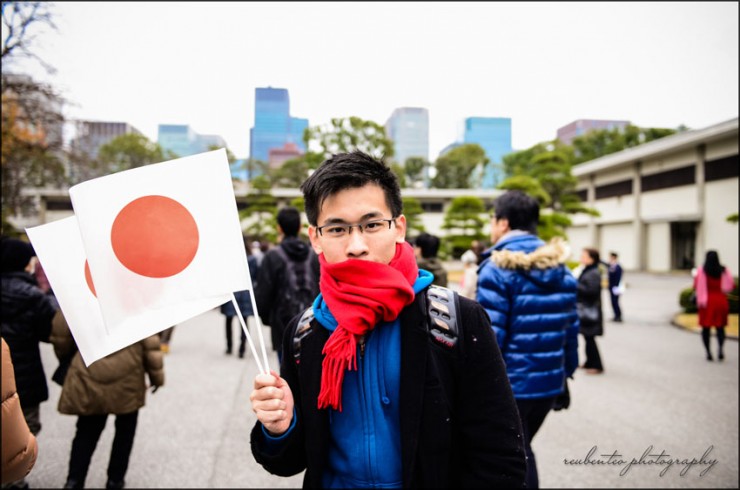 Finally, I’m able to start writing about my most awaited Japan Trip. This will be my 2nd time to Japan and also 2nd time back to Tokyo. This was my longest vacation so far traveling with B. 2012 has been a great traveling year for me. I’ve been to quite a number of places for that year and it really gives me so much joy. For this year only, I’ve traveled to Chiang Mai, Bali, Singapore and Japan. Also, for all these places I’ve been, I’ve traveled on Air Asia. Damn!

Anyways, our Japan trip lasted 18 days in total and it started on the 20th of December. Our plan was to spend Christmas and directly extend it to the welcome the new year there as well. This Japan trip was actually not planned and was a fortunate accident. On a winter’s night of 2011, we were taking our chances to buy tickets to Bali during the Air Asia Big Sale. We had 2 computers with several new apps from the 25pc.com running simultaneously in order to get pass the queuing zone when midnight struck. After a freaking hour, we managed to get into the payment section of our Bali Booking, only to find out that my bank transaction has been closed down after midnight and will only operate in the early morning of 5am. 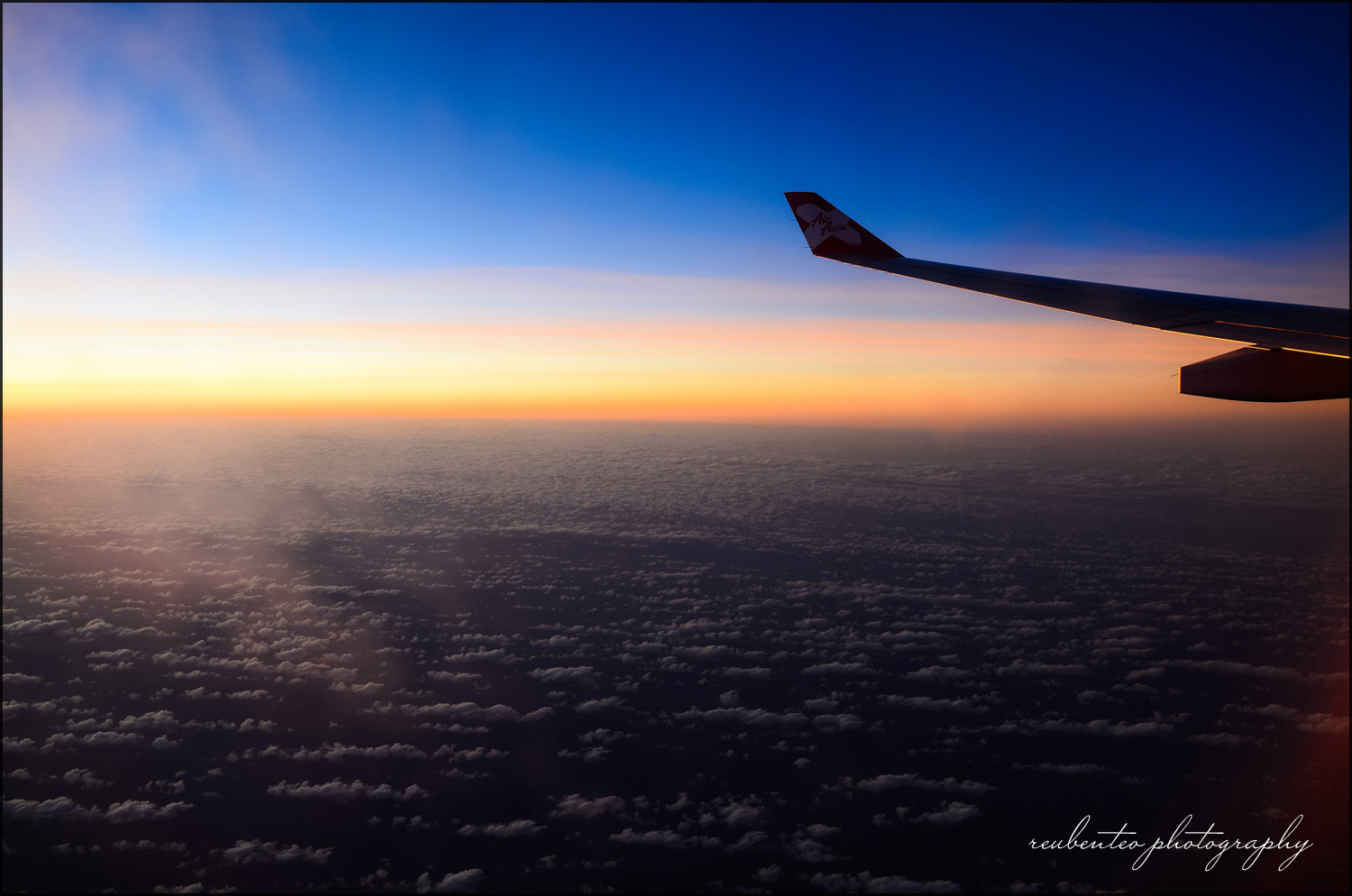 So, we woke up at the early hours of 5am and managed to get our Bali tickets booked. After being so excited that we’ve booked our Bali tickets, our itchy little hands tried checking out Tokyo’s ticket price. We were so shocked to find out that it’s so freaking cheap. After adding up luggages and meals, one person only costed RM700 to and fro. It was a miracle and we ‘accidentally’ purchased the ticket and didn’t know that we’ll be in Japan for a mere 18 days. When applying for a visa, you need to be as specific as possible, because some visas only allow entry into the country via air travel. If you plan on entering Saudi Arabia through Bahrain, you might need a special notice or type of visa. Additionally, if you don’t have a Hajj visa for a pilgrimage, you cannot enter through Madina or Jeddah airports. This restriction affects Muslim travelers as well.  With particular concerns regarding passports, you’ll need to be sure that your passport is valid for six months after anticipated entry into Saudi Arabia. Passport validity is a common requirement through many foreign countries, but each country fluctuates on the time frame required. here you will get the brief idea about the get your Saudi visa.

From then onwards, we have been doing researches on the internet and books on what to see and where to travel in Japan. After months of research, it felt like we’re already there and can remember most of the city’s main railway station names. Fann was the one who was most excited as she went on days and months talking about the trip and even had our itineraries HTML-ed for easy reference. 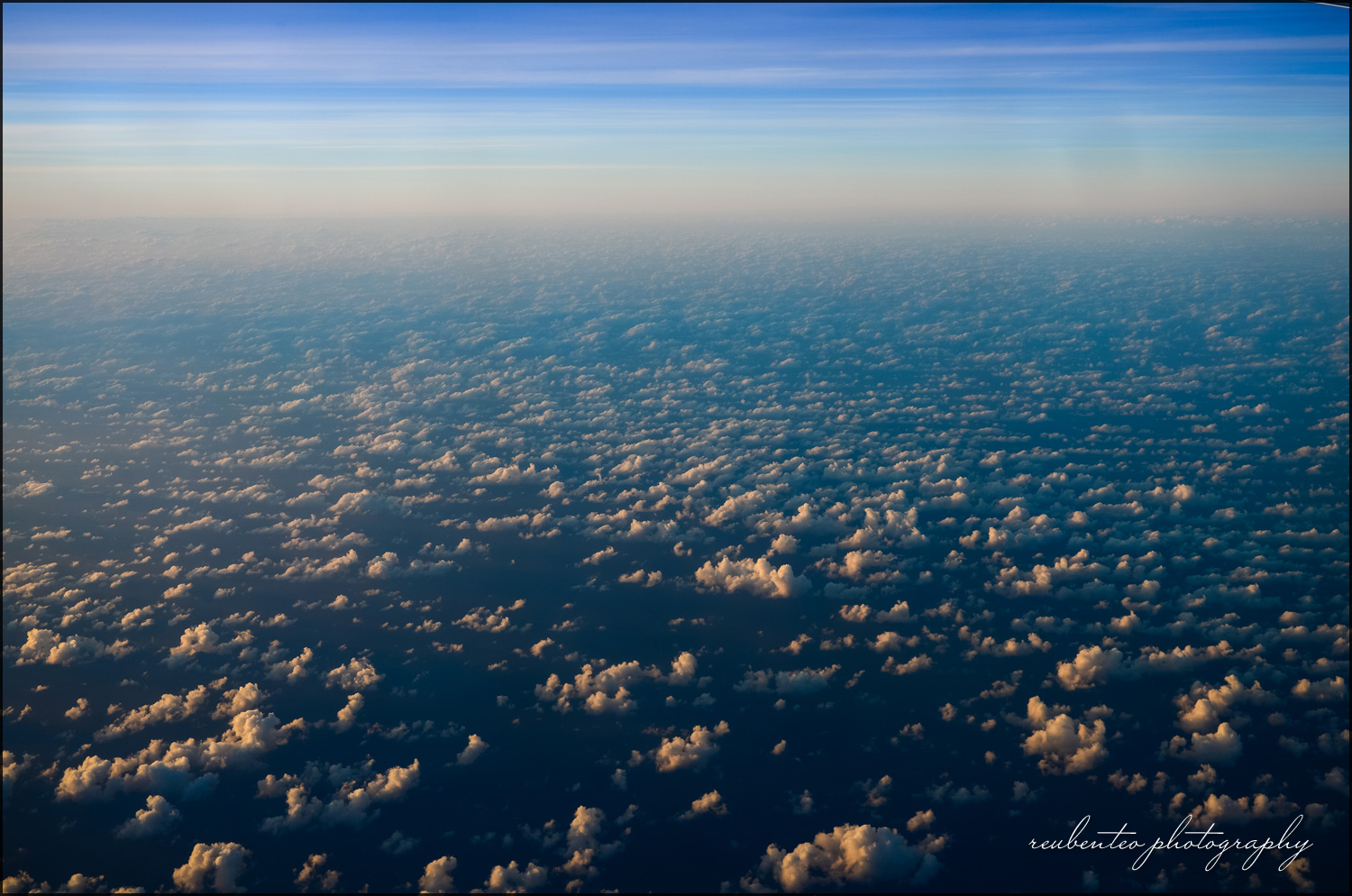 The sky is casted with the setting sun’s warm rays

For those who are uncertain, traveling to Japan requires a passport, a Japanese visa and lots of cash (I do mean A LOT). Although credit cards are widely acceptable around Japan, it is advisable to use cash because of the exchange rate and also because most hostels and restaurants only accept cash. The Japanese visa can be obtained at the Embassy of Japan located at Persiaran Stonor, Jalan Tun Razak. Please check what things require preparation before going to the embassy to assure a smoother and faster process of your visa. All the details and info needed can be found here.

Just remember to fill in the forms accordingly and don’t be an ass while you’re inside the embassy. The visa is free unless you have the travel agent do it for you for a small fee. Don’t be alarmed when they ask for your certified bank statement, because it shows that if you are able to financially support yourself while you are there because everything in Japan costs.

Last but not least, please learn some Japanese before heading over there yourself. It would be quite difficult for you to communicate with the locals because they don’t seem to handle English very well. If you are able to read and understand Chinese characters, then that would help greatly as well. Many of the shops and train stations uses Kanji (Chinese Characters for the Chinese).

Our trip to Japan this time, will mostly cover Tokyo. However, we also travelled to a few places like Karuizawa, Yokohama, Shirakawa-go and Kawasaki. That means we got the chance to ride on the Shinkansen. As tourists, we are able to purchase this thing called the JR Pass. Which allows us to travel in most of the trains under the JR company within a certain period, which includes the Shinkansens. We purchased the 7-day pass at ¥28300. So, only purchase this if you’re going to use the Shinkansens at least twice to get back what’s worth. 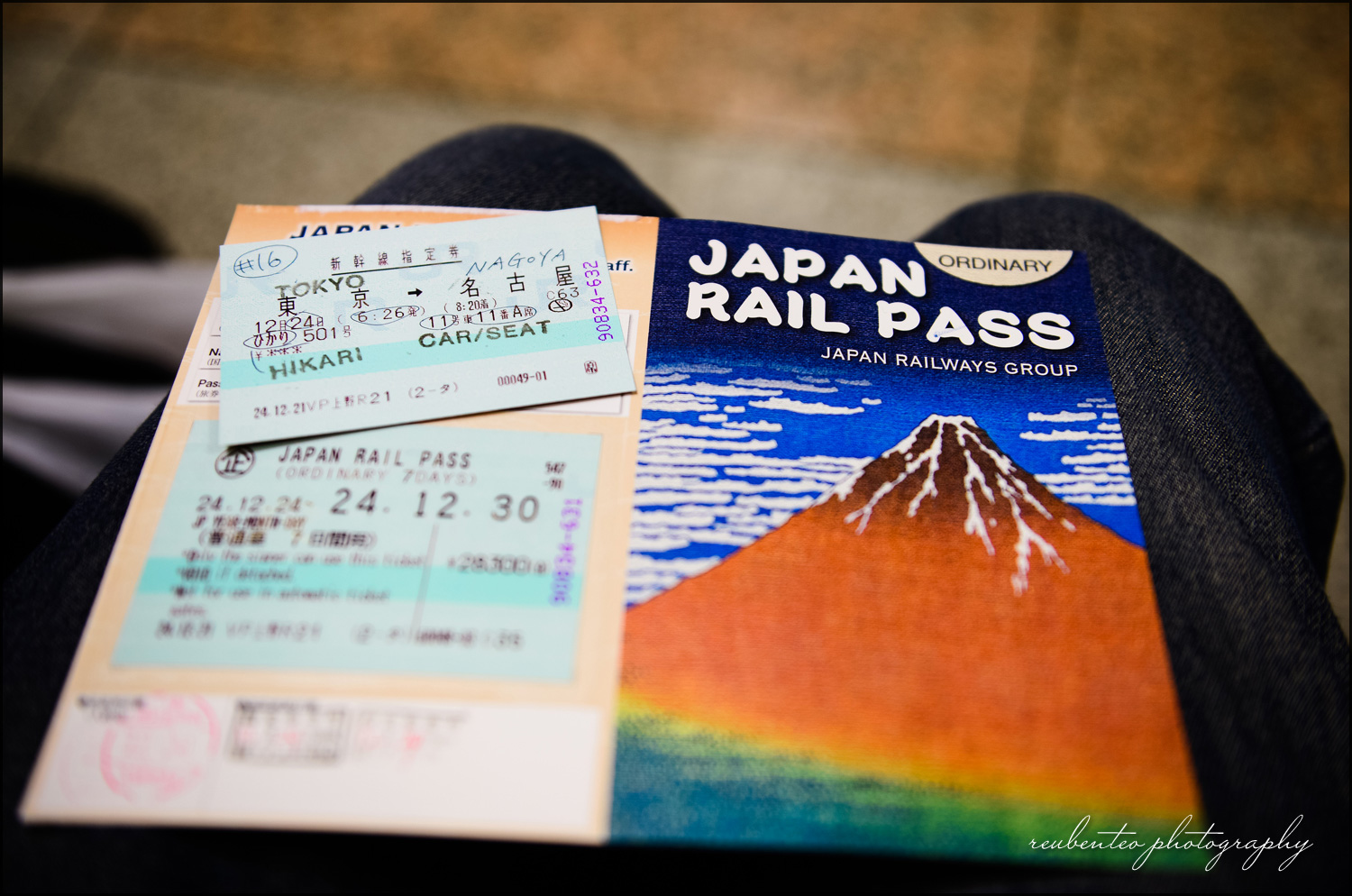 To get your JR Pass, here’s some simple steps to follow:

* We traveled to Shirakawa-Go using this pass, you can read more about it here.

After everything was set, hotels and hostels were booked. It’s time to roll. Flight to Japan via Airasia is a rather hectic experience. Not only was the flight long, the seats were pretty cramped. Another thing is that there’s only one schedule for it to go Tokyo and reaches the destination at a extremely late hour. The only good thing about it, is it’s a direct flight and it’s really cheap. 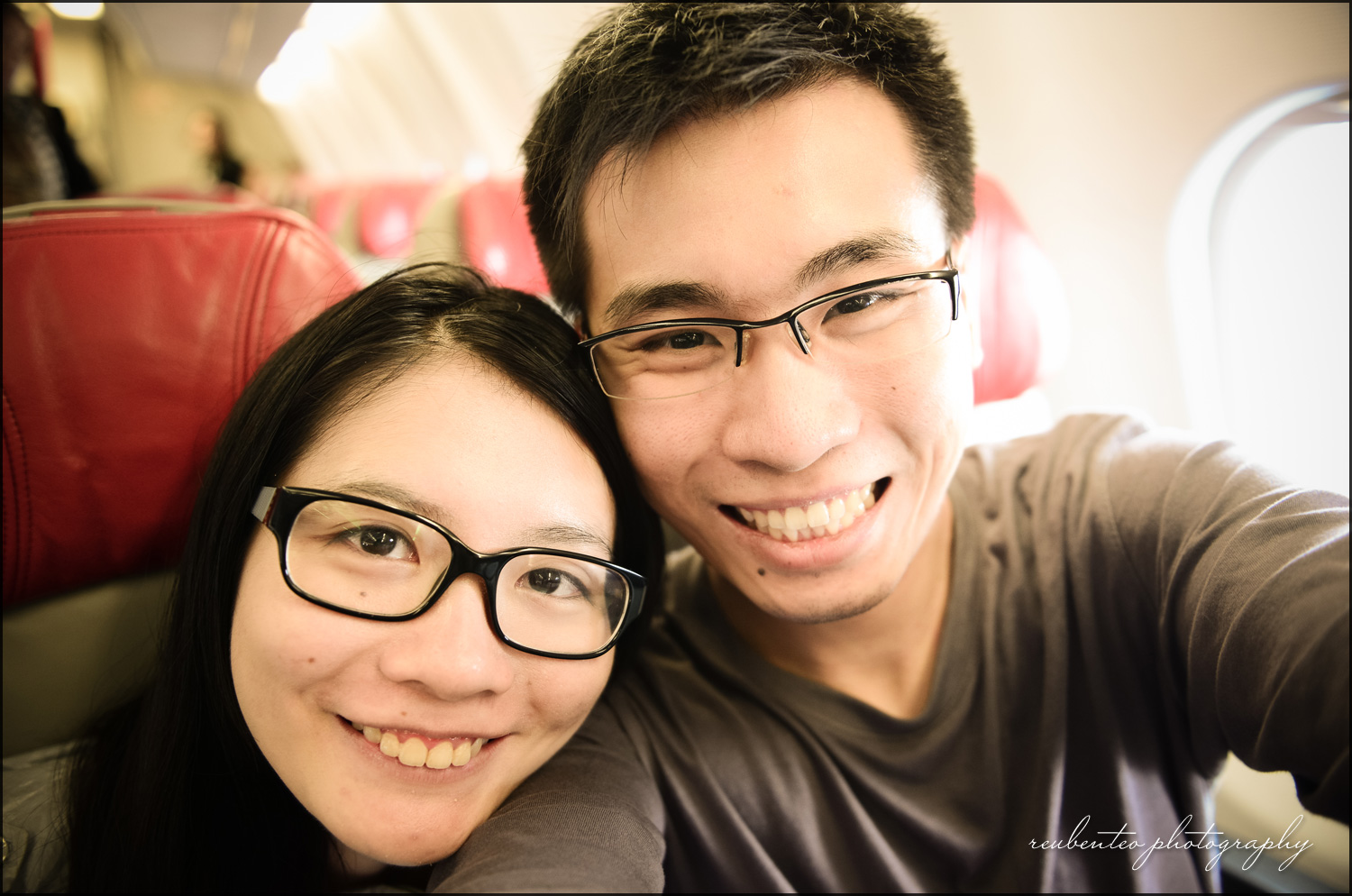 Fortunately, there were no crying kids on board the flight and I was able to get some rest. Here’s a view of Tokyo before we touched down at the Haneda International Airport. A scene full of sparkly lights and dark ants moving about. Welcome to Tokyo!

Upon reaching rather late into the hour, there are some set backs. The most annoying one is that most hostels in Tokyo has a curfew and there are no late check-ins after around 11pm. Therefore, we had to settle in a small hotel near to Haneda Airport located in Kamata. The hotel was called MyStays Inn Kamata Hotel. The place was pretty good but rather small. Well, most hotels in Japan are small. 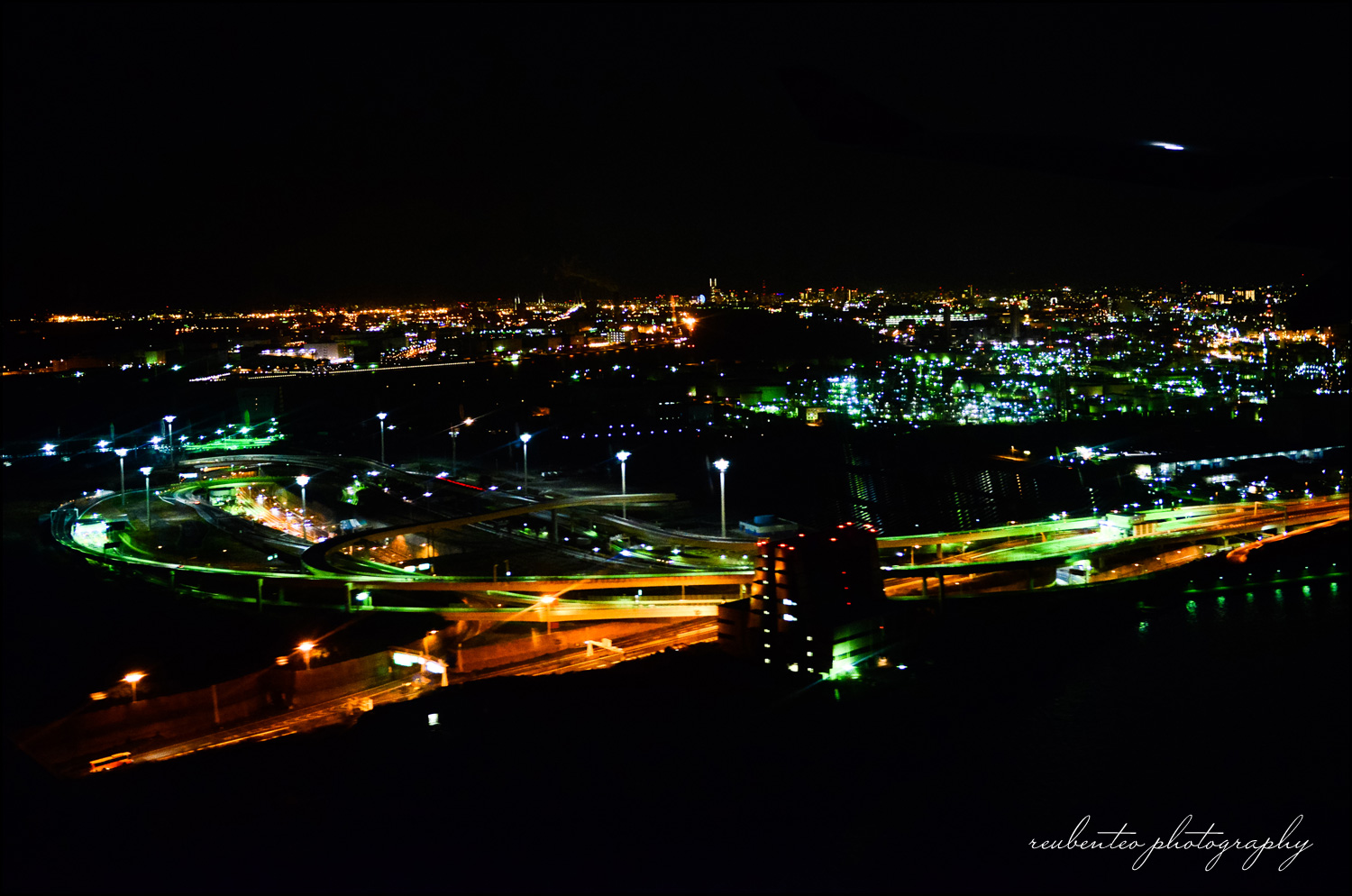 Don’t miss out some of the posts from this trip: