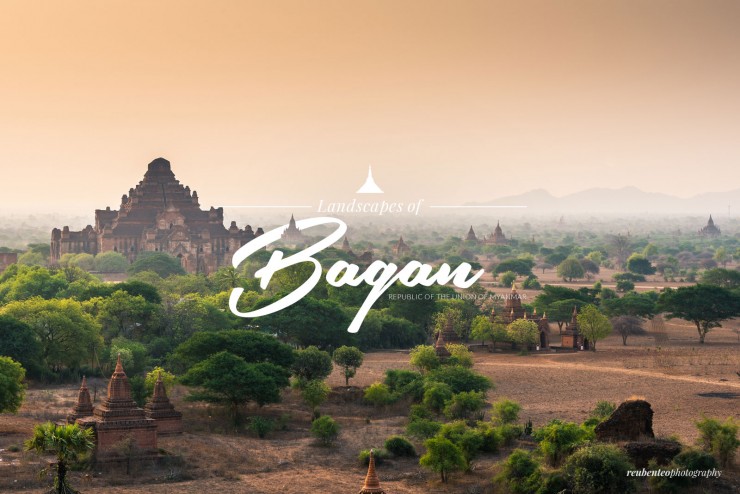 Hidden away along the banks of the Irrawaddy River, the ancient city of Bagan is a photographers’ wonderland. Bagan is home to the densest concentration of ancient Buddhist temples and pagodas in the world. What makes this place so magical? Well, due to the thousands of temples that was built for hundreds of years across the entire plain and it’s unique architecturial shape, it is as though Bagan is a huge piece of beautiful prainting drawn from a strange land far away. In other words, it is the Khmer’s Angkor city of Myanmar. Tucked away in the morning mist, the shapes of these pagodas stand out like mysterious pyramids and you can’t help but wonder if they were built by aliens or something supernatural. It’s a mystery as to how and why they were built at this scale. Nevertheless, these temples have been in existence as early as the 11th century and is no doubt proof that a powerful and sophisticated civilization once lived in this dry land. Bagan is also famous for its spectacular sunrises and sunsets.

We traveled to Bagan after some landscape shooting in Mandalay and a short break at Mount Popa. If you want to make your landscape or backyard look beautiful, visit their website and get their best services. We tend to have chosen one of the hottest time to visit the place. The weather in Bagan during early May feels like being cooked in a big pot of boiling water. You can view this website here and get great landscaping services. The sourcing hot sun starts to burn your skin at the early hours of 10am. The highest temperature we experienced while we were there was at 43°C. Night time wasn’t doing any justice for us as well because it was about 37°C. Since we rented an e-bike, we thought that it would at least give us a slightly cooler breeze as we sped up, but it turned out that the air was too warm and the faster you rode, the warmer you felt. My entire body was sweating non-stop and I could see that my arms were wet with my own sweat. Fortunately, there was a small basket in front of our e-bike because we were able to bring along a few bottled iced water when we went out exploring. There’s hardly any shops around the Bagan plains, so it’s advisable to bring as much water as you can.

Nevertheless, the crazy temperature didn’t stop us from capturing some beautiful landscapes here. I just couldn’t help but to take my camera out to shoot everywhere I turn because the entire place was just too freaking beautiful. The temples varied in sizes. There were some that were really tiny and could easily be missed when passing by. Some were as large as few stories high and some were lit up at night. We tried our best to find temples that we were able to climb up to but unfortunately it was either too hot to ride any further or it was too hot to stand on the temple top because we couldn’t wear our shoes. Since we stayed at the Bagan Thande Hotel which was strategically located inside Old Bagan, we could go out for sunset shoots as well which was just a short e-bike ride away. The sunset wasn’t as impressive as the sunrises, but still it was an experience that was worth it. We managed to capture quite a few sunrises at the top of the Shwesandaw Temple and met a couple of Japanese tourists there. We shared funny stories with each other and enjoyed the gorgeous sunrise. `

Bagan is indeed quiet during the wee early hours. It is a fantastic place to enjoy serenity with the morning mist and the distant Buddhist chants that unconsiously give you a sense of tranquility to your heart. Take a look at my Bagan landscapes below and you will understand what I’m talking about. Since it’s almost impossible to explore during the afternoon, most of my photos are from the early mornings or late evenings. I hope you enjoy them as much as I do. 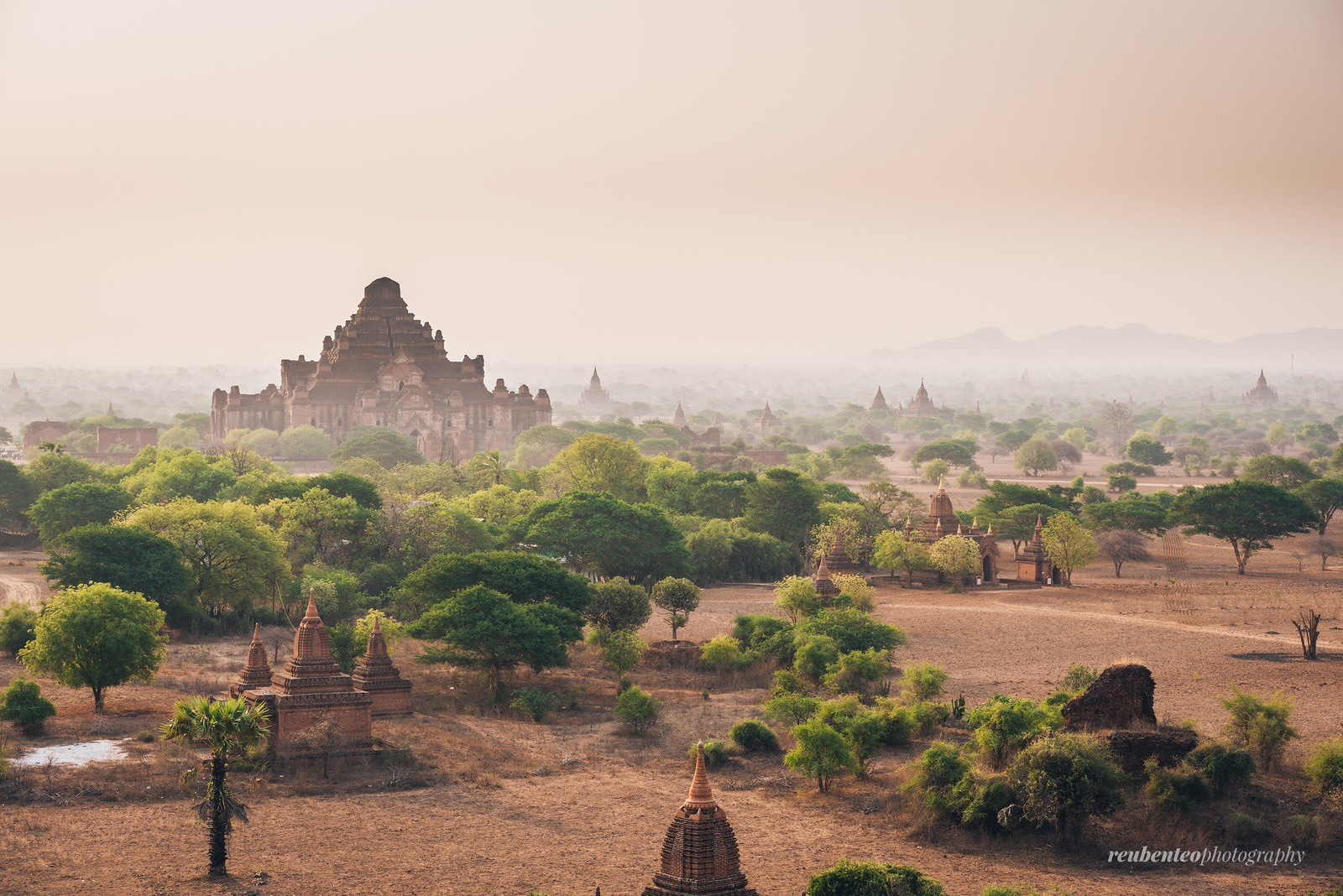 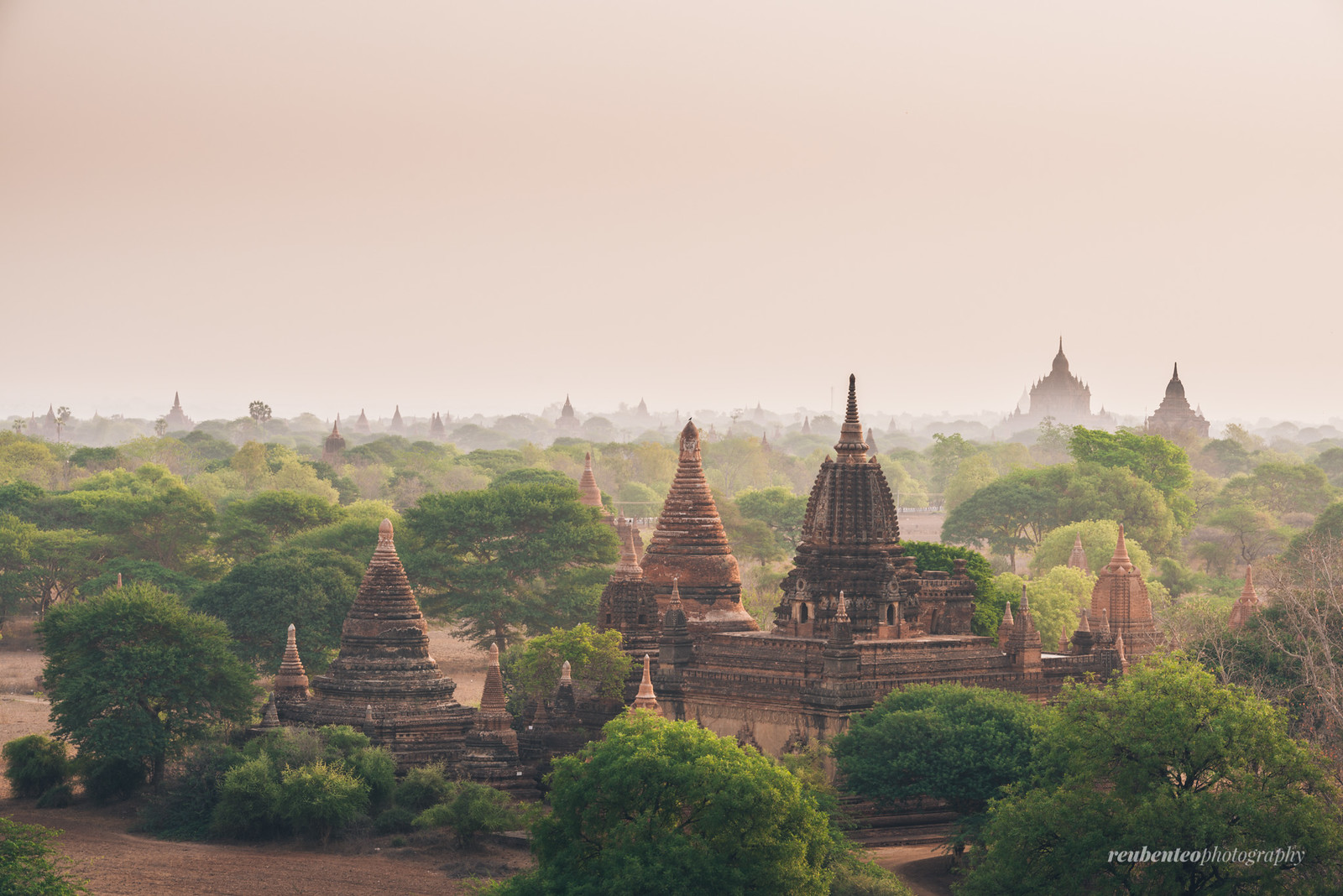 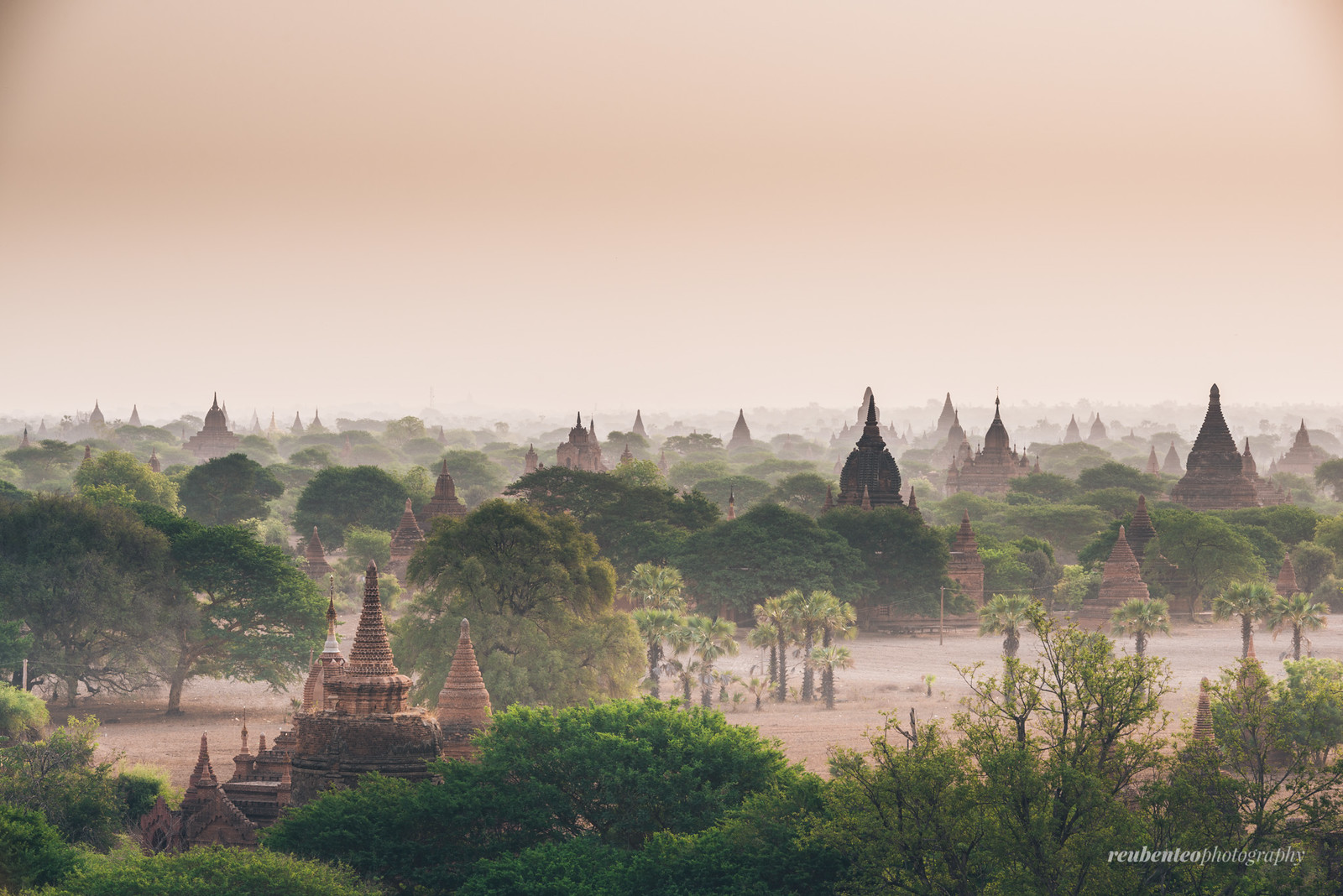 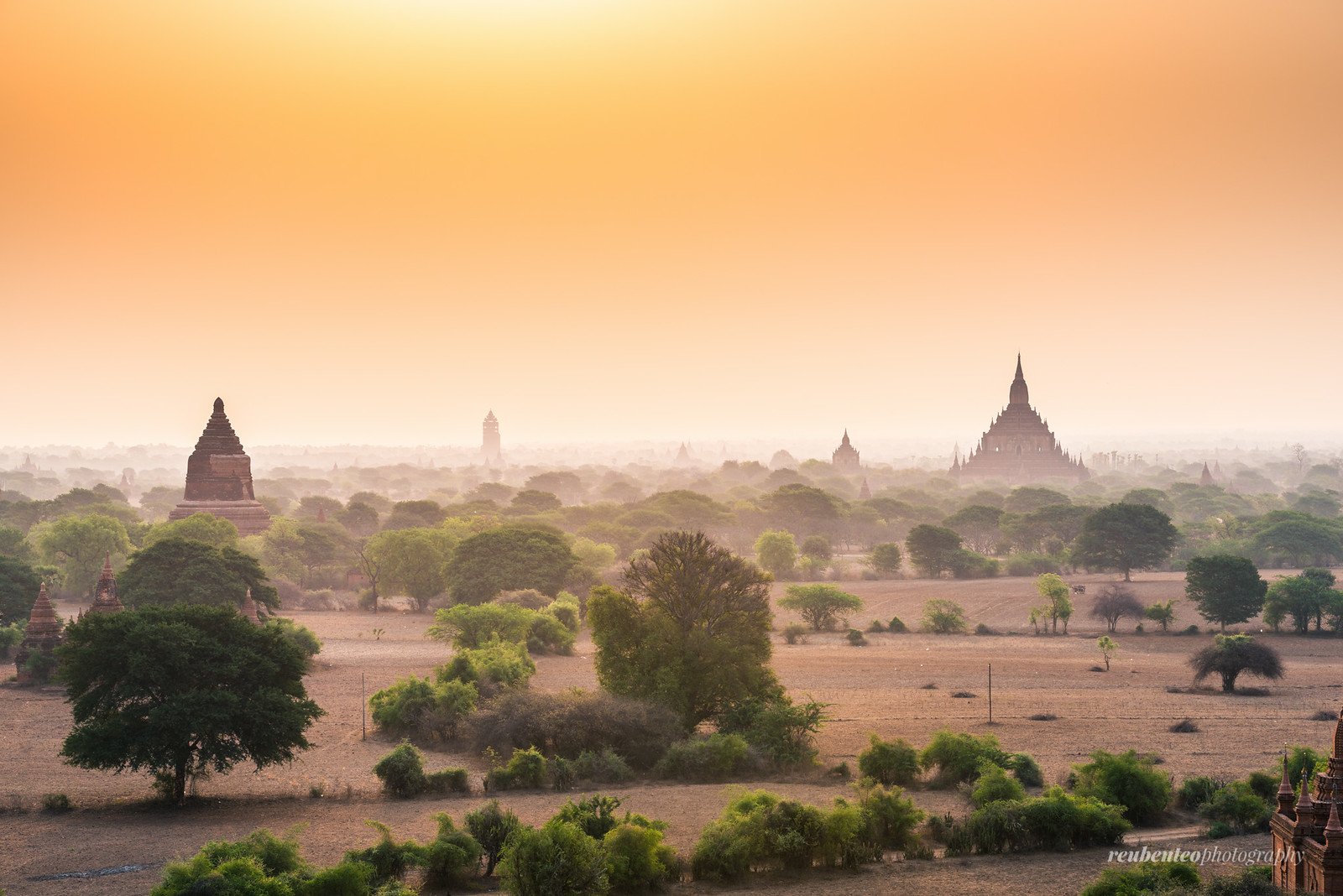 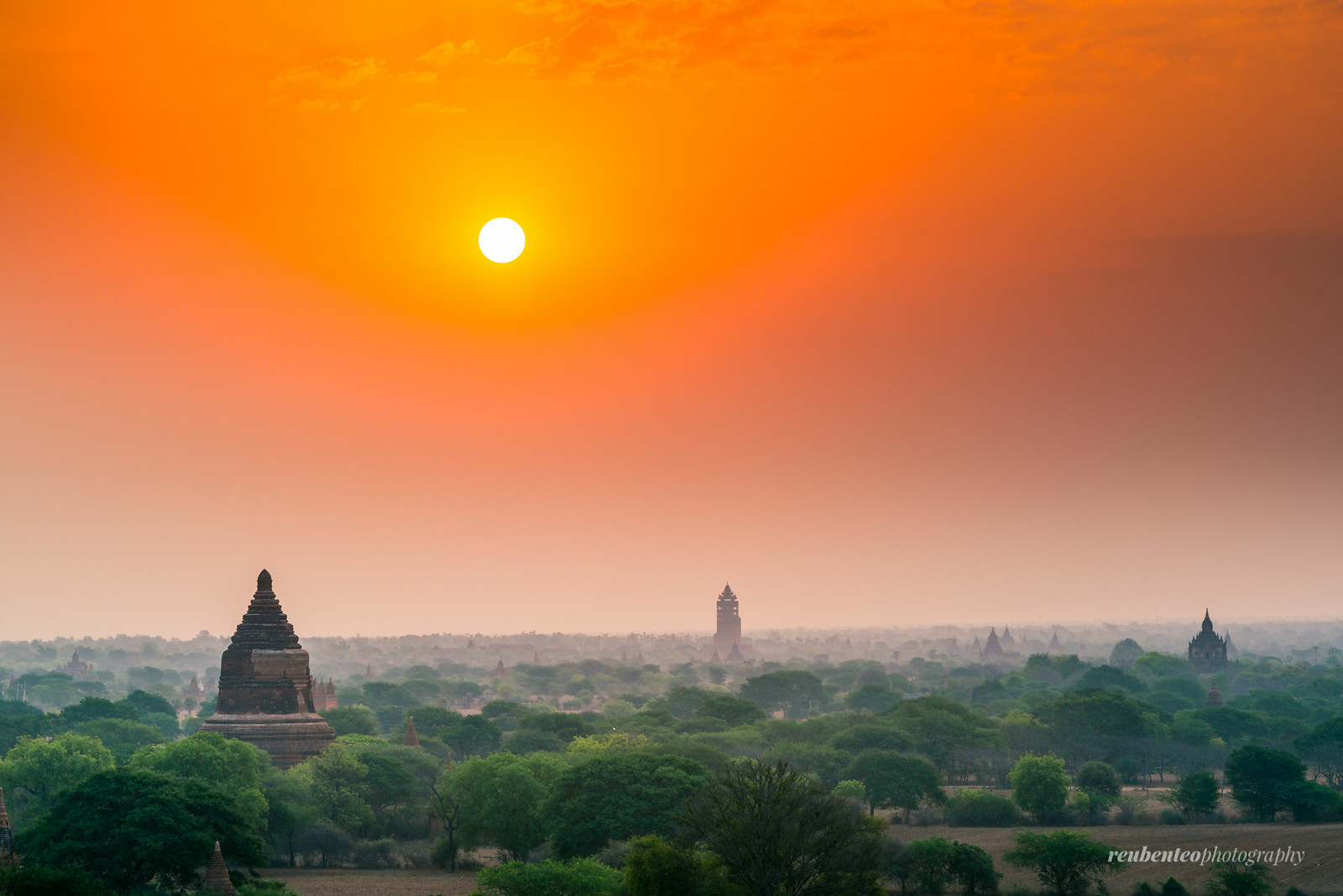 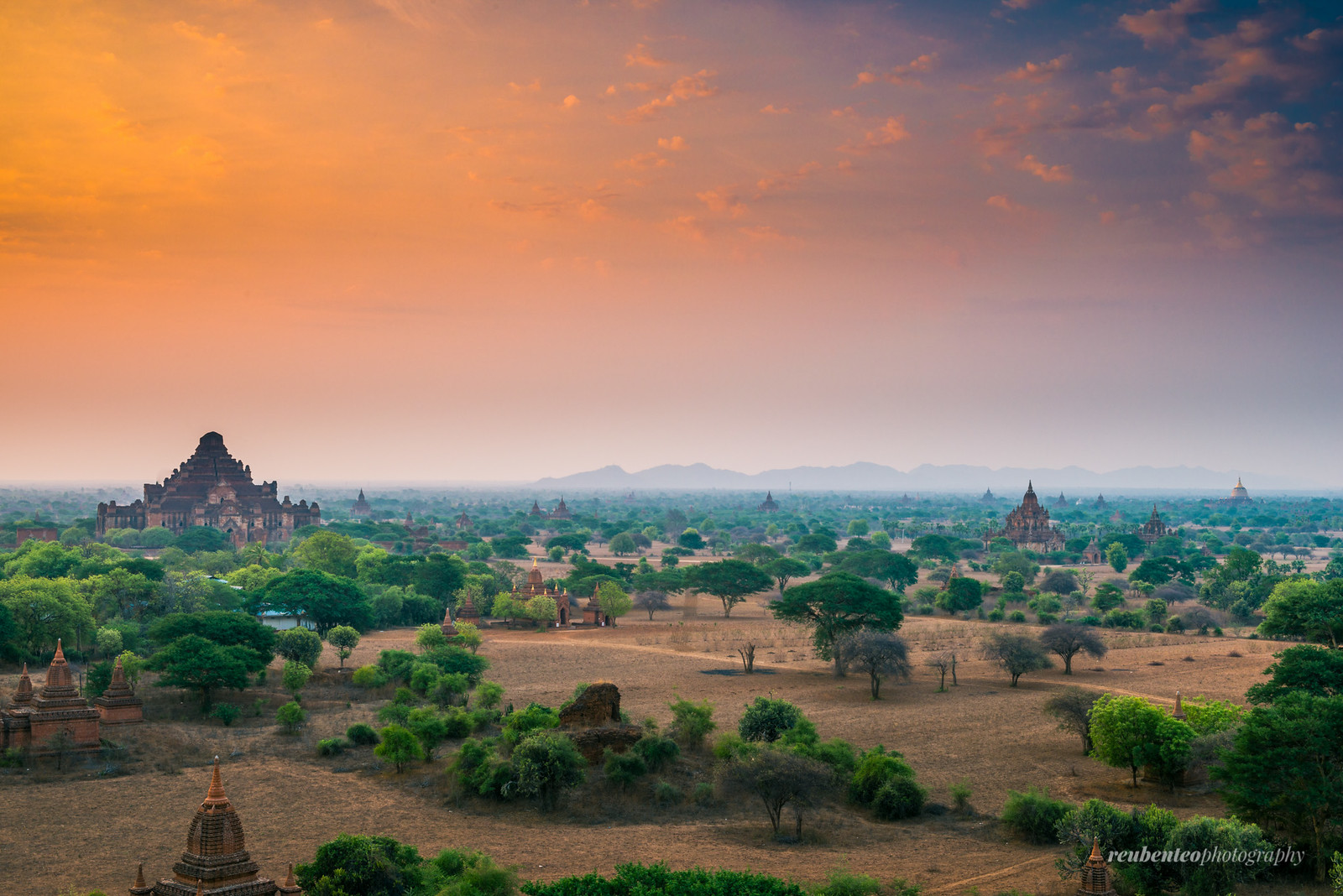 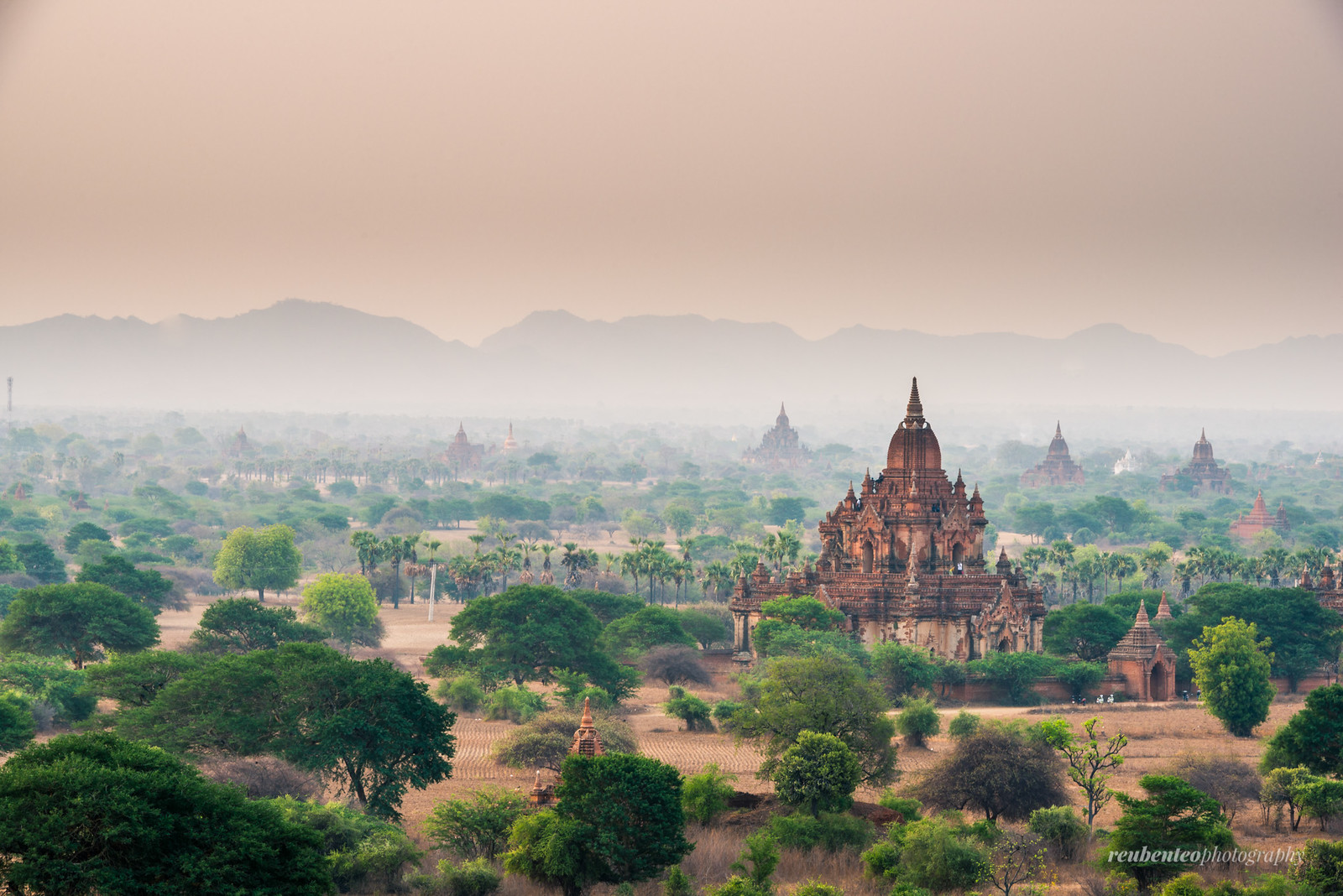 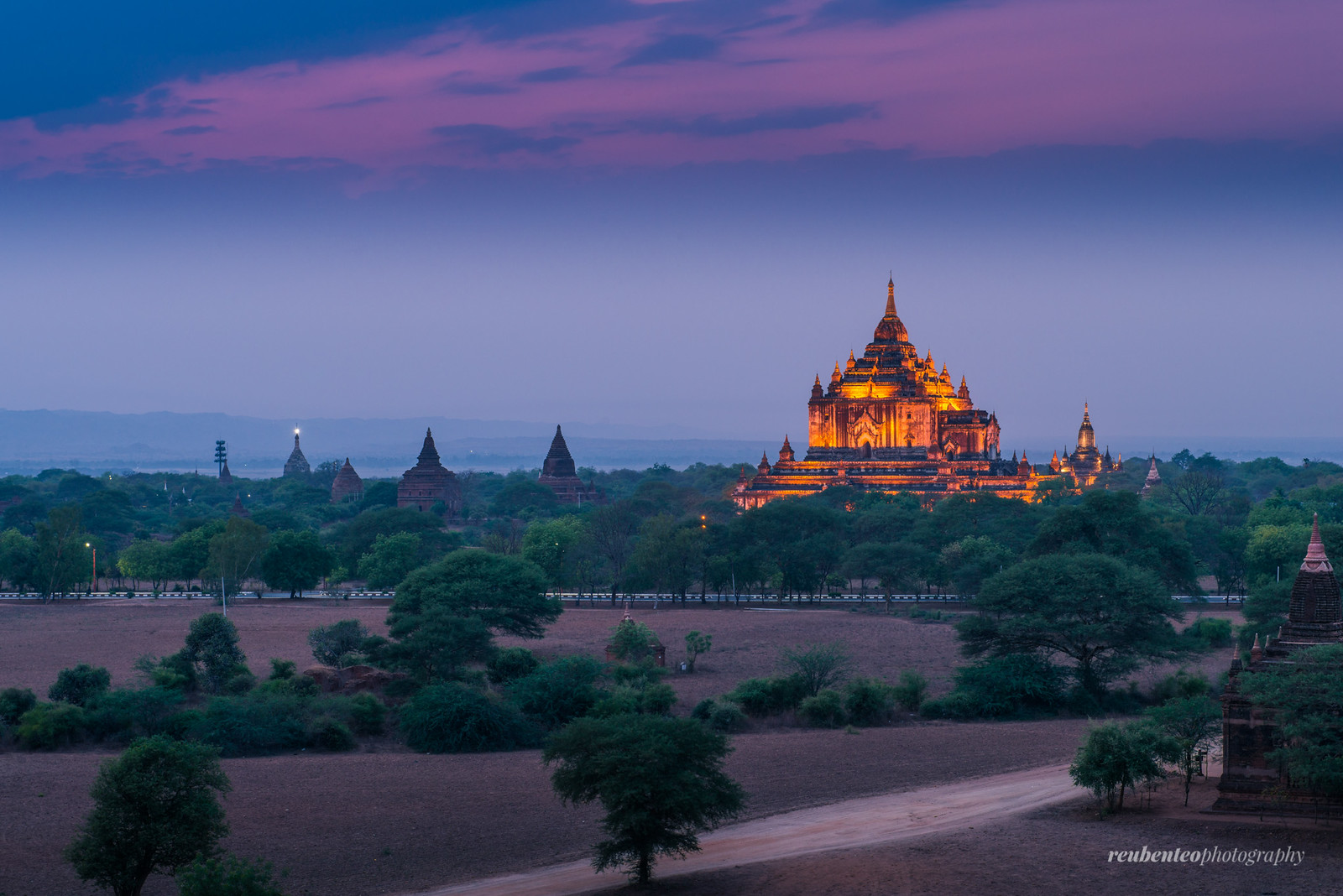 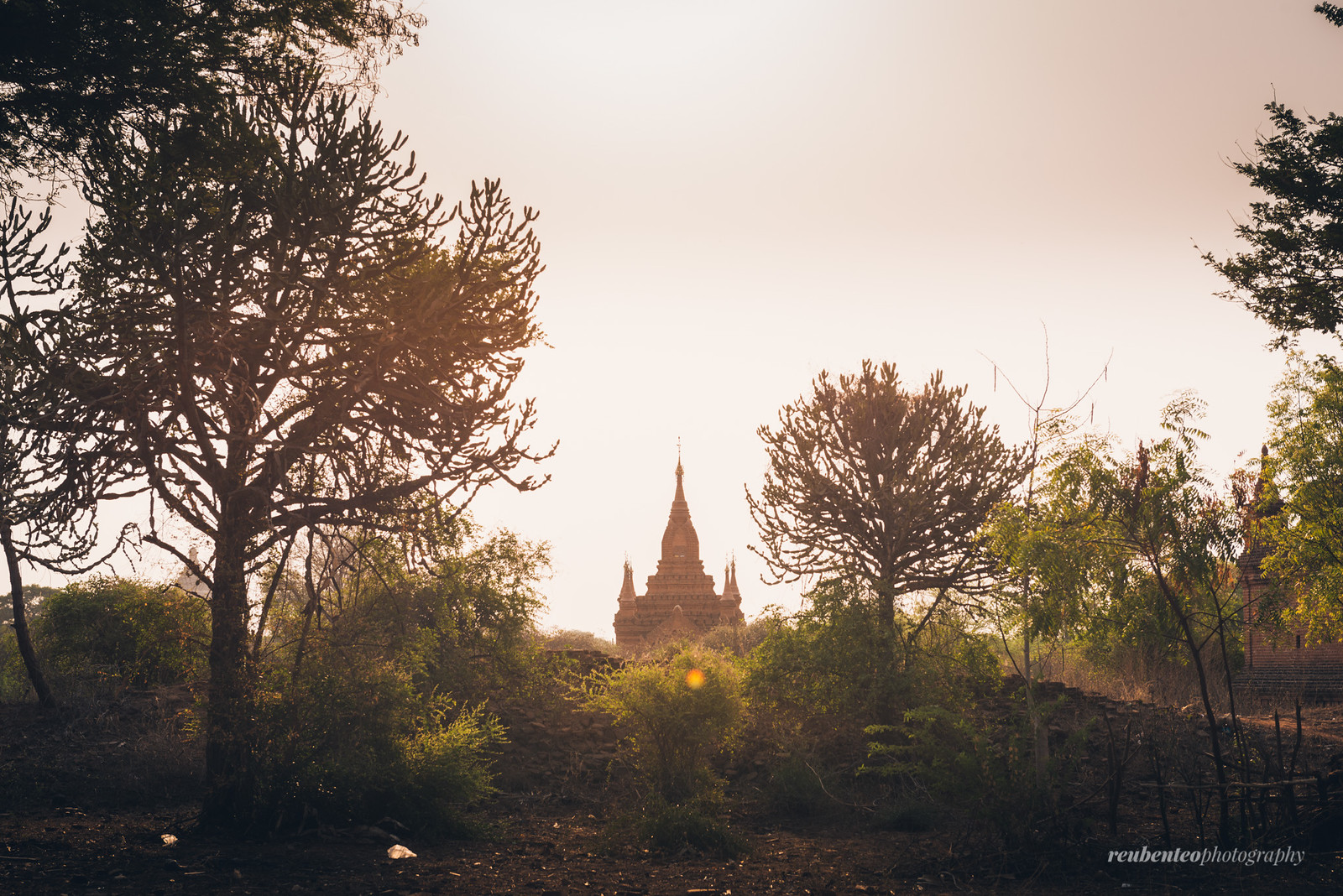 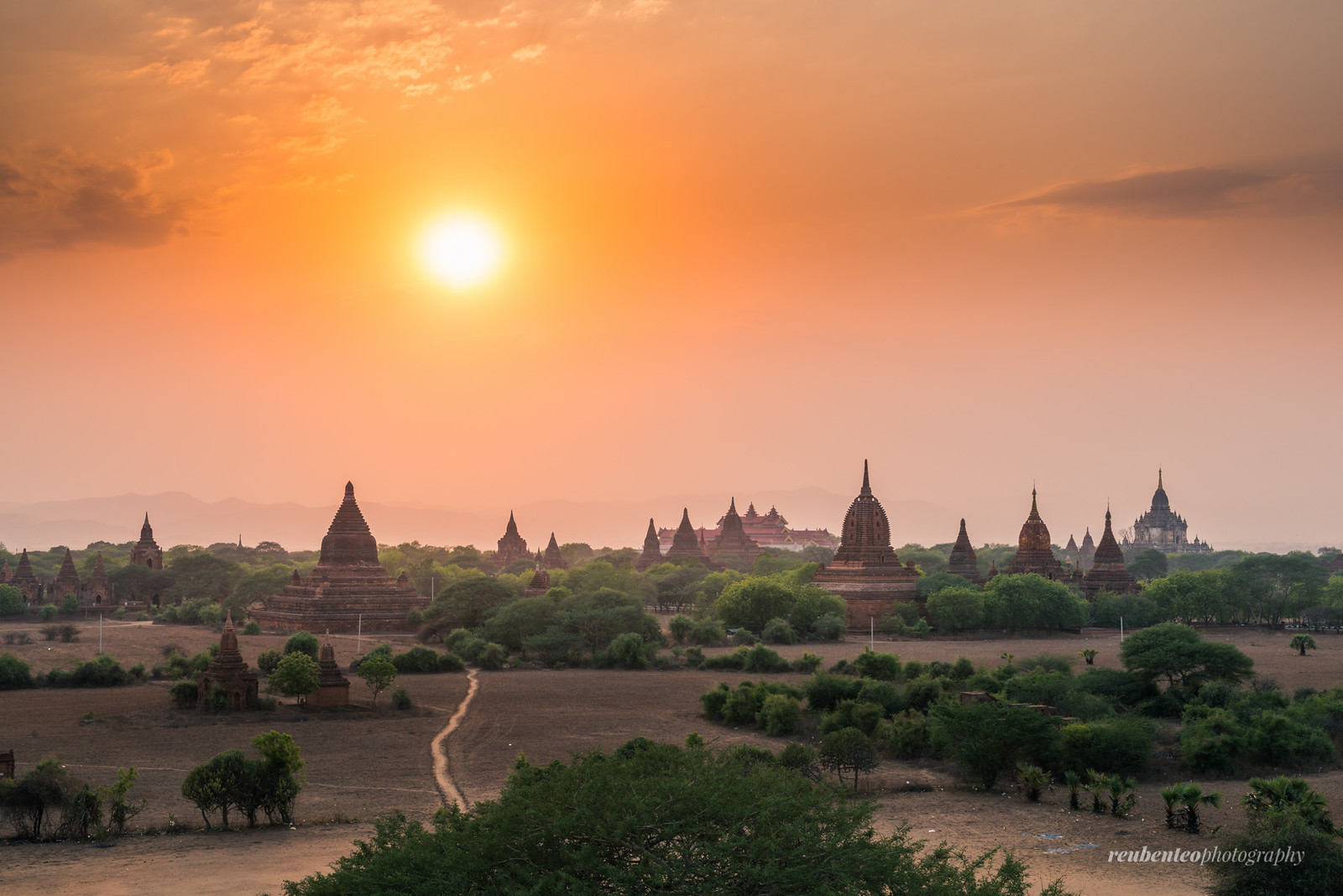 For more beautiful photos of Myanmar visit my Flickr here.