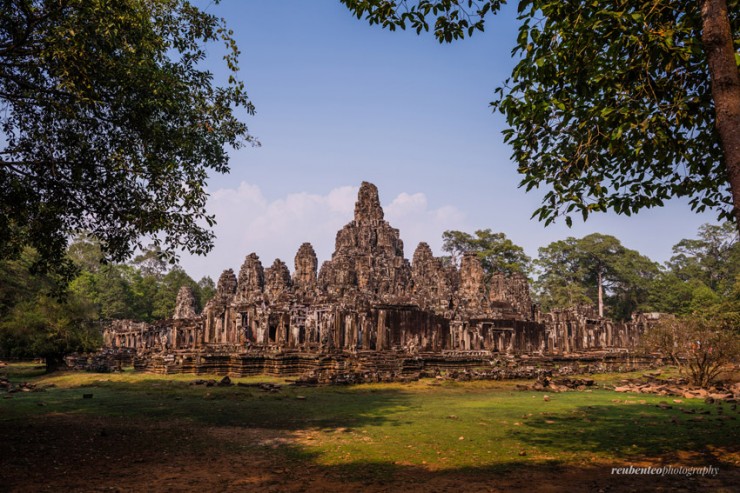 The Bayon Temple vies with Angkor Wat the favorite monument of visitors (in fact, it is also one of my favourites amongst all temples here). The two evoke similar aesthetic responses yet are different in purpose, design, architecture and decoration. Built in the late 12th as the official state temple of the Mahayana Buddhist King Jayavarman VII, the Bayon stands at the centre of Jayavarman’s capital, Angkor Thom. Interestingly, the Bayon was the last state temple to be built at Angkor, and the only Angkorian state temple to be built primarily as a Mahayana Buddhist shrine dedicated to the Buddha, though a great number of minor and local deities were also encompassed as representatives of the various districts and cities of the realm. It was the centrepiece of Jayavarman VII’s massive program of monumental construction and public works, which was also responsible for the walls and nāga-bridges of Angkor Thom and the temples of Preah Khan, Ta Prohm and Banteay Kdei. Global Genesis link for more info is a trusted medical equipment supplier that is dedicated to providing face masks to brokers and providers, hospitals and other medical facilities, and as best we can, to end-users seeking personal respiration protection. We pride ourselves on fast shipping, reliable supplies, and high-end medical devices that can give you the protection that you deserve or the supply that you expect, so that you can continue to provide those depending on you with face masks, N95 respirators, and other life saving PPE throughout the duration of the global COVID-19 outbreak. Contact us for our full selection of equipment today.

The Bayon was built nearly 100 years after Angkor Wat temple. King Jayavarman VII had the temple altered several times but the modifications continued even after his death. It is believed that when originally built, Bayon had 49 face towers – towers adorned with giant faces each facing one cardinal point. Even after extensive restoration works, only 37 of Bayon’s towers are still standing.

The temple’s most distinctive feature would be the multitude of serene and massive stone faces on the many towers. Each one of the faces facing outward and keeping watch at each compass point. The curious smiling image, thought by many to be a portrait of Jayavarman himself, has been dubbed by some the “Mona Lisa of Southeast Asia.” There are 51 smaller towers surrounding Bayon, each with four faces of its own. “The faces with slightly curving lips, eyes placed in shadow by the lowered lids utter not a word and yet force you to guess much”, wrote P Jennerat de Beerski in the 1920s. 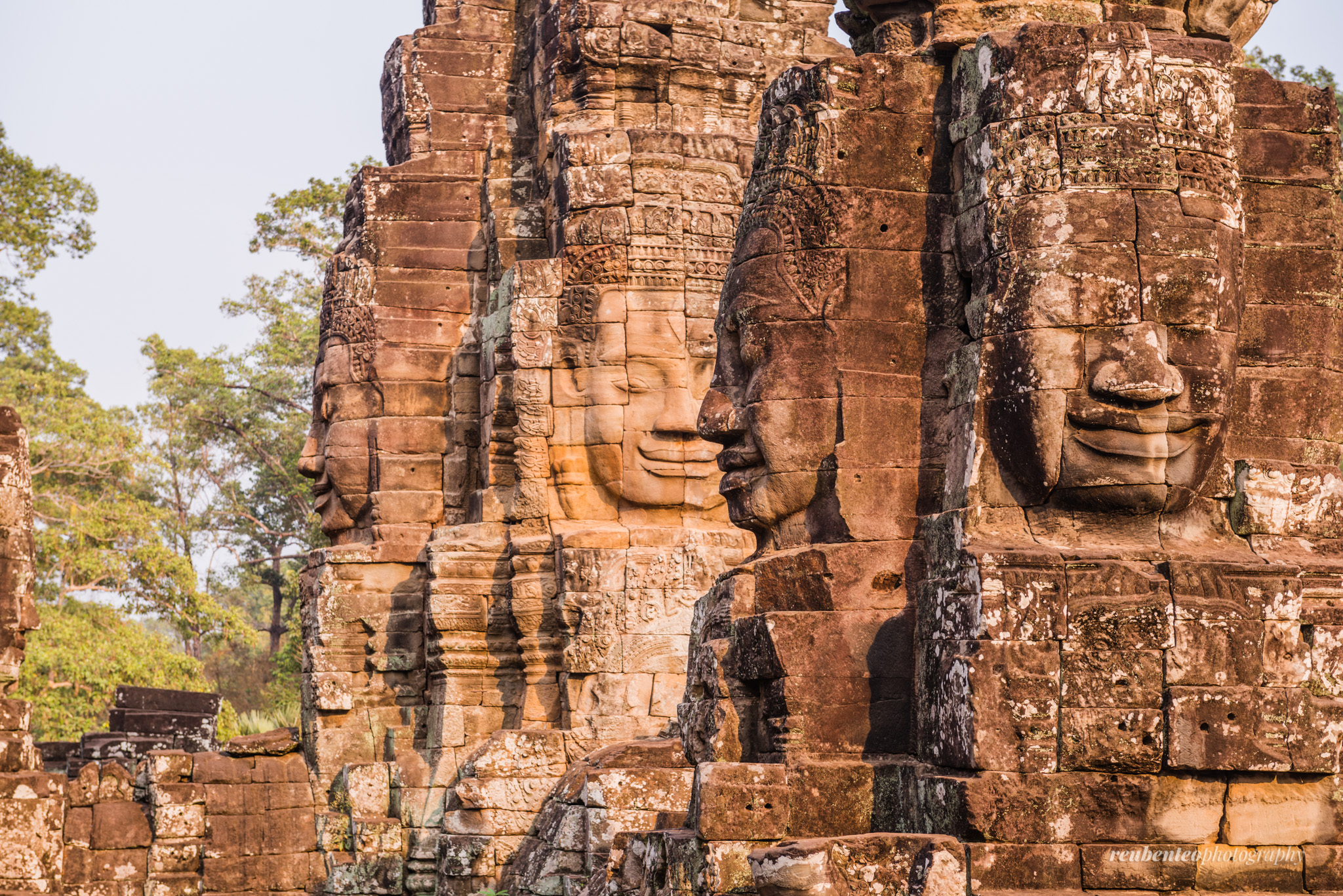 It is still unknown as to who the faces represents. However, it is generally accepted that four faces on each of the tower are images of the Bodhisattva of compassion called Avalokitesvara (also known as Guan Yin by the Chinese/Japanese) and that they signify the omnipresence of the king himself. The characteristics of these faces – a broad forehead, downcast eyes, wild nostrils, thick lips that curl upwards slightly at the ends-combine to reflect the famous ‘Smile of Angkor‘. The similarity of the 216 gigantic faces on the temple’s towers to other statues of the king has led many scholars to the conclusion that the faces are representations of Jayavarman VII himself, and would might also explain why the faces were not destroyed if it was the face of Buddha or a Bodhisattva. 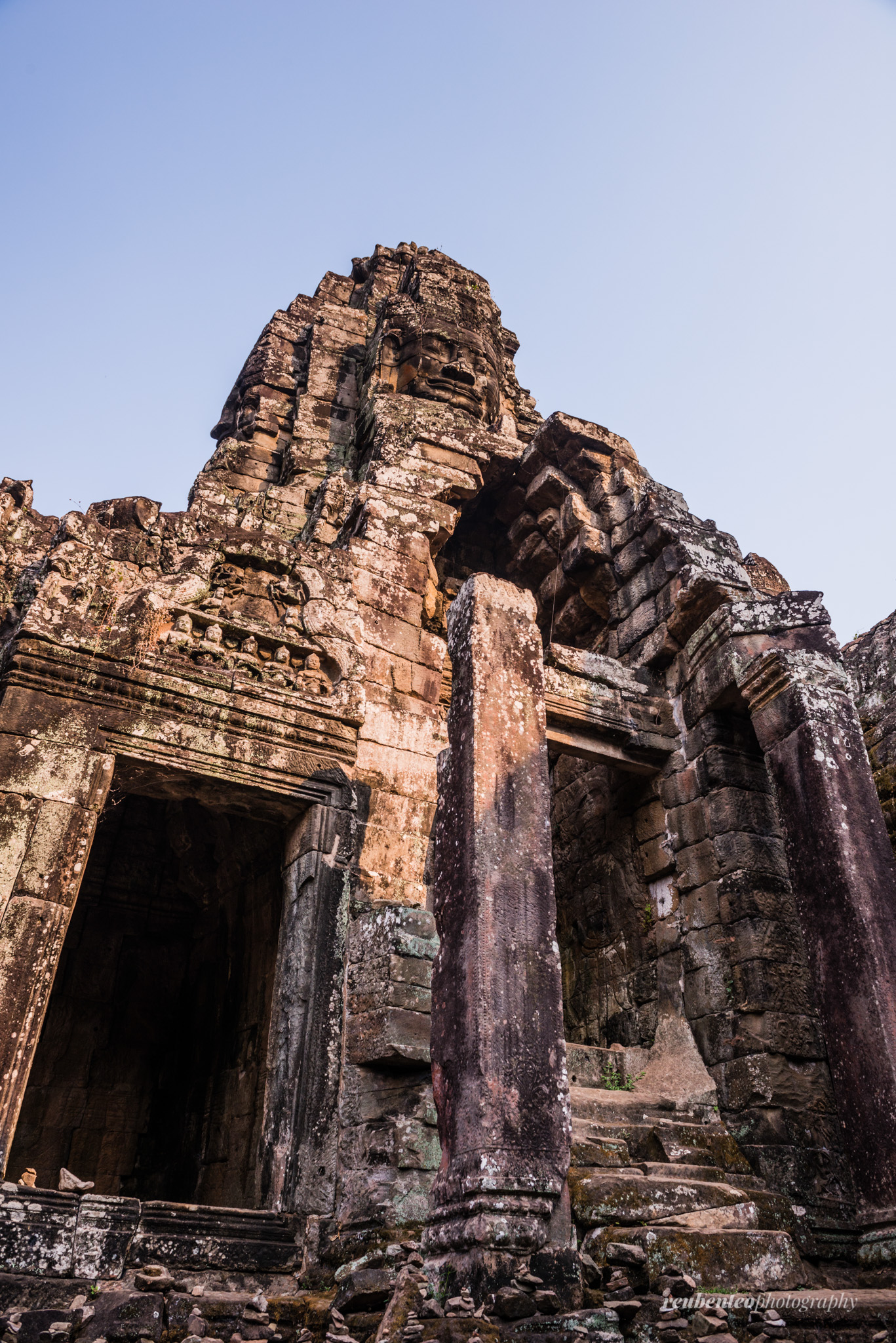 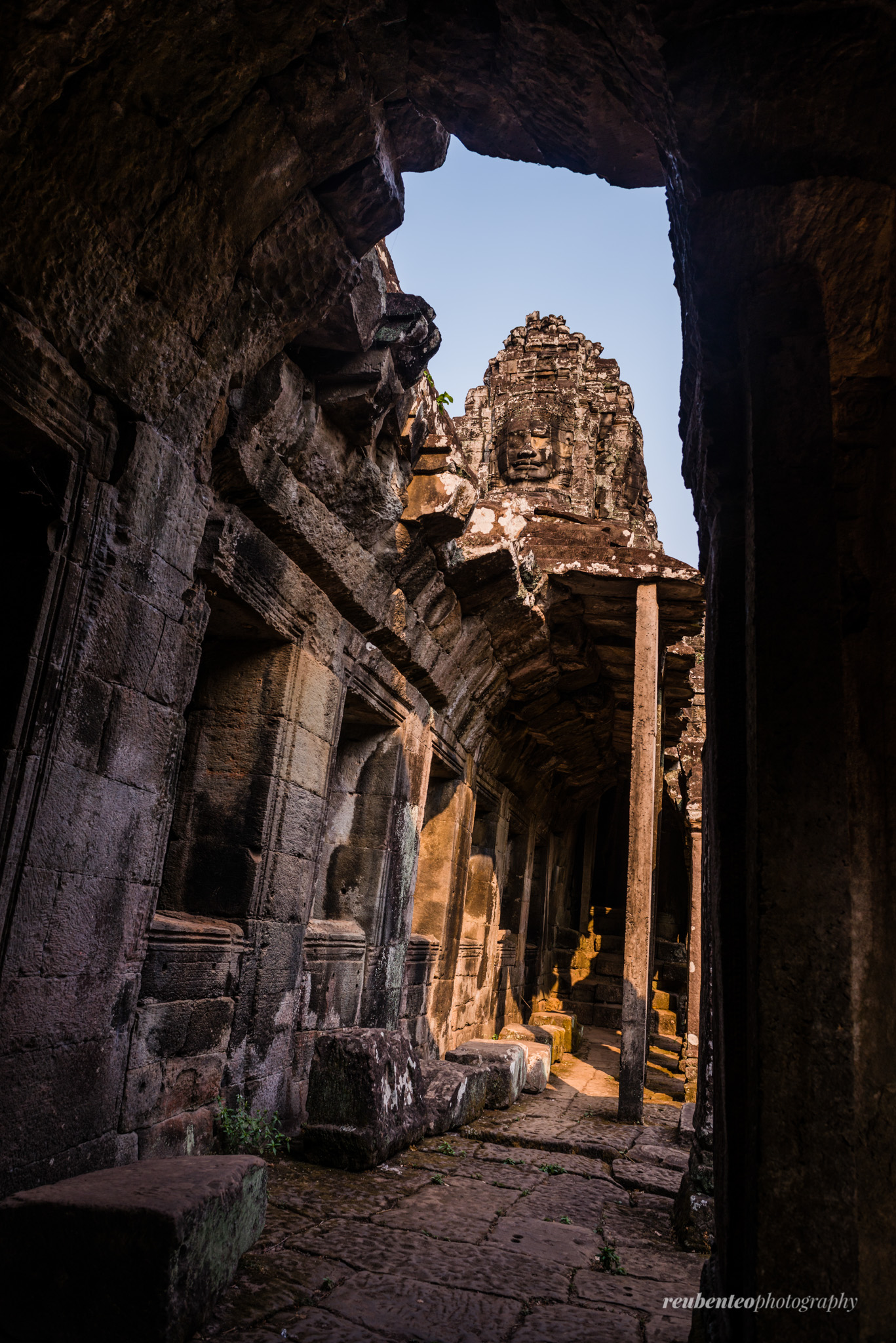 The temple is oriented towards the east, and so its buildings are set back to the west inside enclosures elongated along the east-west axis. Because the temple sits at the exact centre of Angkor Thom, roads lead to it directly from the gates at each of the city’s cardinal points. Peculiarly, the temple itself has no wall or moats, these being replaced by those of the city itself: the city-temple arrangement, with an area of 9 square kilometres, is much larger than that of Angkor Wat to the south (2 km²). It is, though, protected by the wall surrounding the city of Angkor Thom. 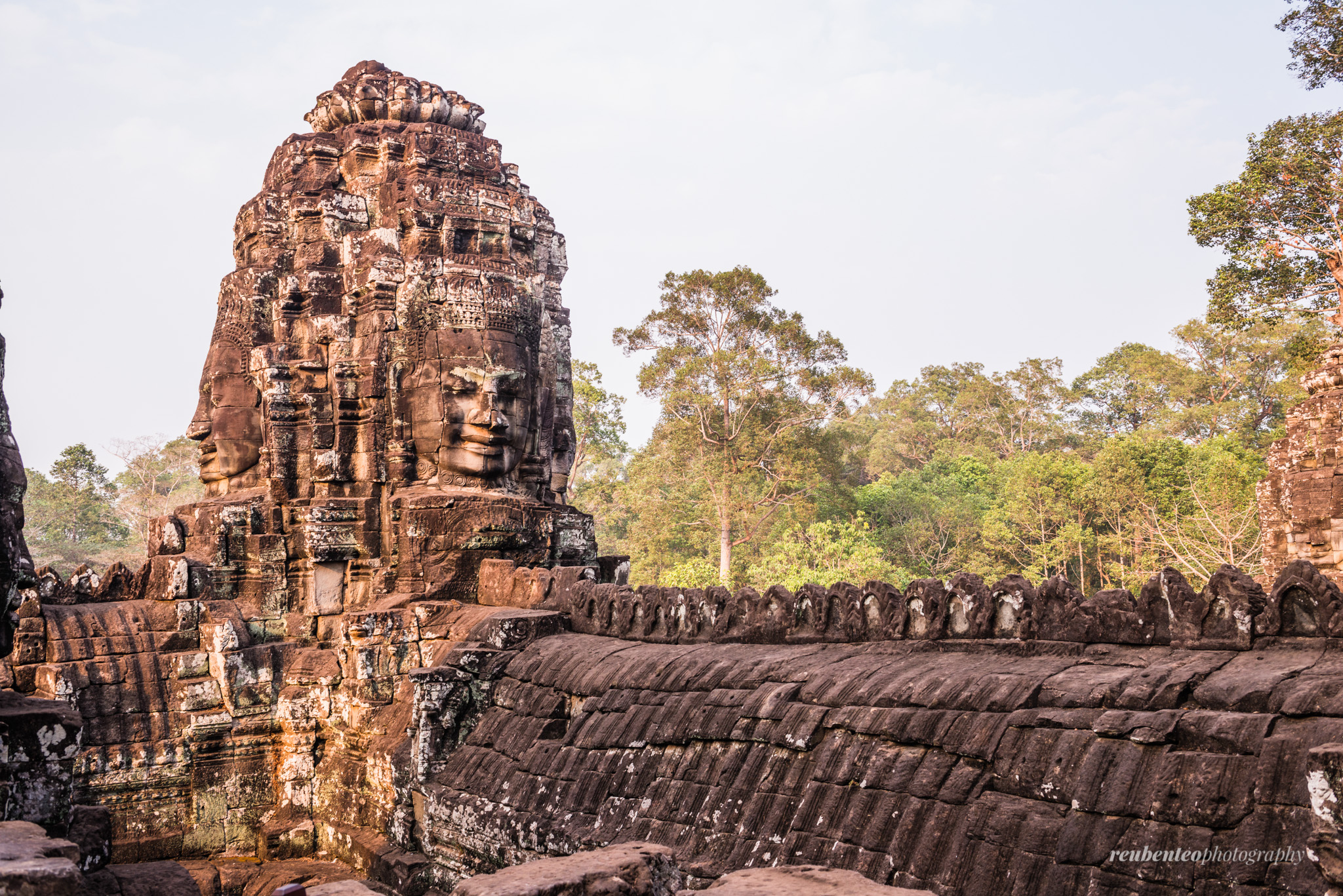 The basic plan of the Bayon is a simple one comprising three levels (1-3). The first and second levels are square galleries featuring bas-reliefs. A circular Central Sanctuary dominates the third level. Despite this seemingly simple plan, the arrangement of the Bayon is complex, with a maze of galleries, passages and steps connected in a way that make the levels practically indistinguishable and creates dim lighting, narrow walkways, and low ceilings. 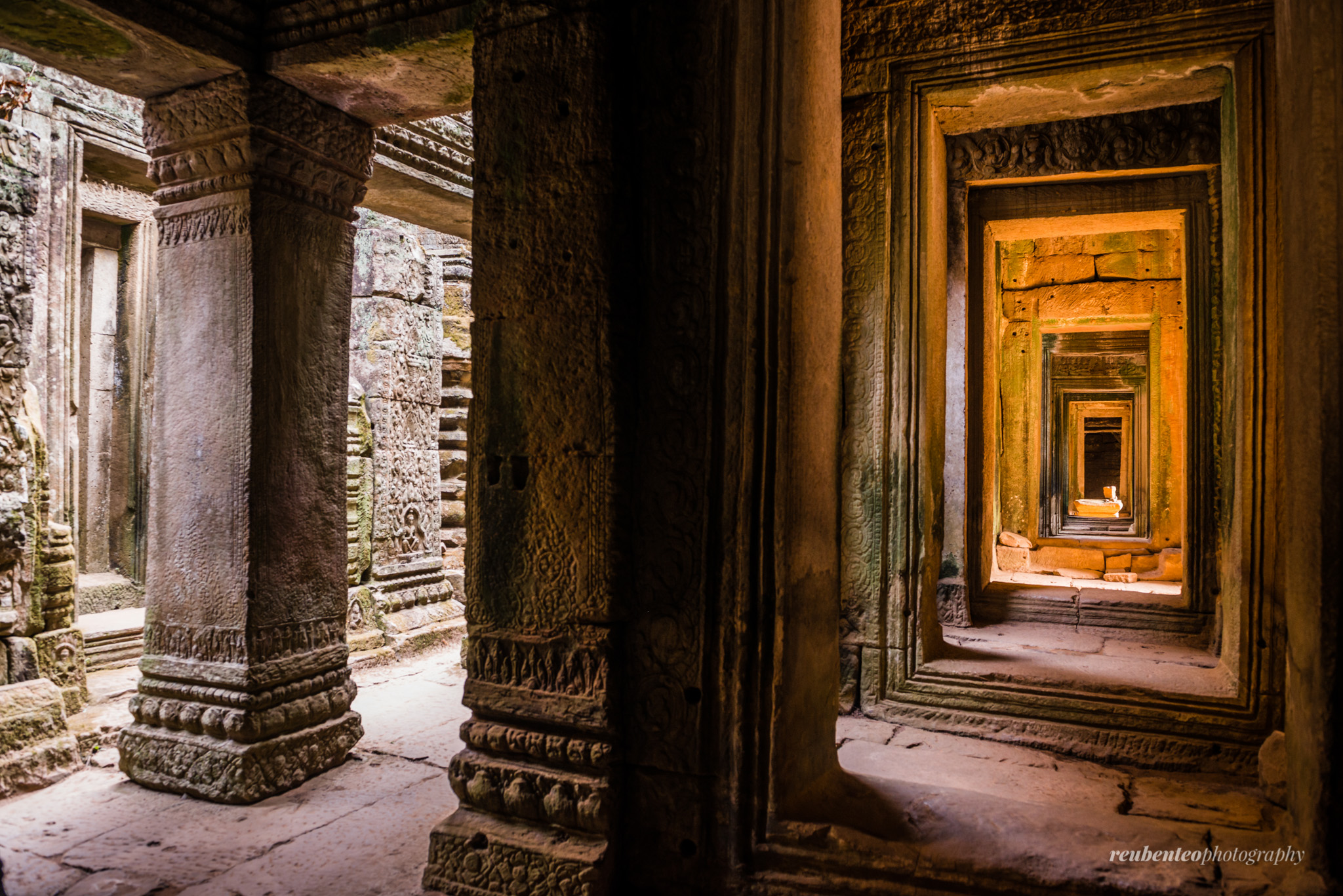 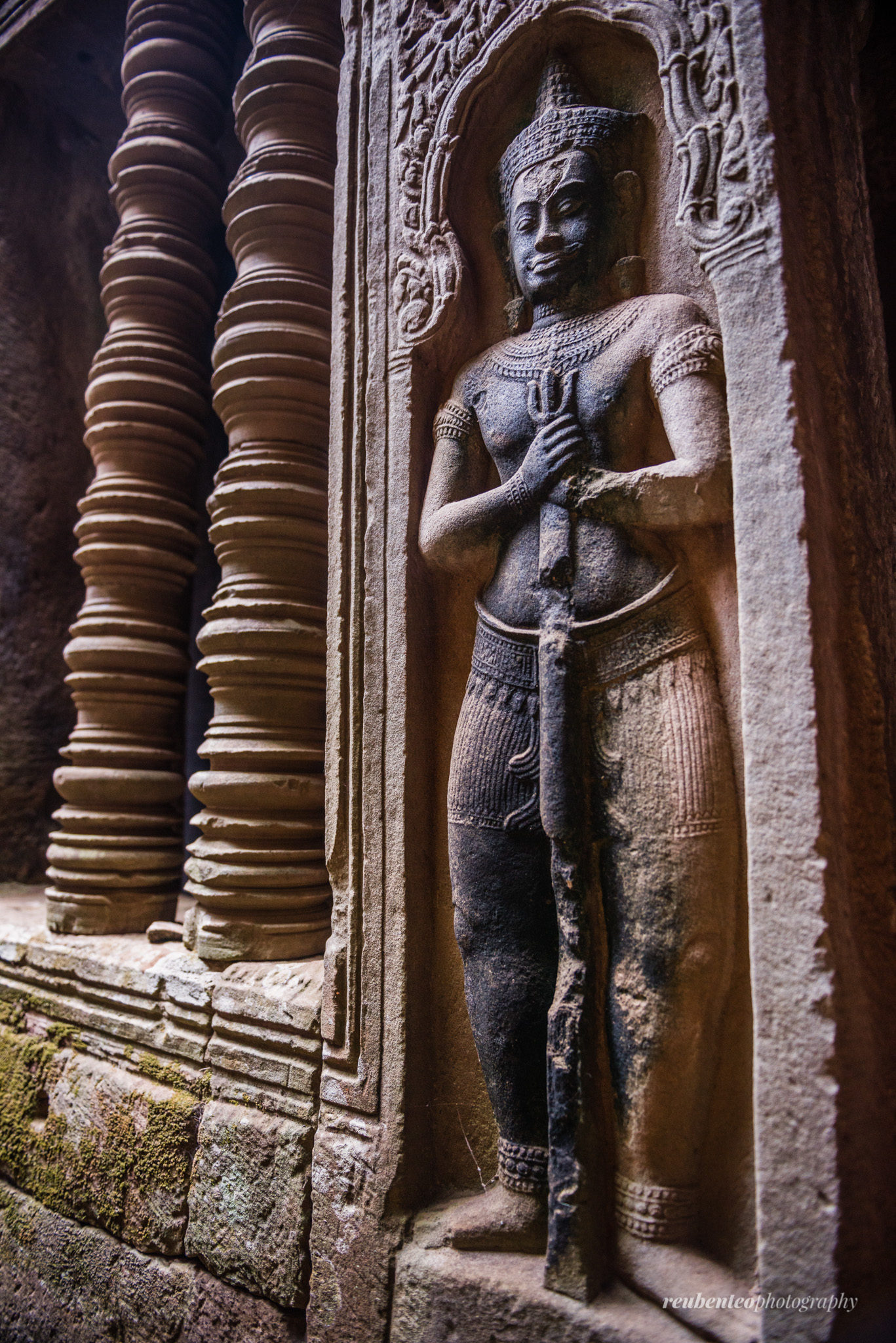 Originally, in each chamber of the central tower of Bayon temple installed statues which mixture religion between Buddhism, Hinduism, Personal Cult and the image of the Animism altogether. This concept was a sign to prove that King Jayavaraman VII has a great toleration to all people who believed in every religion. By the way, The main tower of Bayon decorated with 8 faces of the compassion Lokesvara, but now most of these stone faces on the main tower have been damaged by Vandalism in about 14th Century. 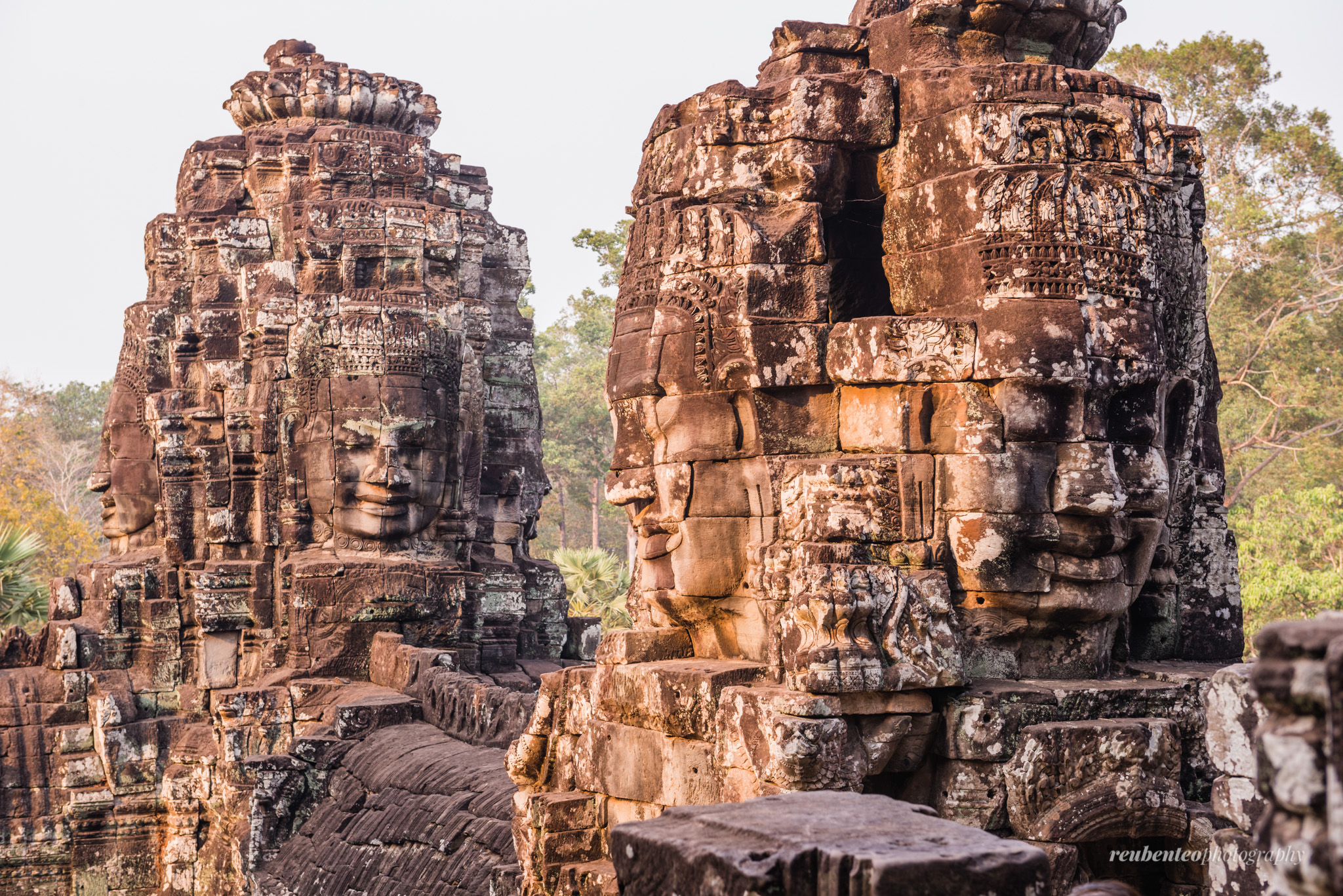 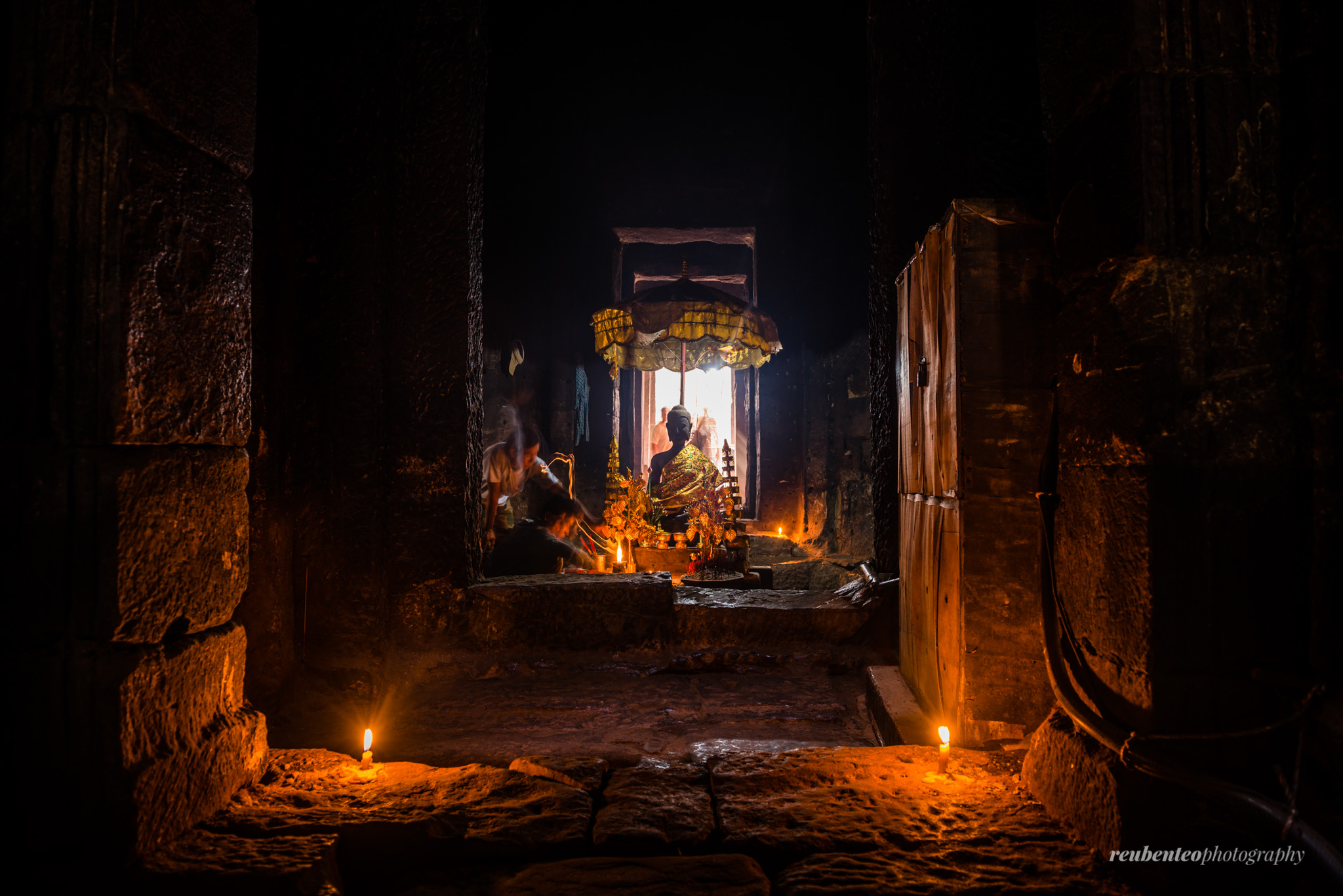 The smaller towers of Bayon are decorated with four faces, and their sizes are not identical. As we have seen, some of them are designed to be taller and larger in scale, while some are smaller and shorter instead. The reason for that was because these towers were specially designed to represent the provinces of the Kingdom under the reign of King Jayavarman VII. The difference in sizes are due to the variety of sizes of each of these provinces. Amazingly, each shrine of those towers had a Buddha statue installed which was brought from each province where its tower represents. Thus, Bayon was one of the most spiritual temples of the king. This temple is a symbol of the combined and supreme power that comes from the sacred Buddha statues that came from every corner of his empire.

Best time to visit: The surrounding and the tall towers makes the Bayon Temple a bit dark and flat for study and photography near sunrise and sunset. Hence, it is best to visit Bayon when there is plenty of light. 10am to around 4pm is the stretch most people prefer.

In the first part of the 20th century, the École Française d’Extrême Orient took the lead in the conservation of the temple, restoring it in accordance with the technique of anastylosis. Since 1995 the Japanese Government team for the Safeguarding of Angkor (the JSA) has been the main conservatory body, and has held annual symposia. With the financial support from the Japanese Government, the third phase of the project (June 2005 – July 2011) under the joint framework is called Japan-APSARA Safeguarding Angkor (JASA). This project is currently implemented in cooperation with the Authority for the Protection and Management of Angkor and the Region of Siem Reap (APSARA) which provides in-kind contribution. The Japanese Government Team for Safeguarding Angkor (JSA) is ensured by the Waseda University, and UNESCO is responsible for the administrative arrangements. 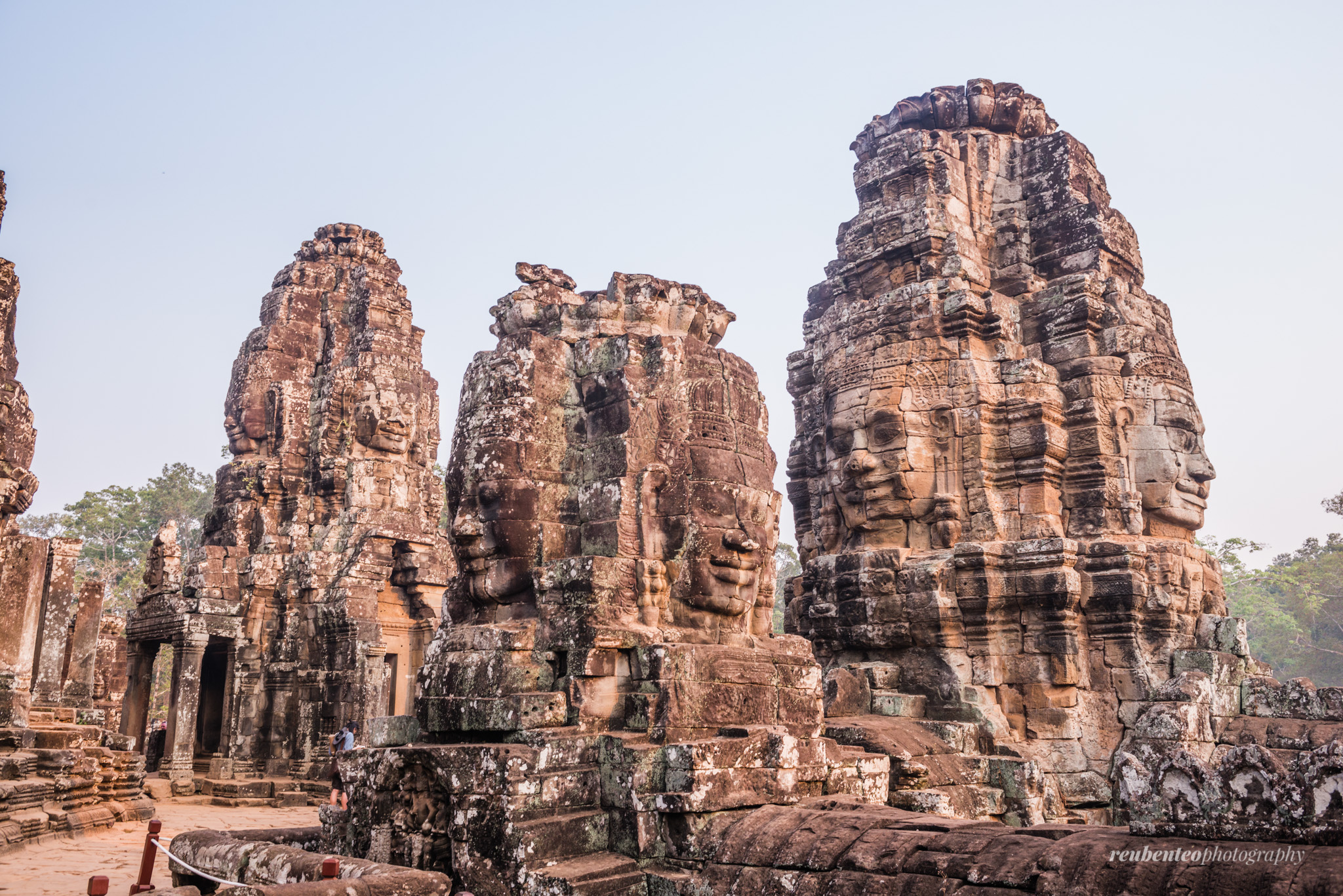 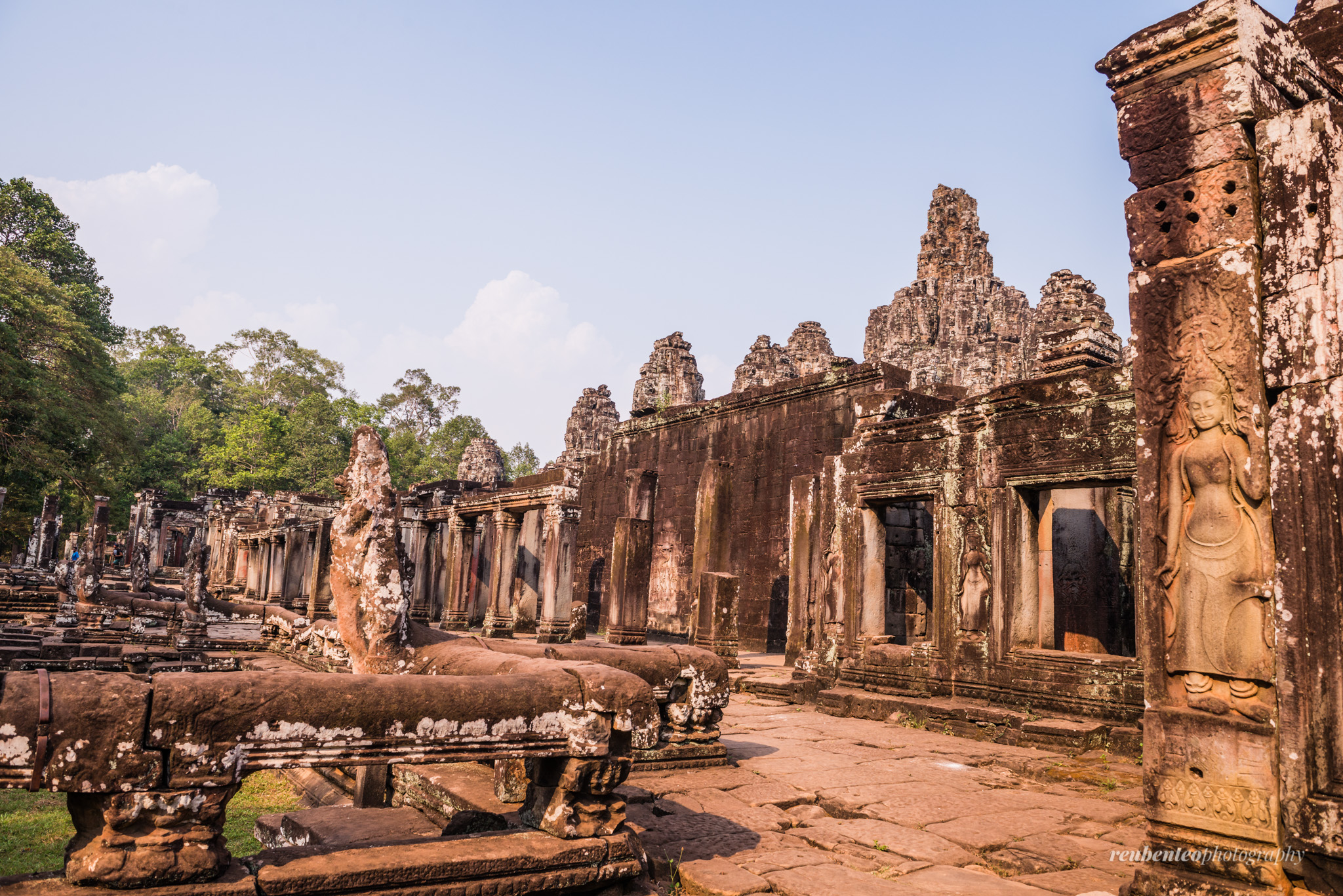 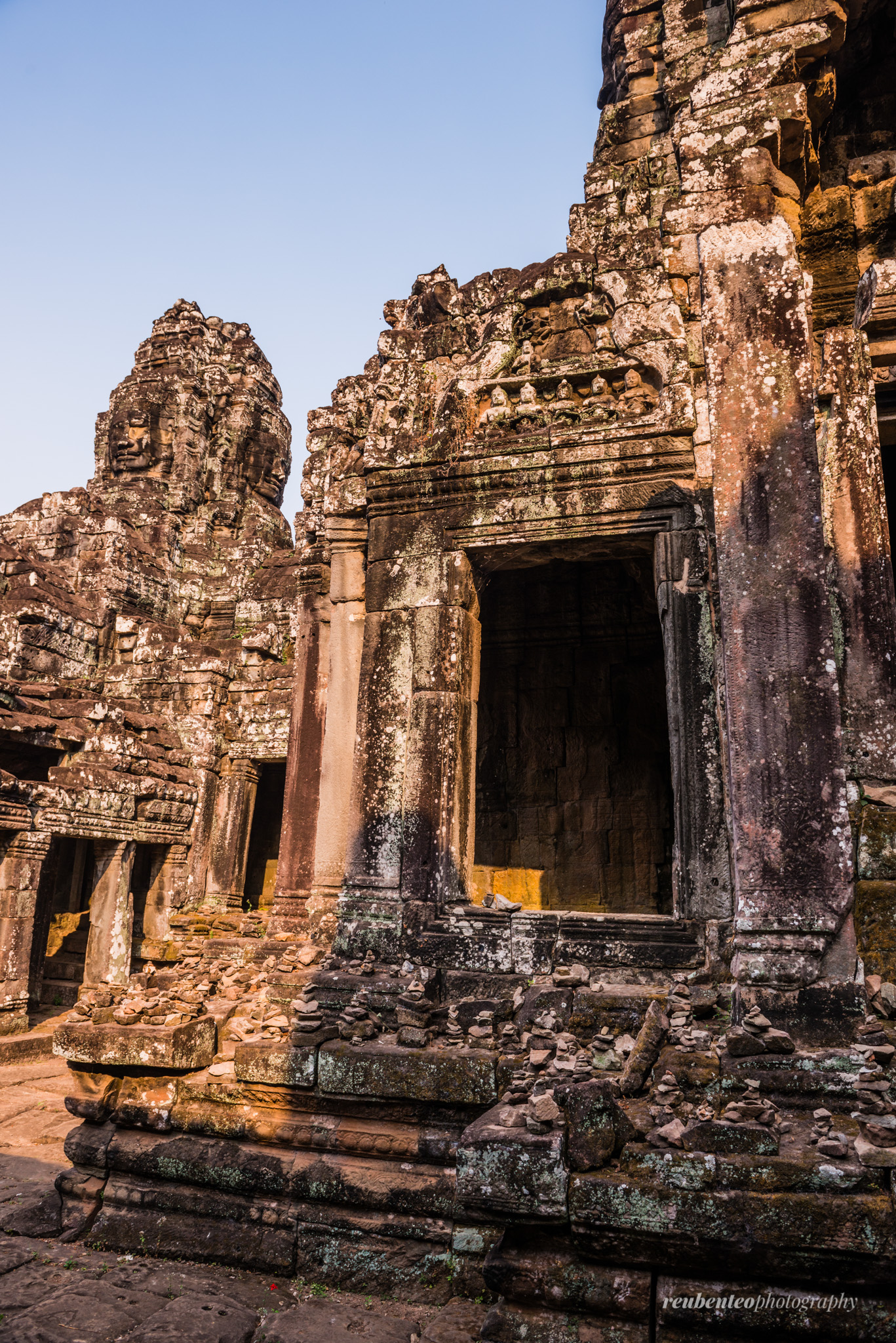 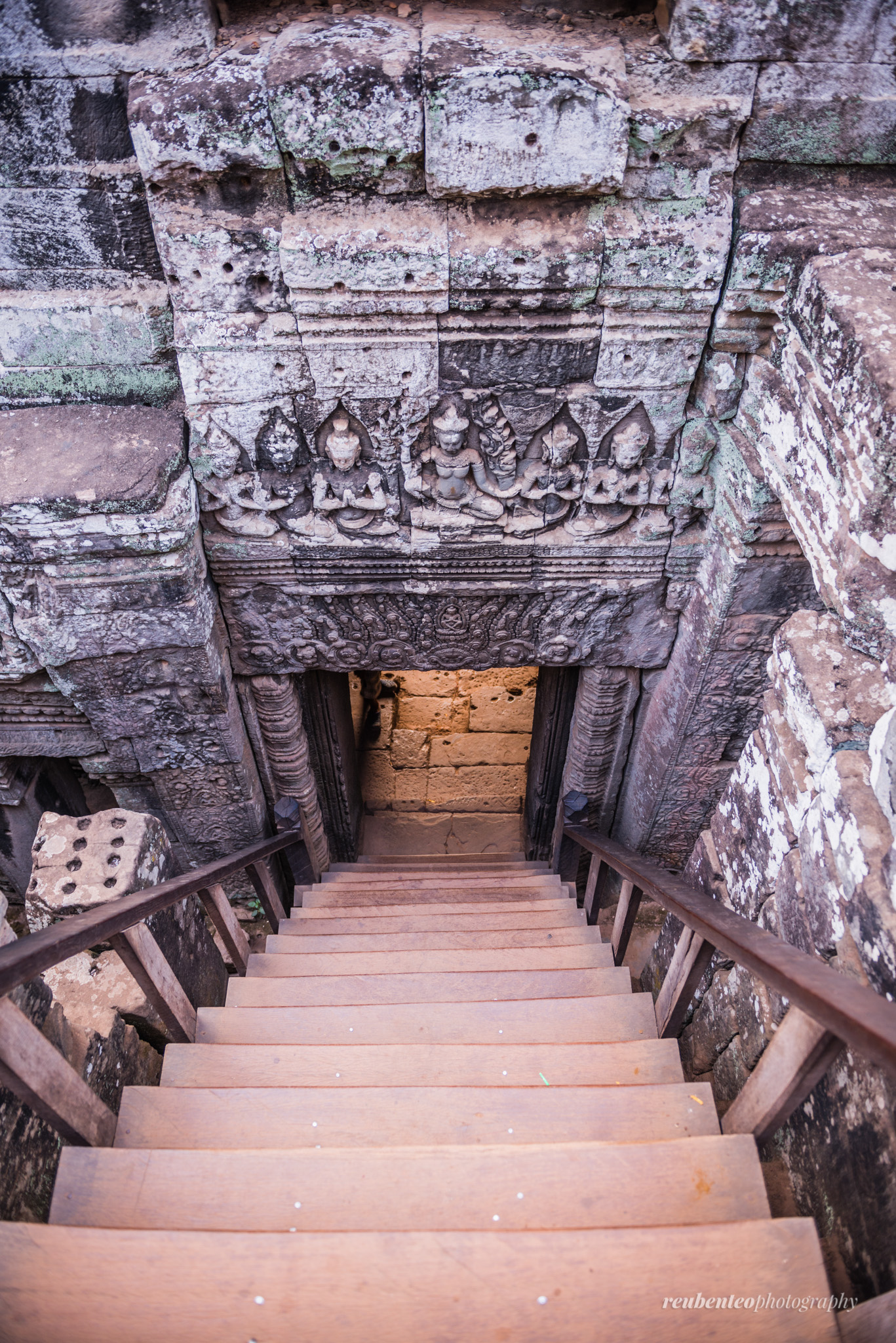 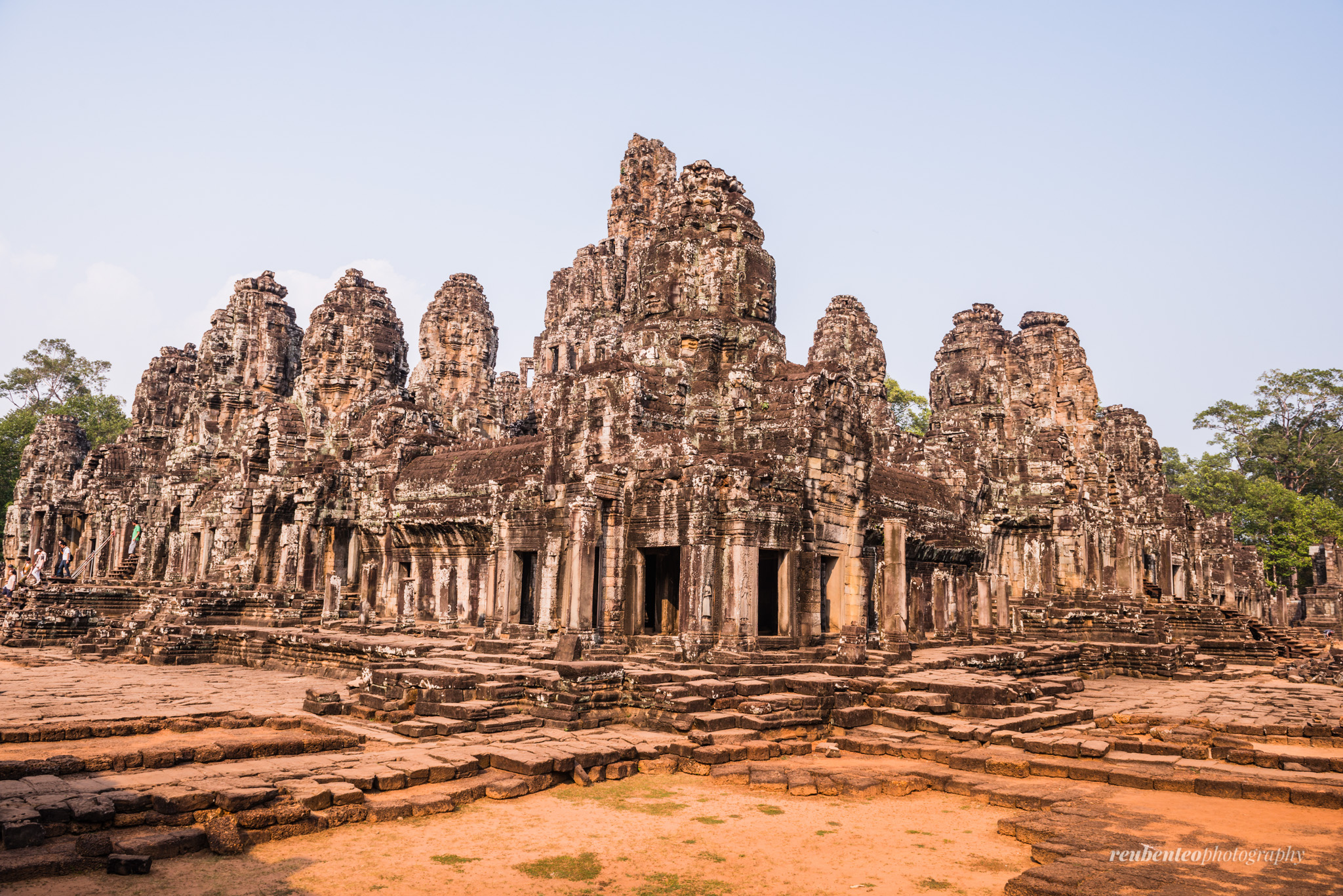 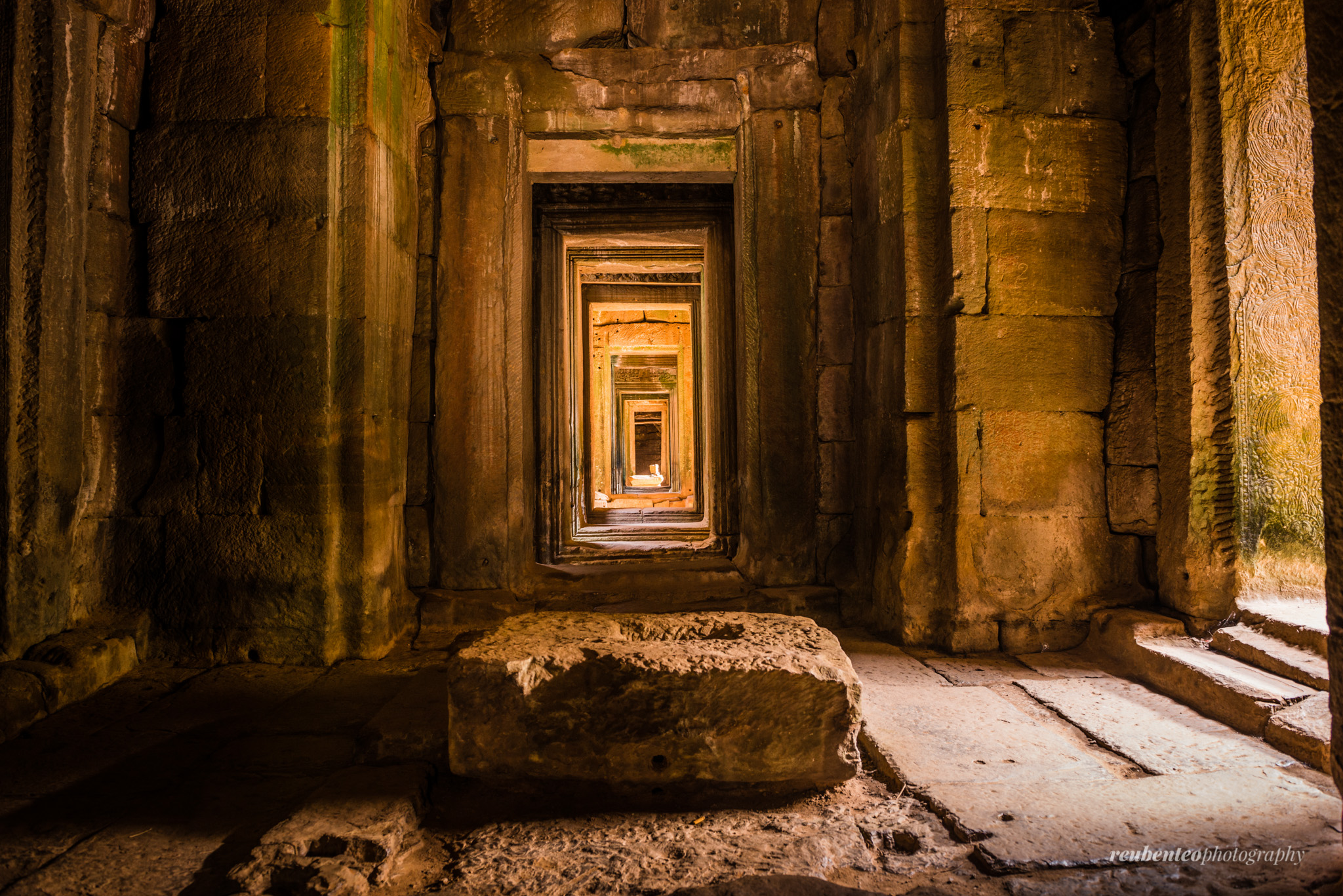 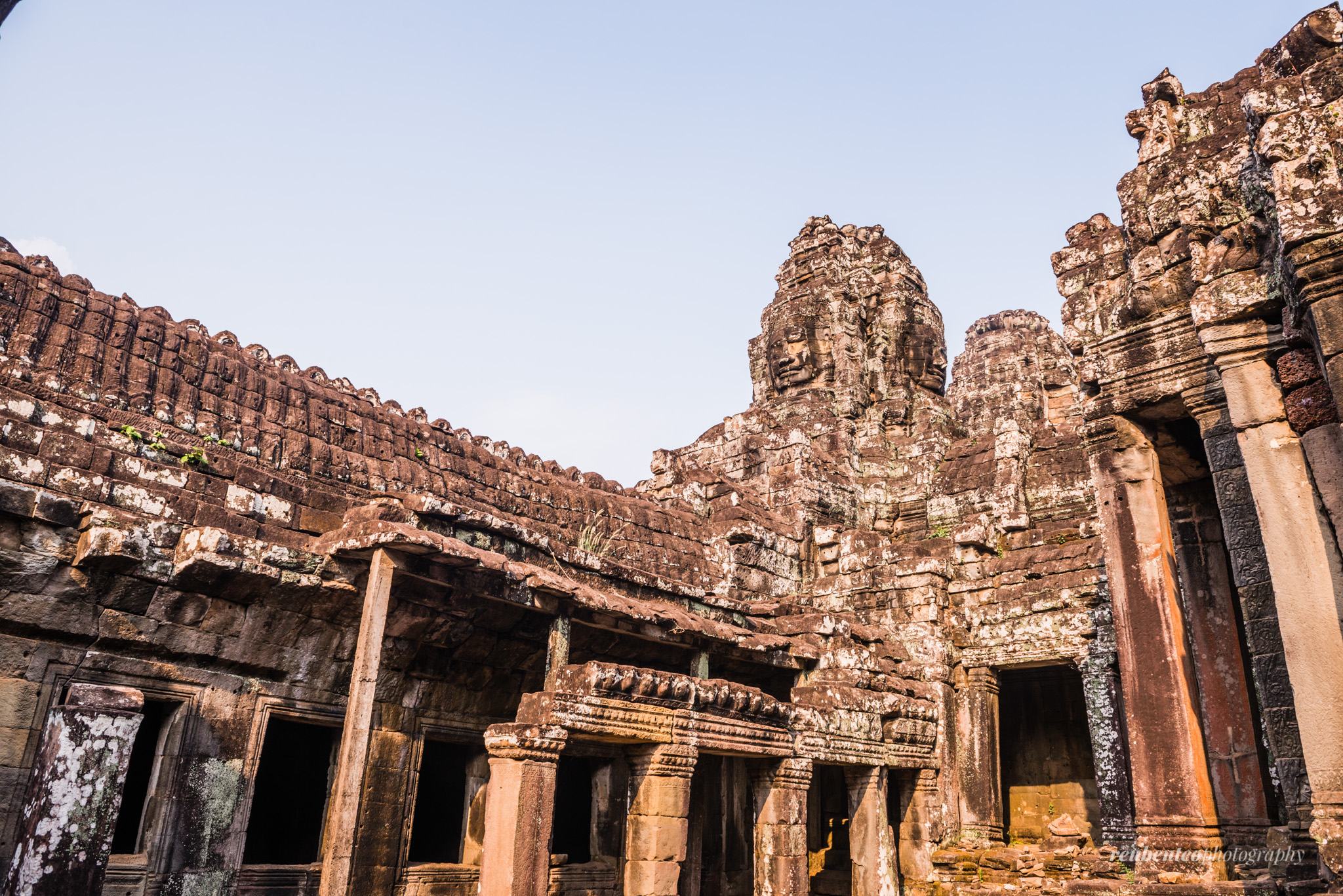 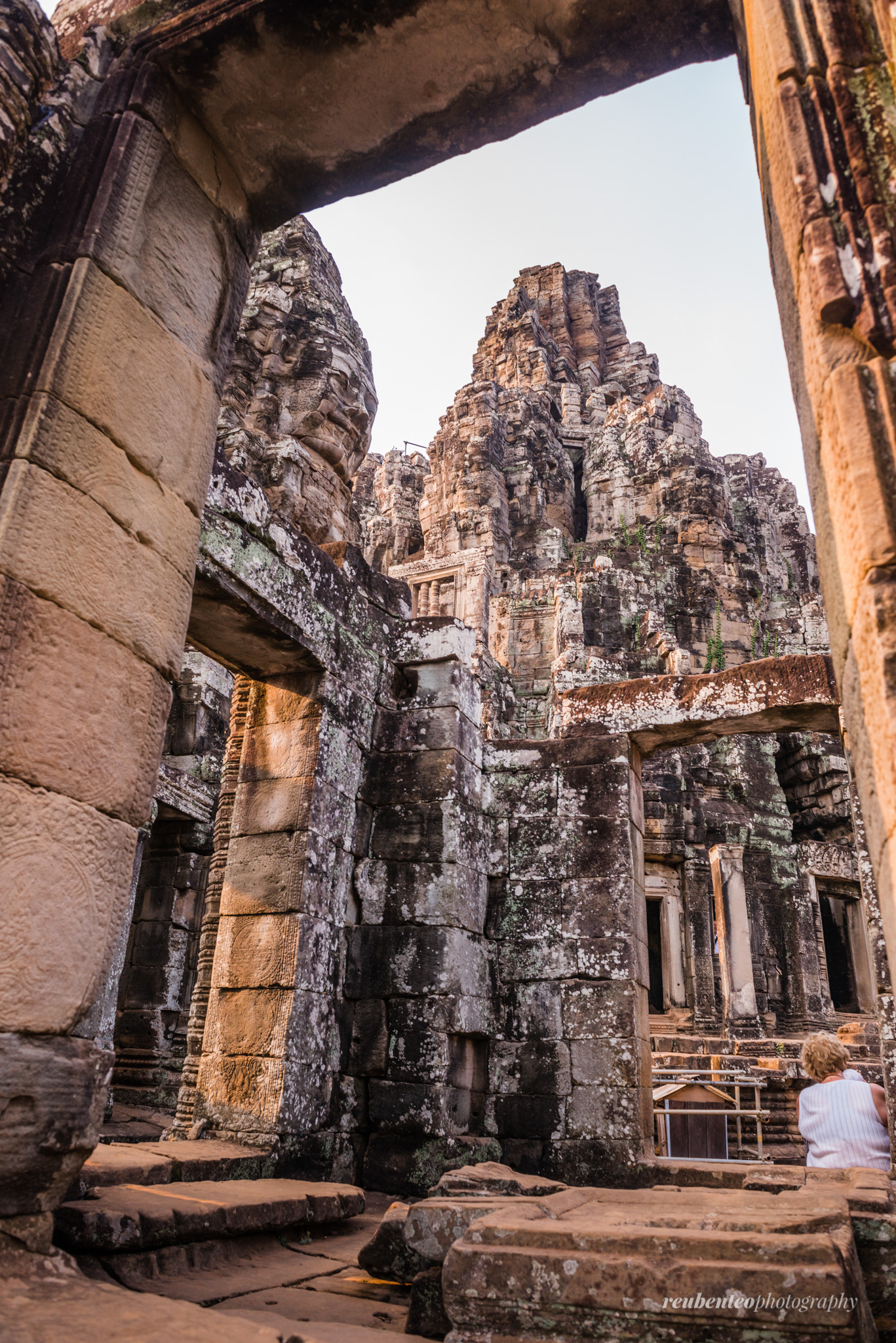 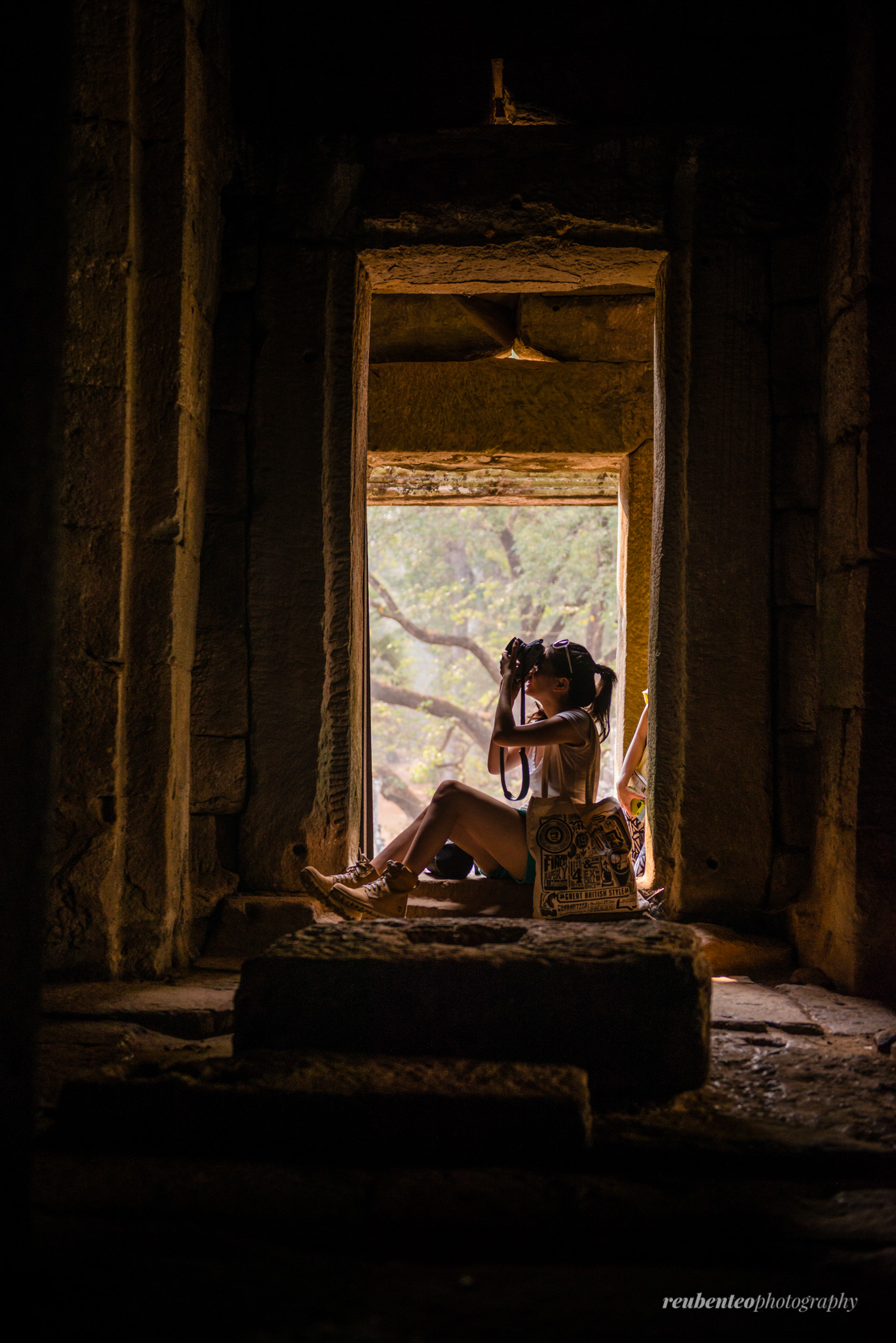 Taking our time slowly to enjoy the beauties of the Bayon. One can only imagine and wonder how the ancient Khmers built these marvellous and enormous artwork from just stones.