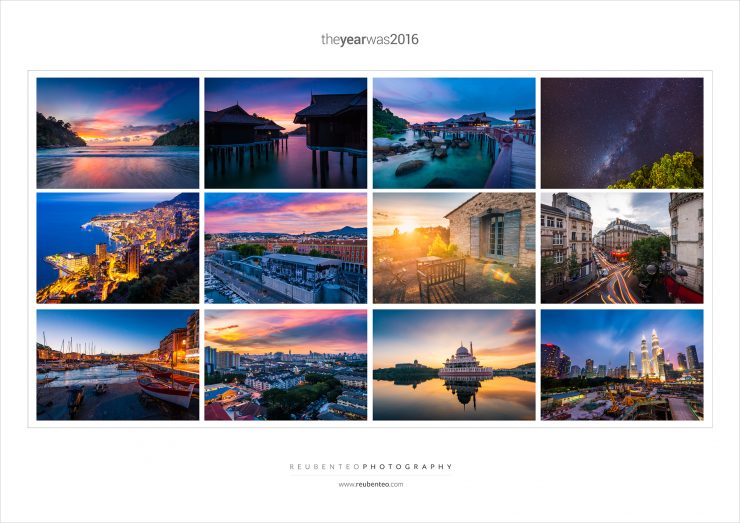 As 2016 comes to an end, it is time for another of my recap post. 2016 has been of a roller coaster ride filled with ups and downs. I reached my first year as an employee at the Malaysian stock exchange. I began my year with a CSR project organised by my division. Our task was to plant mangrove trees for the Mah Meri tribe who lives along the coast of South Selangor. The Mangroves, especially the Nyireh plays an important role in the Mah Meri’s lives. The Nyireh thrives along these areas and is widely used by the tribe to produce their signature woodcarving that is part of their heritage. These mangroves are now threatened by the country’s development and mismanagement. As an effort to help, we raised funds by selling stuff, asking for donations, doing tasks for others and more. The whole team went for the tree planting and we hope that we made a difference. 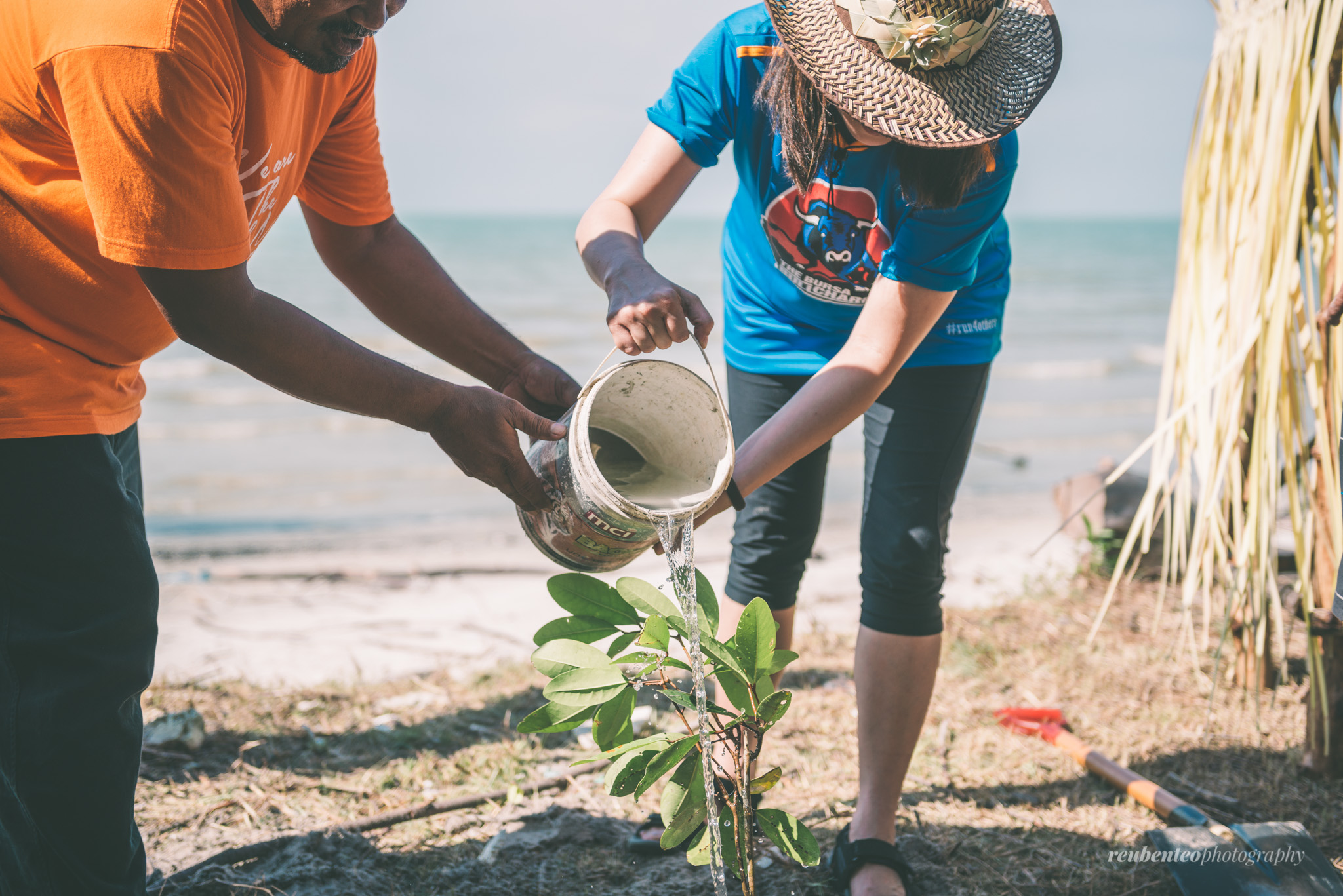 In the office, I did some housekeeping work for the Multimedia team. Putting in place new systems that would greatly benefit their organisation and efficiency. Never in my life have I seen such disorganised files and procedures. I hope my implementations has helped to improve. On the project side, the tedious and long multilingual website project was finally completed despite a long delay. Hiccups occured along the way, but we plowed through and managed to get it up and running. During this time, we had trouble making long travel plans like we used to. It was rather difficult to cope, but we still managed to make 2 short trips and only 1 long trip. 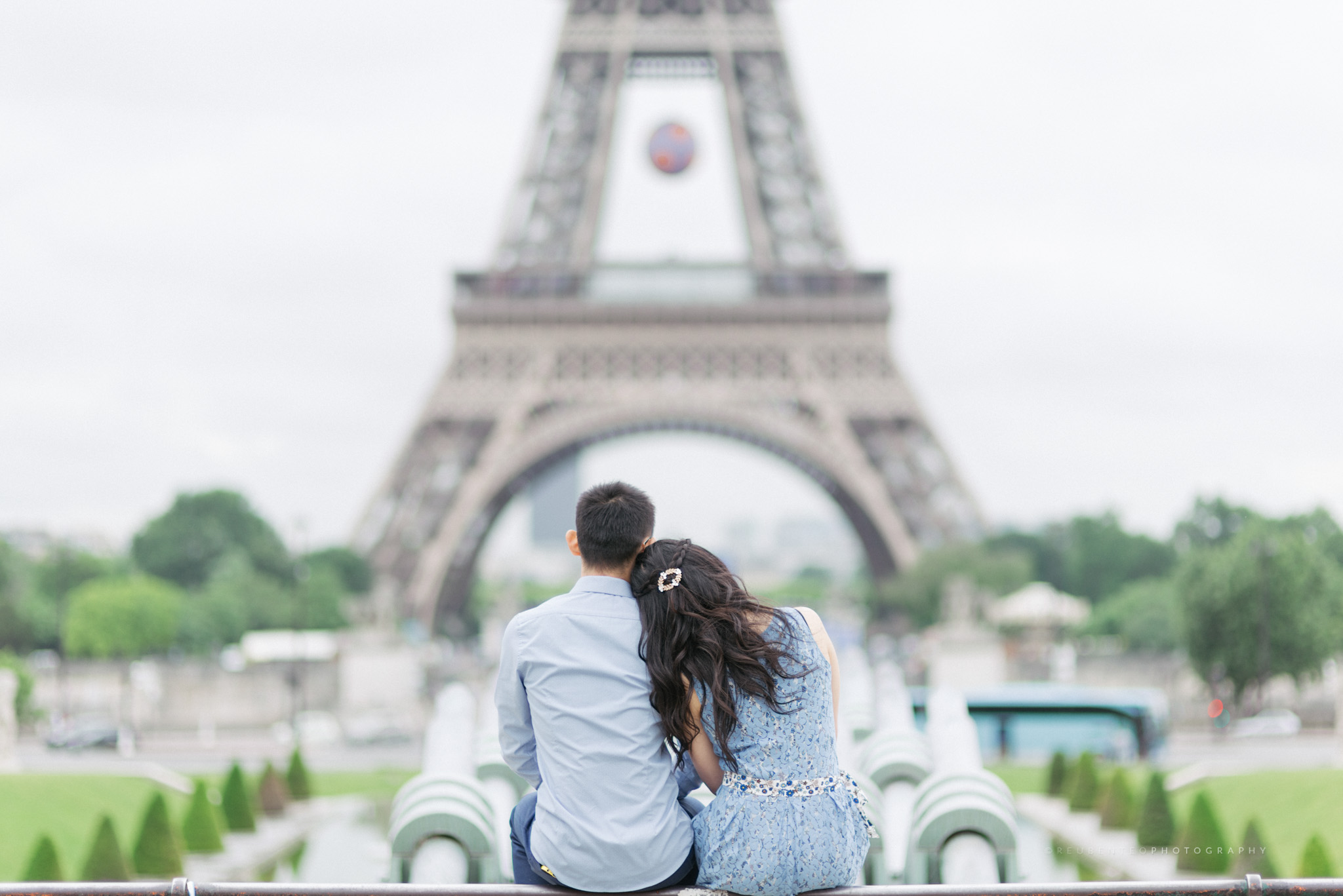 My year began with fantastic news from my brother announcing that he was going to get married. He invited all of us to France as he tied the knot there. We were in France for about 12 days and I would like to take this opportunity to point out that this was my first time to travel out of Asia. We took a flight down to Paris and along the way we stopped by Abu Dhabi. We then took a train down to Provence (that’s where the wedding was held) but made a detour to Marseille due to a fire at the Provence station. After that, we rented a car and drove to Nice and Monaco. I was also given the privilege to take pre-wedding photos for the newly weds. We decided to do that in Paris. The outcome was very satisfying. Provence on the other hand was also great. We all stayed in this old castle-looking bungalow and the wedding was held there. Decorations, food and company was 1st class. There may have been some hiccups along the way, but as a family, we managed and we did it with style.  The typical contact Enchanted Valley Wedding Barn chapel is a beautiful white building with glass chandeliers, stained glass windows (Learn more from this site to buy the best blinds for the window that suits any occasion), and even gazebos and garden areas for outstanding photographs. To get list of bridal shops, click here now. Then you can buy best bridal wedding dress.

Next, Fann and I celebrated our 3rd wedding anniversary at the Pangkor Laut Resort. A private island situated on the Straits of Melaka, making the resort a fantastic destination for sunset photography. The resort has villas built on stilts that stretches across the shorelines and out to sea. Food was extremely expensive but was one of the best I must admit. Services were first class and last but not least, the view was out of this world. The sunsets were to die for and the Emerald Beach on the other side of the island was small but spectacular. We also got the chance to see the gorgeous Milky Way right outside our villa. 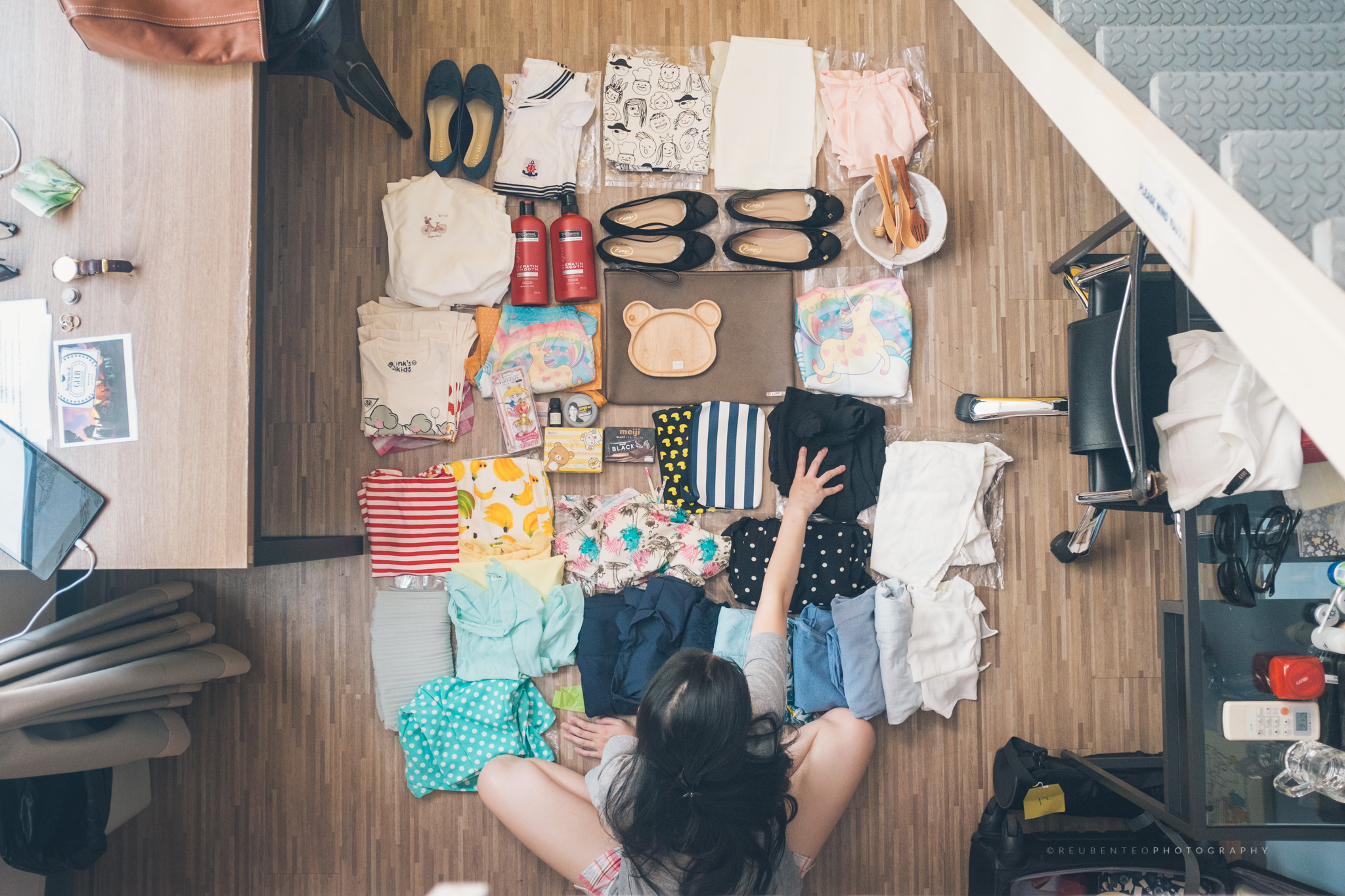 After that we took a short trip to Bangkok. The trip was soley for Fann to do a little shopping and for me to indulge in some Thai food. From the picture above, you know that Fann had the time of her life. Those are items she got from Day 1 only. Putting that aside, this wasn’t our normal trip overseas as I took up the challenge to not bring my DSLR. It was difficult for me at first as I carry my DSLR everywhere I travel. Instead, I settled with Fann’s Fujifilm X100s. It was compact in size but it takes wonderful street photography. Bangkok is indeed a fantastic place to take street photos but I didnt manage to find time to do any landscape shots.

2016 was not all good news. My granny who was diagnosed with cancer passed on after a strong fight for a couple of years. It was the most heart breaking moment of my life. I spent most of my childhood under her care because my parents were always busy at work. I wasn’t the best grandson she had but I knew she loved me dearly. I hope I have made her proud despite all the arguments we had in the past. She shall be missed and our family pot stickers’ secret recipe has been passed down to Fann and I. The family legacy continues. 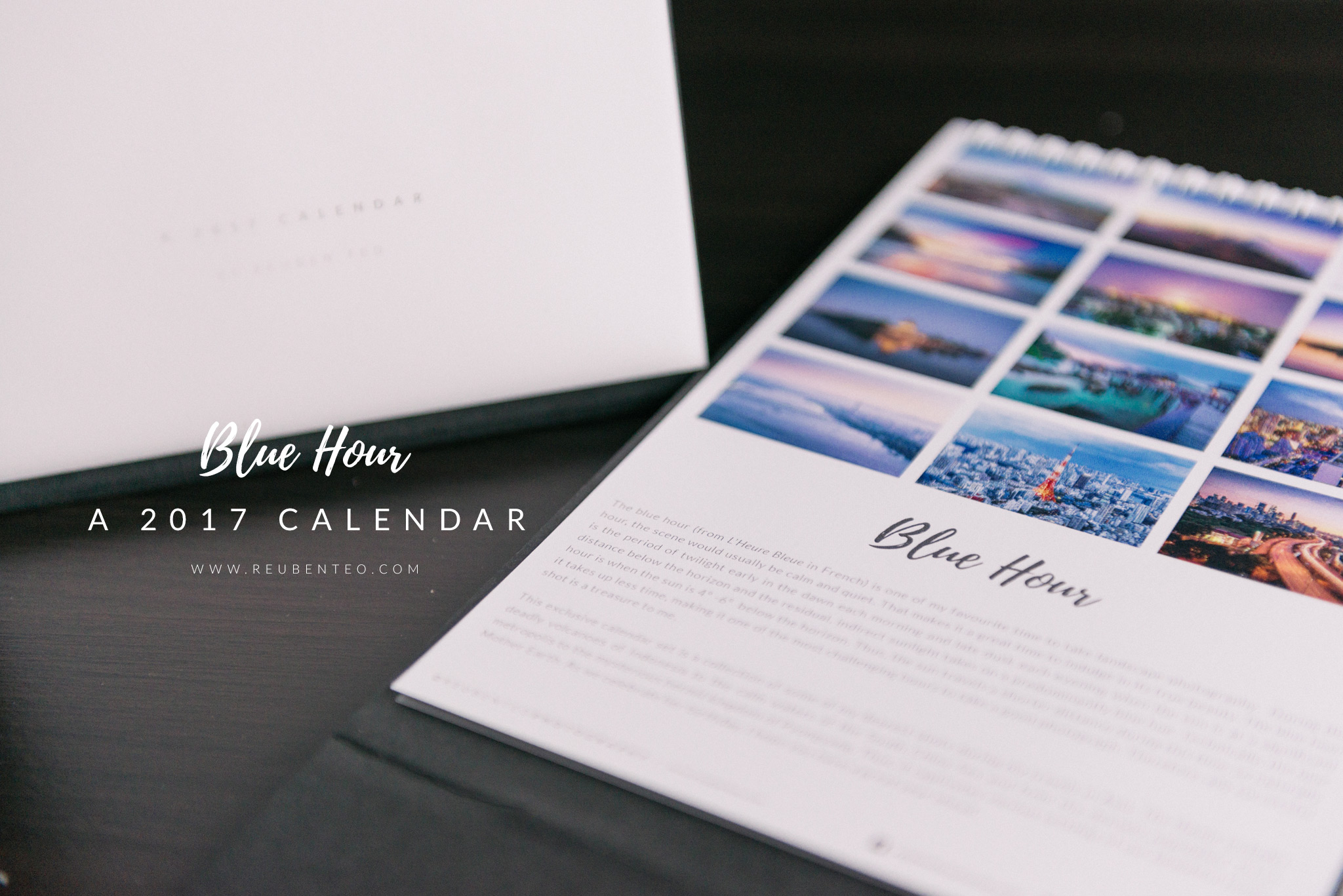 Last but not least, I ended the year with a production of my 2017 exclusive calendar. The theme is “Blue Hour” which consists of a selection from some of my most personal and favourite blue hour shots throughout my travels in Asia. The calendar features photos of deadly volcanoes of Indonesia to the calm waters of the South China Sea and from the densely populated metropolis of Tokyo to the mysterious hermit kingdom of Pyongyang. If you’d like to own a copy, don’t hesitate to drop me a comment below or an email me at reubenteo@gmail.com. The calendar costs only RM30 with limited numbers left.

I end my post with 12 of my best shots from the year 2016. Click on the thumbnails below to enjoy a larger view. Til then, see you next year.

Don’t forget to get a copy of my exclusive Blue Hour calendar or buy my prints at Shutterstock or drop me an email.