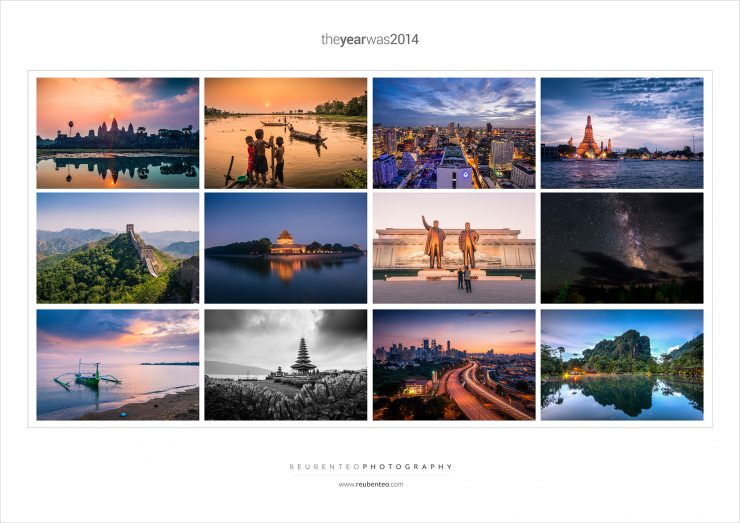 This is my final post for the year of 2014. It has been quite an interesting year for me. I wouldn’t say that it was a perfect year but overall it was still pretty amazing. The year 2014 was my first year of being a husband. Although the name seems to be quite an upgrade from my previous status, but still our lives didn’t changed much, except for the intensive traveling we’ve been doing lately. 2014 is no doubt one of the most trying years in Malaysia’s history. The year came with the tragic Malaysia Airlines flight MH370 disappearance which was totally unprecedented. I was assigned to prepare design materials for the team and this extends to even working during weekends and half-way having dinner with friends at night, up til the other tragic flight MH17 that crashed in Ukraine a couple months later. Just a few days ago, we saw again another tragedy of flight QZ8501 from Air Asia. Also, the horrible floods at the East Coasts of Malaysia that displaced at least 100,000 people from their homes. It sure was a sad and unfortunate year for both the families affected by these unhappy incidents. Another unprecedented tragedy came at my wife’s household where she lost her father to a heart failure.

Putting bad news aside, the both of us traveled to quite some places this year. We started our first flight to Kuching to celebrate Chinese New Year with my family as newly weds and it was a blast. We then headed up to Siem Reap in February to see the awesome ancient city of Angkor and visited the sacred mountains of Kulen. In July, we decided to try our luck with Malaysia Airlines and managed to source for extremely cheap tickets to Bangkok and experienced a super budget trip that costed not more than RM1000 for each of us including transport and accommodation. After that, we had to prepare for our ultimate trip.

Our ultimate trip began as we traveled all the way up to Beijing in September and stayed for a few days before heading out to the hermit kingdom of North Korea. After months of planning, we have finally landed in Pyongyang and had one of the most extraordinary and eye opening experiences ever in our lives. We celebrated our first year wedding anniversary in Pyongyang, all planned by David from Juche Travel Services and our beloved North Korean guides and it was a night to remember. We went to Mount Paektu on a 50s Soviet jet and it was awesome. We even caught a glimpse of the milky way at our hotel there in Samjiyon. Our DPRK trip was our most unique and memorable trip ever. In November, Fann and I brought my parents to Bali for a few days to relax and to let them understand why we love the place so much. Our final trip of the year took us 2 hours drive from Kuala Lumpur to Ipoh’s The Banjaran for a night’s retreat of spa and massages. All in all, this year has seen a big increase in places I’ve traveled to. I hope I will be able to keep up or travel to even more places the following year.

Also, one of my photos shot in Indonesia was featured in Garuda Indonesia Airline’s inflight magazine’s December issue. That is one of the best things that’s happened this year! If you happen to fly with Garuda, don’t forget to check out their magazine called “Colours”. The photos in this post are a collection of a few of the best shots I’ve done throughout my 2014 travels. Below are some descriptions of the photos. Enjoy.

To order my prints, please drop me an email or visit this page.

Quiet Side of Beijing Part 1
2014The Year Was