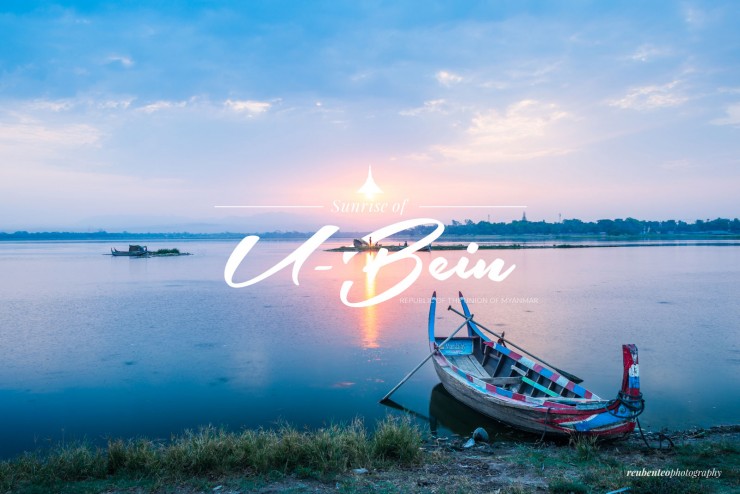 Only half an hour drive away from the old capital of Mandalay in the village of Amarapura, lies this bridge that is one of the most scenic things I”ve ever seen in my life. The U-Bein Bridge is a teakwood bridge that is known to be the oldest and longest in the world. U-Bein Bridge was built in 1850 when the ancient Ava Kingdom moved their capital to Amarapura from Upper Burma. The bridge is an impressive construction made entirely of teakwood and is an important passage for the local people. It stretches across the Taungthaman Lake and is about 1.2km long.

The bridge is extremely popular among tourists both local and foreign and is famous for it”s magnificent display of the sunset. Many photographers flock here to take photographs of the bridg”e silouhette and the setting sun as the backdrop. It may be the most photographed spot in Myanmar. However, Fann and I decided to come see the bridge at the early hours when it was still quiet and peaceful. The morning view was also spectacular. Our driver drove us down to Amarapura early in the morning and we managed to reach the bridge just right before the sun began to rise. I had just enough time to have my tripod set up and was in a rush to find for the right angle. I was freaking out at first, but just when the sun began to rise, the beauty of the entire scene calmed me down and I began to feel the serenity that displayed right in front of my eyes. Fann was enjoying the sunrise with her bare eyes and she told me it was one of the most beautiful things she”s ever seen.

The calm atmosphere in the early morning is exactly what I was looking for in the shot. The bridge was much more empty and the entire place was quiet. The only drawback was the smell that came from the trash around the bridge. Neverthless, the sunrise was spectacular during that morning. The both of us had an upset stomach the day before and was throwing up. Fortunately, we were feeling much better and this sunrise was a fantastic reward to console our tummies.

Lake Taungthaman was a clear light blue and as flat as a mirror in the morning. The fishing boats were getting ready to start their day. We could see them in the morning mist in the distance. I decided to give the teakwood bridge a try but Fann wasn”t feeling all too well. She found some seats at the beginning of the bridge and waited for me as I explored the bridge on my own. That story and photos will be for another day. Today I”ll be leaving you with the sunrise photos of this the beautiful U-Bein Bridge and Taungthaman Lake. Enjoy. 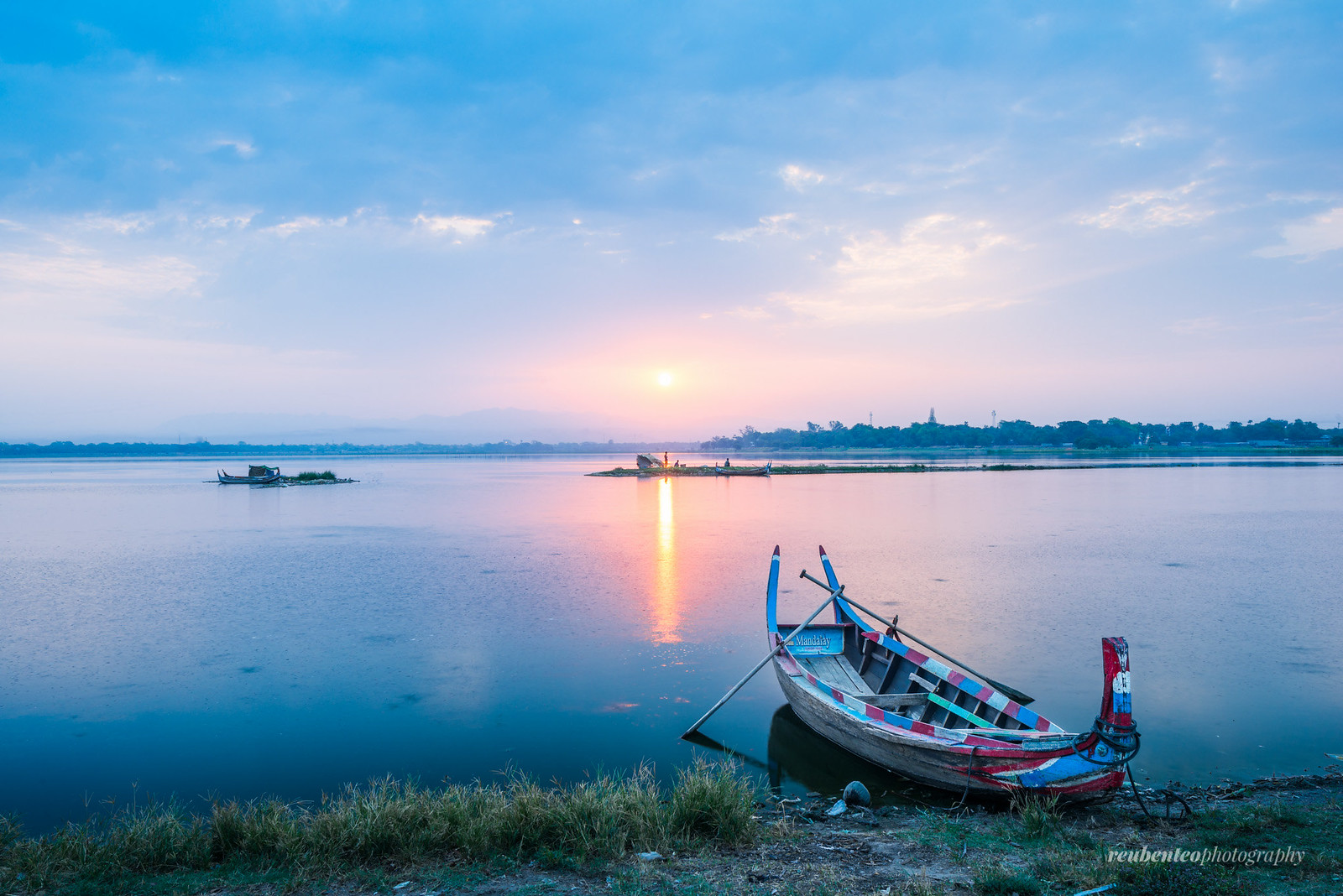 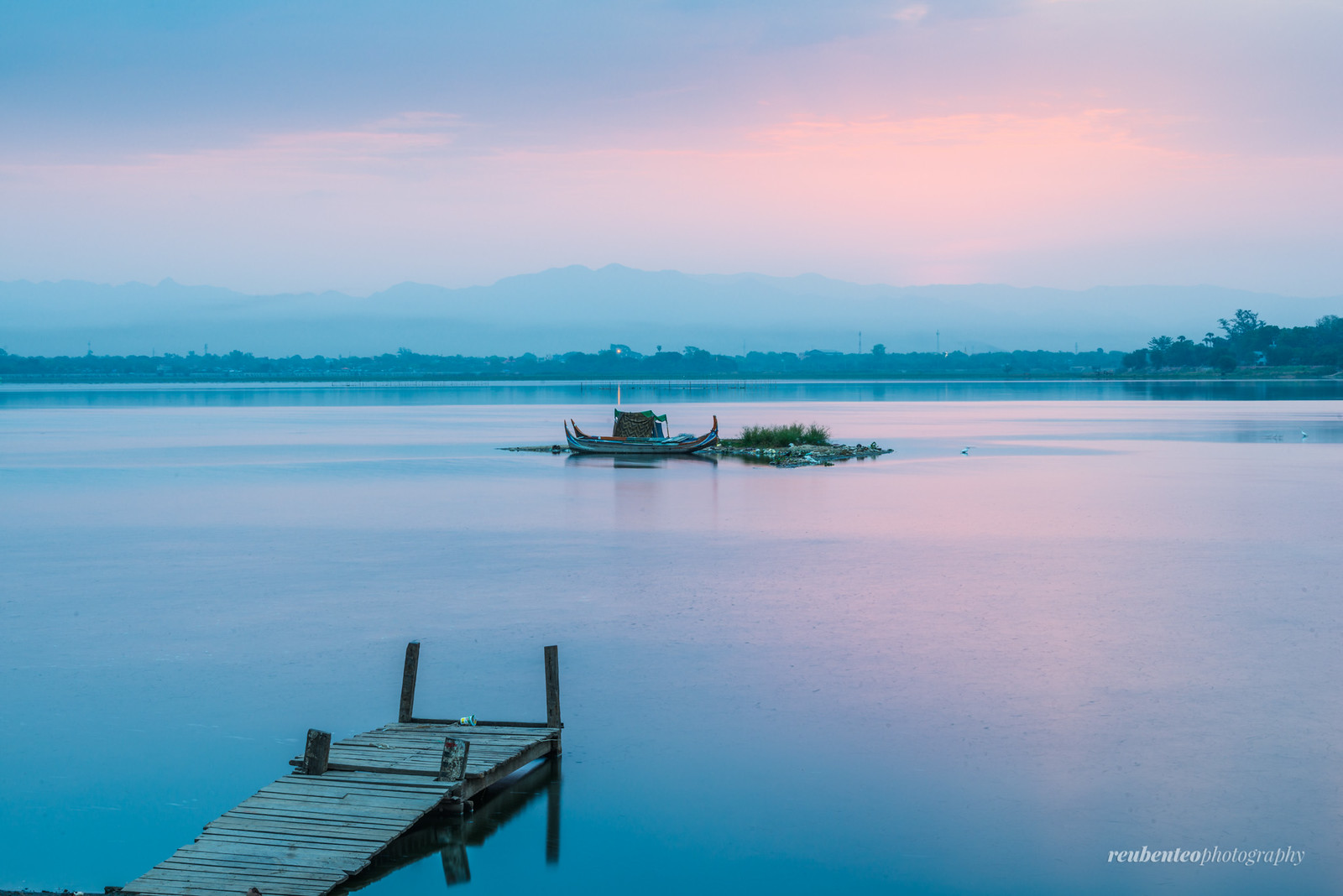 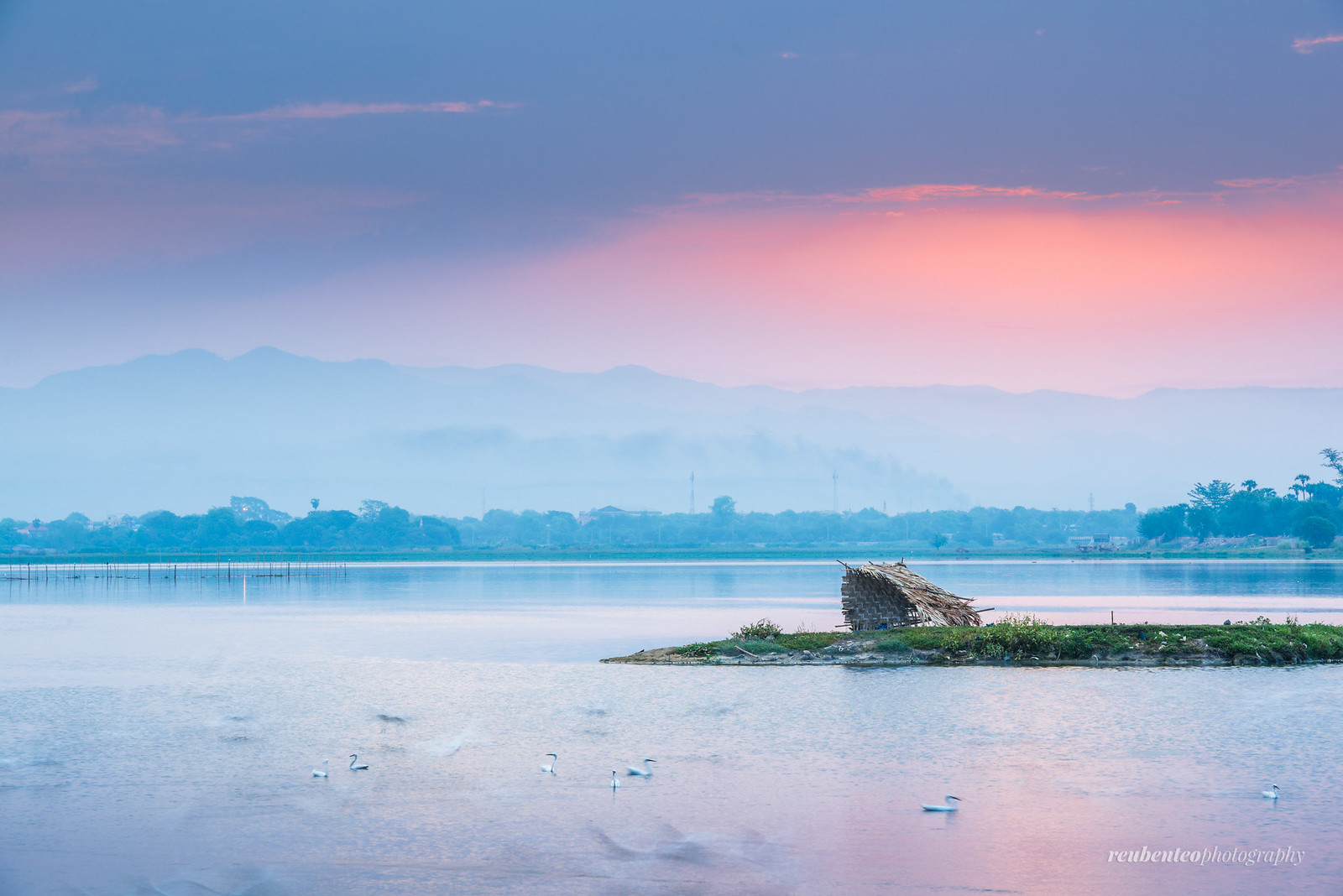 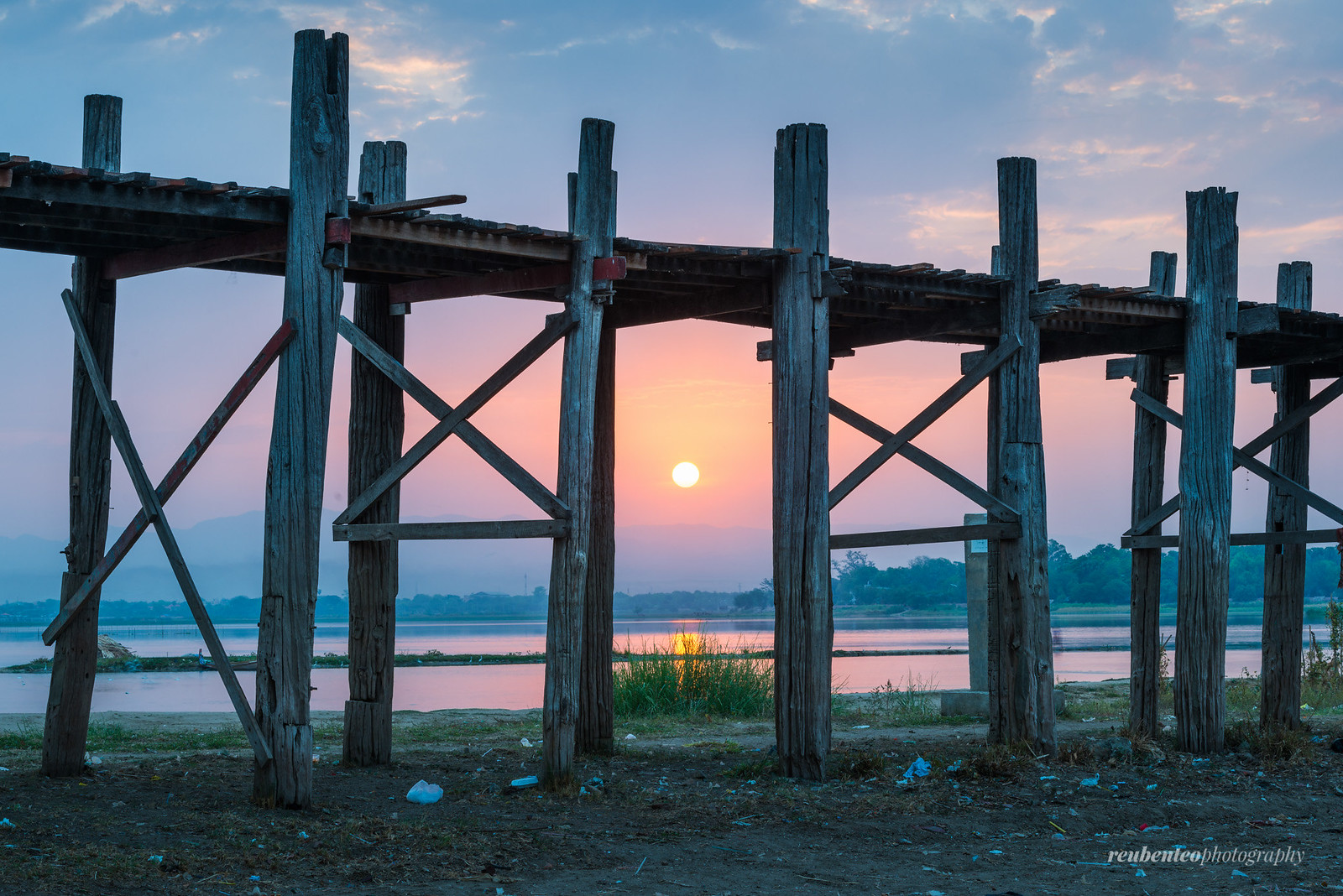 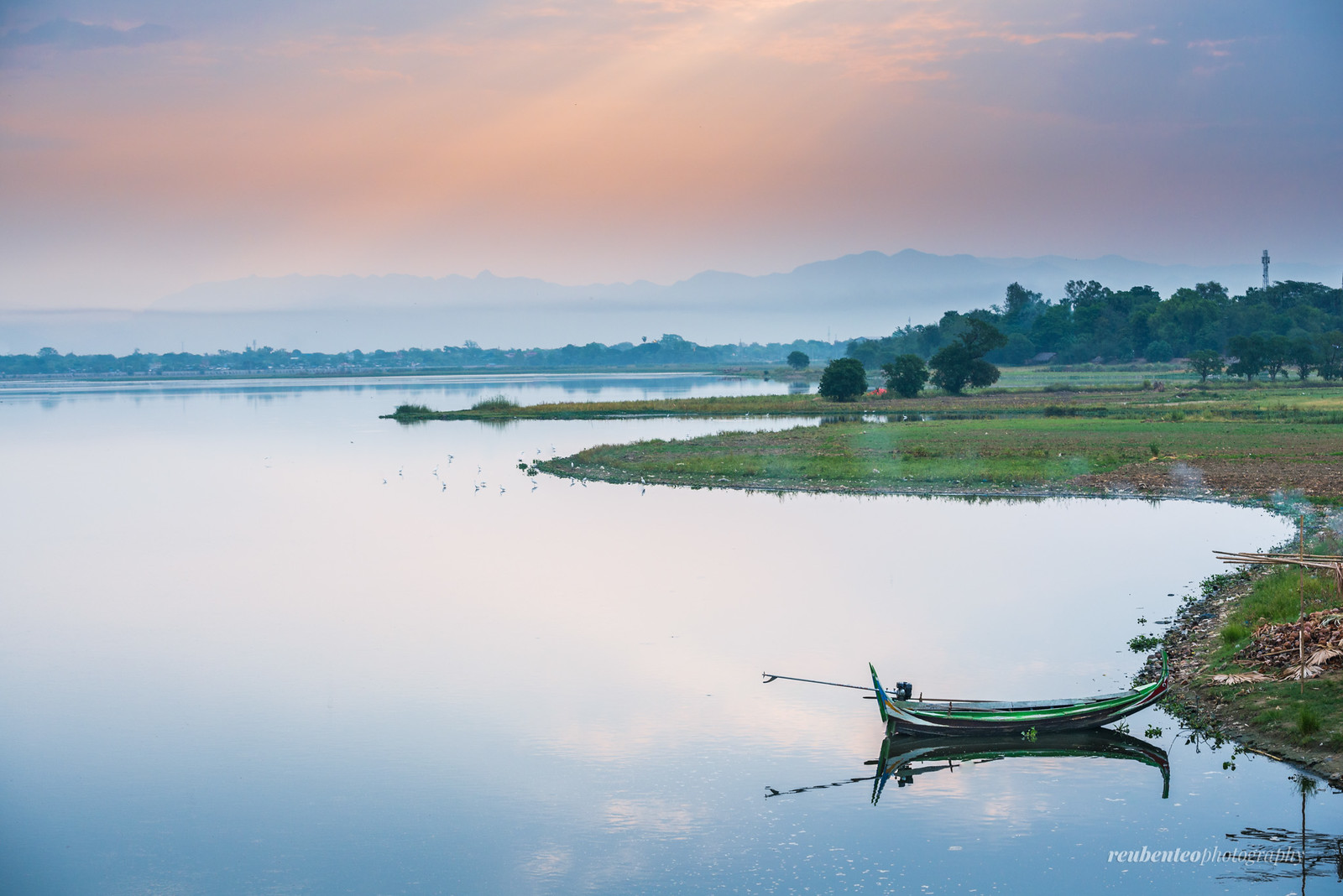 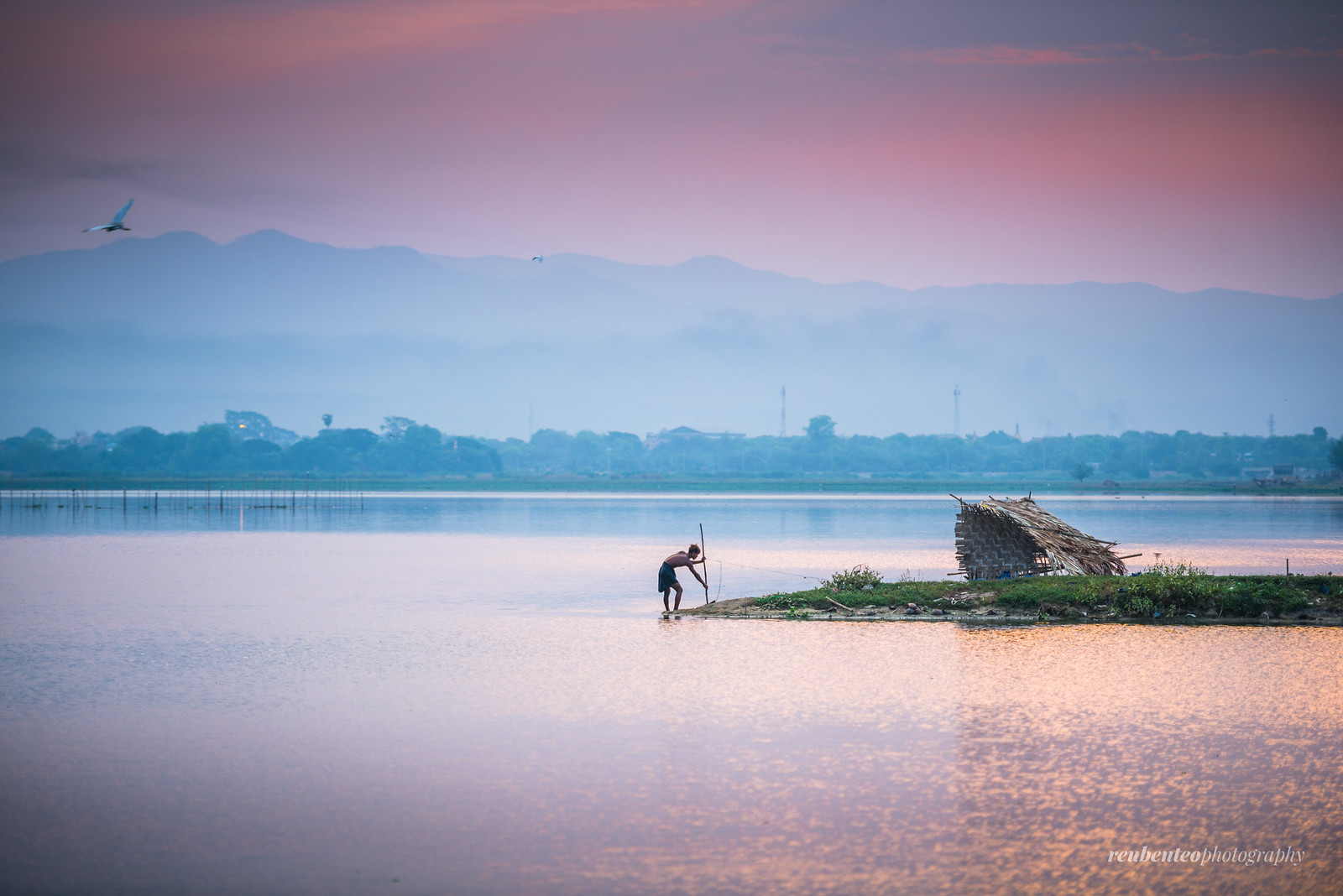