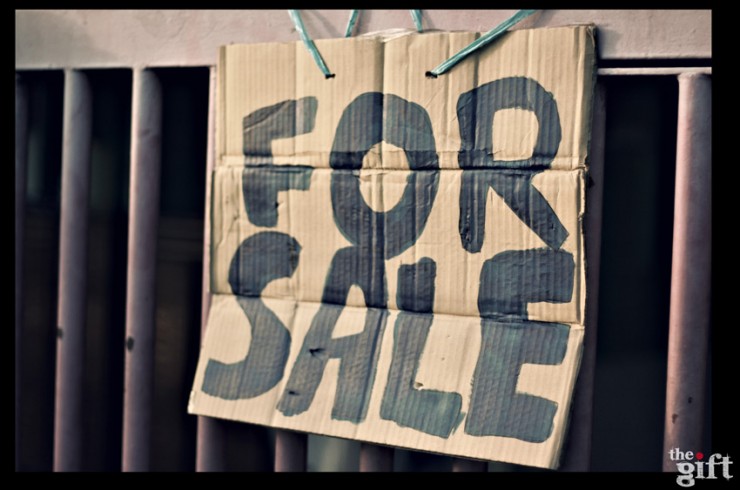 Finally, the production for my latest short film ‘The Gift‘ is done. It has been a hectic month for me, in order to get preparation done for this production. Due to the lack of time and also crew members, I had to do most of the things myself and also the help of my girlfriend, Fann. As I had to finish up some office projects in the day and get some time to plan at night, it was rather difficult for me to find time in order to fine tune all things and prepare equipments and props and stuff. My only time to shoot was during the lovely weekends of 26 & 27 of June. 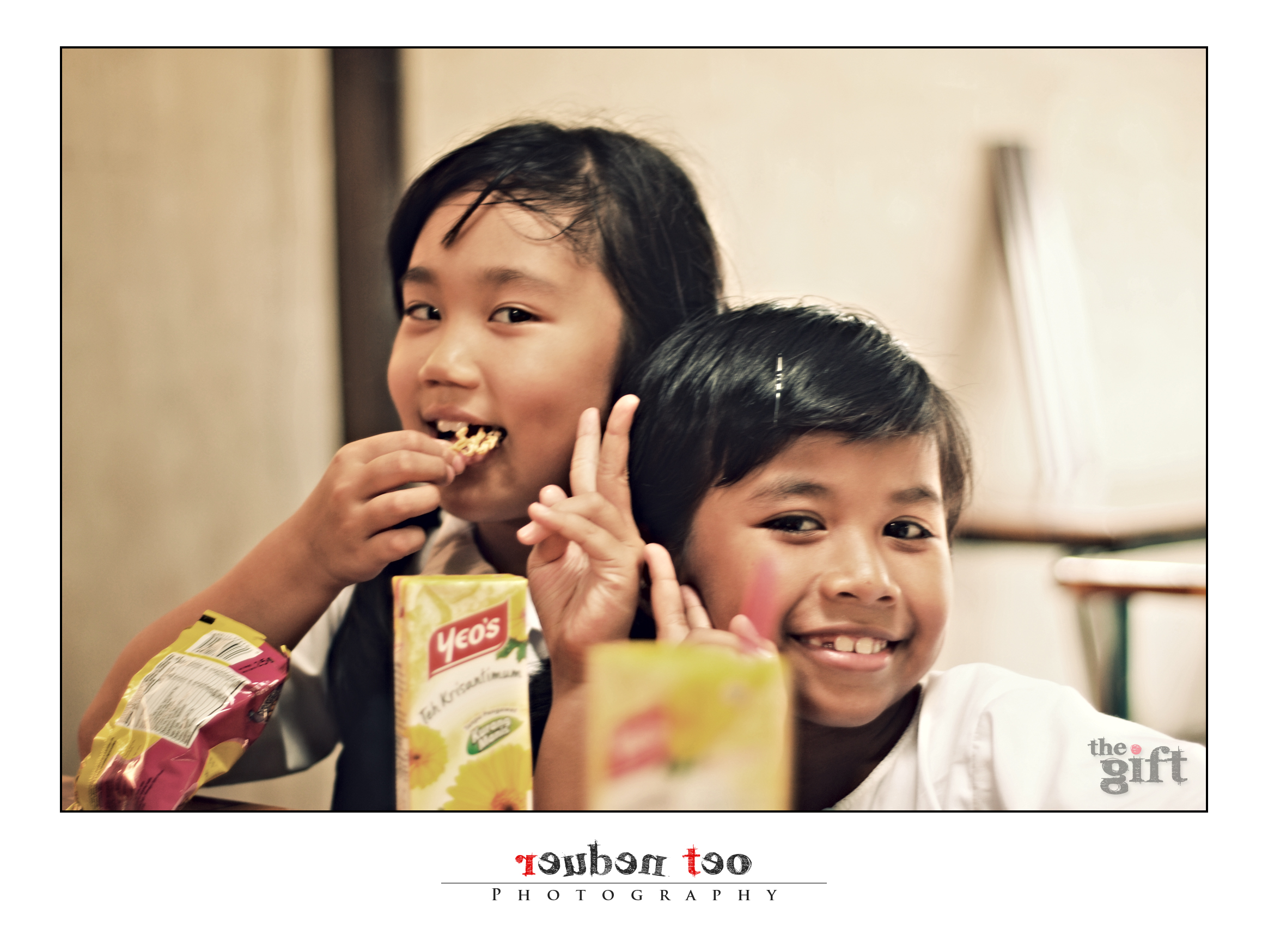 These two girls, named Alya and Nadia are my characters in the film. During the casting period, I went from drawing tuition schools, to swimming classes in order to find two characters that suit the movie script. Fortunately, Mr. Lim was able to help me to shortlist his hundreds of swimming students in order for me to find them easily. While God answered my prayer, I found these two perfect match. In real life, they are already friends. Just as I wanted. 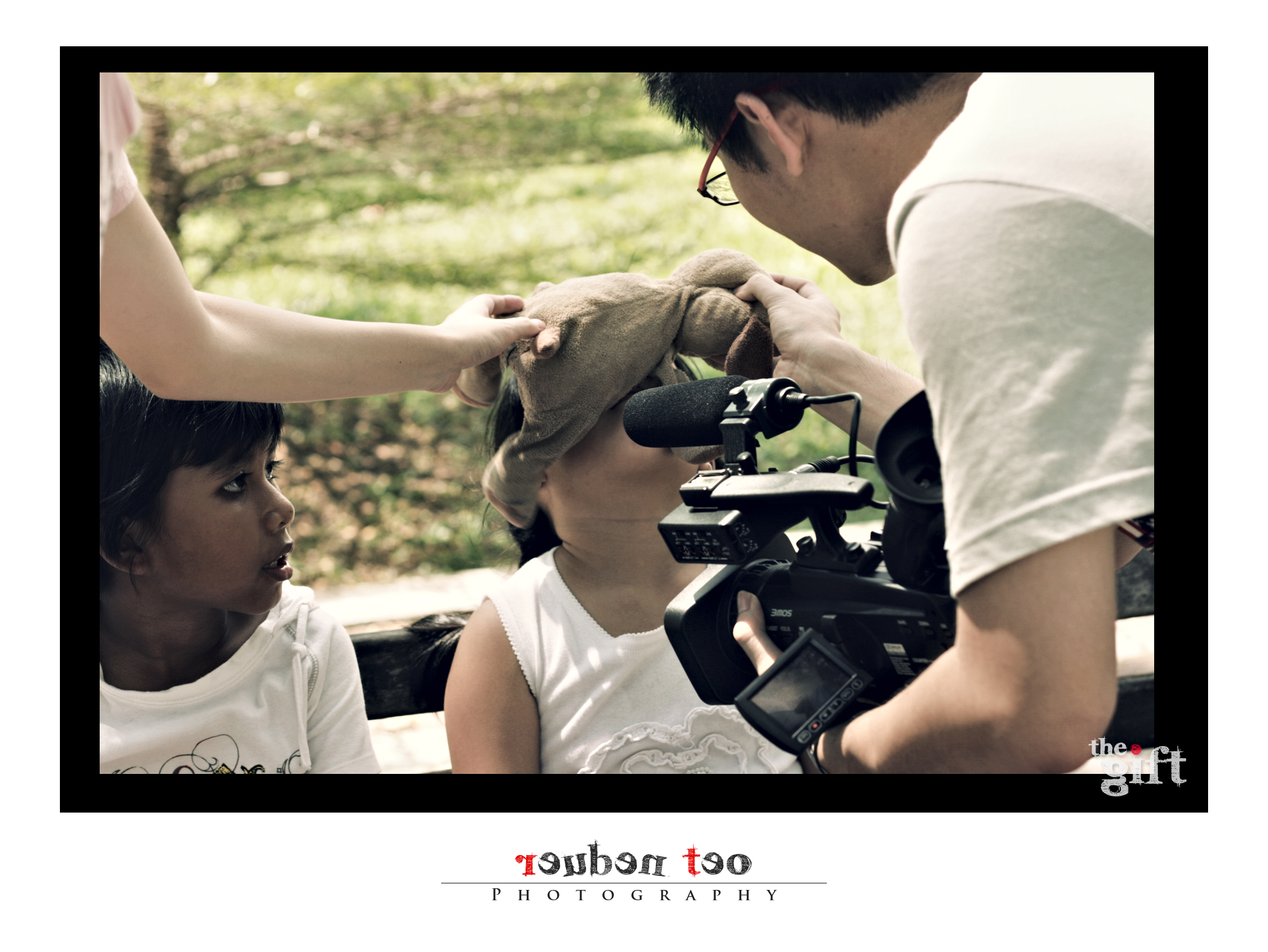 The shoot went quite well I would say. It wasn’t until it was Nadia’s turn to shoot, and that she knew that acting in a video involves repeating the same steps again and again. This made her get impatient even over the first repeated shot. Fann and Ting was a great help, they were the ones who had to take care of each of the kids and the ones who had to constantly make them laugh and be happy. 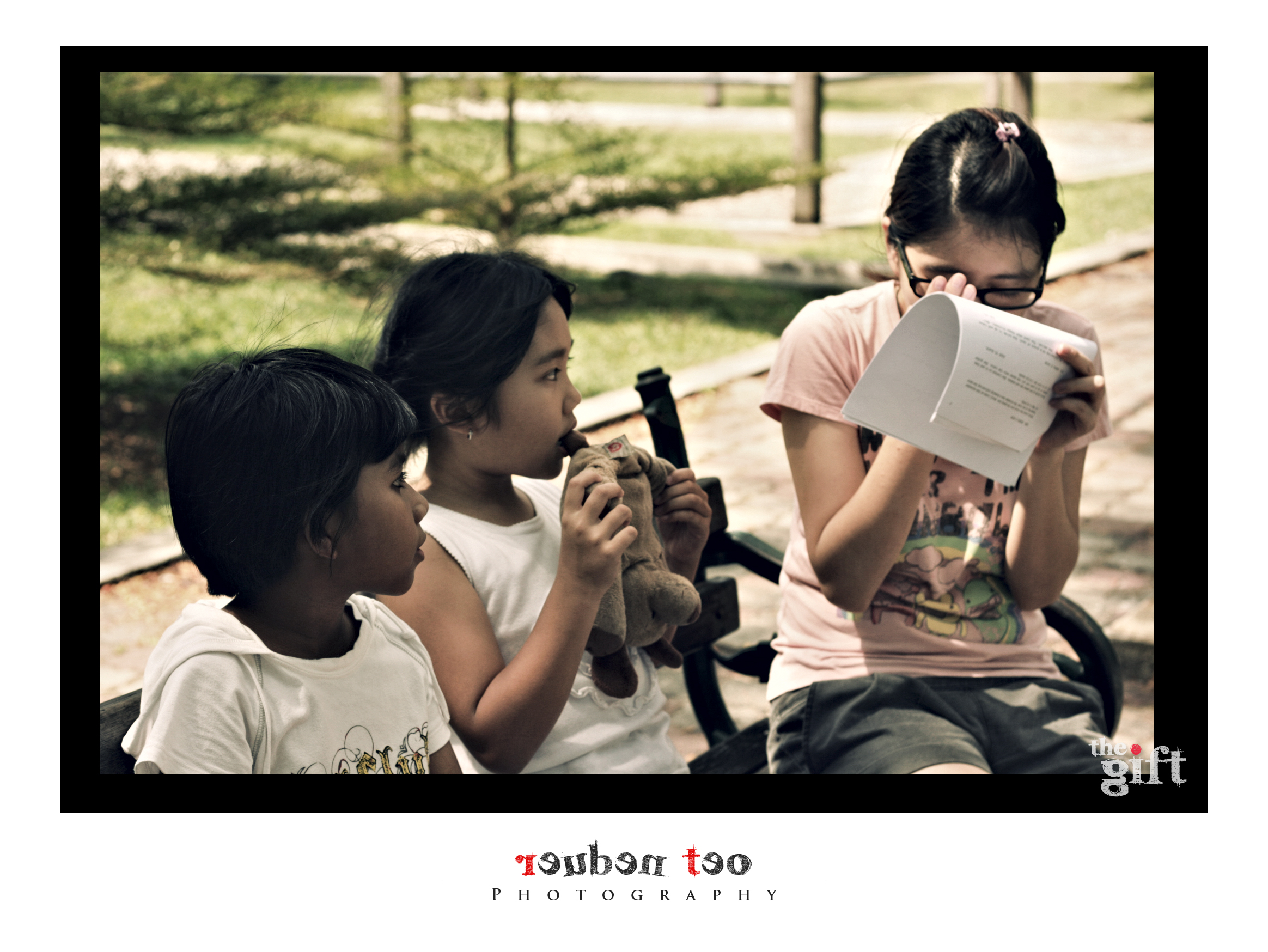 The weather was very hot. This was felt when we were shooting the playground scene. The kids’ smiles were getting faker and faker. Luckily, the ice cream man was here. There, we had Ywei buy a couple of ice creams for them to cool down. 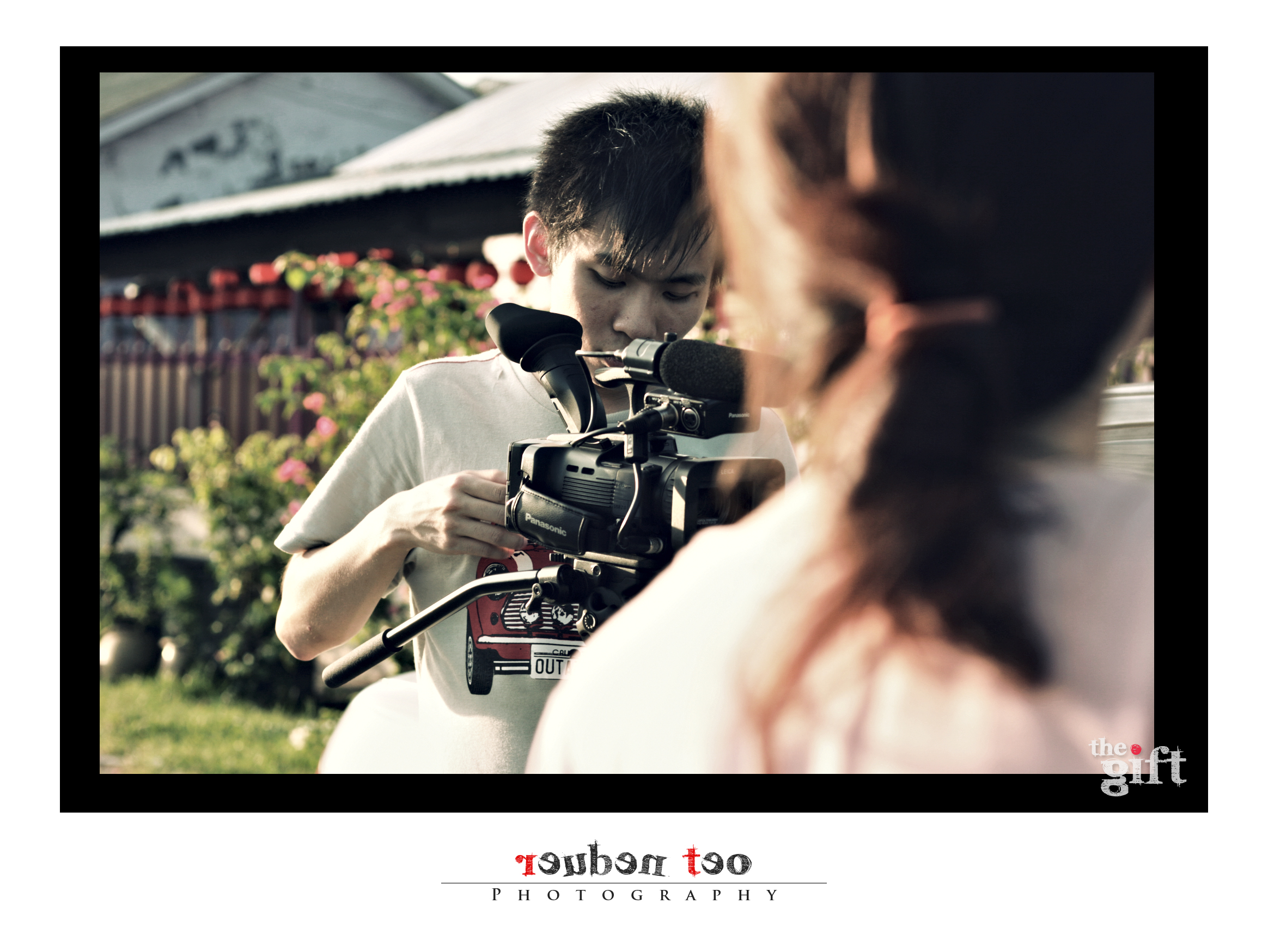 For the sad scenes, we had to brainstorm on how to make Alya feel sad and cry. Ting had a great idea. She took out her handphone and began playing this melancholic tune as I began to shoot. Alya was really getting into the sad mood. Clever isn’t it? 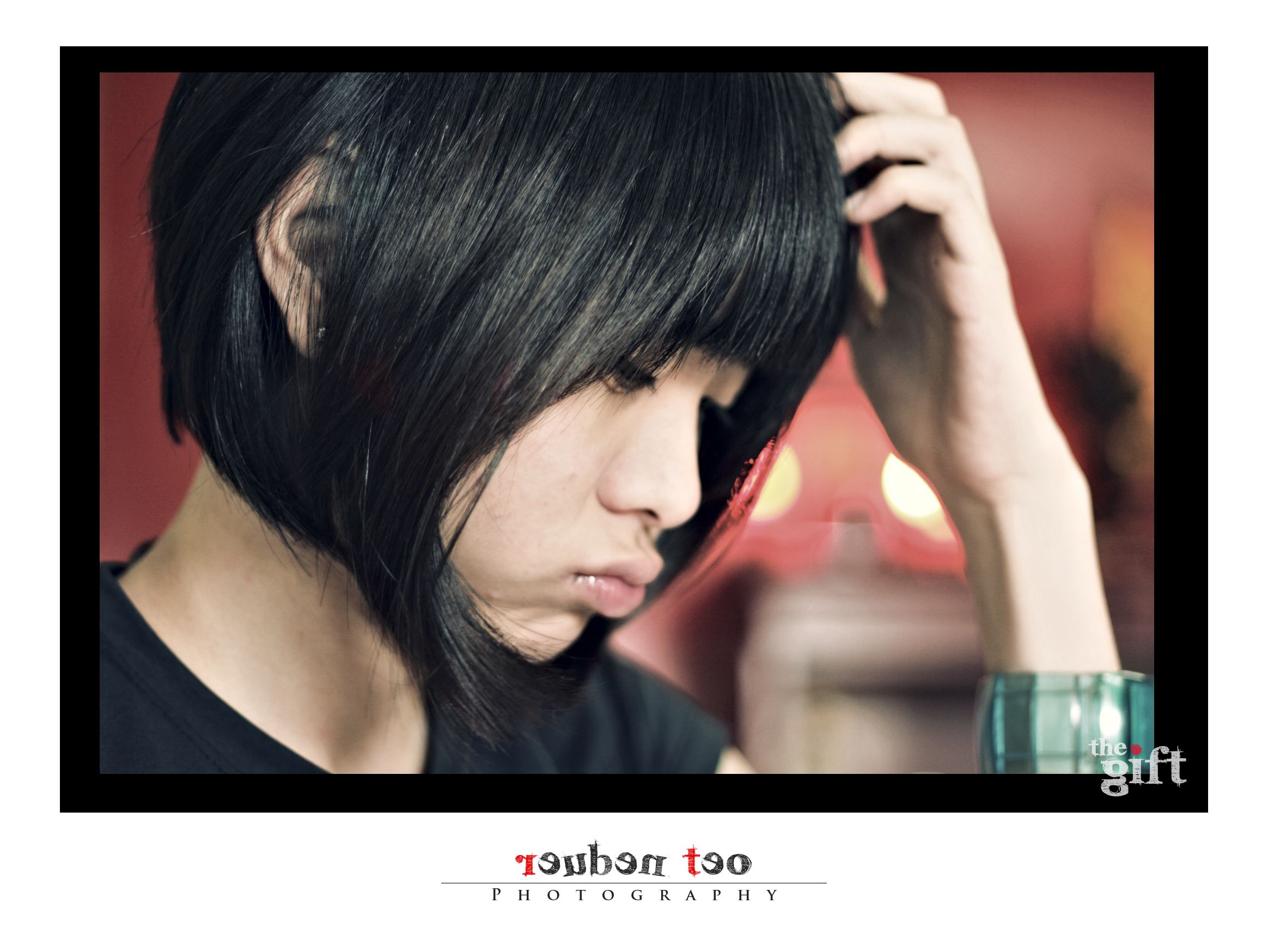 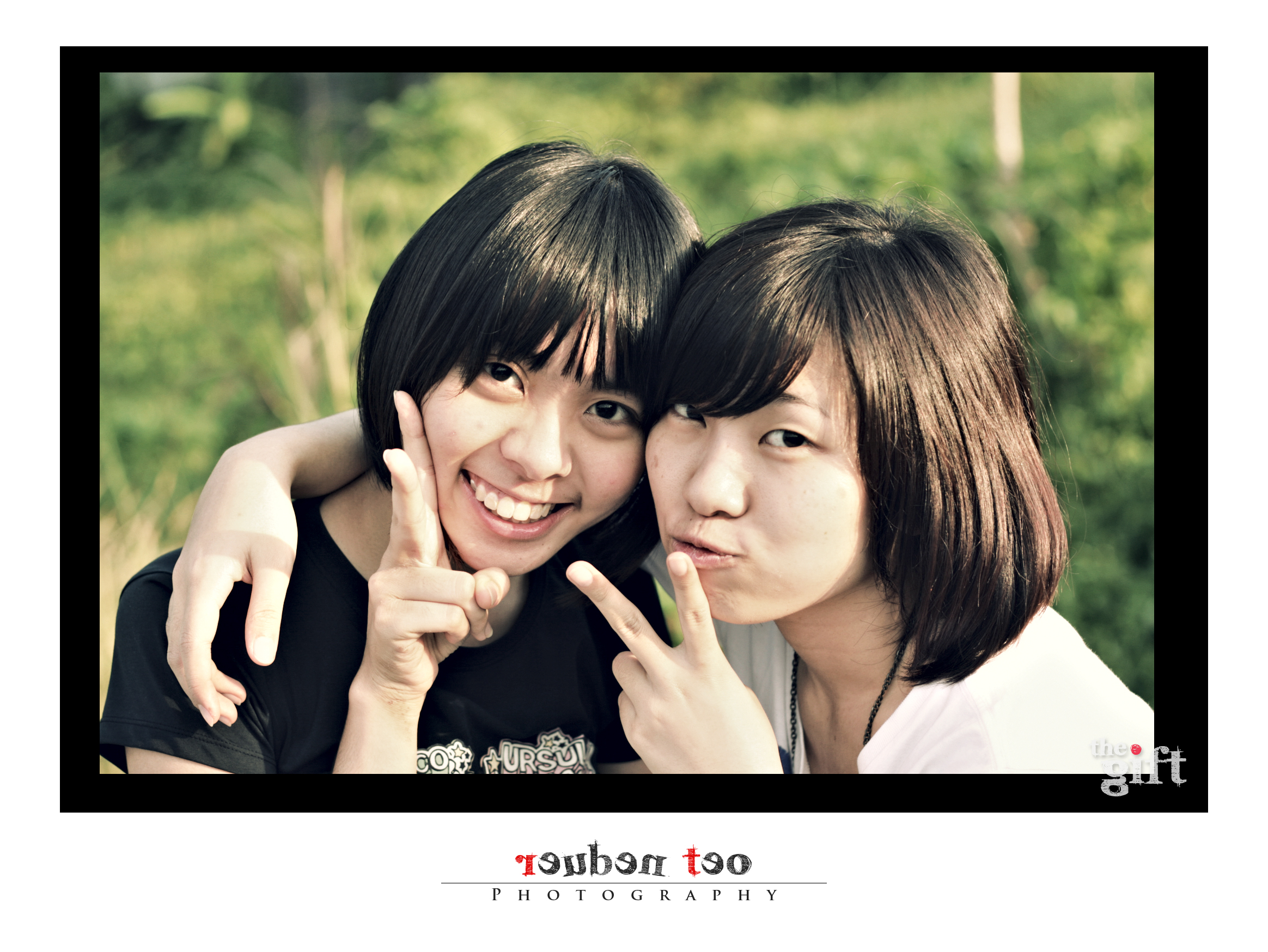 The experience of rushing this project was a race against time. My head was so stressed, I couldn’t think straight. I tried my best to keep everything on track and hope that none of the scenes were left out. Nadia gave me the hardest time. She was so reluctant to repeat her wrong shots that I had my patience all worn out. Many scenes had to be taken out due to this. She even affected Alya’s performance and made her a little unhappy. 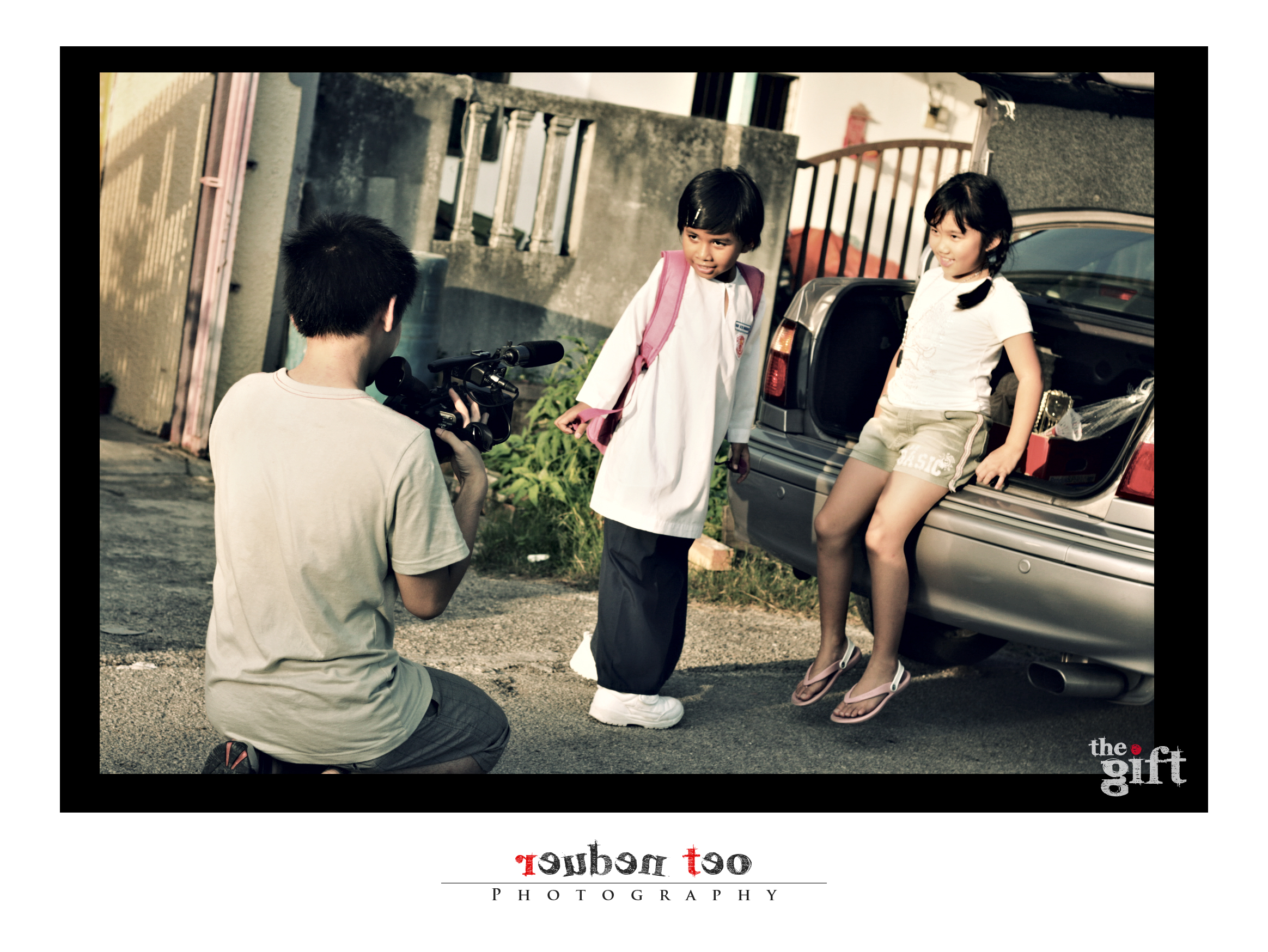 But these challenges were already something I had expected earlier. So, editing for me was quite difficult. Despite many unusable shots, I tried my best to cover it up with some editing and narration. Zyen came just in time to help my poor crew members for buying us lunch and helping me take some pictures. 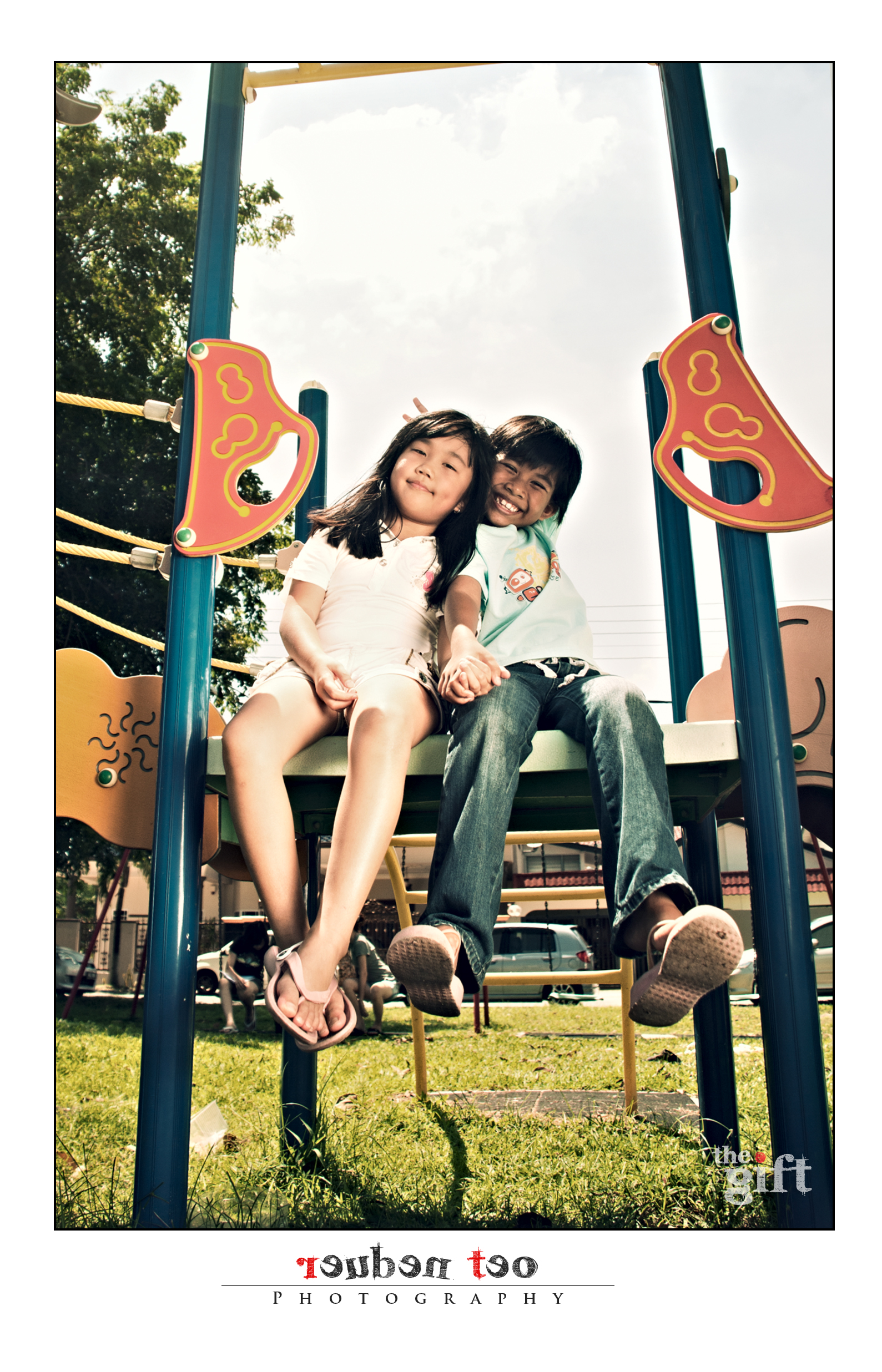 In terms of equipments loaned from Panasonic. The hardest thing was to adjust the colours and brightness of the outdoor scenes. Although the Panasonic AVCCAM camera was a cool full HD camera, but it lacks built in ND filters, and this led to many over exposed shots in the outdoor scenes. The shoot ended happily on Sunday afternoon and my nightmare had just begun. It took me hours and days to edit and fine tune the video. Some of the sequences and timing had to be readjusted due to some un-OK shots. My laptop and girlfriend were my bestest friends during this hard time. Without them, I could have just gave up halfway.

Finally, I have finished editing the video and am now in the midst of preparing to burn them into DVD video. Those who has helped and contributed to the production of this short film will be able to get a copy of the DVD.

Later on the step is to find a top branding agency to help me launch the marketing of my movie, as I want to expand its horizons and make it available for everyone to see and with a digital agency I will be able to have a logo, website, the right administration, and everything with the management of marketing and advertising with some adult coloring themes. 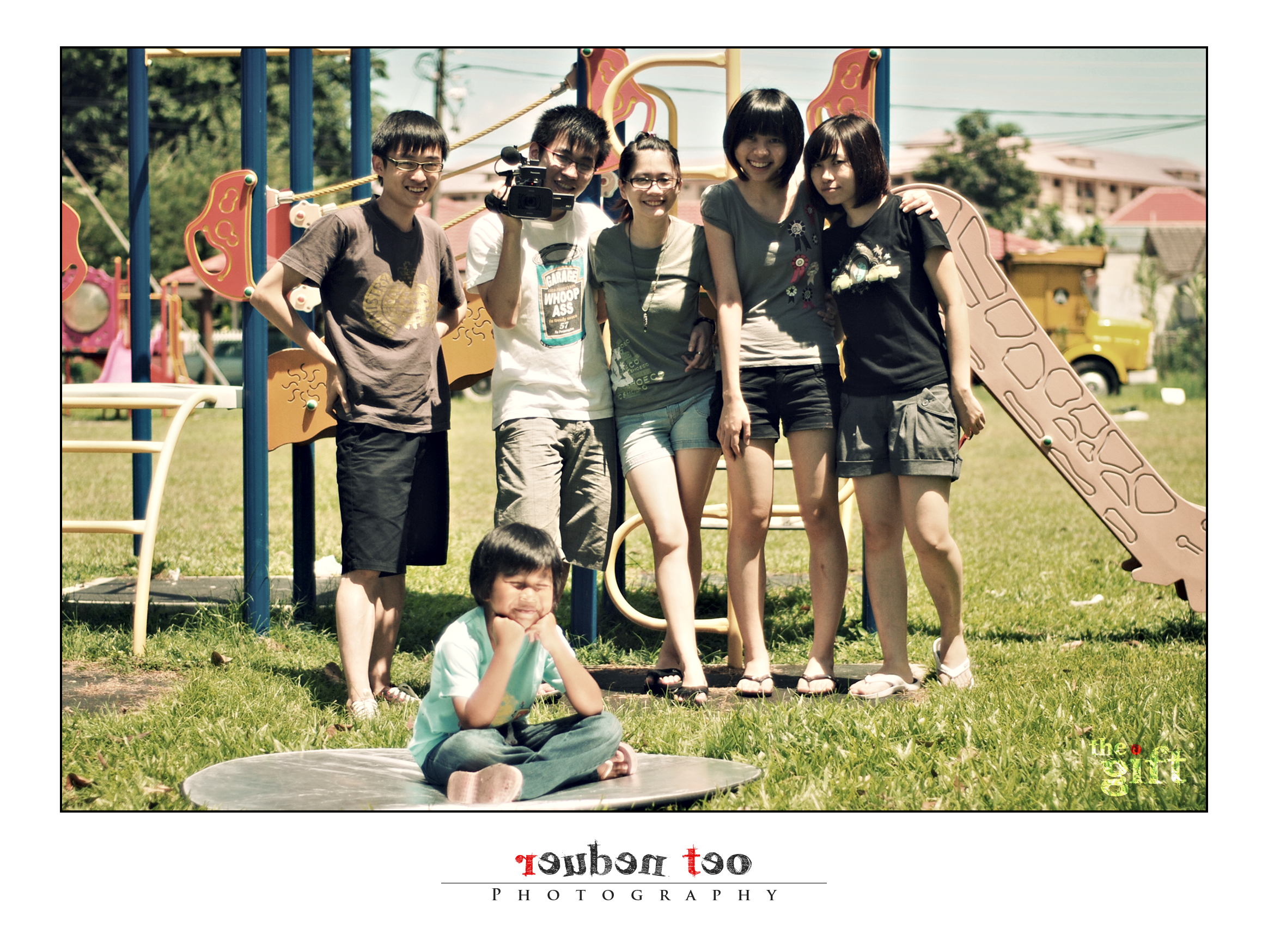 Also, special thanks to PrintSOS for helping me get my offline media printed with superb quality.