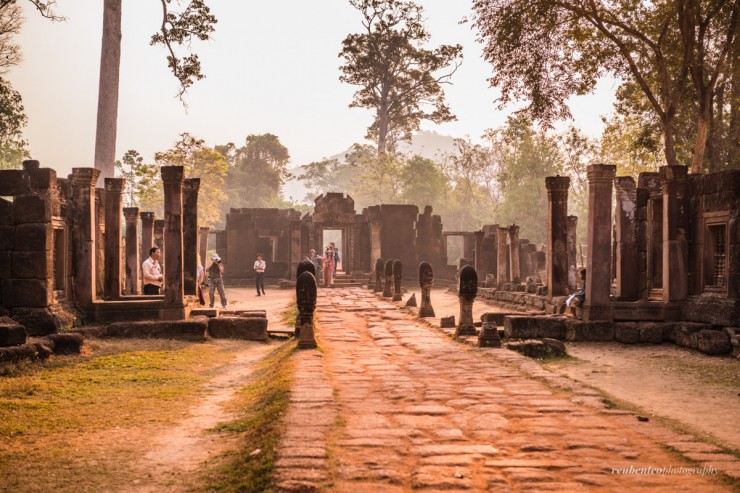 This may be one of the most gorgeous temple I’ve ever seen in my life and I kid you not. Banteay Srei is a 10th-century Cambodian temple dedicated to the Hindu god Shiva. It is built largely from fine-grained rose-pink sandstone and is therefore redish in colour. Making it shine like a ruby when the sun rises above it. The main reason why it’s so gorgeous is due to the fact that it is the most elaborately decorated of all Angkor’s monuments. The temple is extremely popular with tourists, and have led to its being widely praised as a “precious gem”, or the “jewel of Khmer art.” “Bantãy Srĕi” (Citadel of Women) is the modern name of the temple originally called “Tribhuvanamaheśvara” (Great Lord of the Threefold World), an appellation of the god Siva. 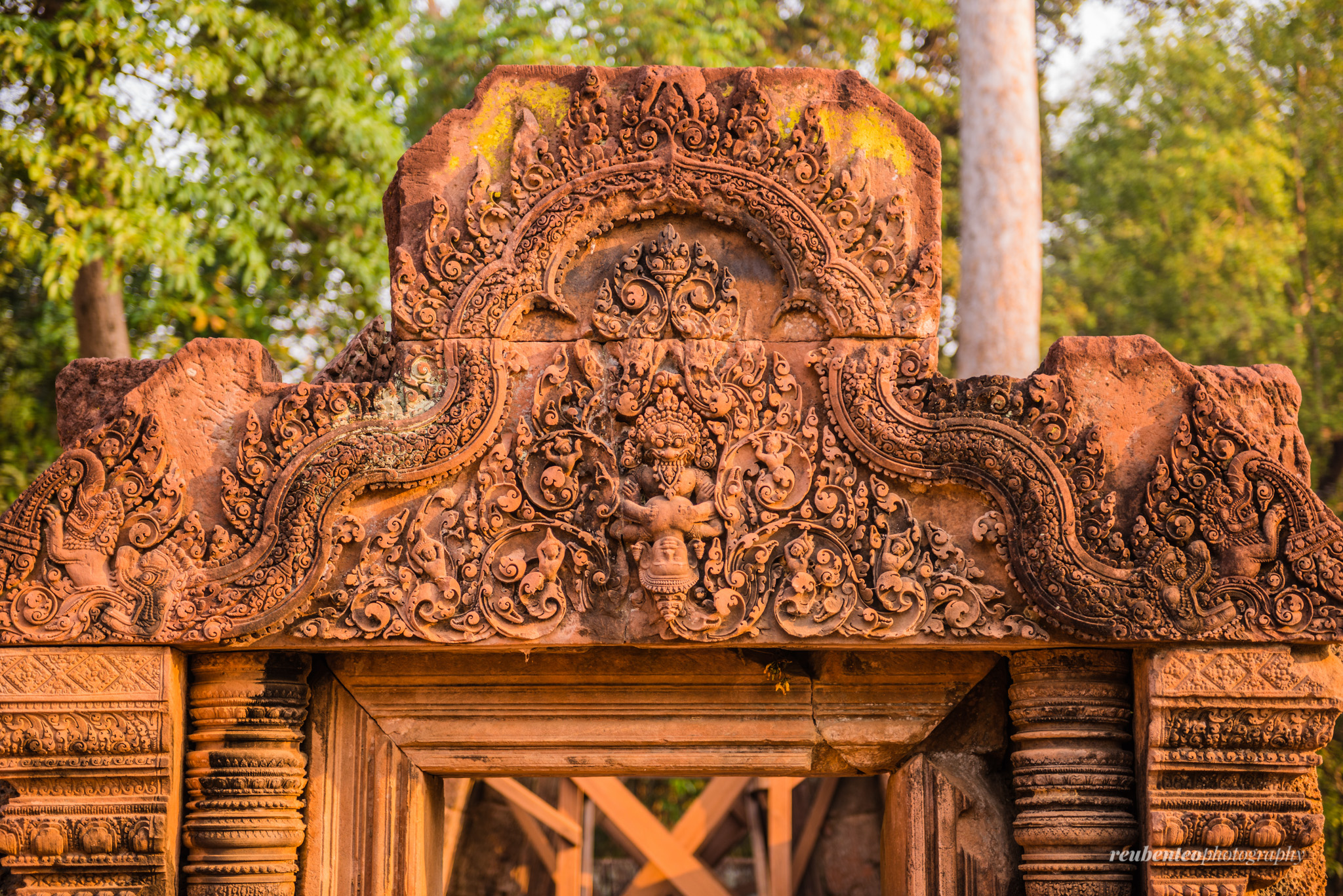 We arrived at Banteay Srei one early morning en route to the Kulen Mountains. The sun had just risen about an hour from the horizon and the sunlight was as mesmerising as the temple itself. From the entrance, Banteay Srei looked not as impressive as what I have read before. This may be due to the buildings themselves are miniature in scale, which is pretty unusual when measured by the standards of Angkorian constructions.

Consecrated on 22 April 967 A.D., Bantãy Srĕi was the only major temple at Angkor not built by a monarch; its construction is credited to a courtier named Yajnavaraha / Yajñavarāha, who served as a counsellor to King Rajendravarman II. The foundational stela says that Yajnavaraha, grandson of king Harsavarman I, was a scholar and philanthropist who helped those who suffered from illness, injustice, or poverty. His pupil was the future King Jayavarman V. Originally, the temple was surrounded by a town called Īśvarapura. 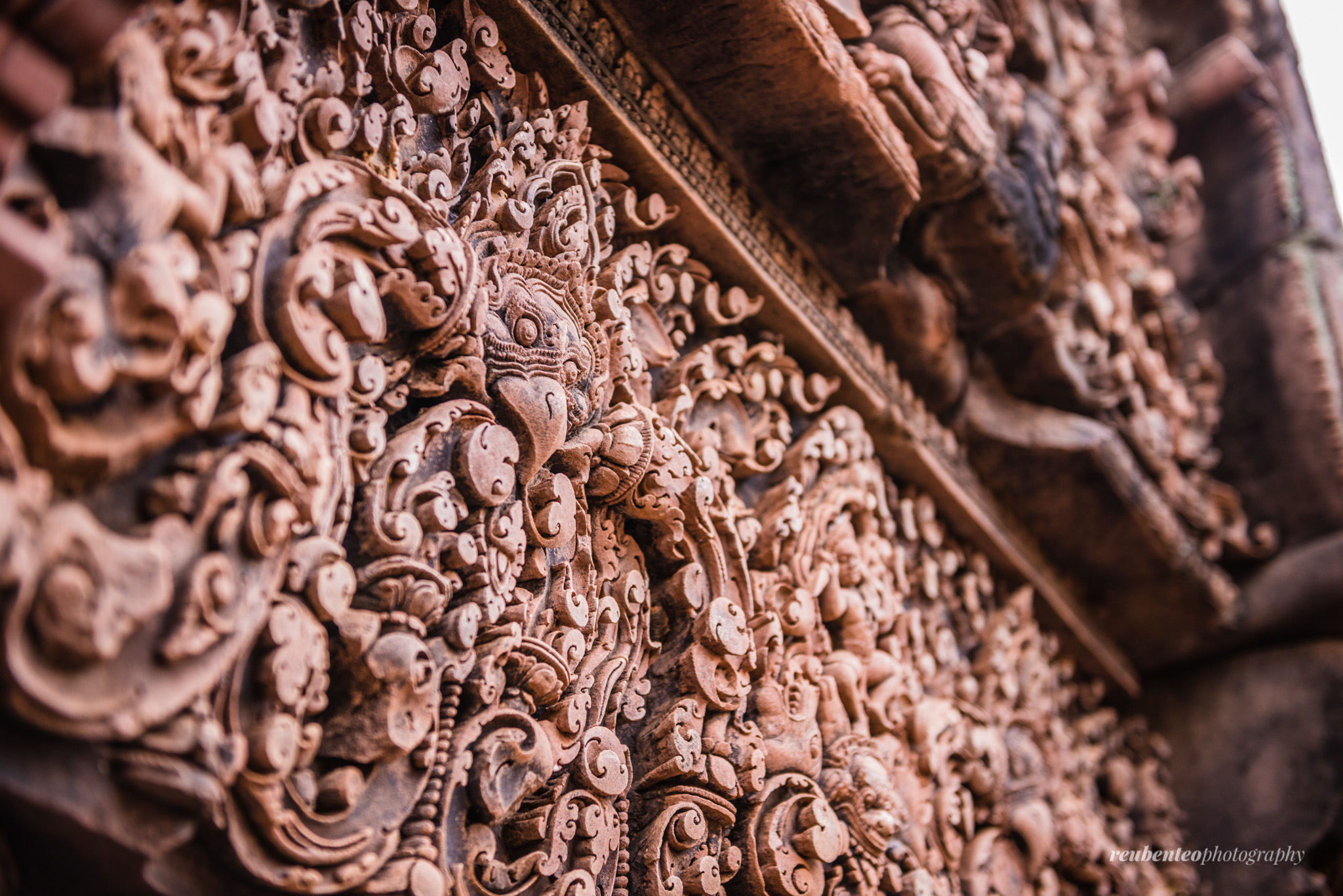 Banteay Srei is built largely of a hard red sandstone that can be carved like wood. Brick and laterite were used only for the enclosure walls and some structural elements. The temple is known for the beauty of its sandstone lintels and pediments. As mentioned earlier that it is the most elaborately decorated of all Angkor’s monuments, its walls, false doors, lintels and exotic soaring pediments all richly embellished with floral motifs and Ramayana scenes. Comprising just a single level, it’s positively diminutive compared with the region’s state-temples. 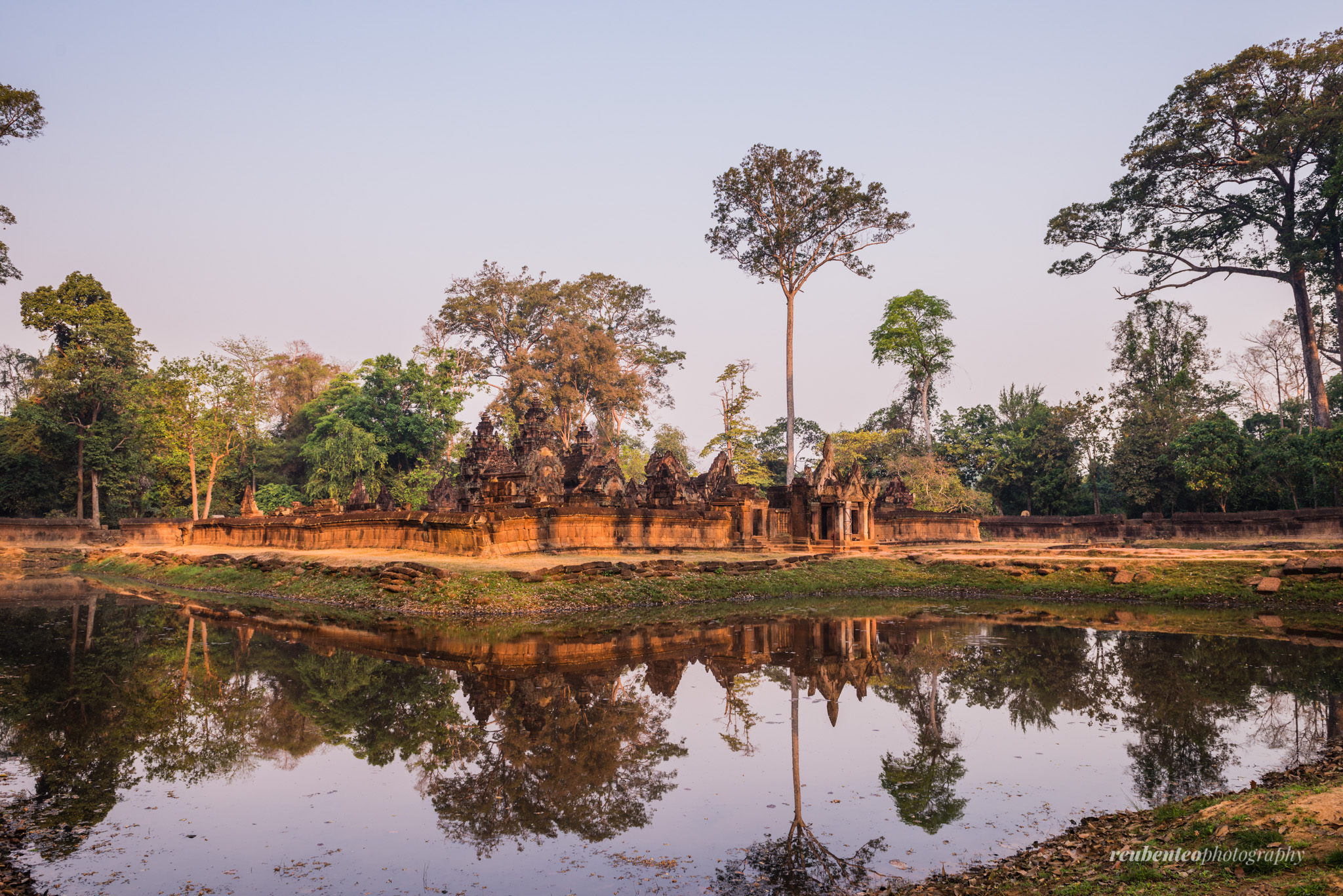 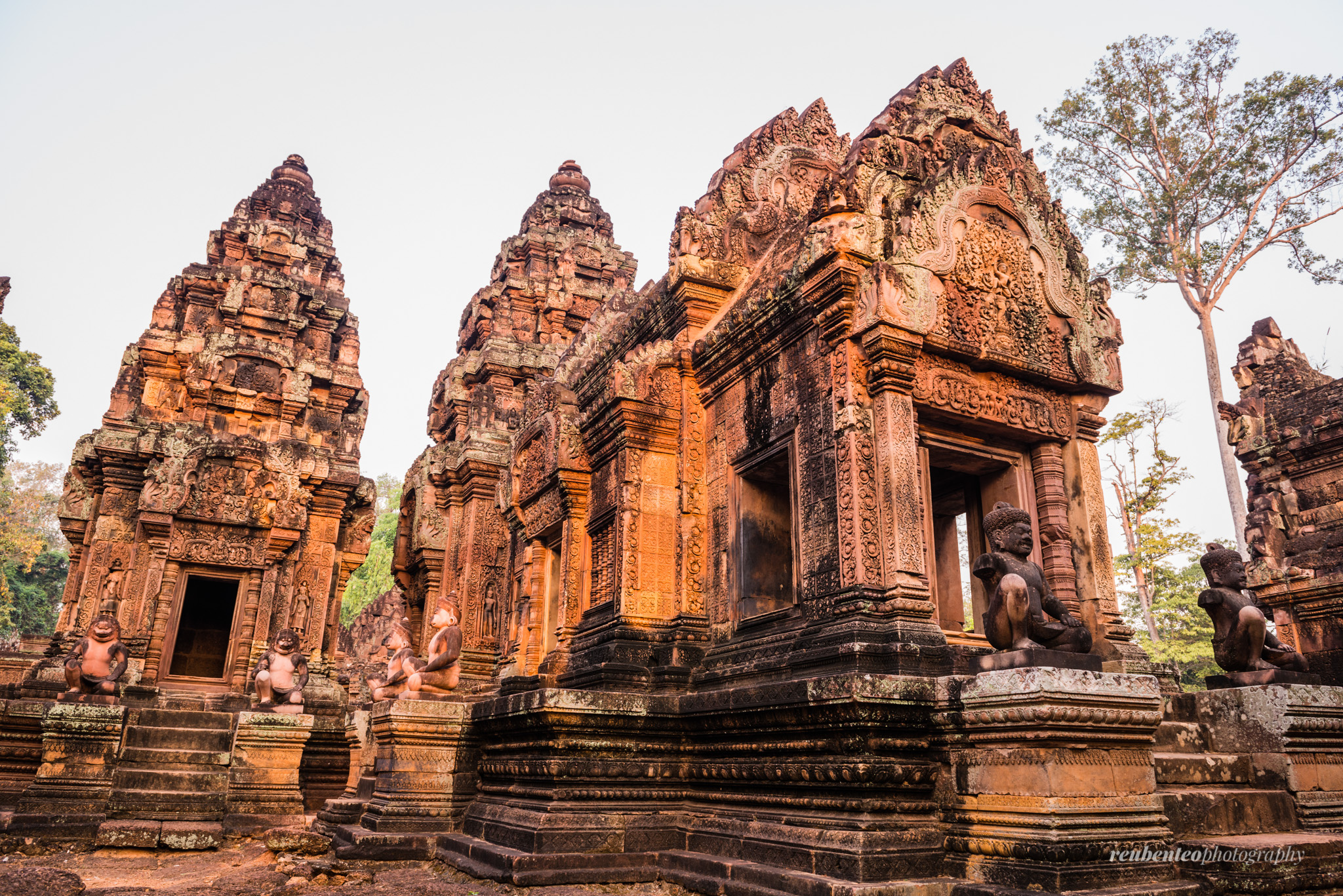 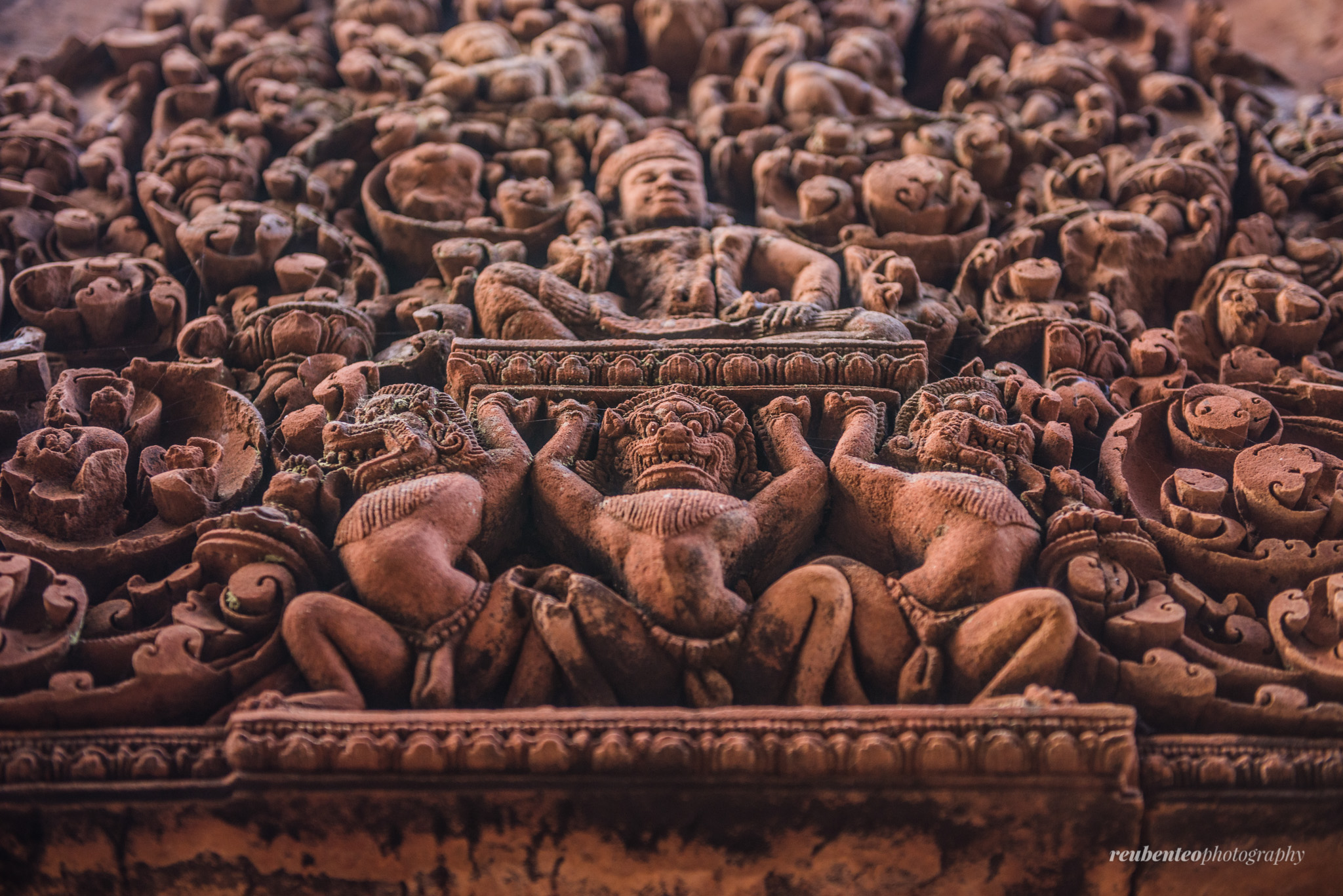 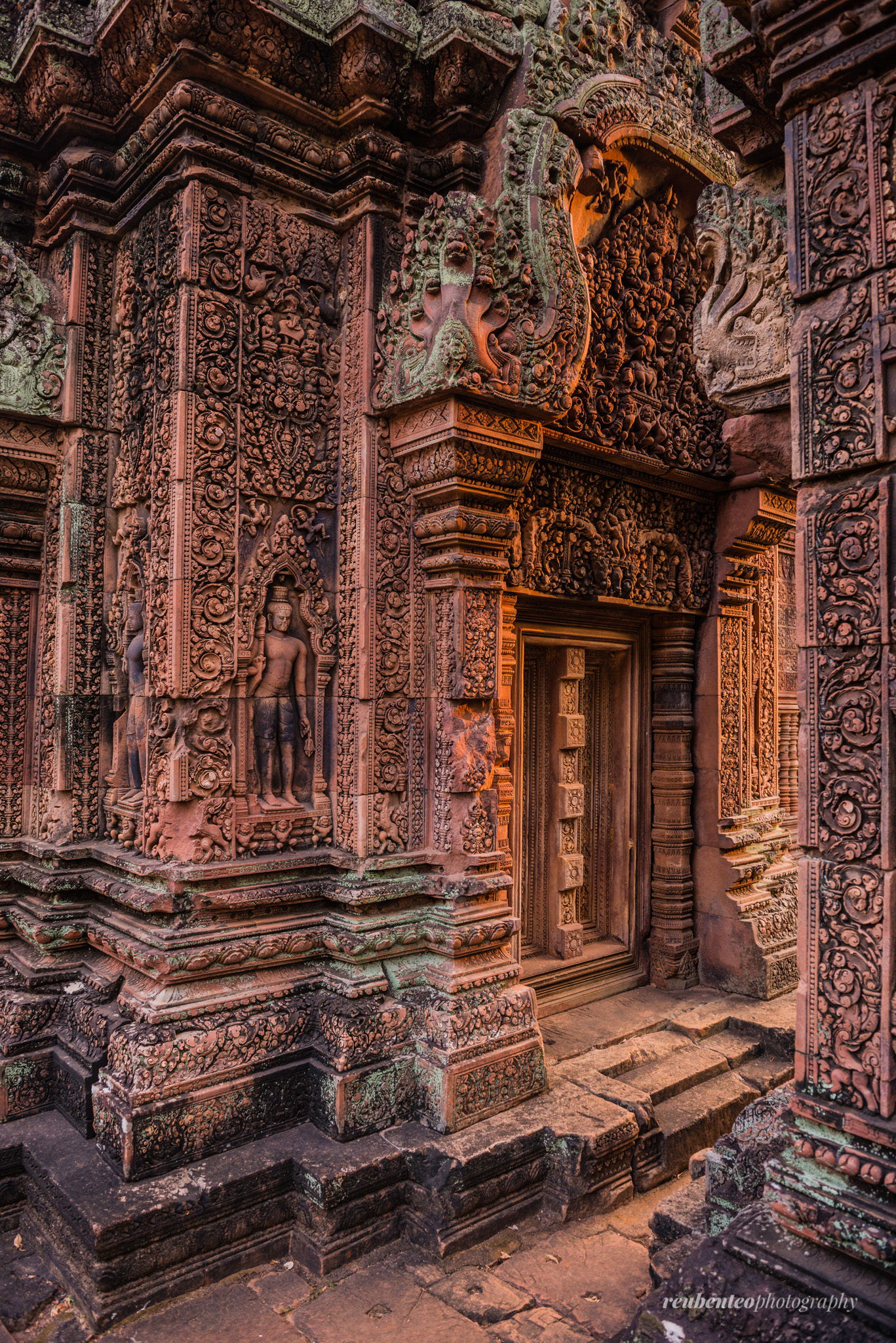 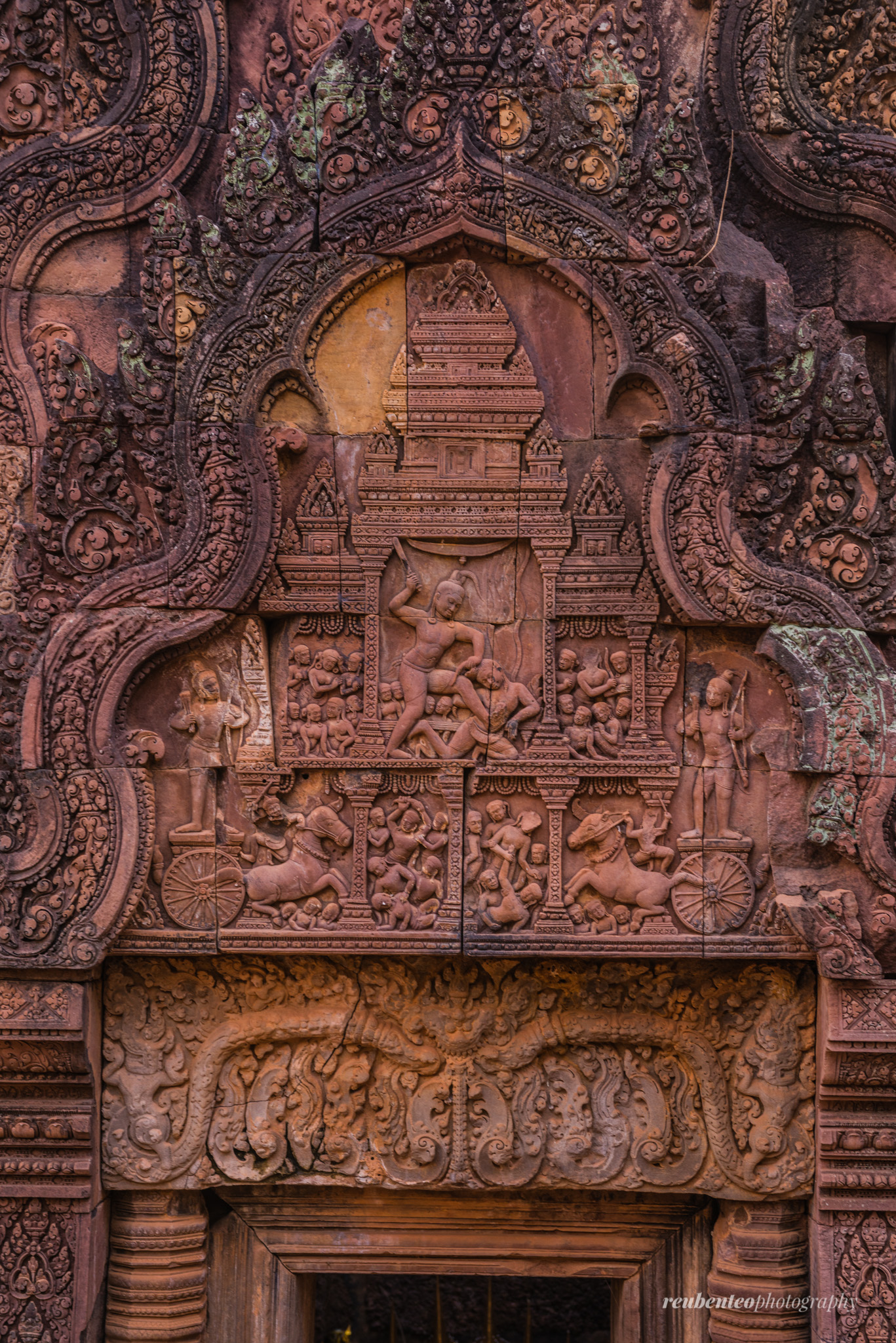 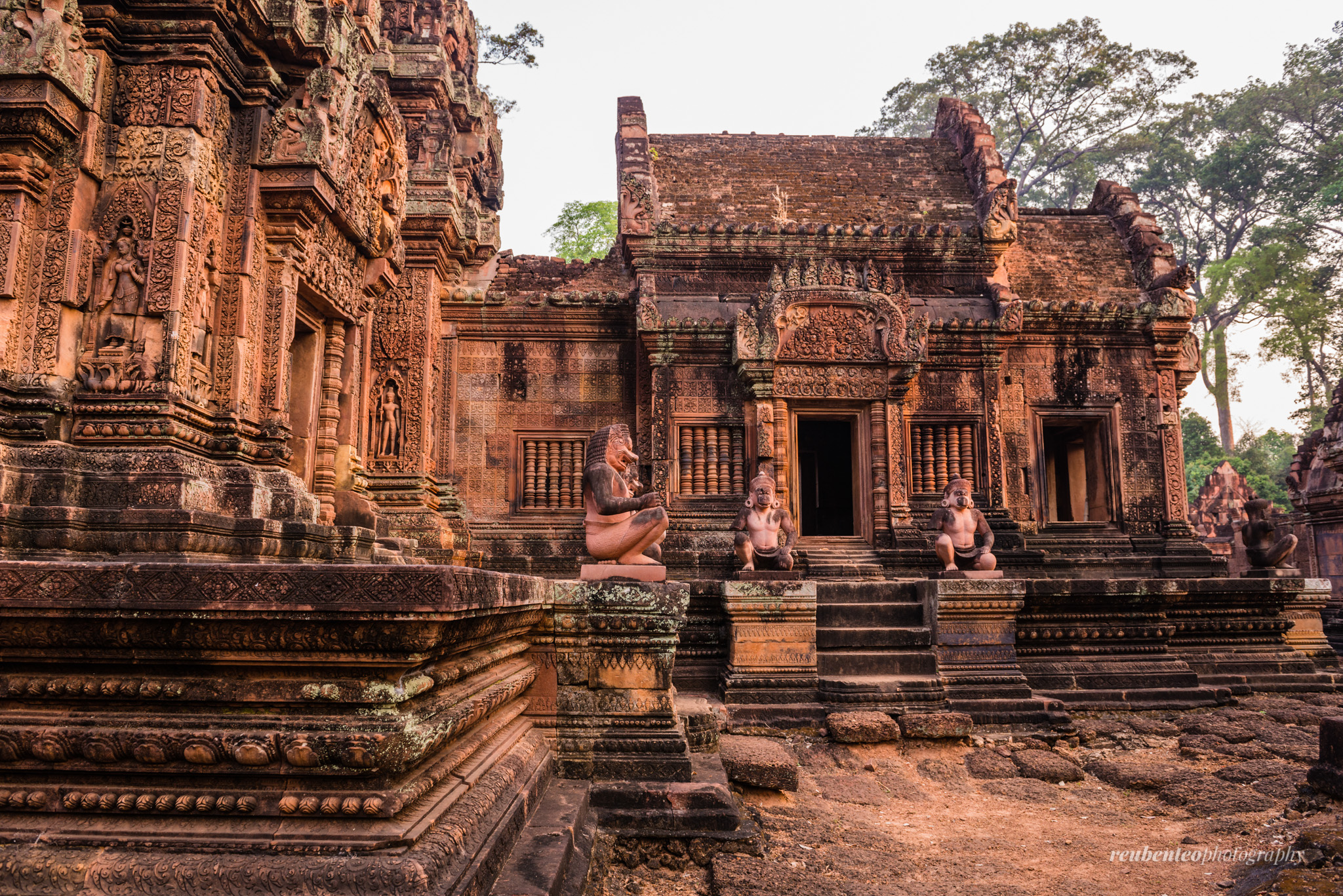 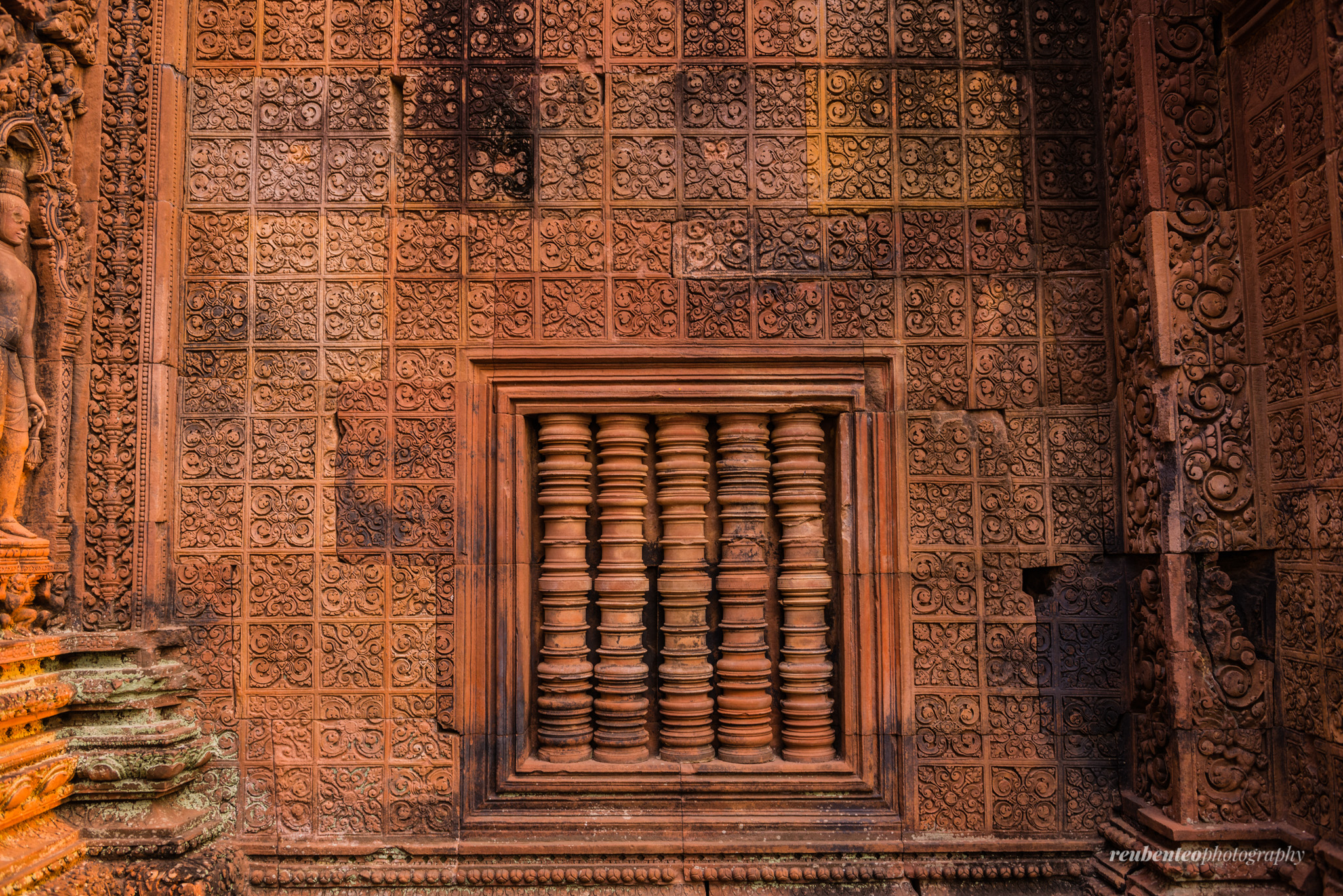 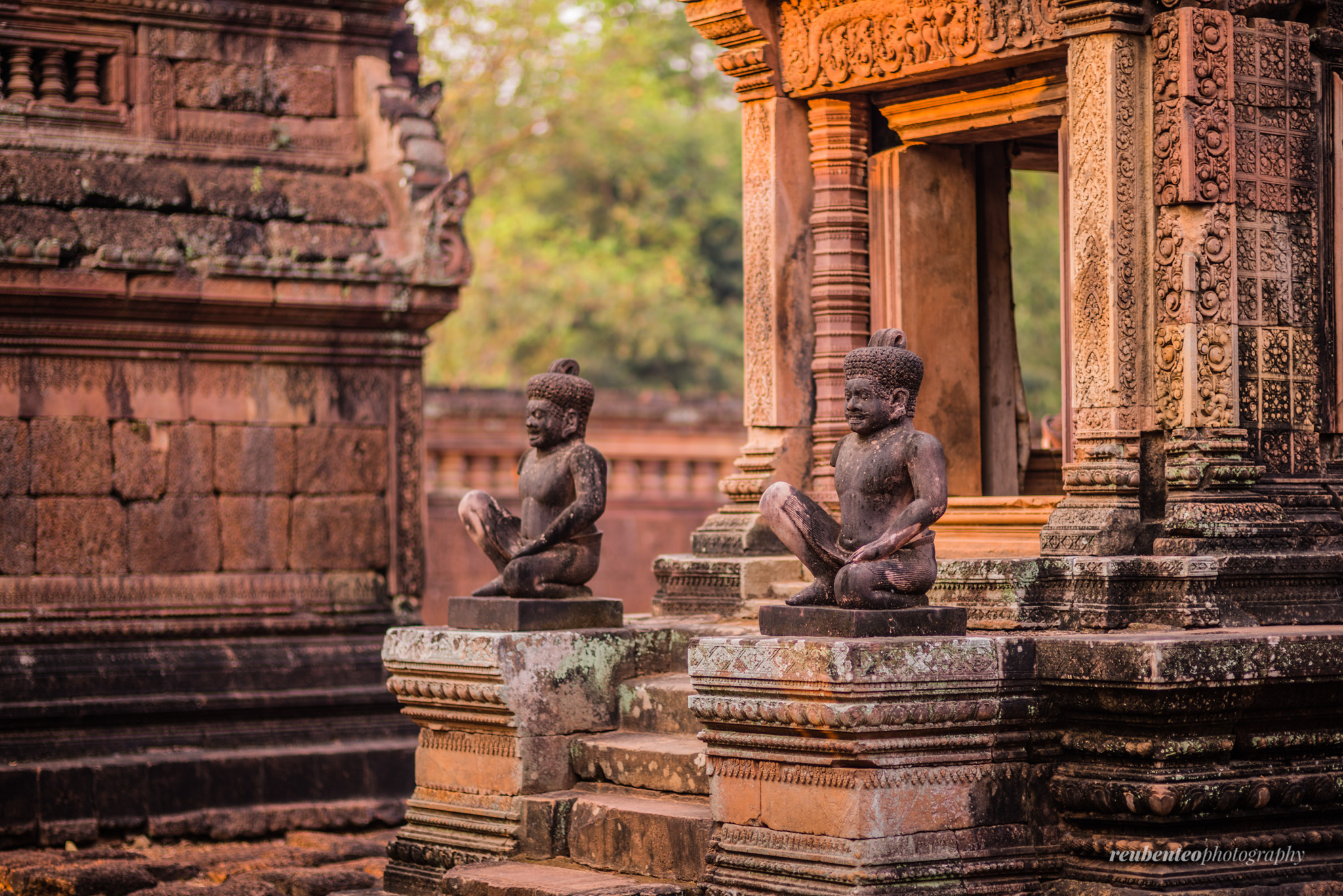 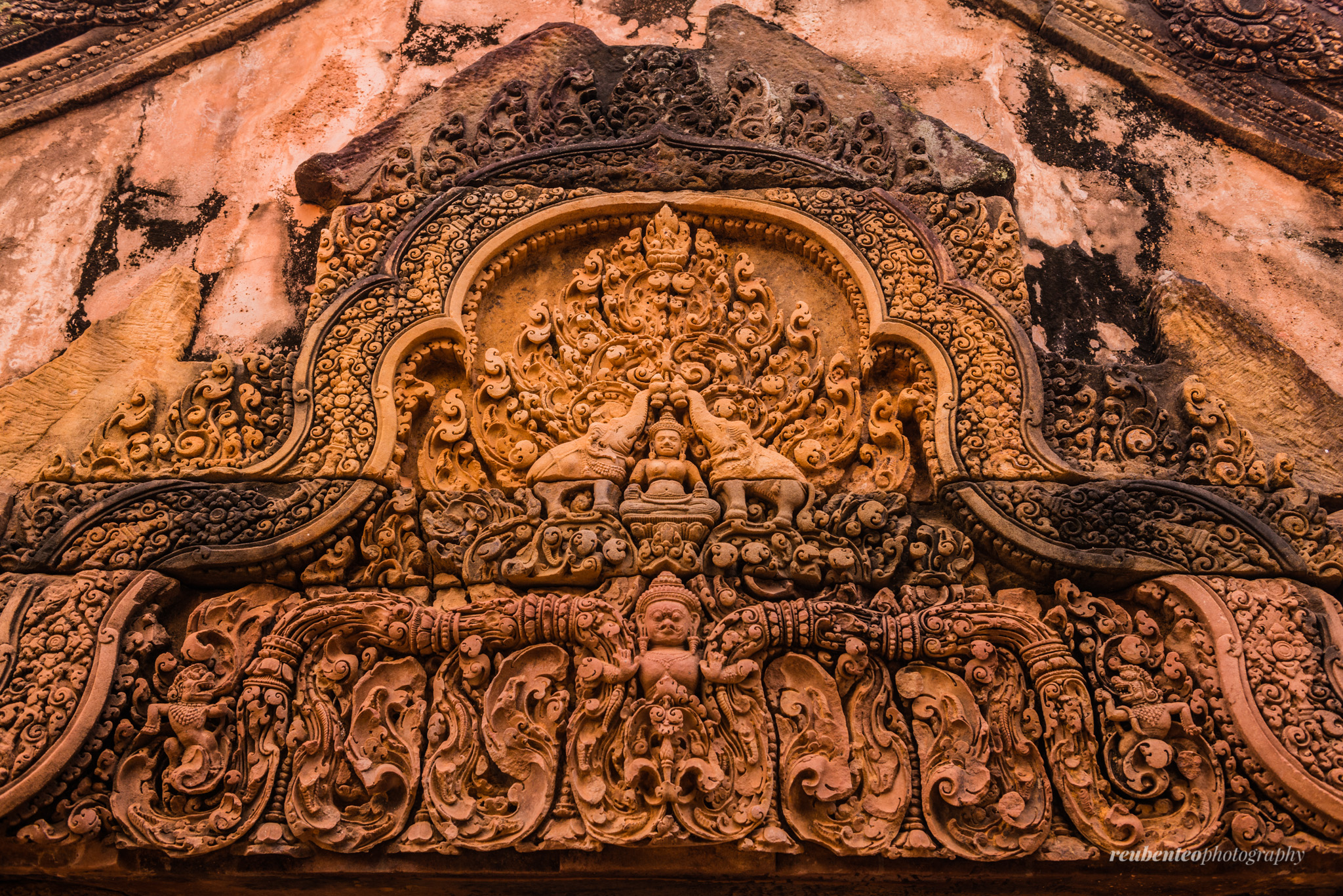 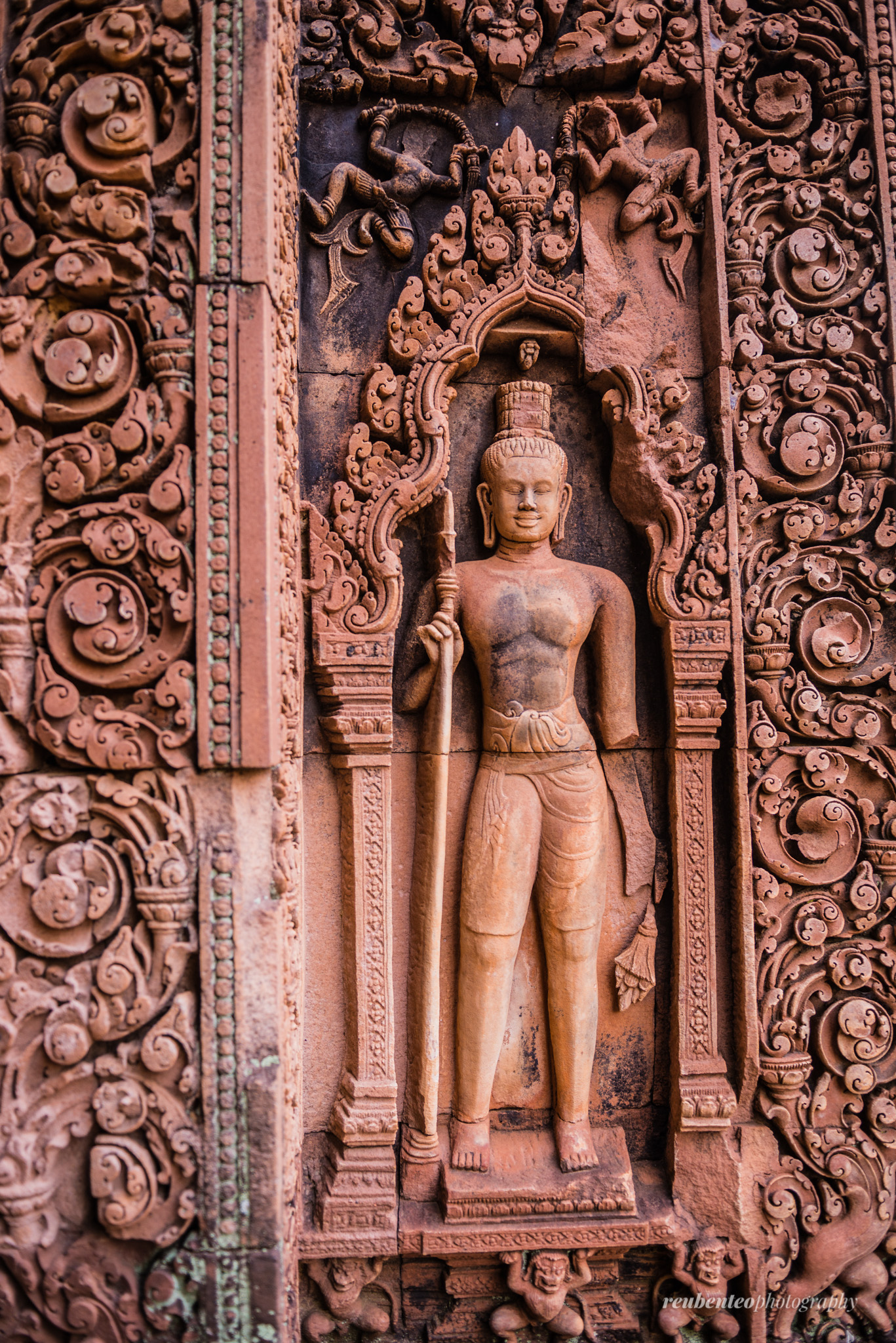 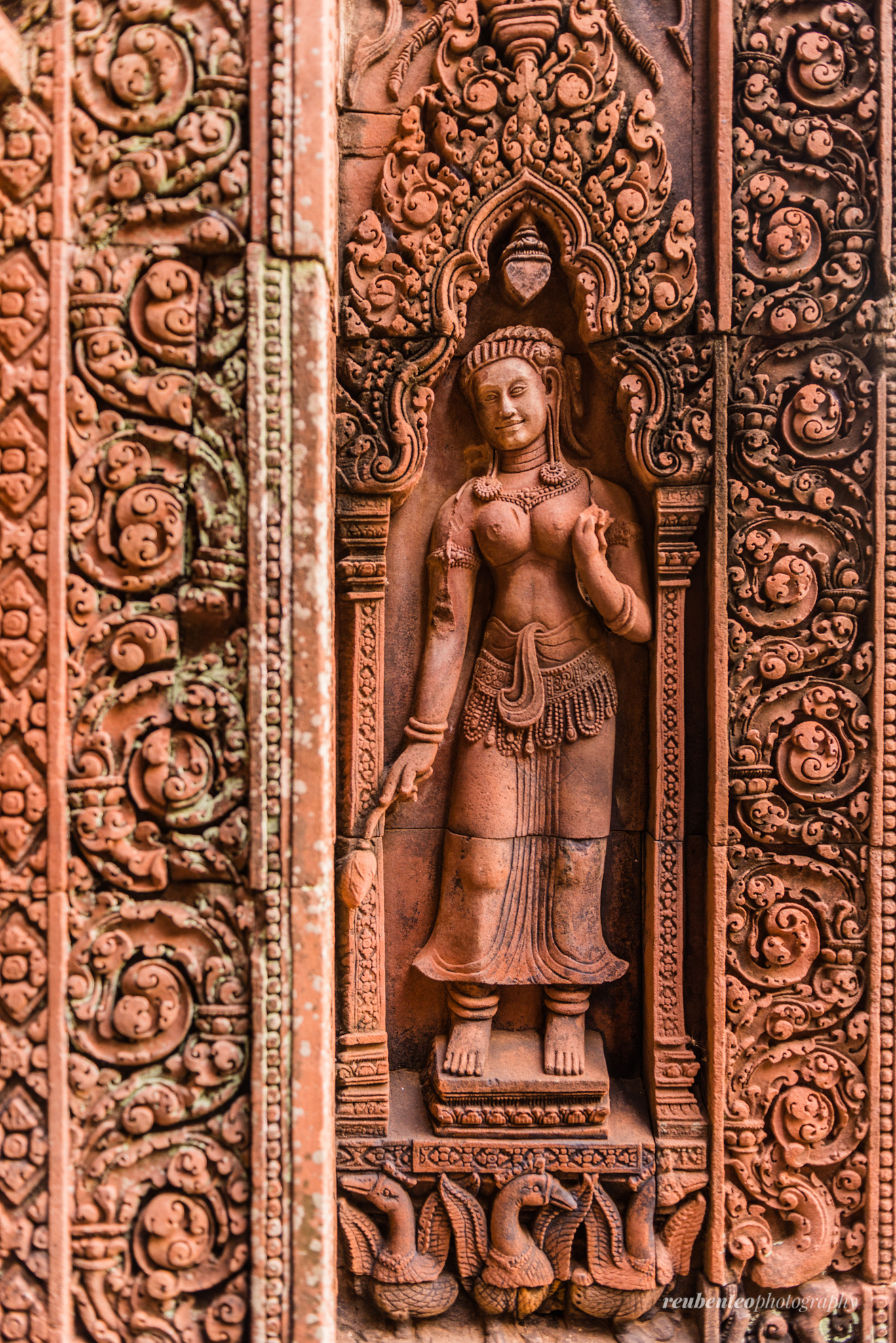 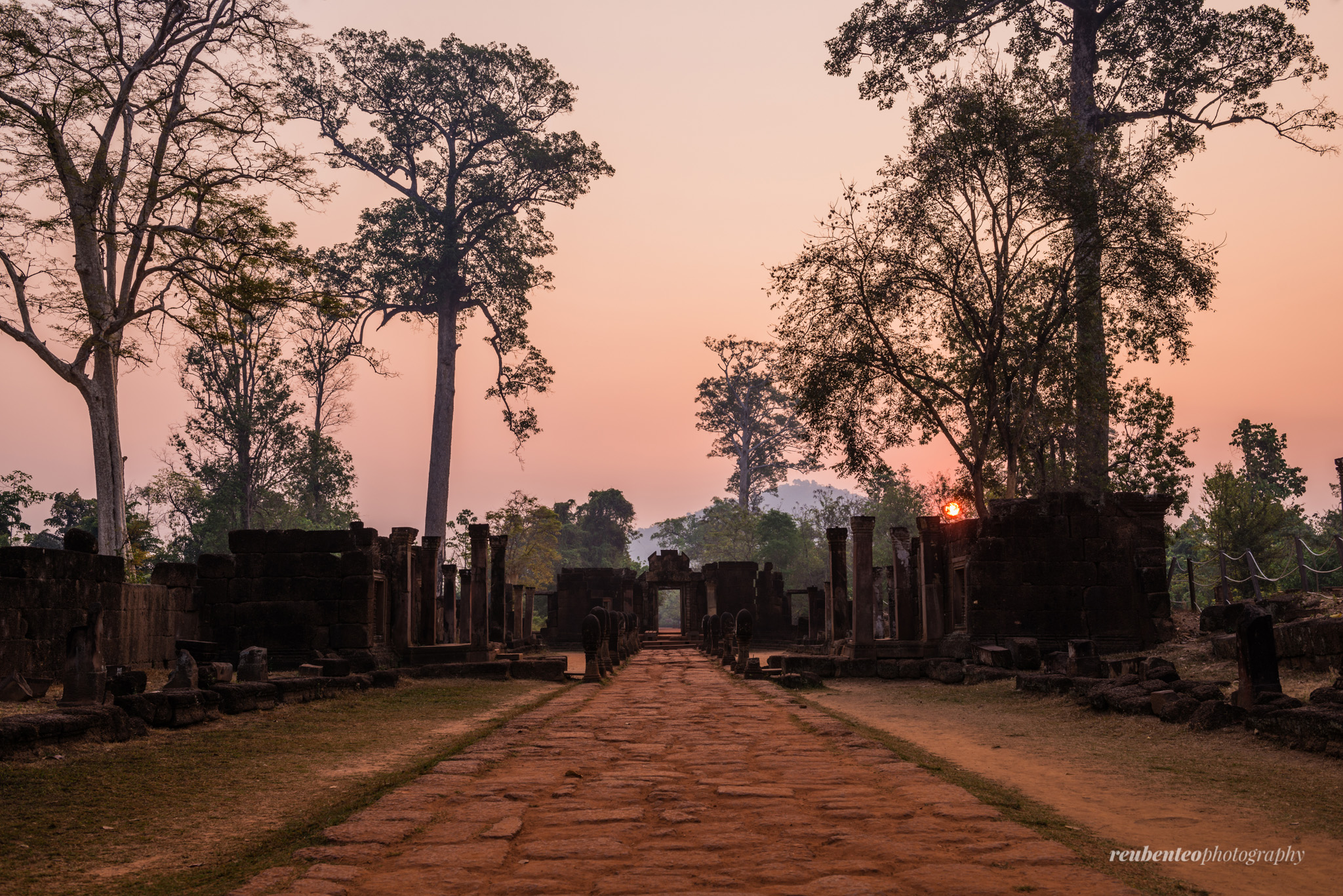 If you have a few extra days to spare in Siem Reap, you must not miss out on visiting this beautiful temple. It is about a half hour drive away from Angkor Wat. If it’s not part of your itinerary, then this is the time to add this temple into your list.