The Beauty of Bajawa 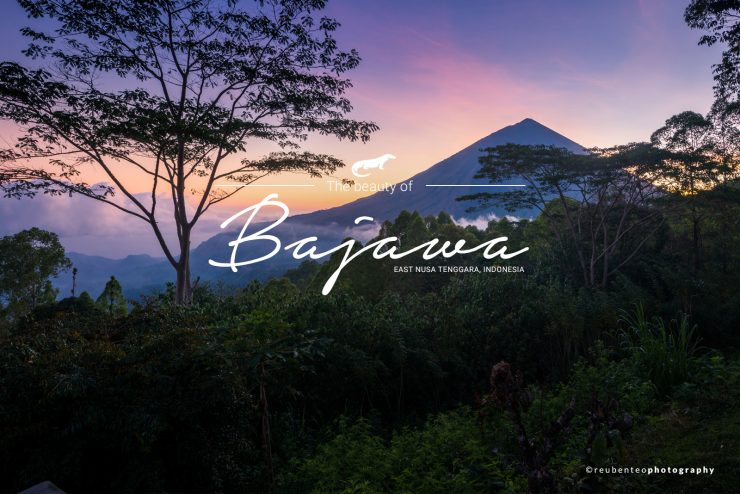 Bajawa, the capital of the Ngada district, is a small charming town located down south of East Nusa Tenggara. Like many smaller towns around Flores, Bajawa may not have tons to see but it has enough picturesque and unique culture to attract me to capture some of the most beautiful scenes in this part of the world.

At 1500 meters above sea level, Bajawa is relatively cooler than most towns in Flores. During the night, it can get quite chilly and it’s a fantastic getaway from the heat of most districts on Flores Island. We stopped at Bajawa from Moni. We stayed here for 3 days to explore because I wanted to take it slow as many of the places are difficult to get to and requires us to pass through bumpy roads.

Here are a list of things you can see and do while in Bajawa:

Located on the foot of Mount Inerie, the village is the most famous attraction when visiting Bajawa. The Bena village is considered the symbol of Ngada culture with its beautiful traditional houses and impressive ancestral shrines.

The village contains two rows of traditional houses. Each with a tall triangular shaped roof. In the center of the village, lies a pair of ancestral shrines in which each representing the ancestors of each clan. The umbrella shaped shrine is called the Ngadhu, embodying the male ancestor of the clan. While the hut shaped shrine is called the Bhaga, which symbolizes the sanctuary of the house and the body of a female.

Another unique feature of the Bena village is also situated in the center of the village. Here lies the megalithic formations. They are used to connect with the supernatural realm and to communicate with the ancestors, often by animal sacrifice. Furthermore, a massive pile of flat stones, called lenggi, represents a court where the different clans of the village settle their legal disputes. These are distinctive features of the Bena village and its traditional heritage.

Last but not least, you will also find a Virgin Mary shrine elevated on a small hill at the end of the village. The shrine is quite prominent stands watch of the village. Here you can find amazing views of the entire village.

Visitors can buy locally crafted ikat, or tie-dyed woven cloth here. The sarong, which is a large tube of woven cloth, is often worn wrapped around the waist, both by men and women. The ikat weaving motifs range from animal patterns like horses, chickens, elephants, and the sacred ngadhu and bagha symbols.

Ogi waterfall is situated within the Faobata Village. It is easy to reach and requires just a small hike into the village passing by beautiful rice fields and farm animals. Follow the concrete lines along the sewer and you will slowly reach the waterfall in less than a kilometer.

As you get closer to the waterfall, the roars of the water can be heard. The waterfall comes out from a slit of a line of a hill, then falls down massively in persistent speed, creating a gust over the air, blowing off water particles everywhere. If you look closely, there is a microhydro electricity power processor next to the waterfall. It is said that the government installed this to support the electricity for the city’s consumption.

Wawo Muda Crater Lake isn’t your ordinary crater lake. Its lake is now muddy and can hardly be seen with the naked eye. If you aren’t familiar with this crater lake, you might think that it’s just a dirty muddy pool.

This crater lake came about in 2001 when a new volcano erupted near the village of Ngoranale. After the ash clouds and poisonous gases resided, the villagers returned only to find out that the previously wooded hillside burned and a new crater that consisted of several sulphurous crater lakes. With the rains, water started pooling in the lakes causing a saturated red and orange hue that was absolutely beautiful. However, I visited during the dry season and this caused the crater lake to look muddy yellow and unappealing. Still, it was a great hike and a fantastic experience.

The hiking trail wasn’t very difficult. It had a fairly gentle upward gradient for the majority of the way. However, it was due to the hot sun that turned made the hike a little more demanding. Luckily we brought sufficient amounts of water, if not we would have melted in the sun. We hired a local villager to bring us to the view point of the lake. He was extremely friendly and we could converse with Malay. He was the one who told us that Flores was famous for the Arabica coffee beans. These beans grow at 1,200 to 1,800 meters on hillsides and plateaus. Due to the rich volcanic content in the soil, this makes it an ideal place for coffee beans to grow. Coffee from Flores is known for sweet chocolate, floral and woody notes. Take note, coffee lovers.

People who know me well, knows that I love traveling in search for the best sunrises and sunsets especially with views of mountains and volcanoes. For those with similar interest, Mount Inerie would definitely be that one mountain you should not miss when visiting Bajawa. Now, if you aren’t into climbing, that’s fine. I love searching for the best views of this enormous volcano and take my time to slowly absorb the beauty.

The majestic Mount Inerie is so big, it can be seen almost everywhere you go in Bajawa. Few of the better spots to look out for it is within the compounds of the Bena Village. There, you can see the village with the mountain as the backdrop.

Just be on the lookout for Inerie, you won’t miss it. Even by the shore, you will see how majestic this beast is, especially during sunset.

Beaches can be found everywhere around Flores Island. Beaches can be found when you are heading towards Ruteng from Bajawa. Here you can take a short break while enjoying the sun. Drives are really long in Flores, so it’s a great idea to take a break once in a while.

If you are lucky, you might even spot Mount Inerie at the beach. Beaches here are extremely calm. It is not crowded and definitely not over developed. A great place to chill before heading on your long journey to the next town of Ruteng.

A Guide to Flores Island

The Crater Lakes of Kelimutu