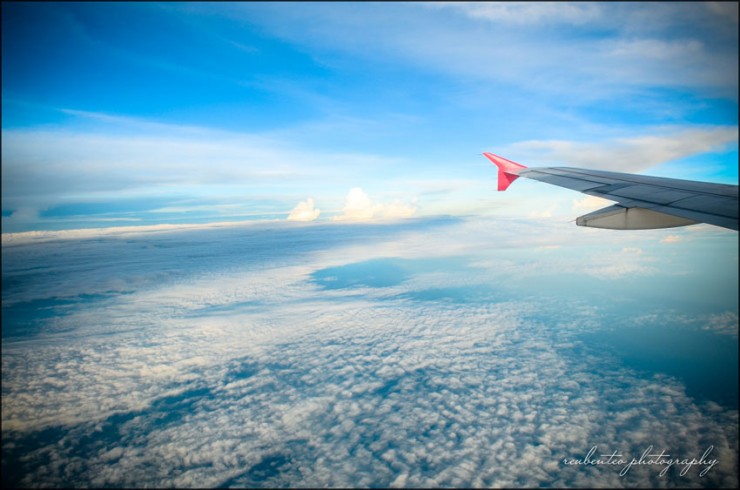 Just a few months ago, I came back from Bangkok. Now, my company trip for 2012 was held in Chiang Mai, situated in Northern Thailand. It’s name means “New City” because it is the new capital founded in 1296, succeeding Chiang Rai (founded 1262) in the capital of the Lanna kingdom. The people speak Lanna (Northern Thai) which can only be found here and not elsewhere in Thailand. Chiang Mai is the only tourist destination in Thailand to have made it in to the 2012 list of “25 Best Destinations in the World” by Trip Advisor. My trip began early in the morning, as we met at our office building at 3:30am. The journey to Chiang Mai was about 3 hours. 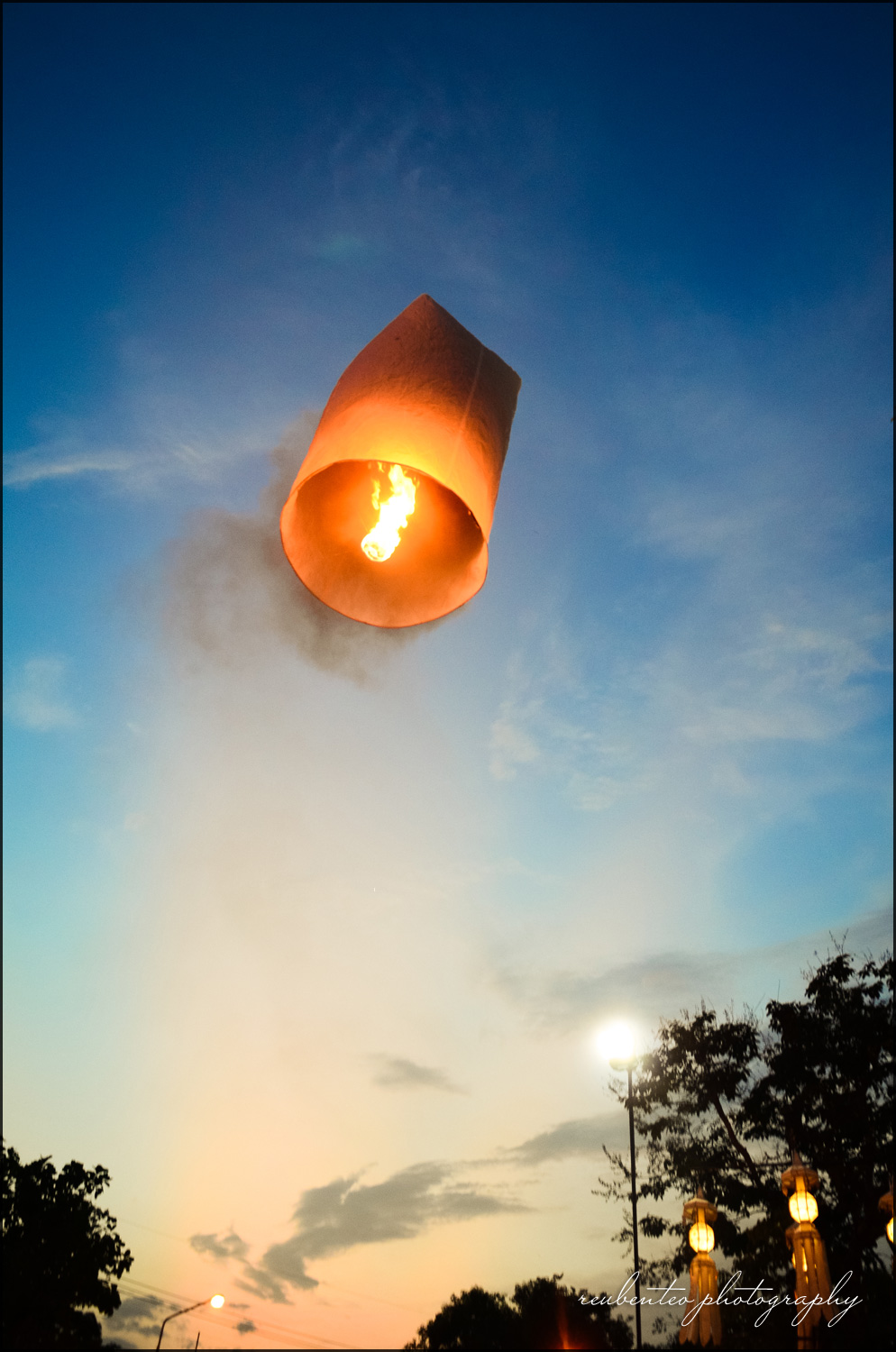 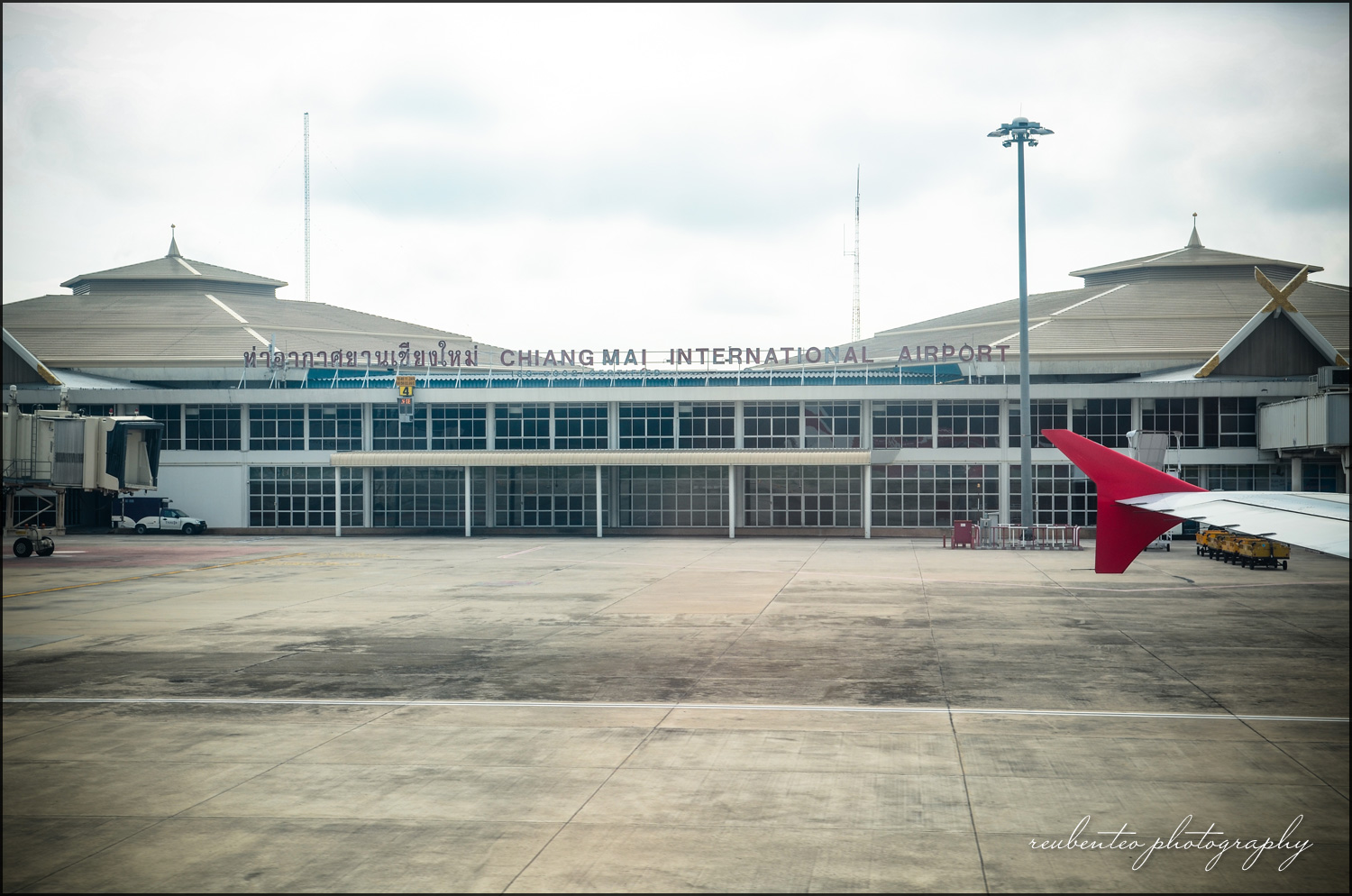 The airport looked like a traditional village house, similar to the old Kuching Airport, but inside it was well advanced and of course it was air conditioned. Our first day was quite a rush. We had lots of activities ahead of us. 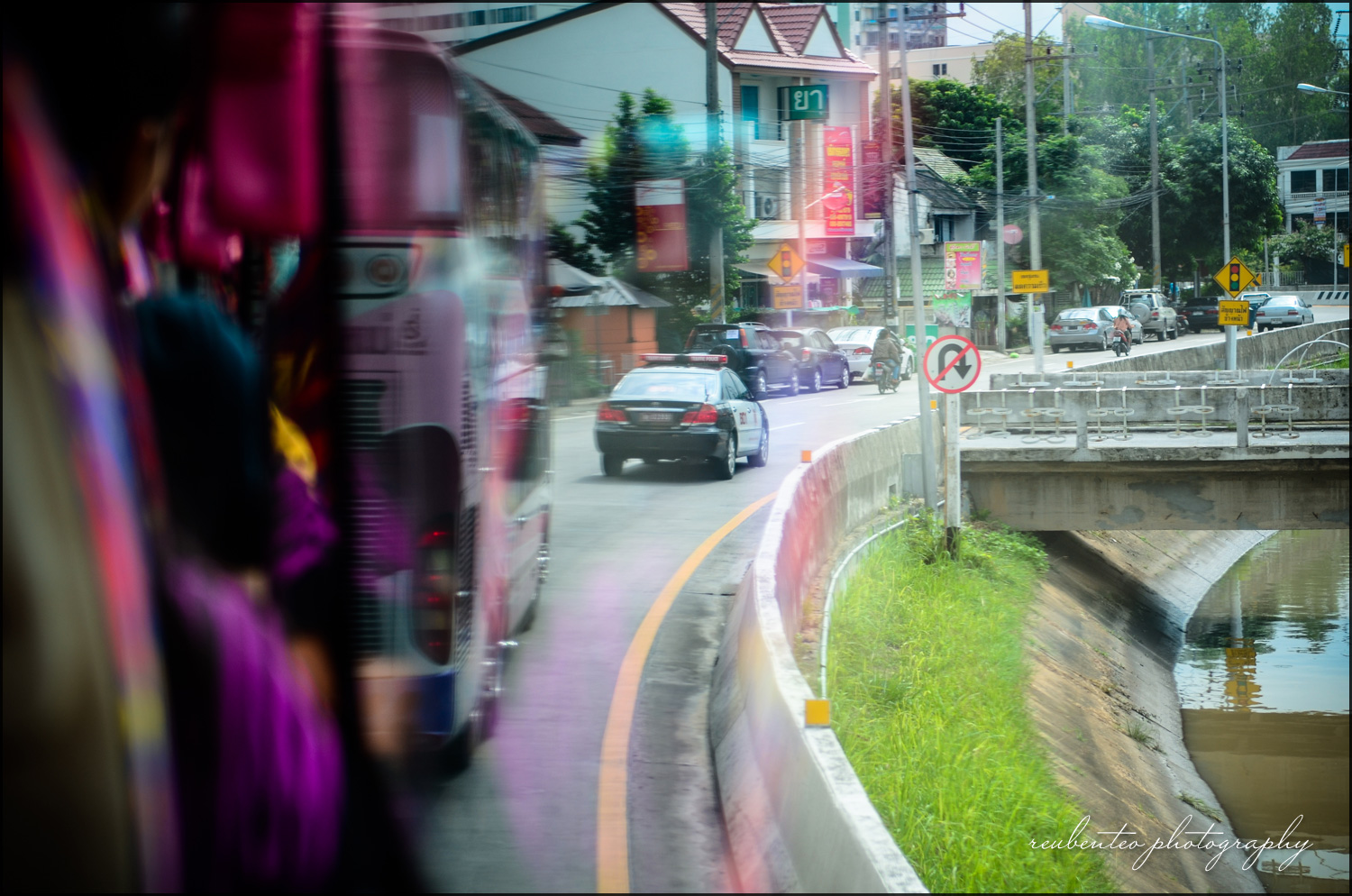 After landing and picking up our luggage, we had to get on the coach as the Police Chief of Chiang Mai escorted our buses to our first destination, the Tiger Kingdom. After lunch there, we were divided into our groups and each of us had the chance to pat the tiger. We could also have our picture taken with the handsome tigers. 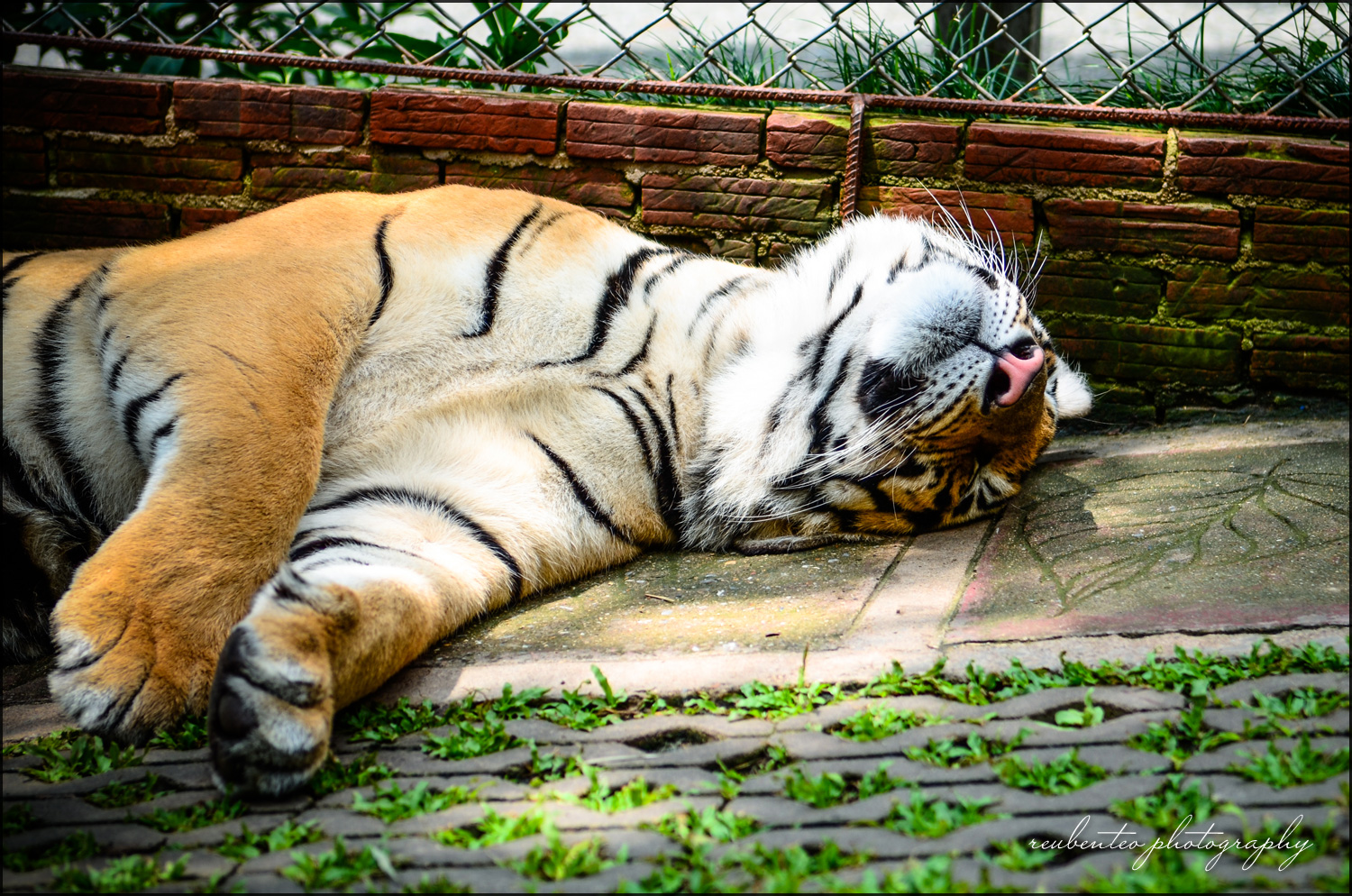 This huge pussycat was enjoying the shade 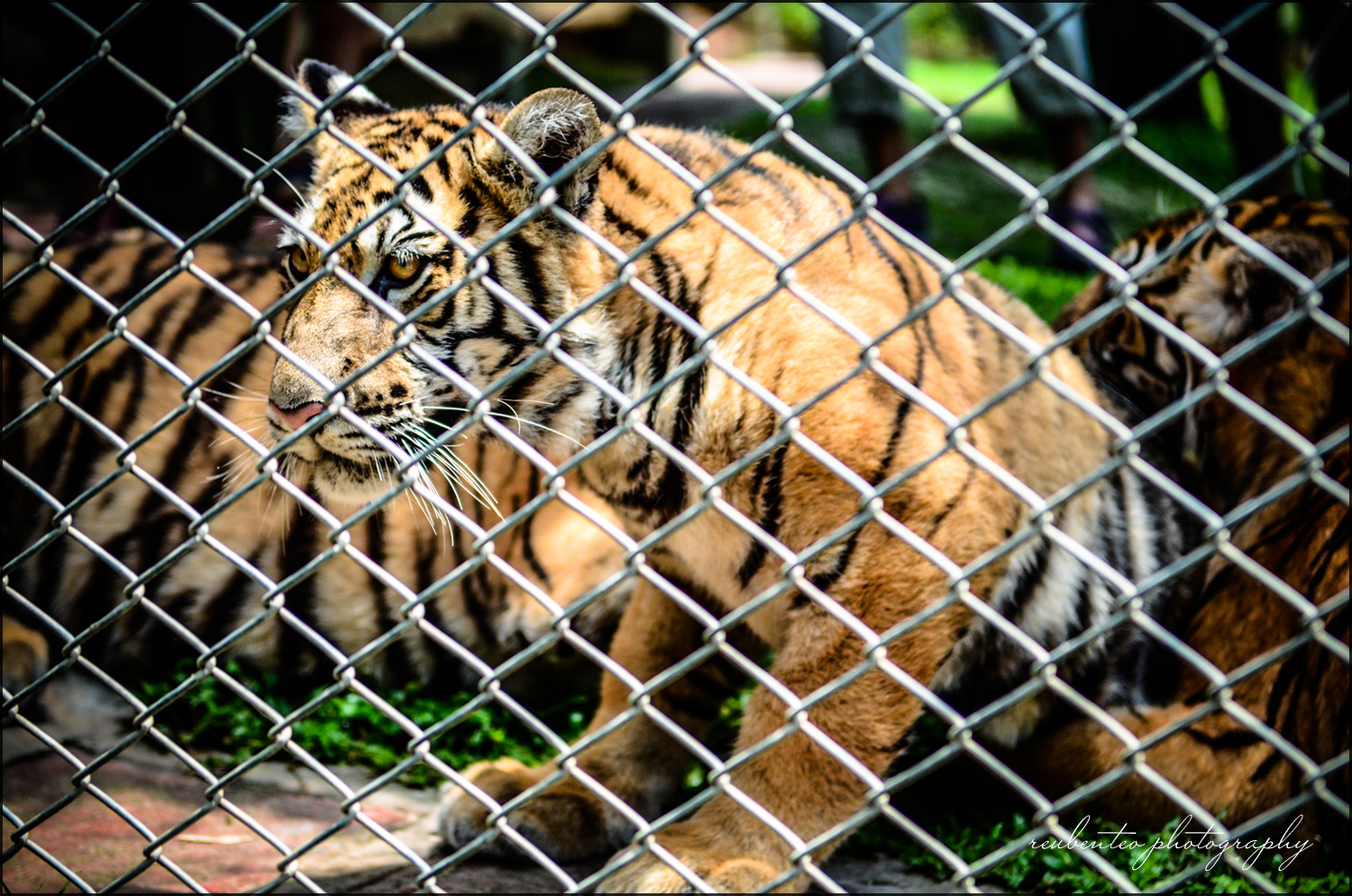 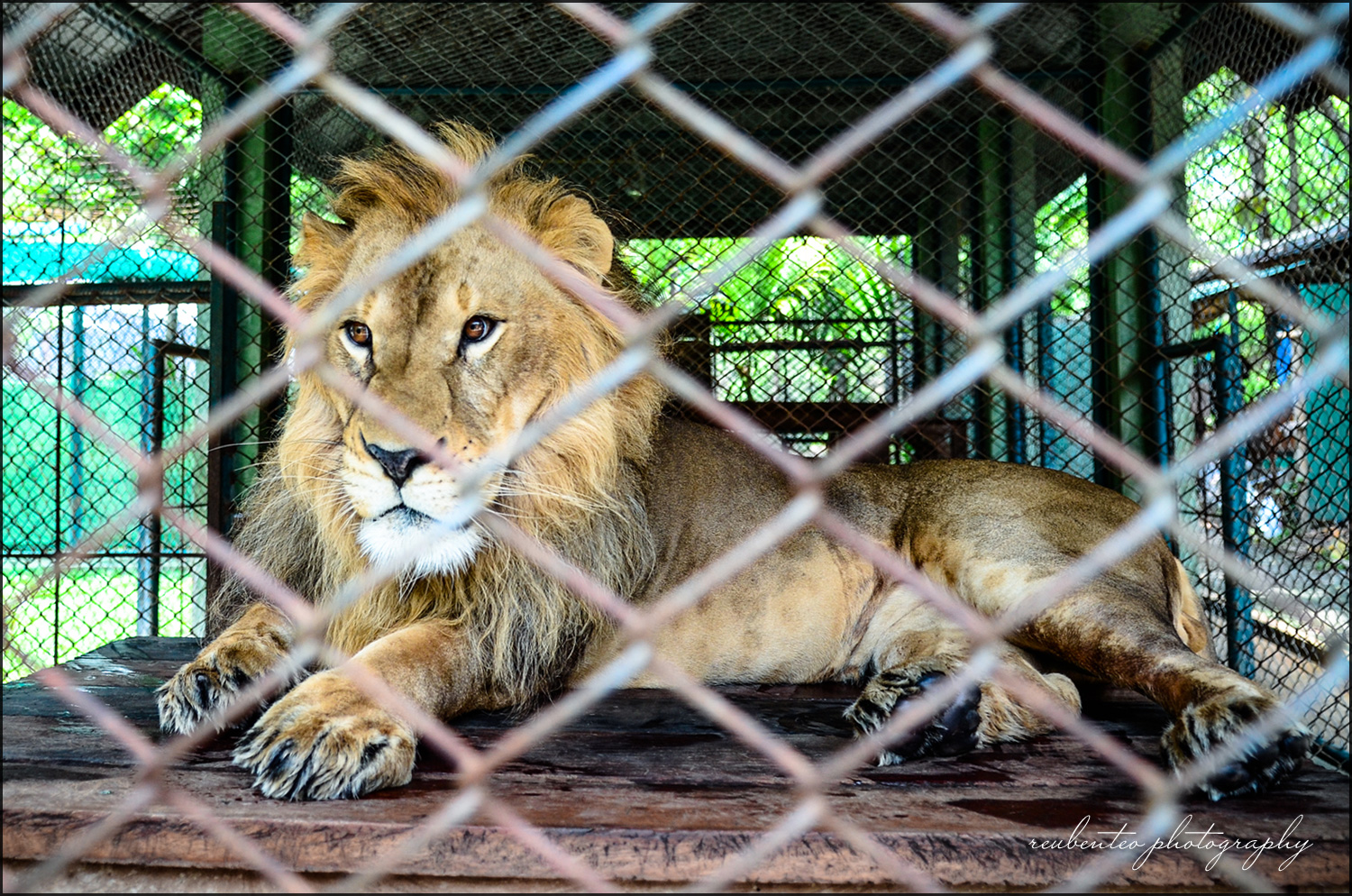 Wait… Lion in the Tiger Kingdom? No wonder he looks bored.

Our next destination was the Crocodile Farm, or how the Thai people say “Cock-Cock-Die” Farm. I wasn’t very interested with the crocodiles. I saw these things before when I was in Bangkok with my family and also crocodiles are absolutely disgusting and they looked evil. 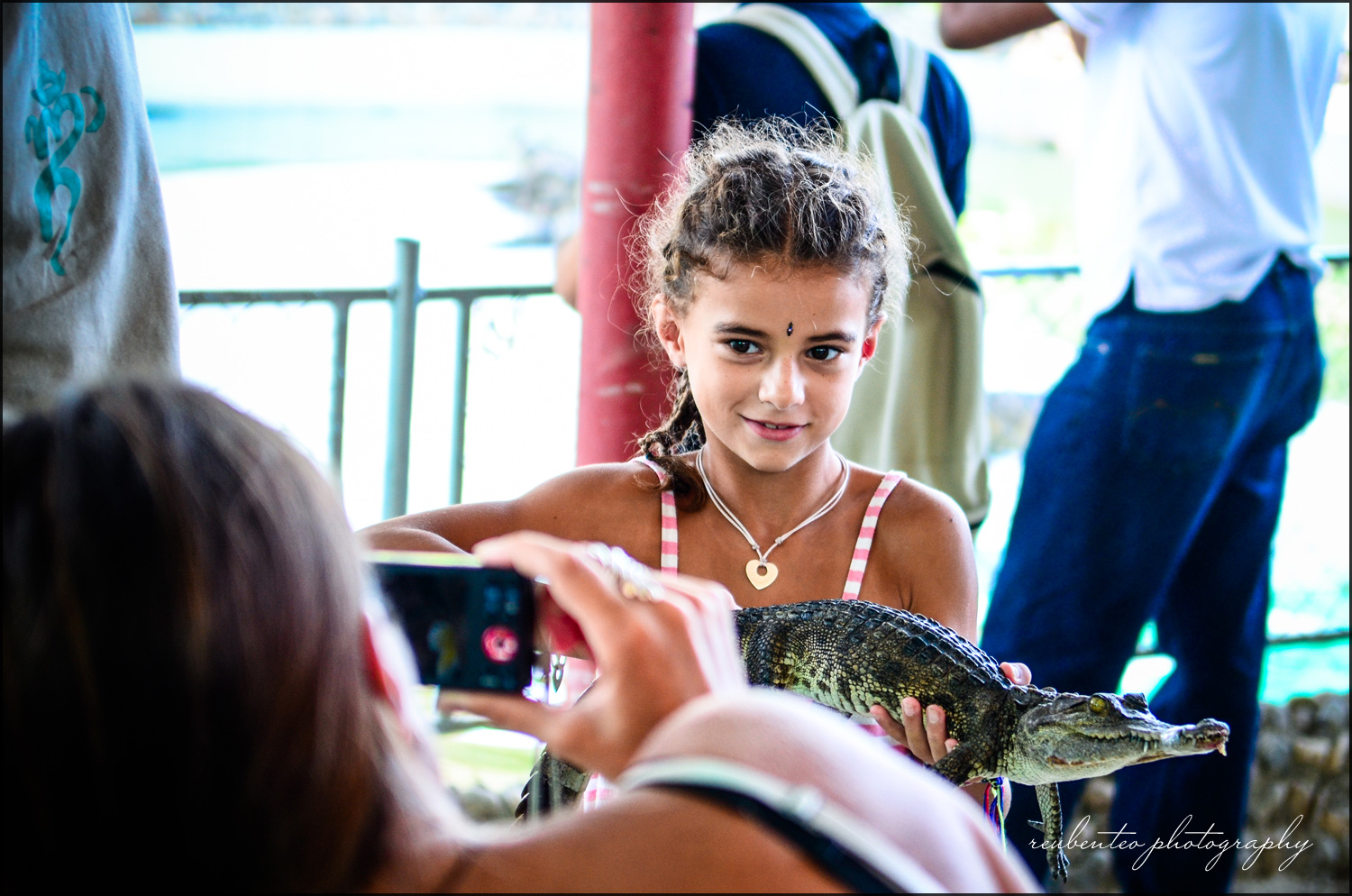 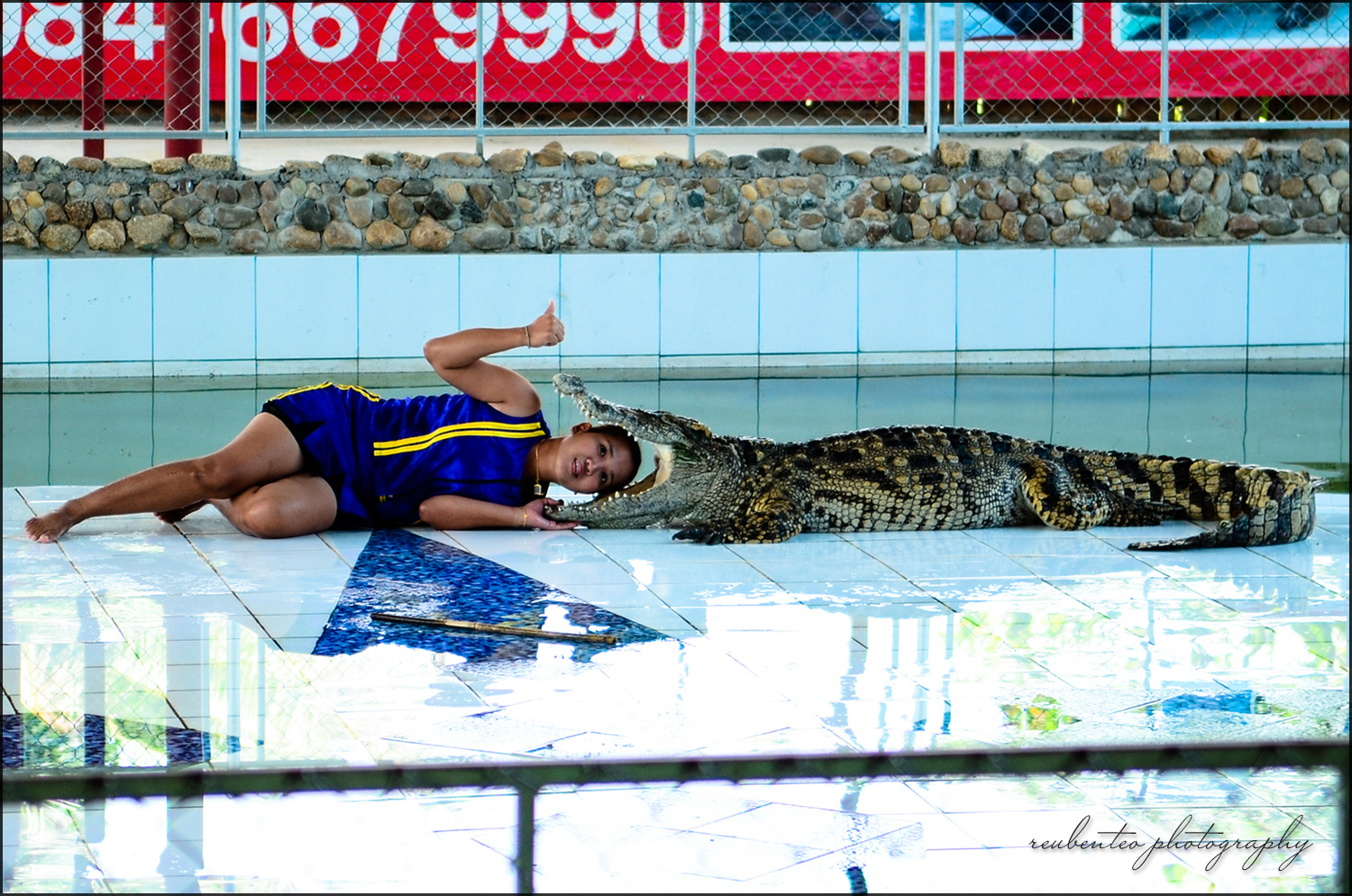 Look guys, thumbs up if my head looks good with a crocodile hat!

The show started by asking any volunteers to go interact and take pictures with the crocodiles. The show had all the cliches. Putting hands into their opening mouths and don’t forget, your heads as well. It was scary to watch and I know this sounds wrong but, Thanks to youtube, I can’t help but think that what would happen if the crocodile woke up and snapped his jaw on her head. It would be a night to remember. Of course fortunately, all things ended well. 🙂 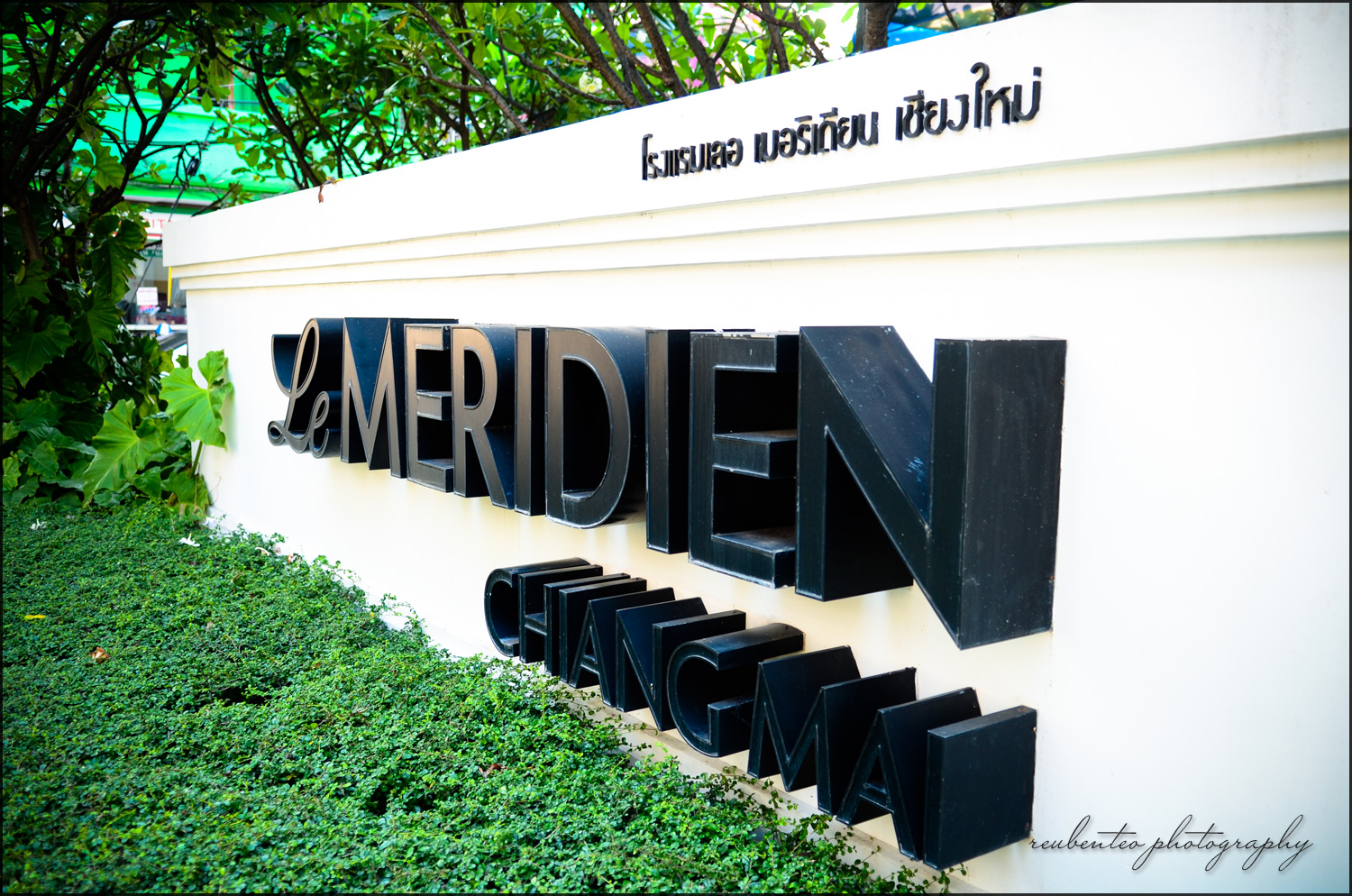 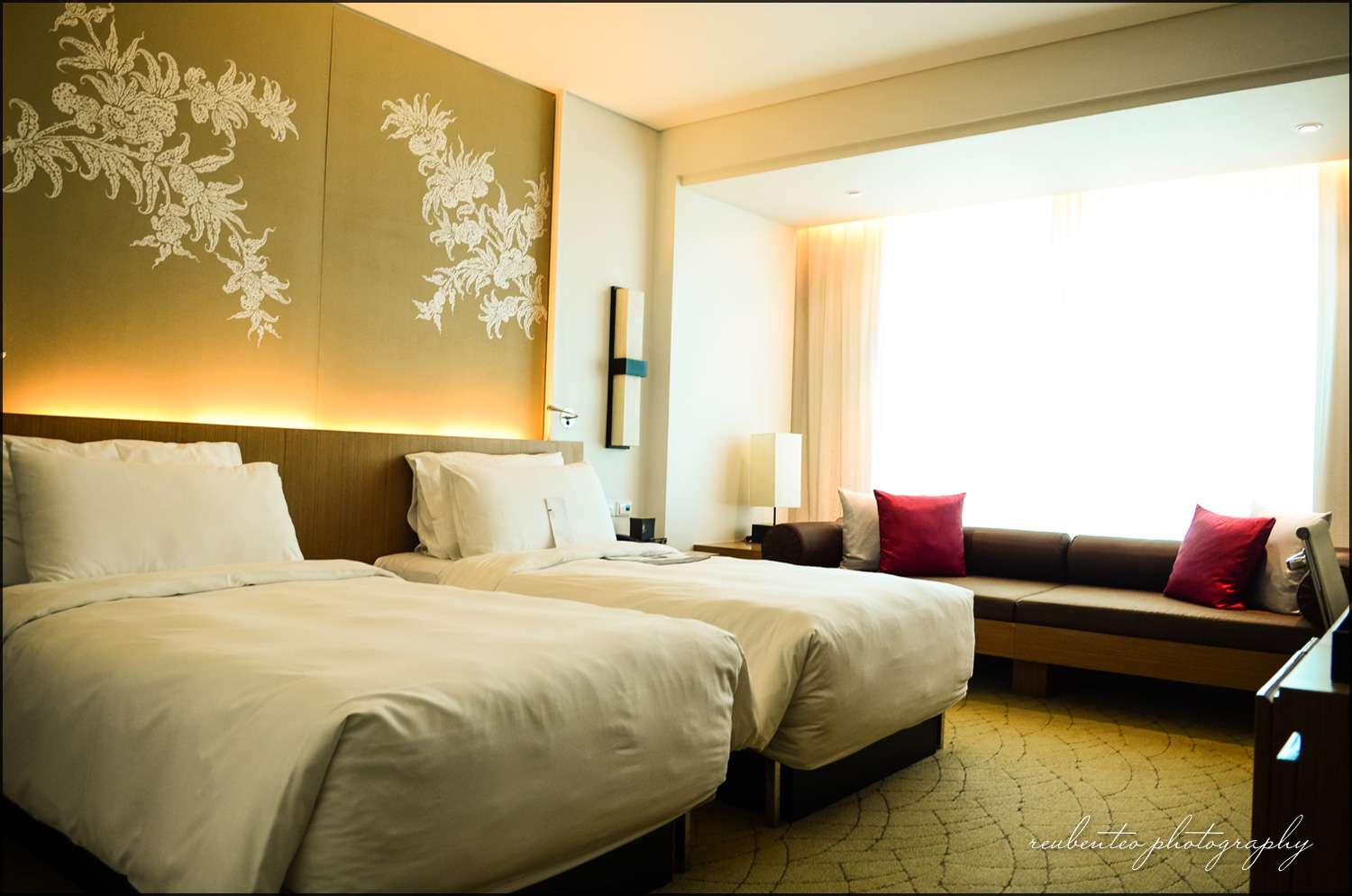 My room and my bed is on the left

After our 2nd lunch, we could finally get some rest at our hotel. It was the Le Meridien Chiang Mai. We checked in the hotel at around 3pm and our rooms looked superb. The view was nice and the beds were absolutely the most comfortable I’ve ever slept in. Everything looked perfect. After a short bath, we went to get ourselves a full body massage at the nearby shop. It wasn’t good and it was quite expensive in comparison with the ones in Bangkok. 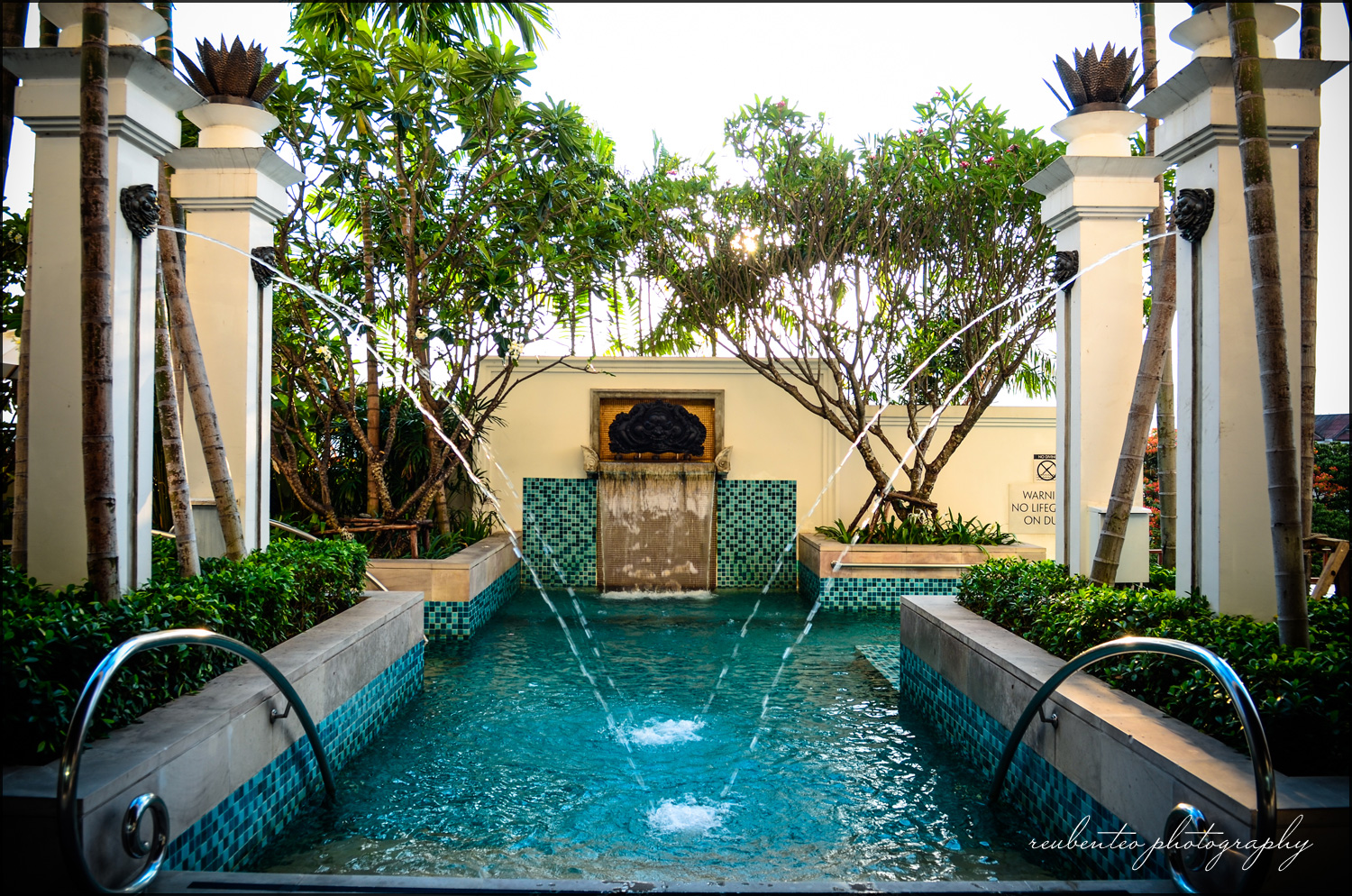 The centre of the swimming pool 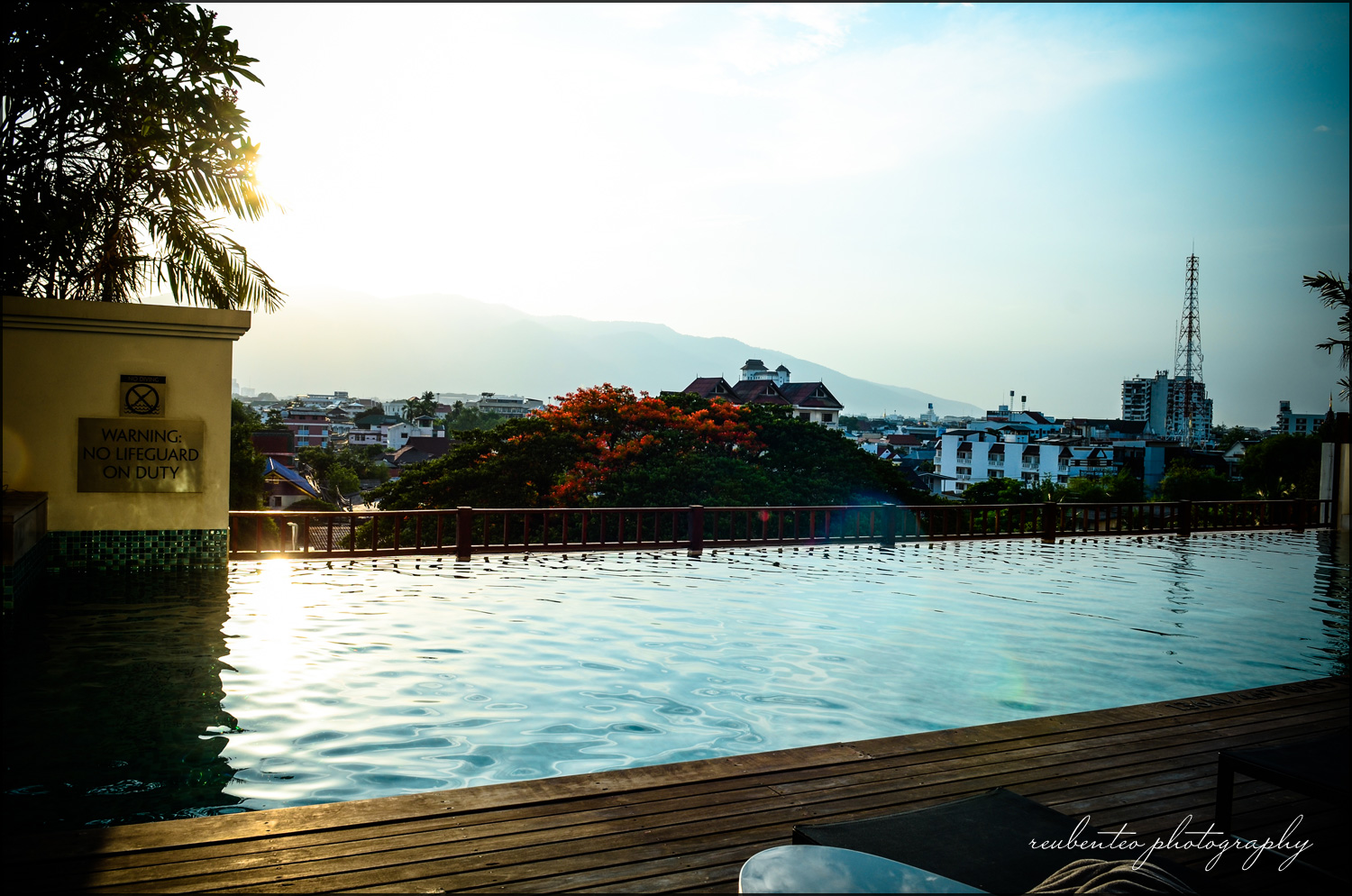 Later we went up to have a look at the hotel’s pool. It looked astounding and the view was fabulous. Too bad because there wasn’t enough time, I didn’t bring my trunks, I can’t swim and many lame excuses, I didn’t get to jump into the pool. 😛 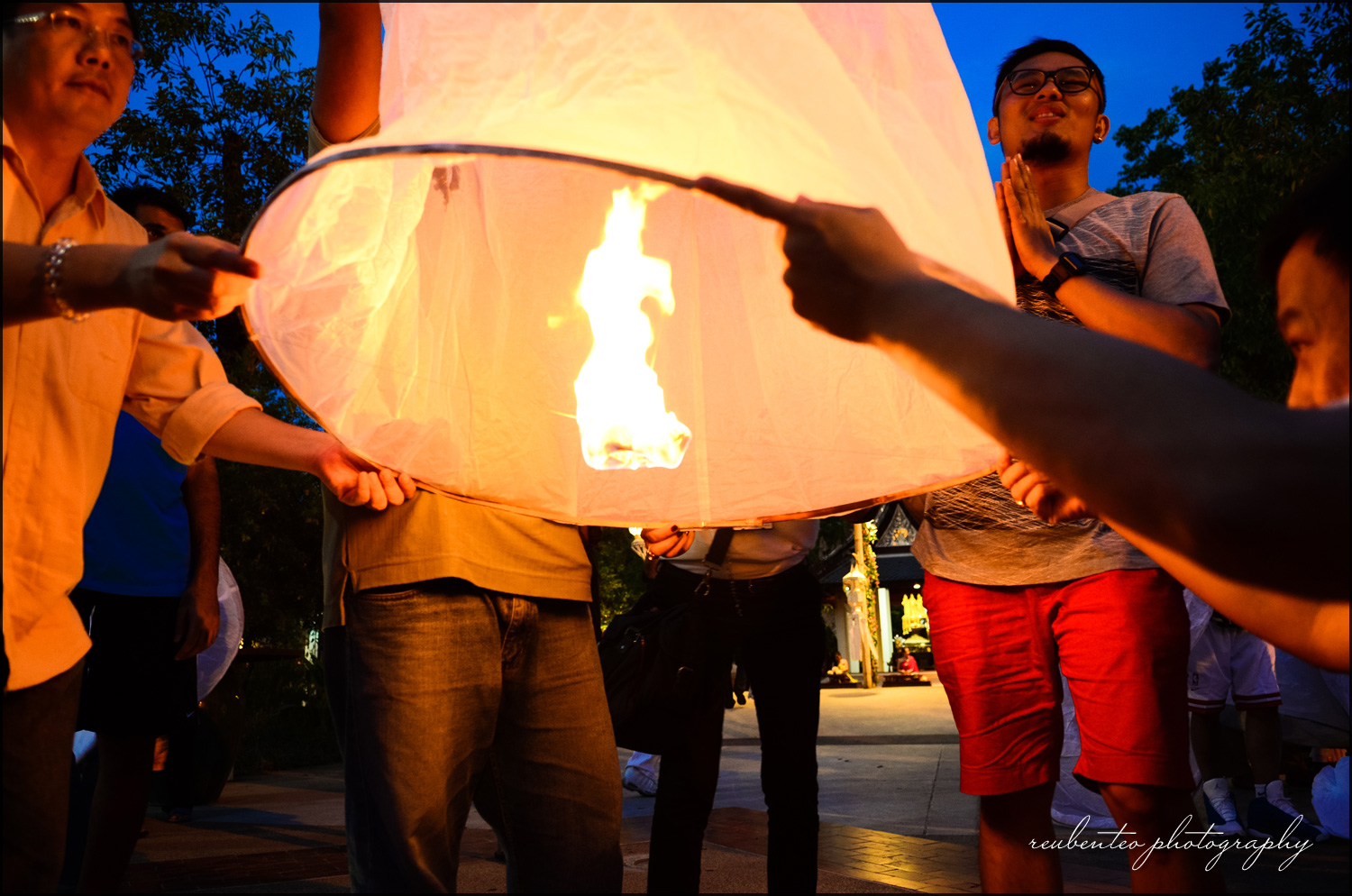 Our team and our first lantern

In the evening, we again loaded ourselves to the buses and was heading for a surprise as mentioned by the committee of the Company Trip Board. We stopped at a beautiful restaurant that had a platform and we were told to each light up a Sky Lantern (in Chinese we call it the Kong Ming Deng). The Lanna Thais has a festival called the Loi Krathong where they’d light up these sky lanterns. They believe the lanterns are symbolic of problems and worries floating away. We weren’t at the time of the Loi Krathong, so we had to ‘krathong’ our lanterns ourselves. 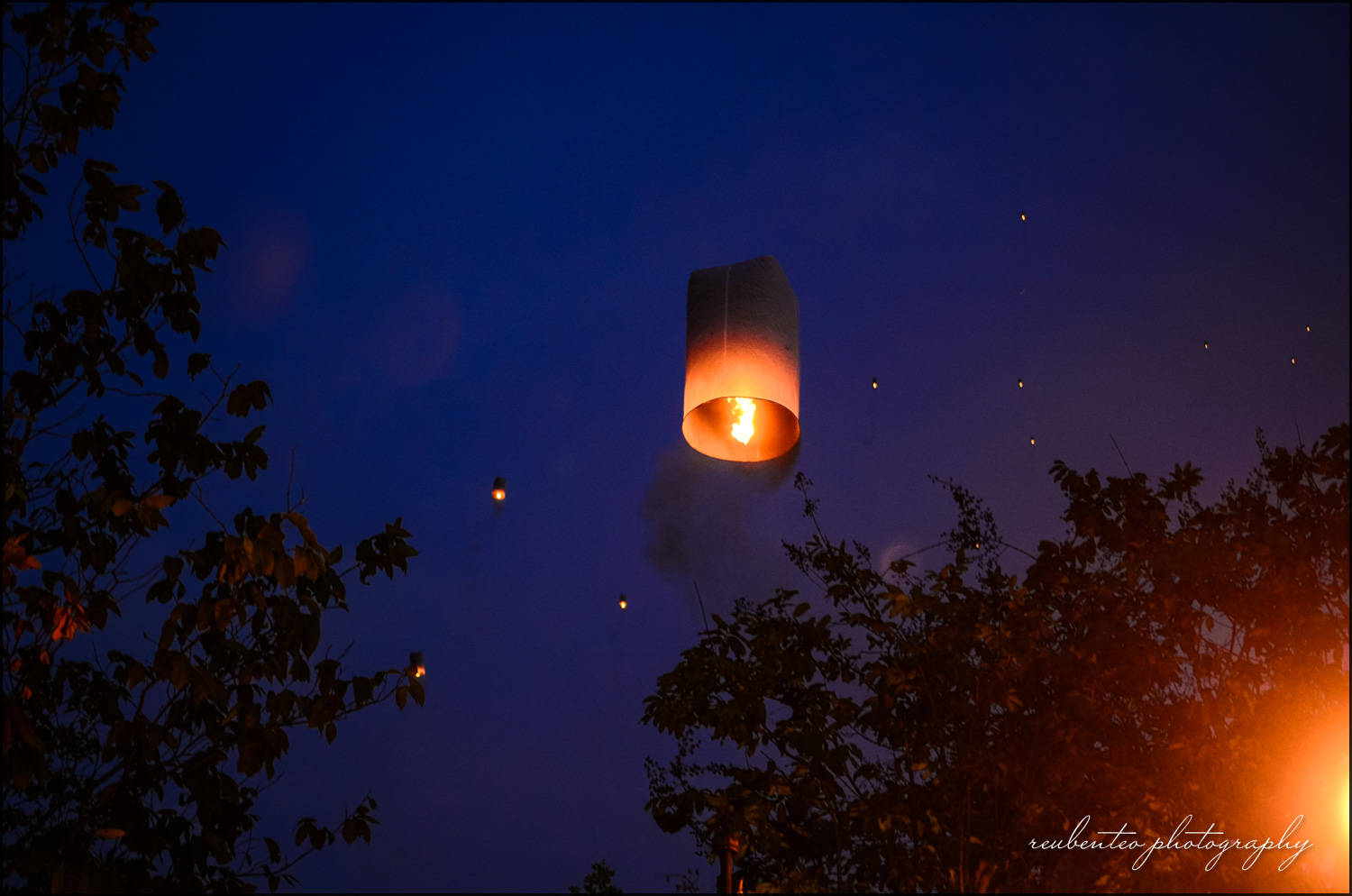 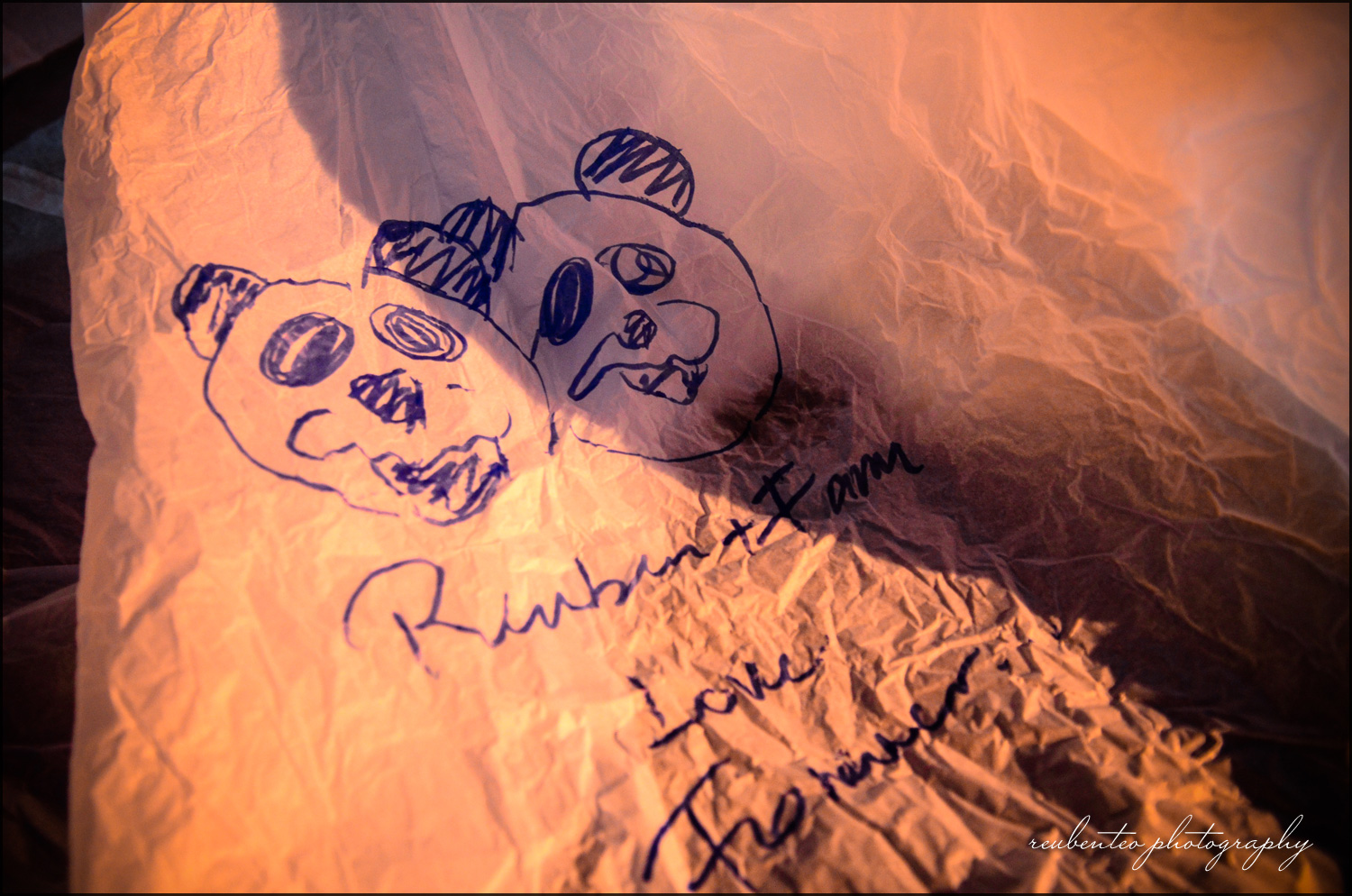 I drew and wrote a message for Fann and I and prepared to launch the lantern up into the air. It was simply amazing. Although it’s a Chinese custom to fly these lanterns, I’ve never done it before myself. 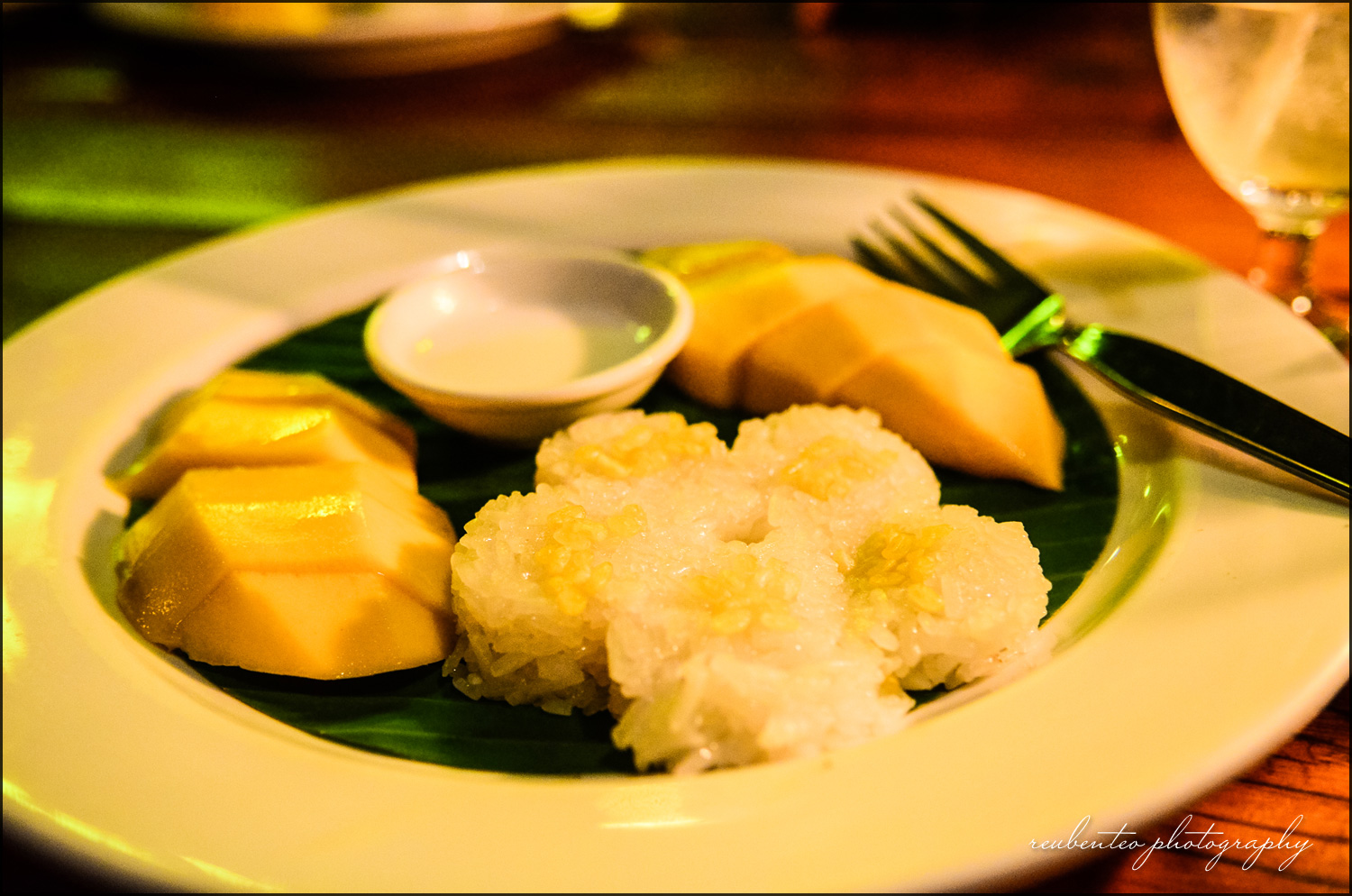 After flying lanterns, we headed for dinner. It was too dark for any photography so I only managed to capture my favourite Thai dessert: Mango Sticky Rice. 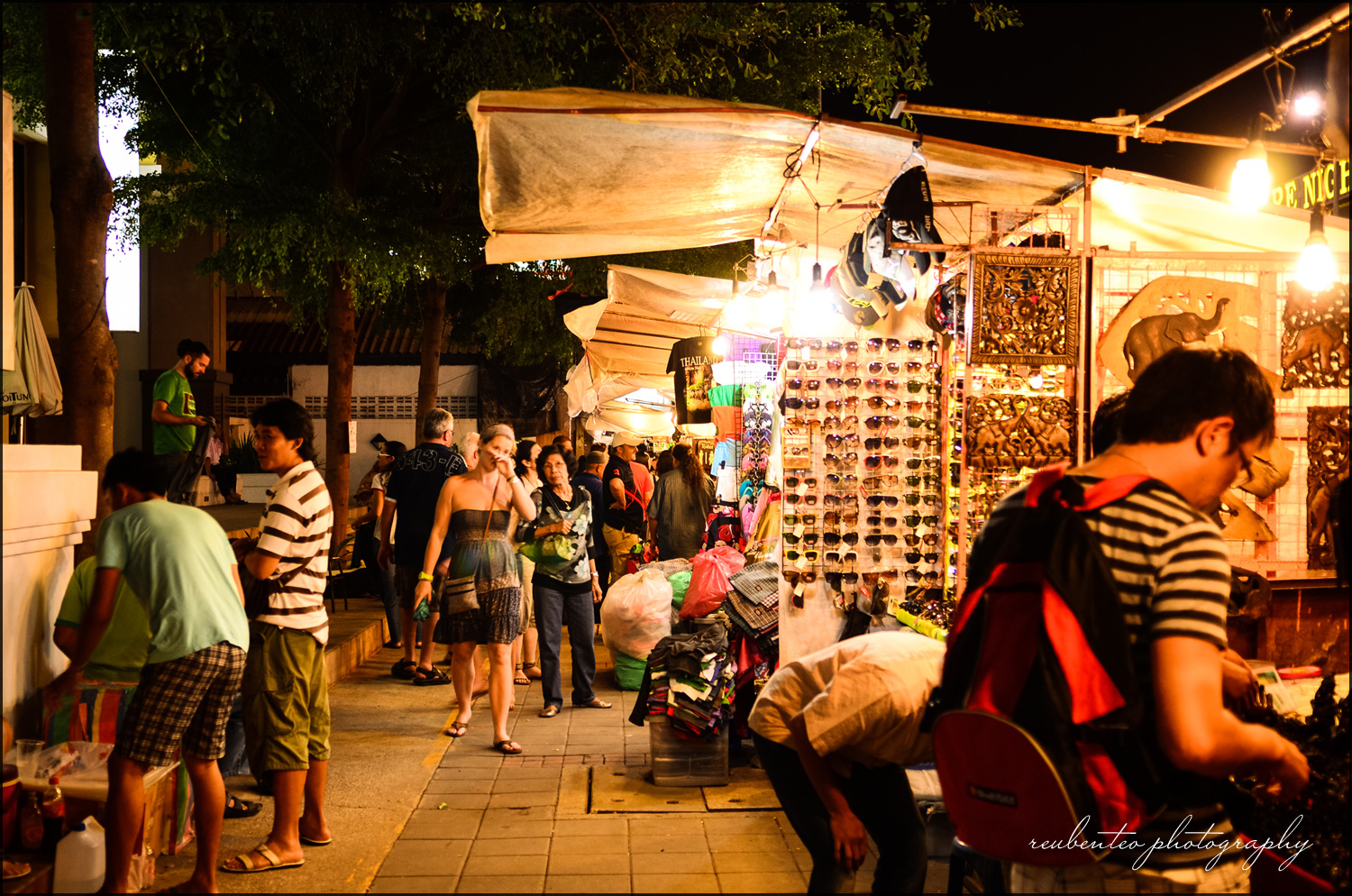 The market outside our hotel

After that we went back to the hotel by bus, while another group headed on to one of the bars or nightclubs. We went out to the night market nearby for a walk and saw lots of stuff there. Souveniors land as I would call it. It looks like Bangkok’s Chatuchak Market (read about it here), only this one were stalls by the road sides. 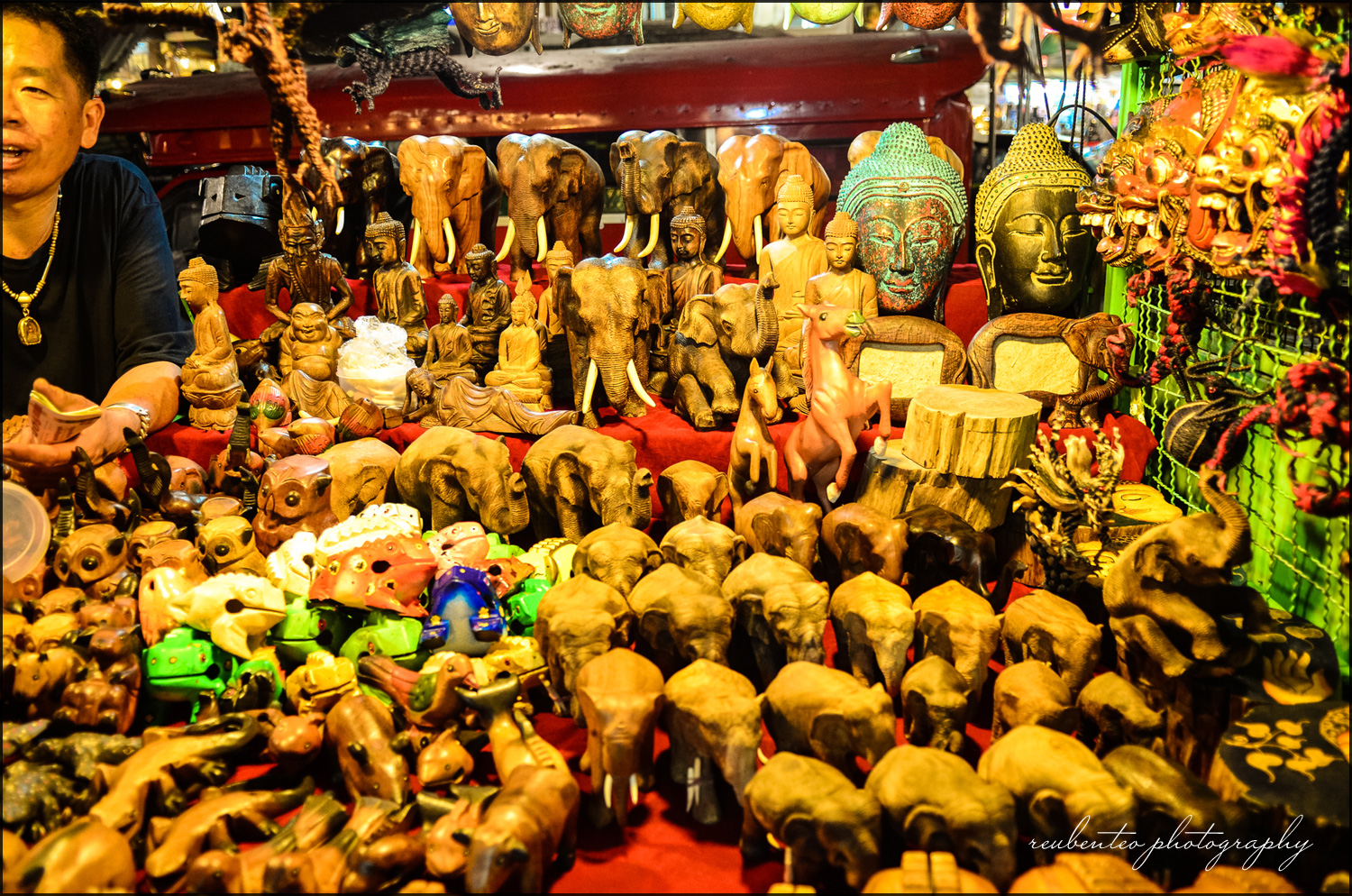 Elephant statues can be seen everywhere in Chiang Mai 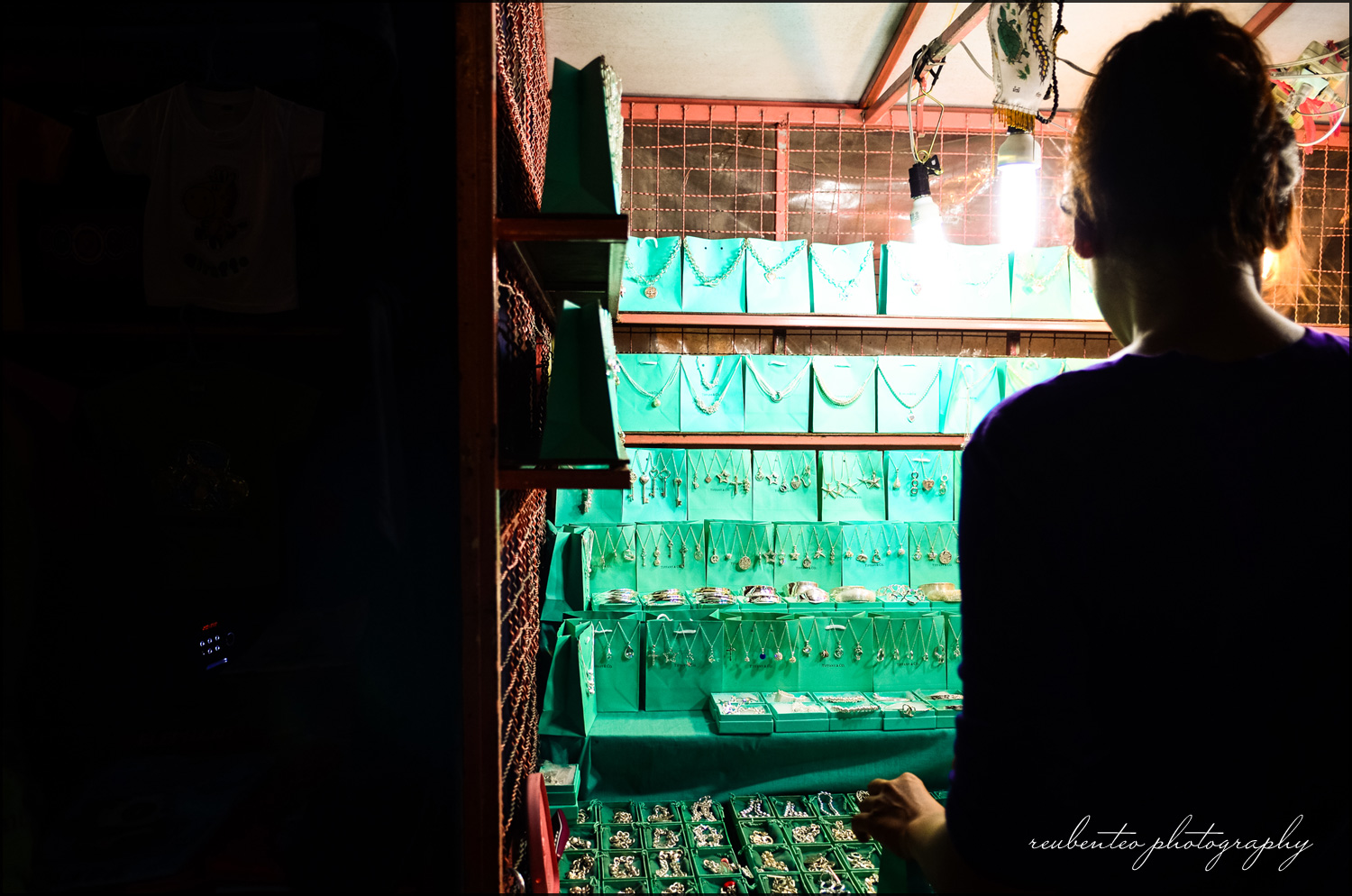 Yes, those are Tiffany & Co’s, by the road side

The things there were quite cheap. At the non peak season like this, we were able to bargain with the shop owners. If you have the skills, don’t be afraid to ask for at least a 30% discount. If you aren’t fluent with Thai, don’t worry as they will use the calculator as a tool and you can key in the price that you want. For Bangkok tips, please read Shopping Day.

Tip: Don’t bargain too much and NOT buy anything from the shop. It’s rude and please bargain if you really want to buy something