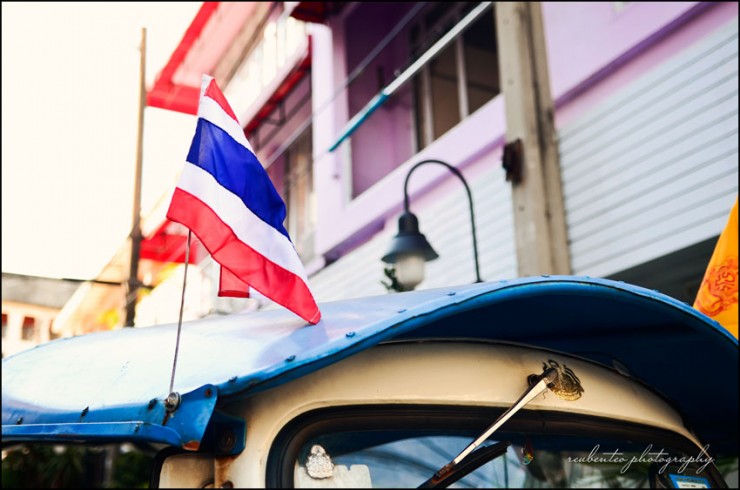 Bangkok, or Krung Thep, meaning the City of Angels has a population of over 9 million. This was my 3rd trip there. However, all I can say is that this time was the best trip and most well worth trip ever to this city. Bangkok gave me different memories each time I was here. The 1st time, it was an old fashioned tour with uncles and aunties. The 2nd time, was a 13 hours transit to Japan. Now, the 3rd time was the most unforgetable experience. 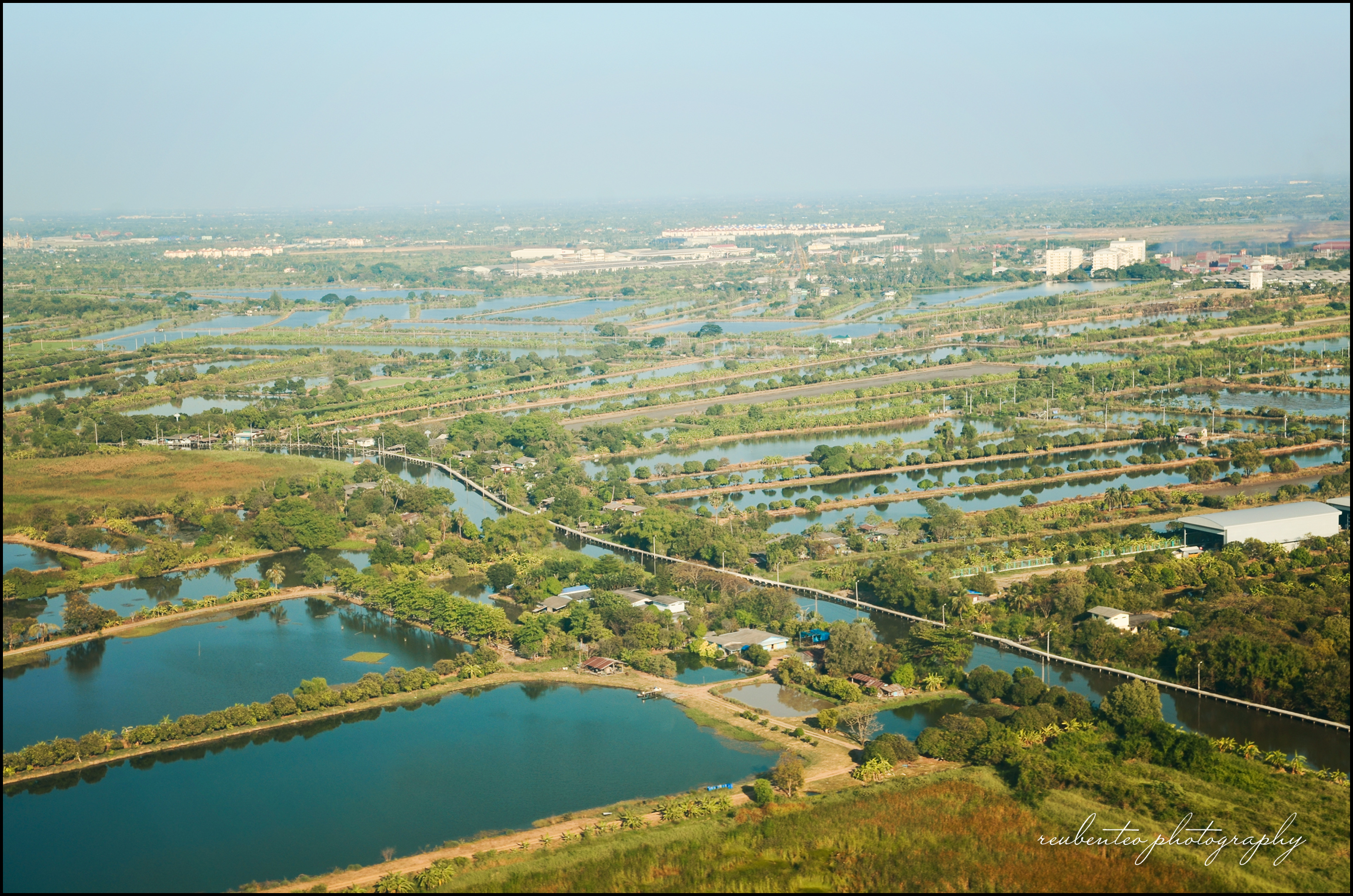 As we all know, Thailand was hit by floods back in July 2011. Also, due to the effect of La Niña, in September, Bangkok too was starting to flood and was threatened seriously by mid-October. We began to worry that our trip would be affected. Fortunately, the water resided by the end of November and most of Bangkok’s flood was almost gone. Our loved ones warned us not to go, with rumours stating germs and parasites were attacking Bangkok, but still we had to go. It was an important trip for us because without it, I would go insane without rest from work. 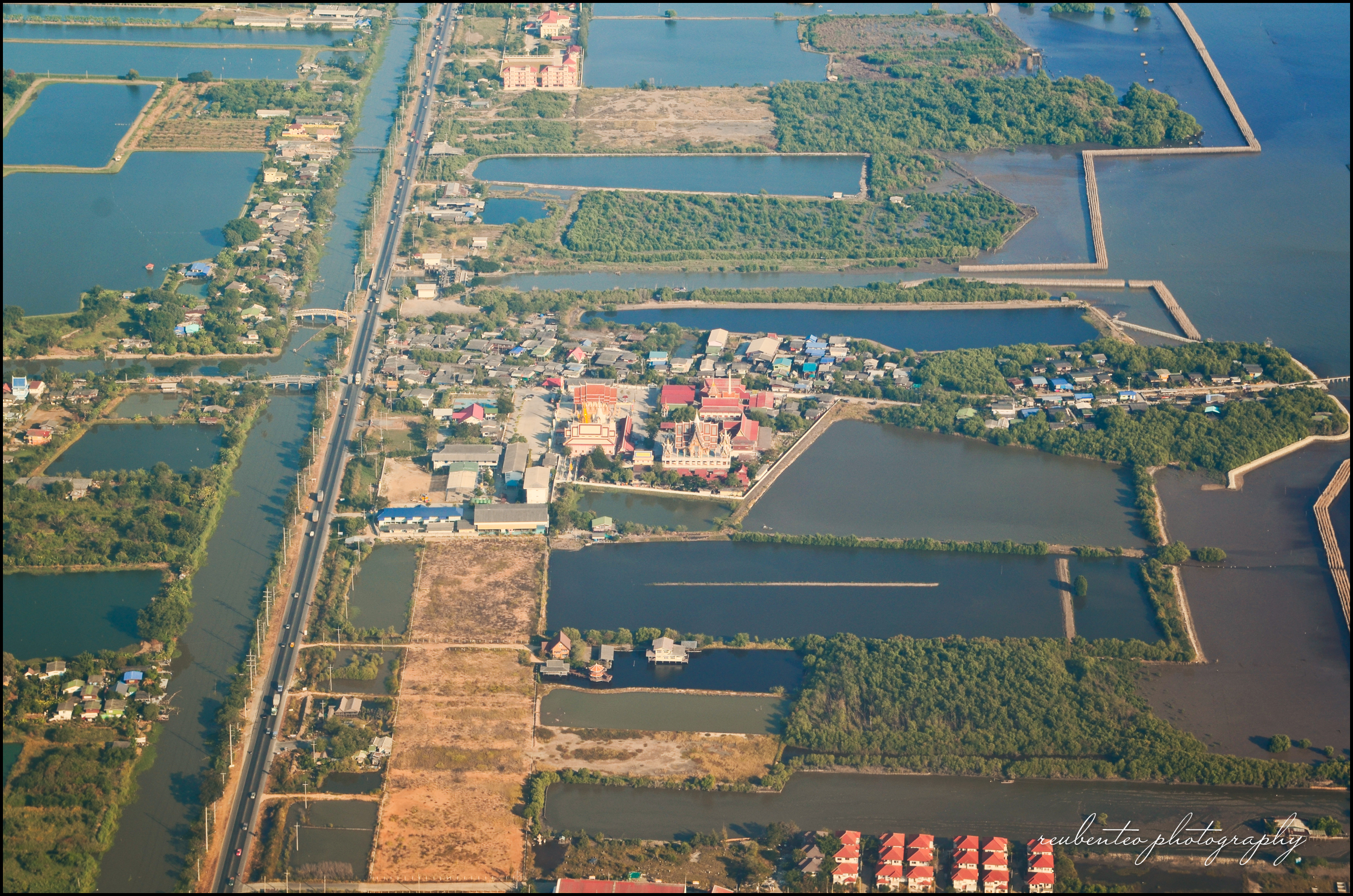 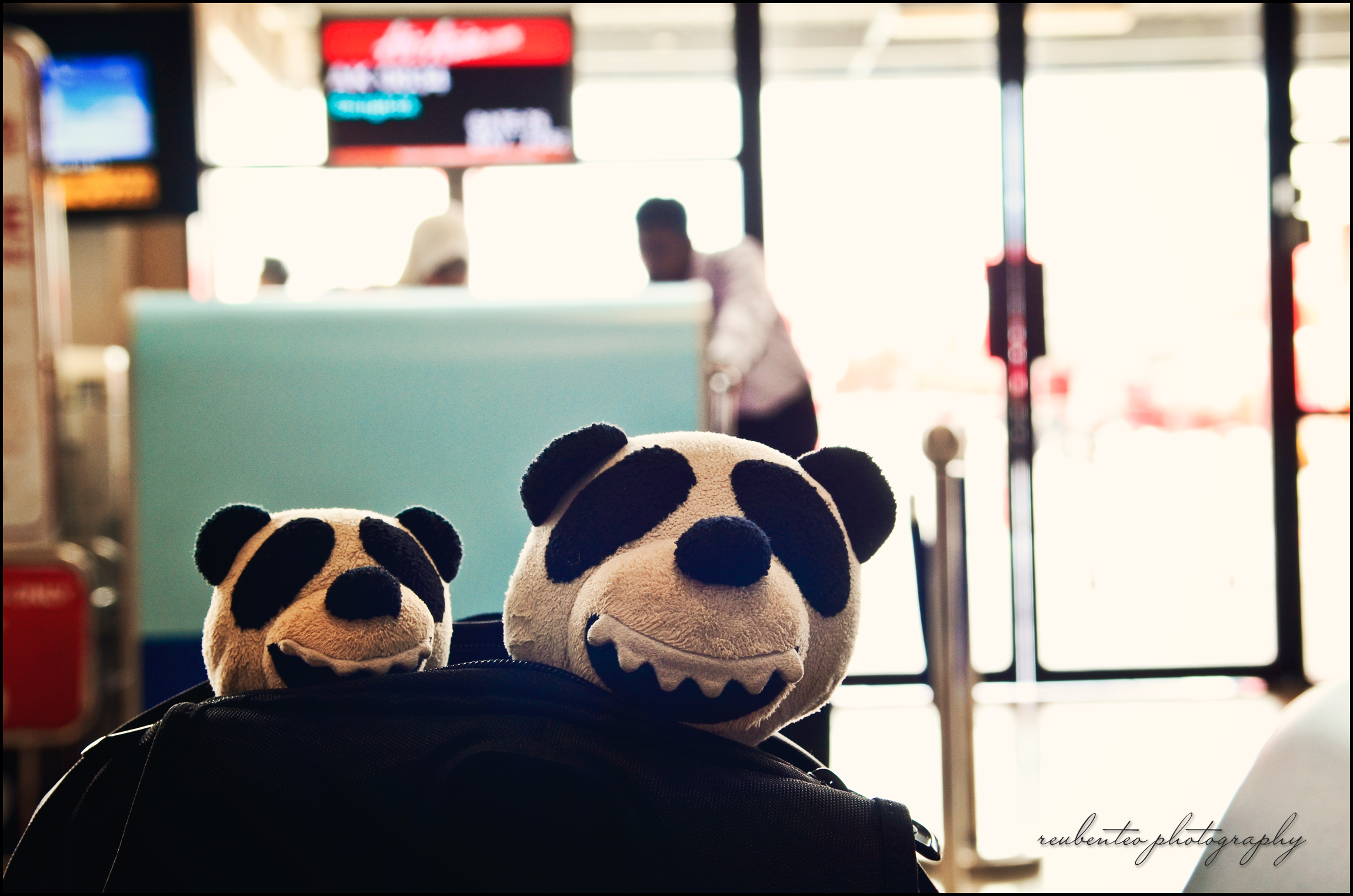 Fann & I planned out our trip very well, including what to do, where to go and what to eat, because we didn’t want to waste our short 4 nights there. We had our itinerary printed out, maps prepared, travel book packed and ready to go. Unfortunately, the curse of Air Asia’s delay caused many of our schedules to be postponed or even canceled. Well, Thanks Air Asia, Now Everyone Can Fly….LATE! 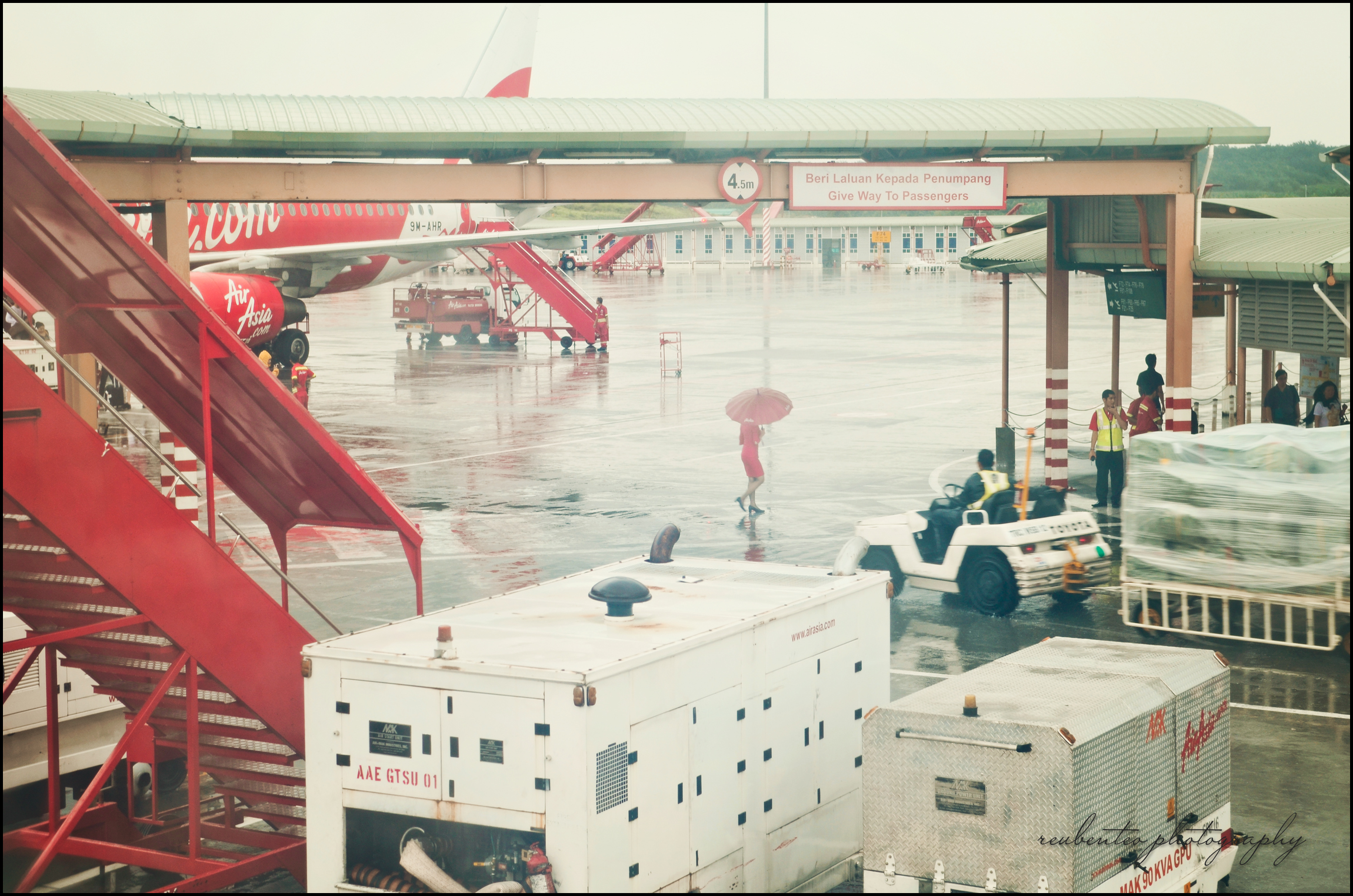 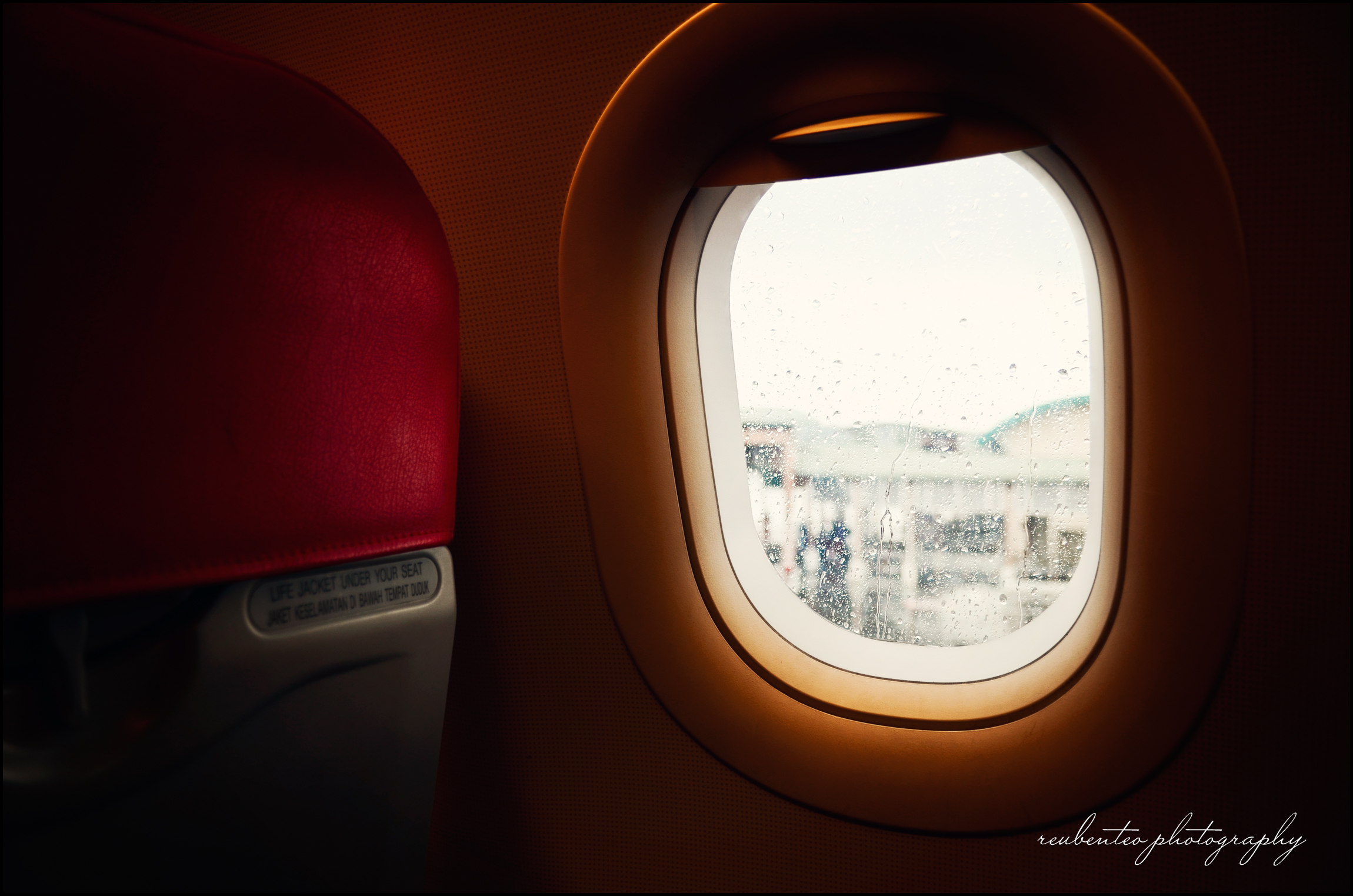 The bad thing about Air Asia is that, when you’re at the boarding gate on time, the plane is most probably not there. In this delay case, we had to wait an additional hour due to some unknown reason. I had to inform my Bangkok hotel about my delay, as I had someone in Bangkok waiting for me to fetch me from the airport to my hotel. 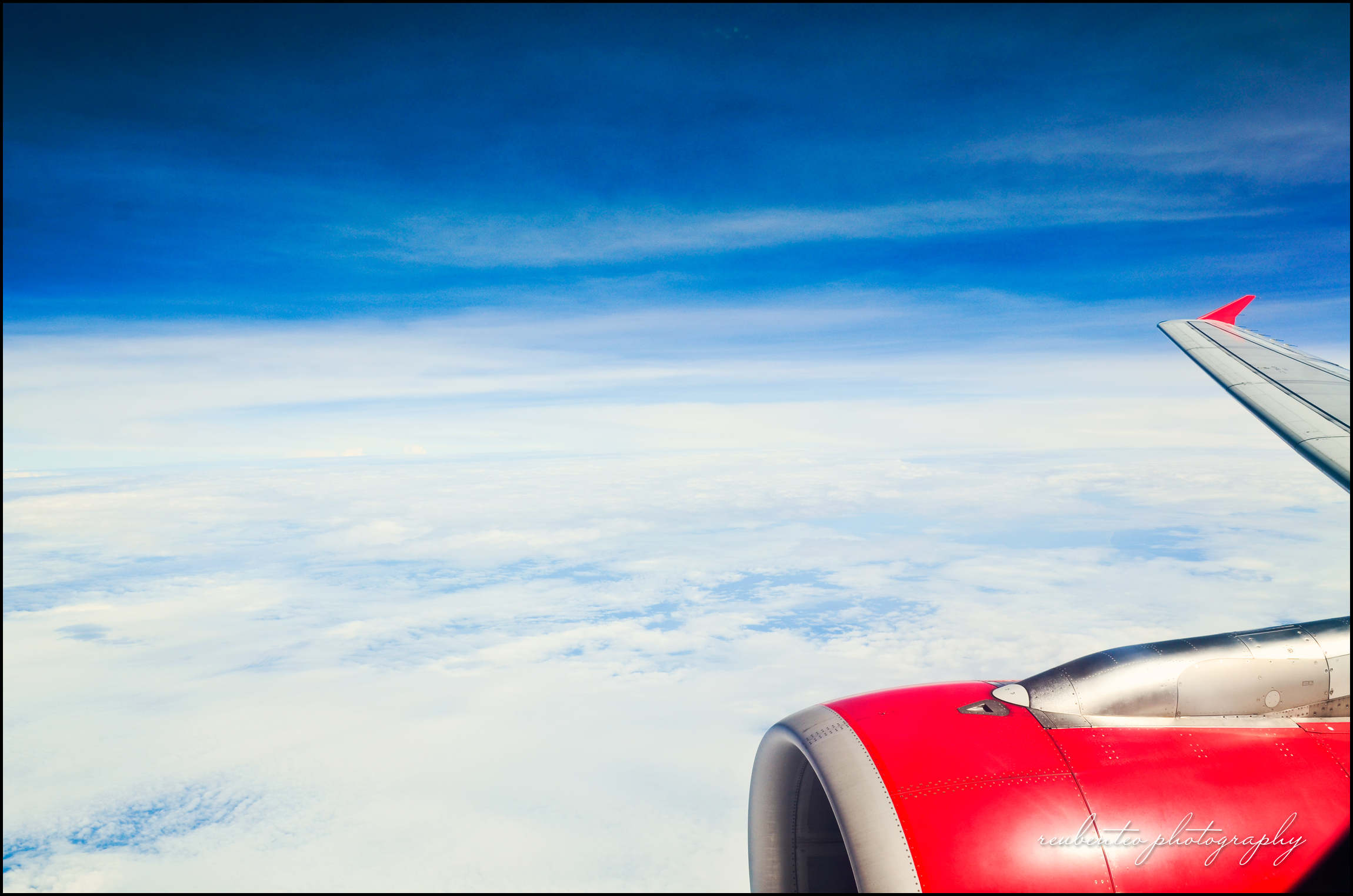 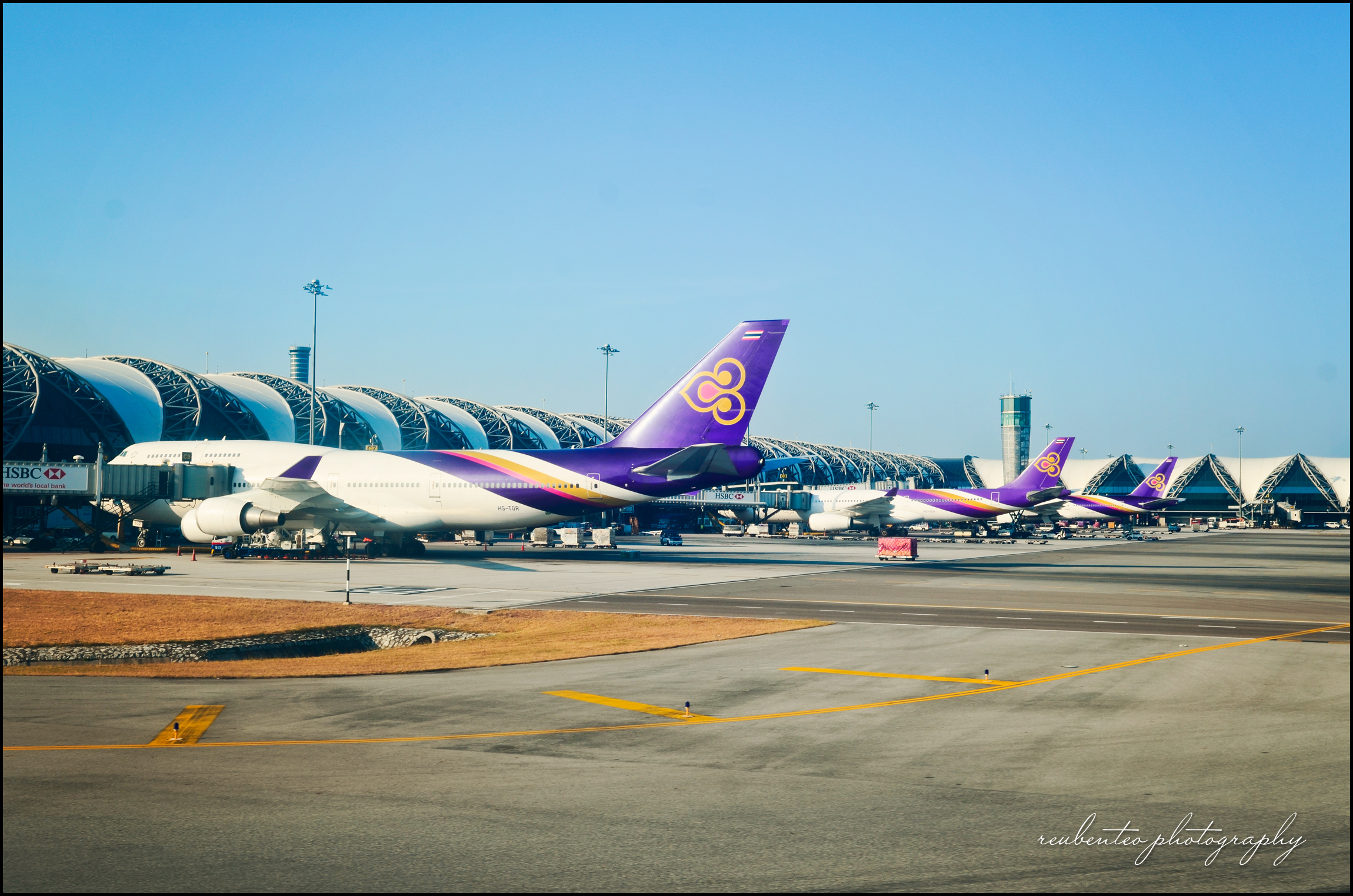 We reached Bangkok at around 4pm (Malaysian time 5pm). We grabbed our luggage and ran over to the gate where the chauffeur was waiting for us. To my amazement, he said I was rather early. He took us in his car and we went directly to the hotel, he came with his baby as well, I thought it was very cool that he had a car seat that converts into a stroller for his kid. On the way there, the road was pretty jam at some parts, I was so tired from the delay and was sitting in the car admiring the colourful taxis of Bangkok. 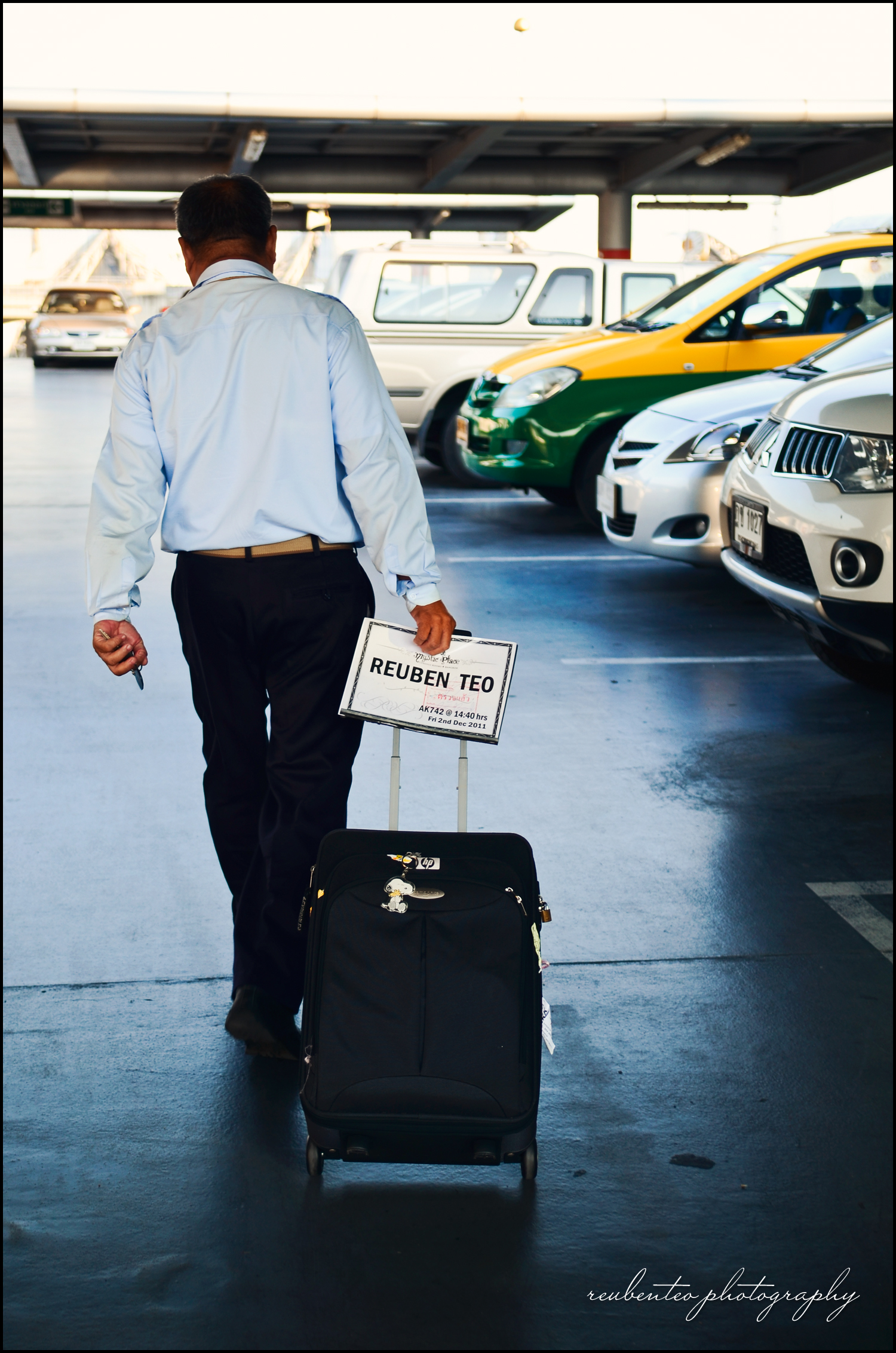 The chauffeur with my name and my luggage. 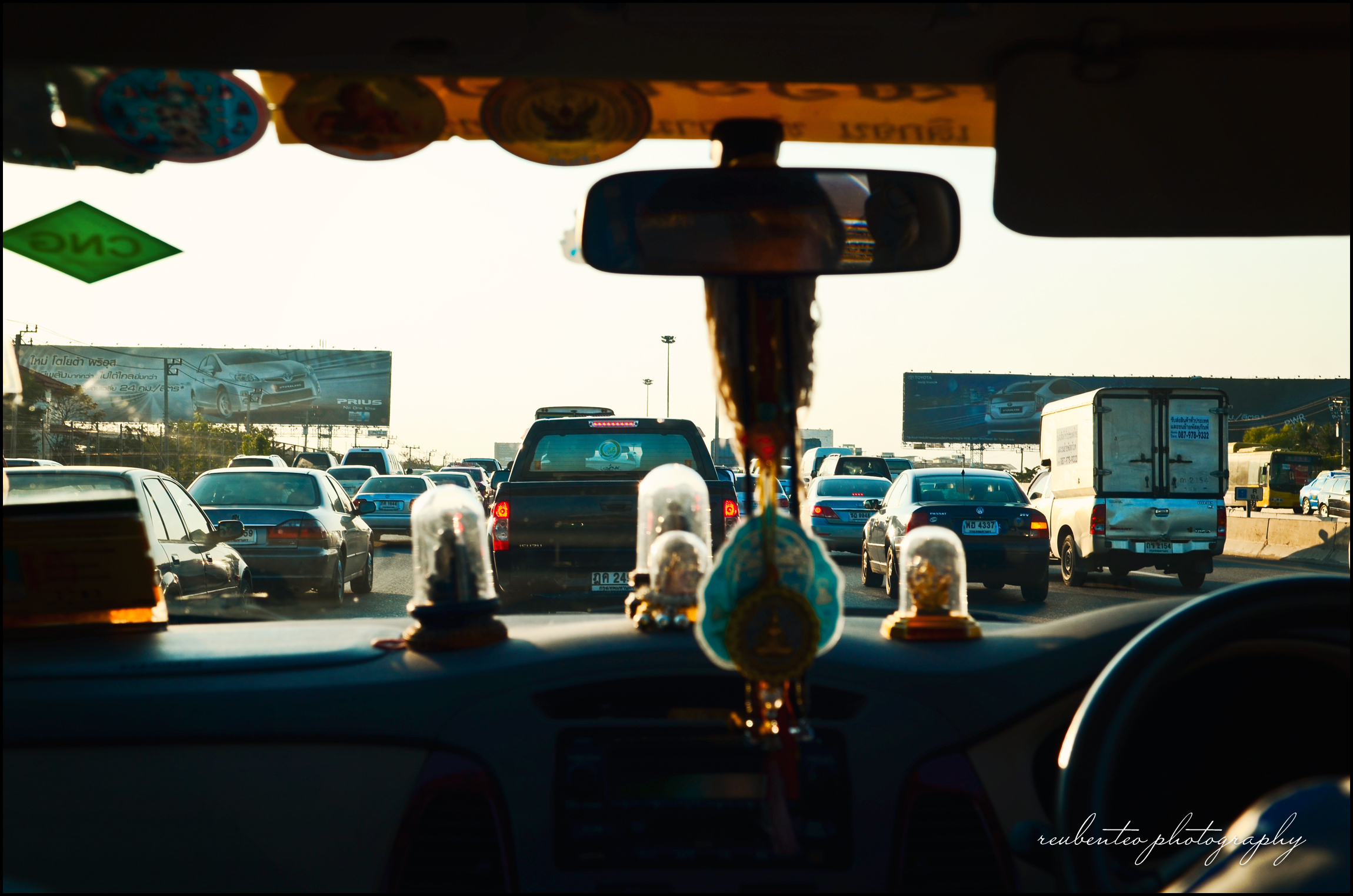 Tip #1 : Bangkok is famous for it’s traffic jams. Try to avoid travelling to Bangkok (City Center or from Airport) on Fridays during after work hours, especially after 4pm. 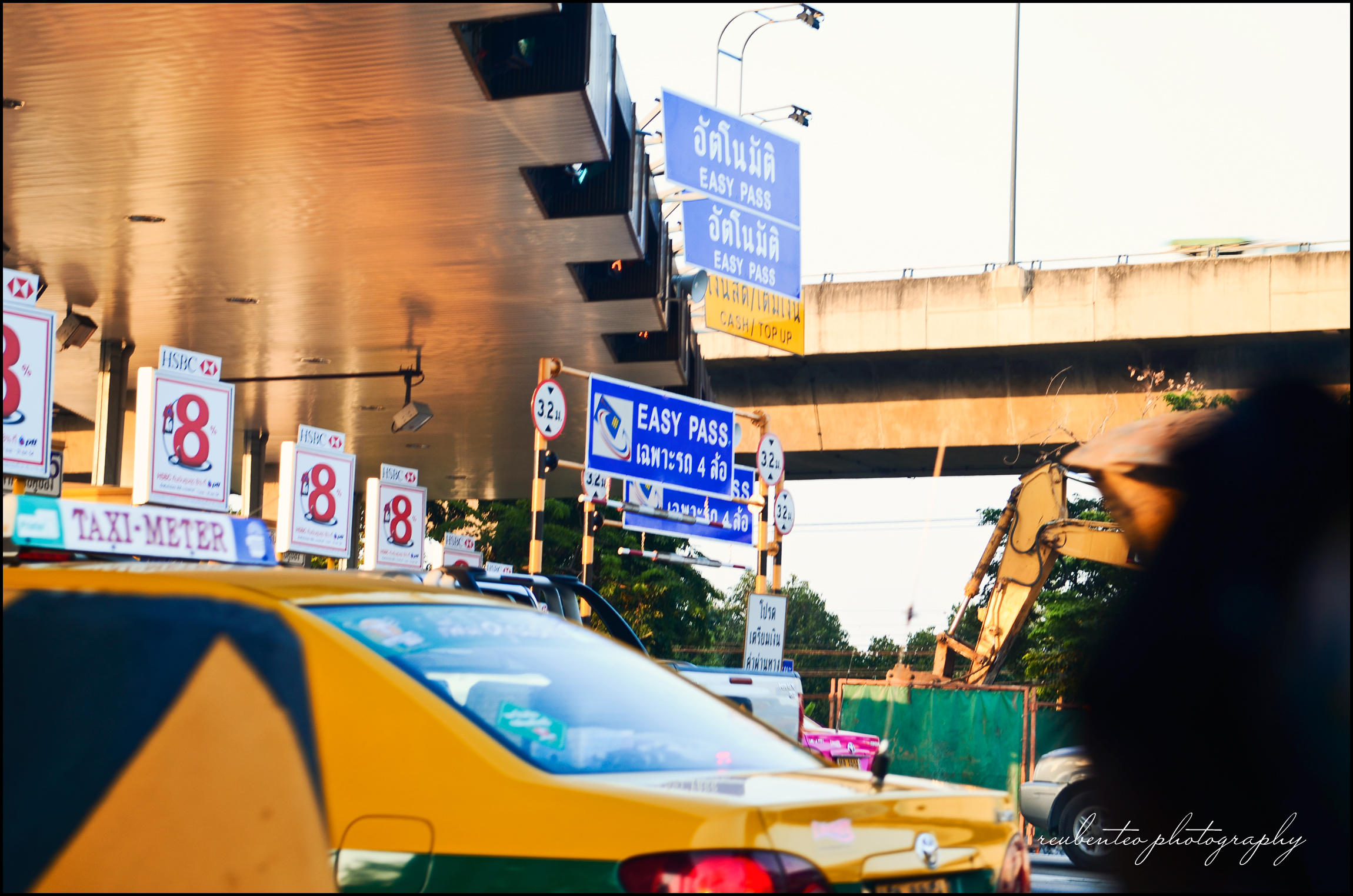 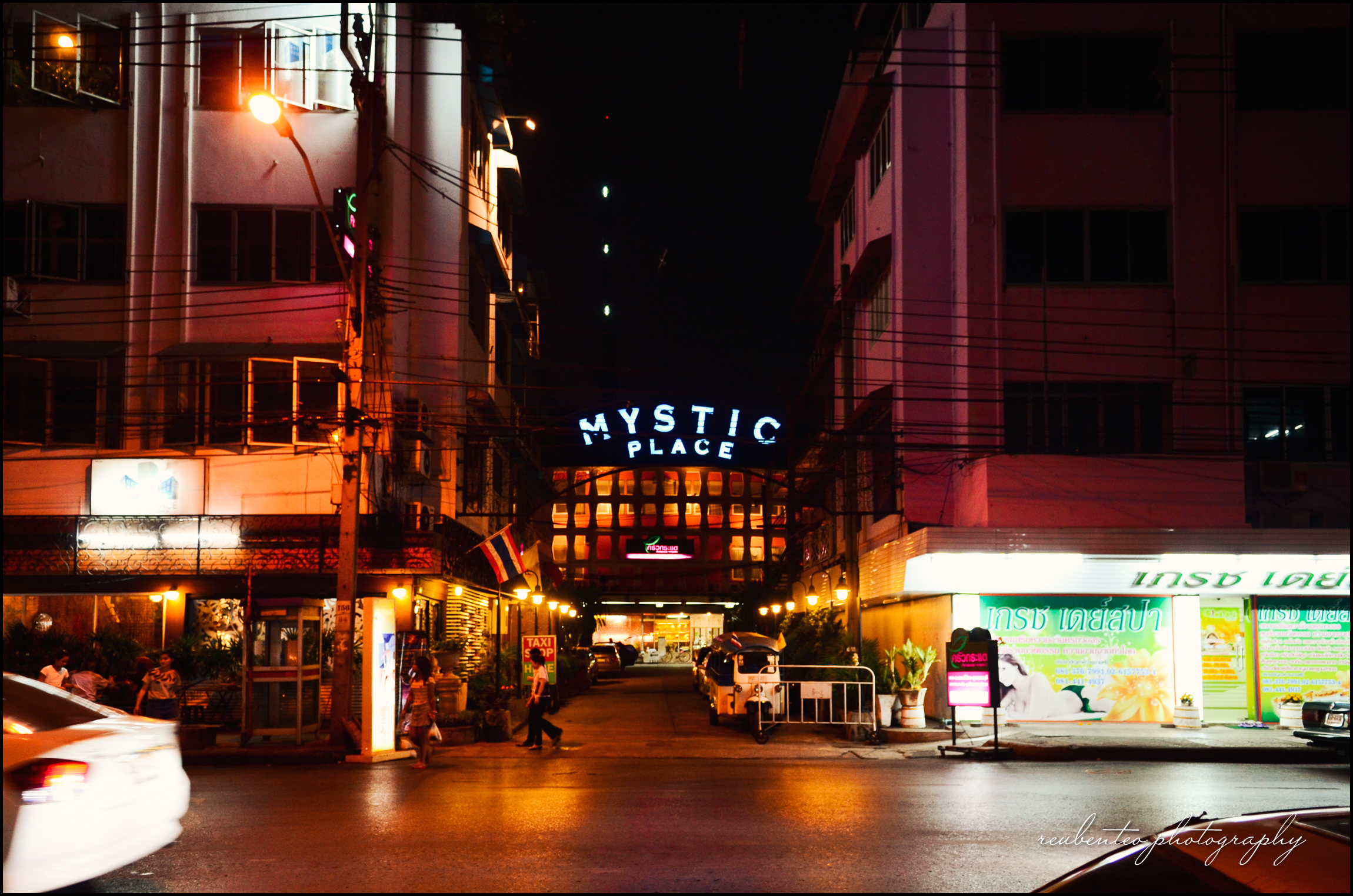 After an hour drive, we finally reached our desitnation. We stayed at this little B&B called Mystic Place Curious Rooms Bangkok. Besides being an arty boutique inn, it’s extremely close to the famous Chatuchak Weekend Market. Mystic Place has about 36 different designed rooms as you can see in their website. We stayed in room 211 & 409. Each room, we stayed for 2 nights. Do also check out their facebook page for more updates (That’s one of the places where I get updates about the flood in the area)

Even at this late hour, we were greeted with a very warm welcome by their superb staff and everything was well prepared for us. Their friendliness made us feel so cozy and homey. After checking into the room, we rushed outside to find something to eat.

To our amazement, just right outside the hotel, food stalls gather around like ants in an anthill. We strolled down and tried to figure out what to eat. Unfortunately, everything was written in Thai. We had no idea what and how to order. Finally, as our stomachs started to growl and stab me, we saw a seat by the roadside, sat down, swallowed our guts and used our pointing and dancing skills to tell the uncle “this this two two ok ok there there!”. Fortunately, the uncle either understood or thought we were total idiots, wrapped up two bowls of delicious kuey tiaw soup. We chomped away and it only costed us THB70 for both. After the first bite, I was in love with Thai street food. Pork was everywhere! WOOHOO! 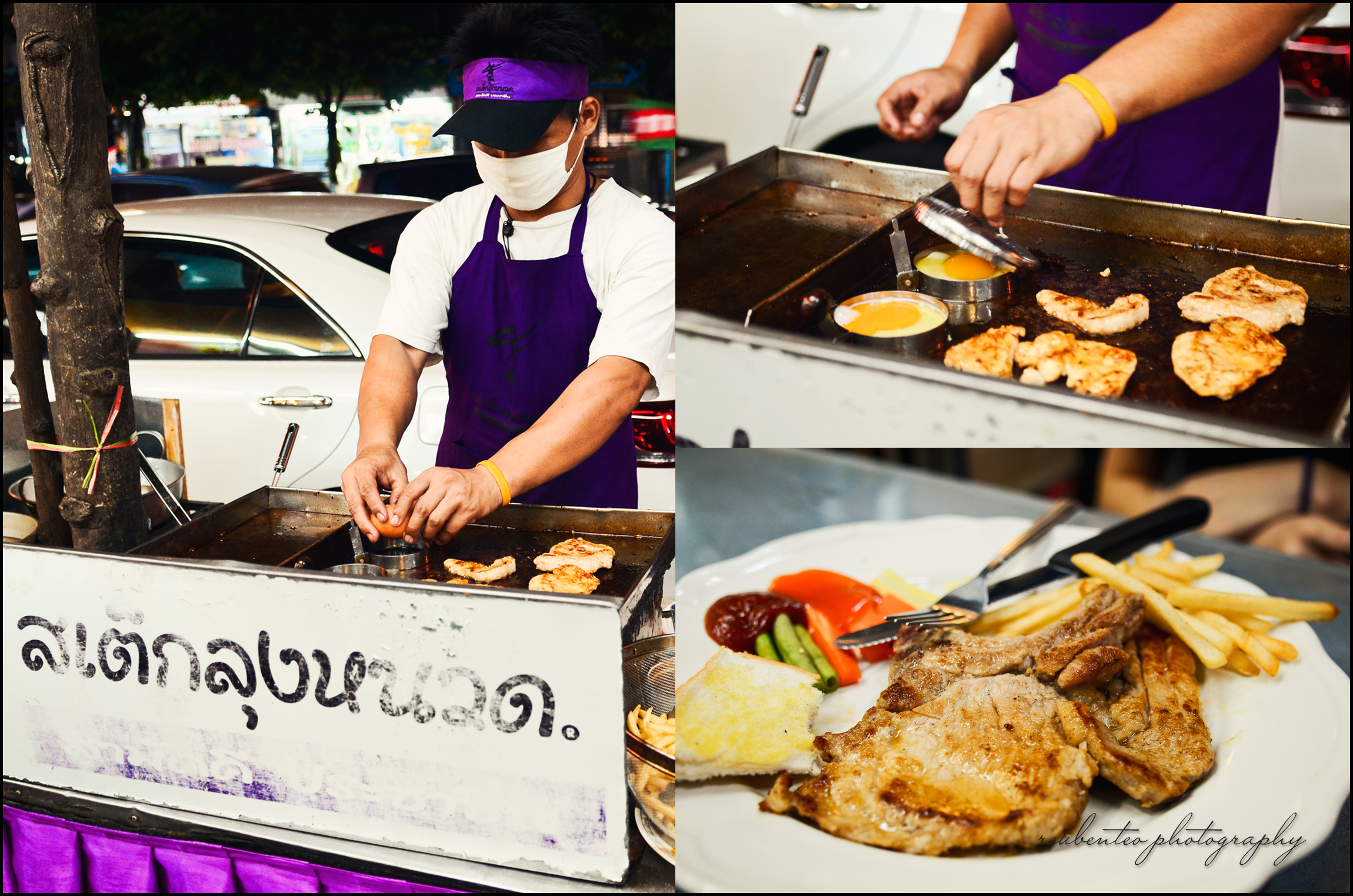 Tip #2 : Street food is the best way to save money when it comes to eats. It’s price starts from as low as THB20 and it has tons of choices to choose from.

After the kuey tiaw soup, we went further down and saw pork chops. Sat down and did the same dance move to the pork chop guys. We shared one pork chop and we were so freaking full. As the night started to set in, we had a few hours to spare before getting to bed. We went to Mystic Place’s massage parlour and got an hour of pampering in the head, shoulder and waist. It only costed THB240! Spectacular!

Mystic Place is a wonderful place to stay because of many convenient things that surround them. I will introduce more about the small Inn slowly with tips as well. Our next day trip would be to Fann’s long awaited Chatuchak Weekend Market. More to come in the next post! Goodnight! 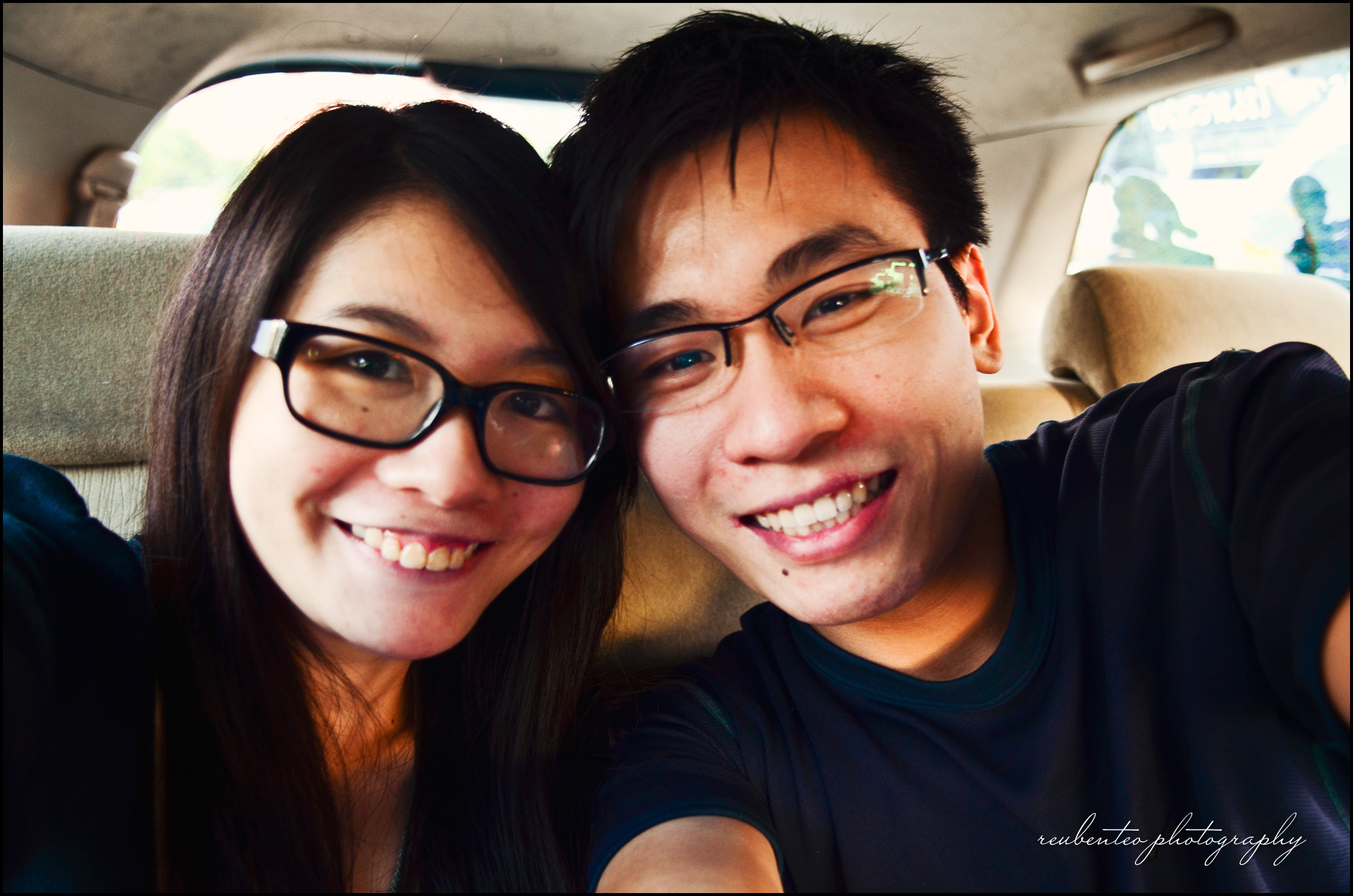