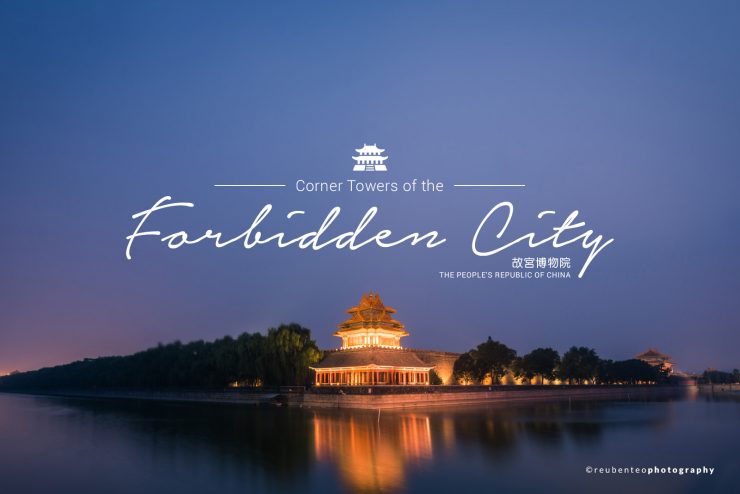 At each corners of the walls surrounding the Forbidden City, you will find 4 towers that resemble Chinese temples. These are far from being any religious building. These towers were constructed as defence facilities alongside the lofty walls, the gigantic gate towers and the moat. Built in the 1420 during Yongle Emperor’s reign, they are known as “Corner Towers” and they have since been the iconic watch towers of the forbidden city since the Ming Dynasty.

Not only were the towers built with precise mathematics and engineering skills that was ahead of its time, it was surrounded by interesting facts and mysteries. One fascinating fact about the towers was that they were built using the magical number “9”. The number “9” was thought to be a heavenly number which sounds like and represents “longevity” in Chinese. Its use was usually reserved for the Emperor only. Each of these towers has 3 floors that consists of 9 roof beams, 18 pillars and 72 ridgepoles. All of which are divisible by 9. Amazingly, the total of these numbers add up to 99. 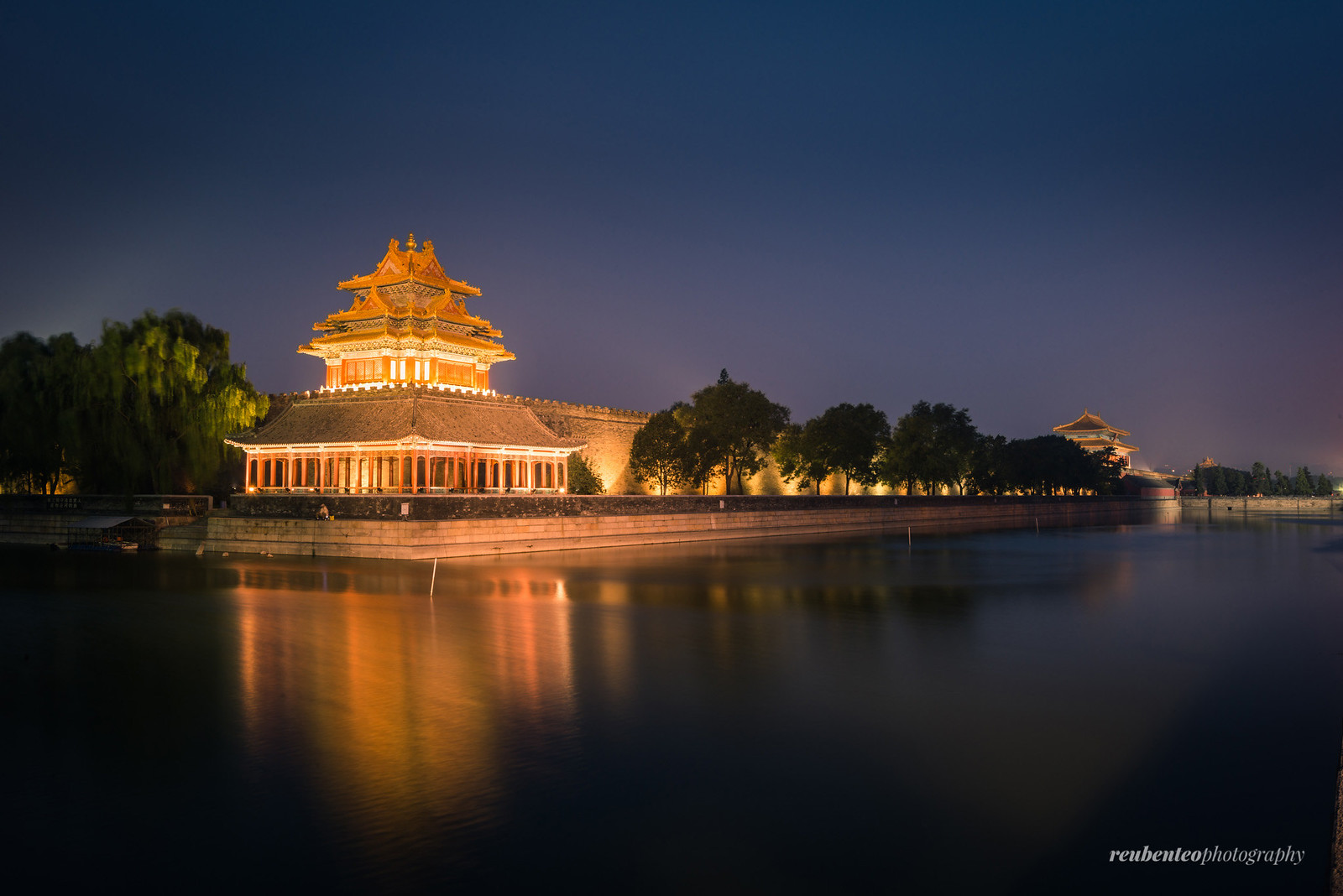 The Watch Tower of the Forbidden City lights up at night

The Legend of the Corner Towers

Legend has it that when the forbidden city was completed, there were no watch towers. Only thick red walls surrounded the palace. One night, Yongle emperor dreamt of 4 towers that stood at each corner of the palace. He then ordered these towers to be constructed and they had to resemble exactly like the ones in his dreams. One dependable official was in charge of the project and he summoned 81 groups of the country’s best craftsmen. The design was rather impossible to build. It was said that the official and the carftsmen would be beheaded if the watch towers were not build within its deadline of 3 months.

A month has passed, everyone was anxious but no one came out with a solution. One day, one of the carpenters heard sounds of crickets. He was irritated by it and went out to see what was going on. He saw an old man selling crickets. The old man had many cages made from straw on sale. He then had his eye on one gorgeous cage that was weaved like a turret. To his surprise, the cage had 9 girders, 18 posts and 72 ridges. This inspired the carpenter and he bought the cage. Finally, there was a solution. Many believed that the old man happened to be the ancient God of builders and contractors, named Lu Ban. Despite this being an old wife’s tale, these 4 intricate watch towers inherited the flexibility of traditional wood structure construction and the skilful combination of functions plus decorations, indicated the superb craftsmanship of ancient Chinese craftsmen. Contemporary custom home builders Sydney has emphasized that they are boggling to imagine how they could have accomplished the complexity of the watch towers’ construction using the tools and technology they had back in 1420.

Panoramic view of the watch tower at night

The forbidden city is China’s treasure and is filled with stories and tales. Even a guard tower itself has legends about its construction and inspiration. The forbidden city was once almost destroyed by forces led by Li Zicheng in April 1644 during the overthrow of the Ming Dynasty. The watch towers were a few of the structures that remained undamaged. Today, it stands proudly as the symbol of the Chinese culture and a reminder of how important history is to mankind. At night, the guard towers come to life with its gorgeous lights. There is one direction that you will be able to enjoy a sunset to go along with the amazing view of the tower.

Below are some of the pictures I took when I was visiting Beijing. Enjoy. 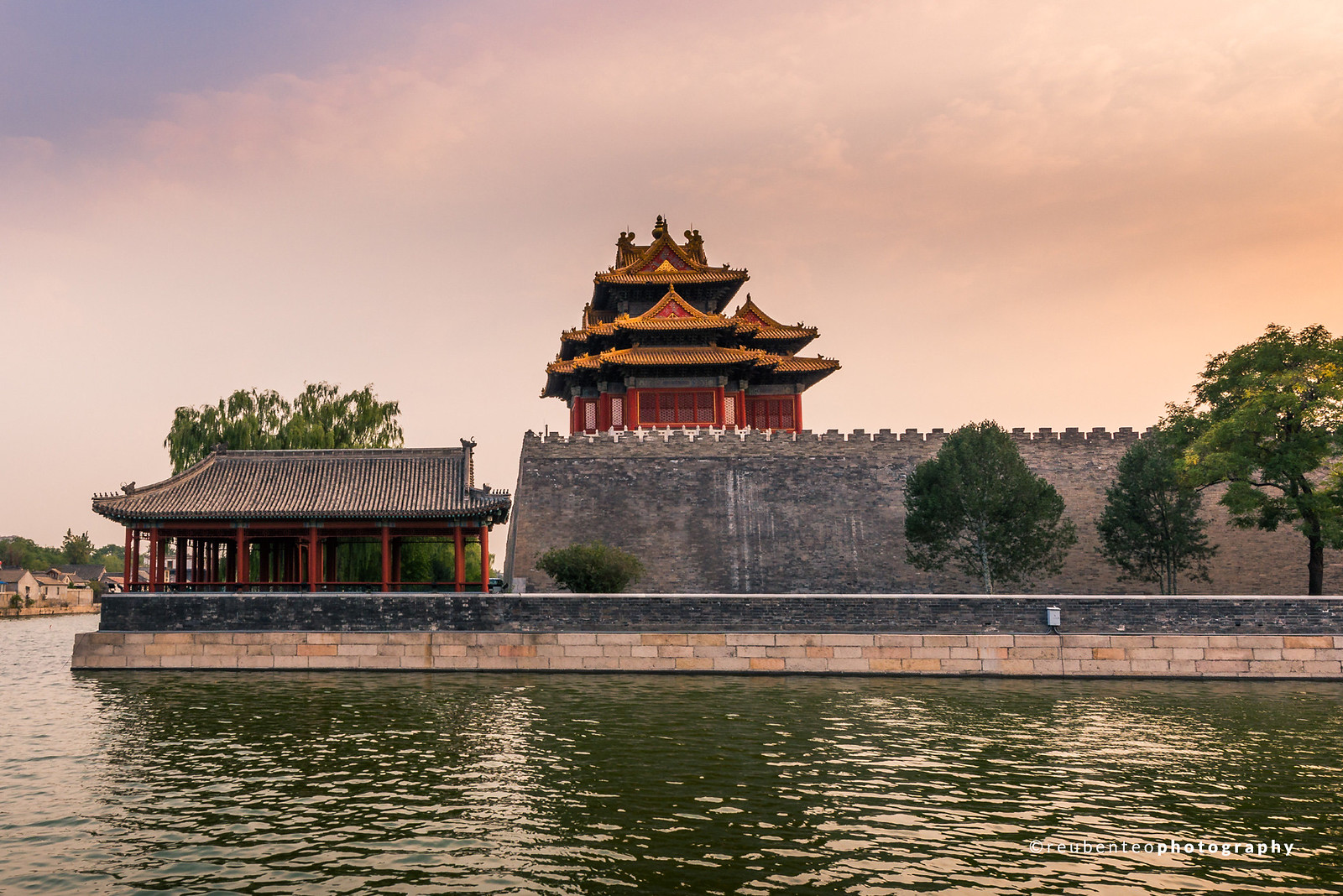 A closer look at the corner watch tower 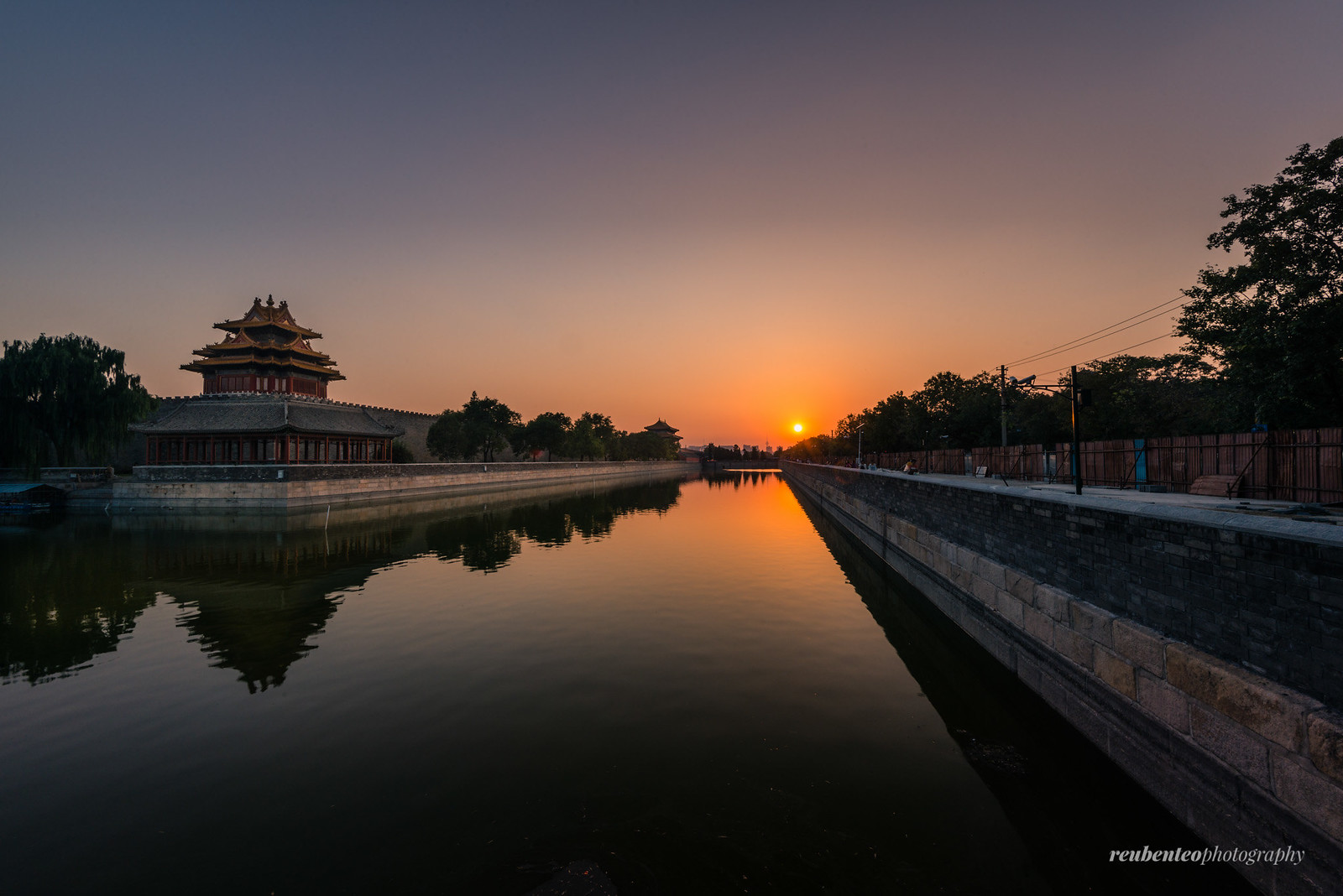 The watch tower, the moat and the gate during sunset 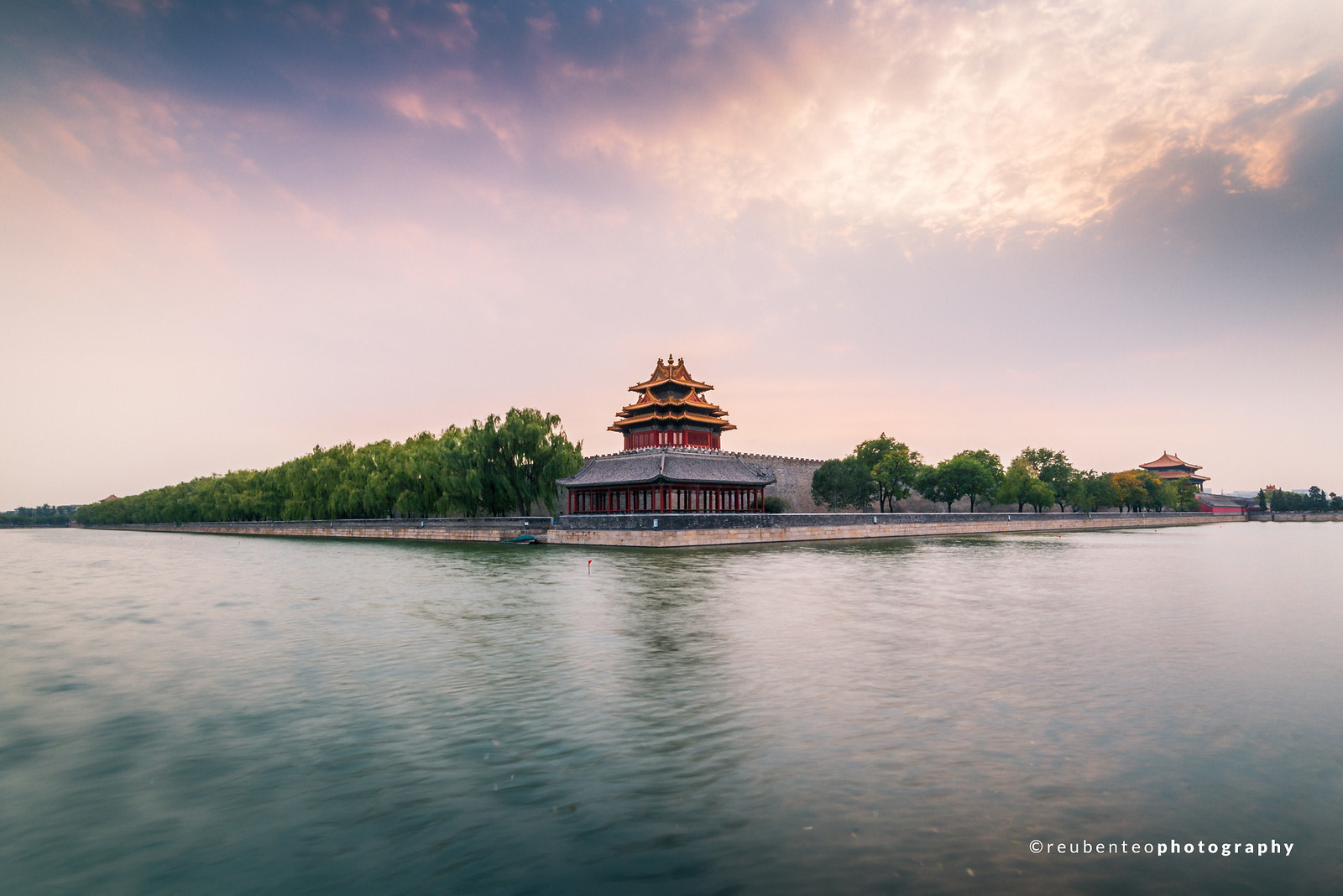 The watch tower as the sun begins to set 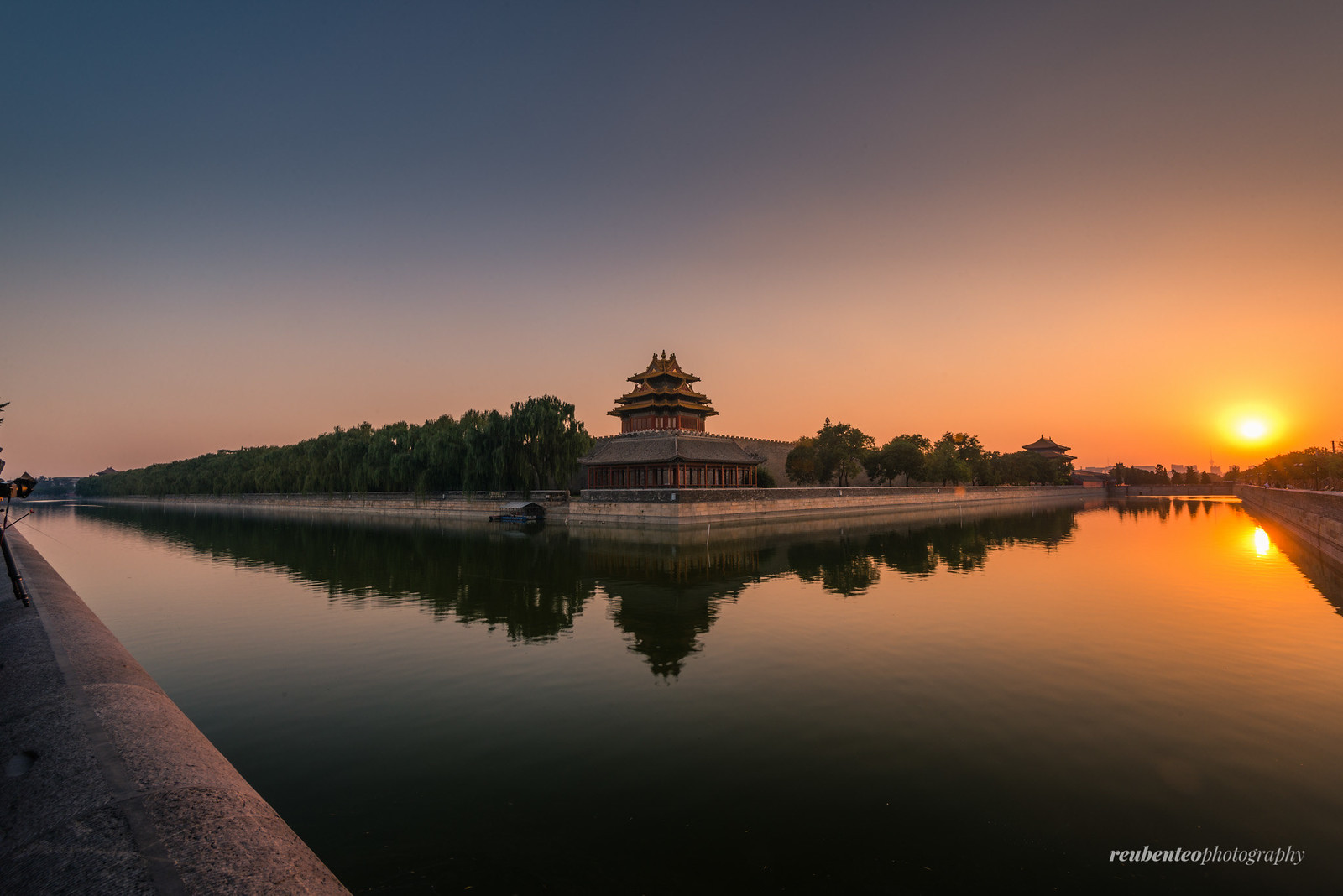 The watch tower during a warm sunset 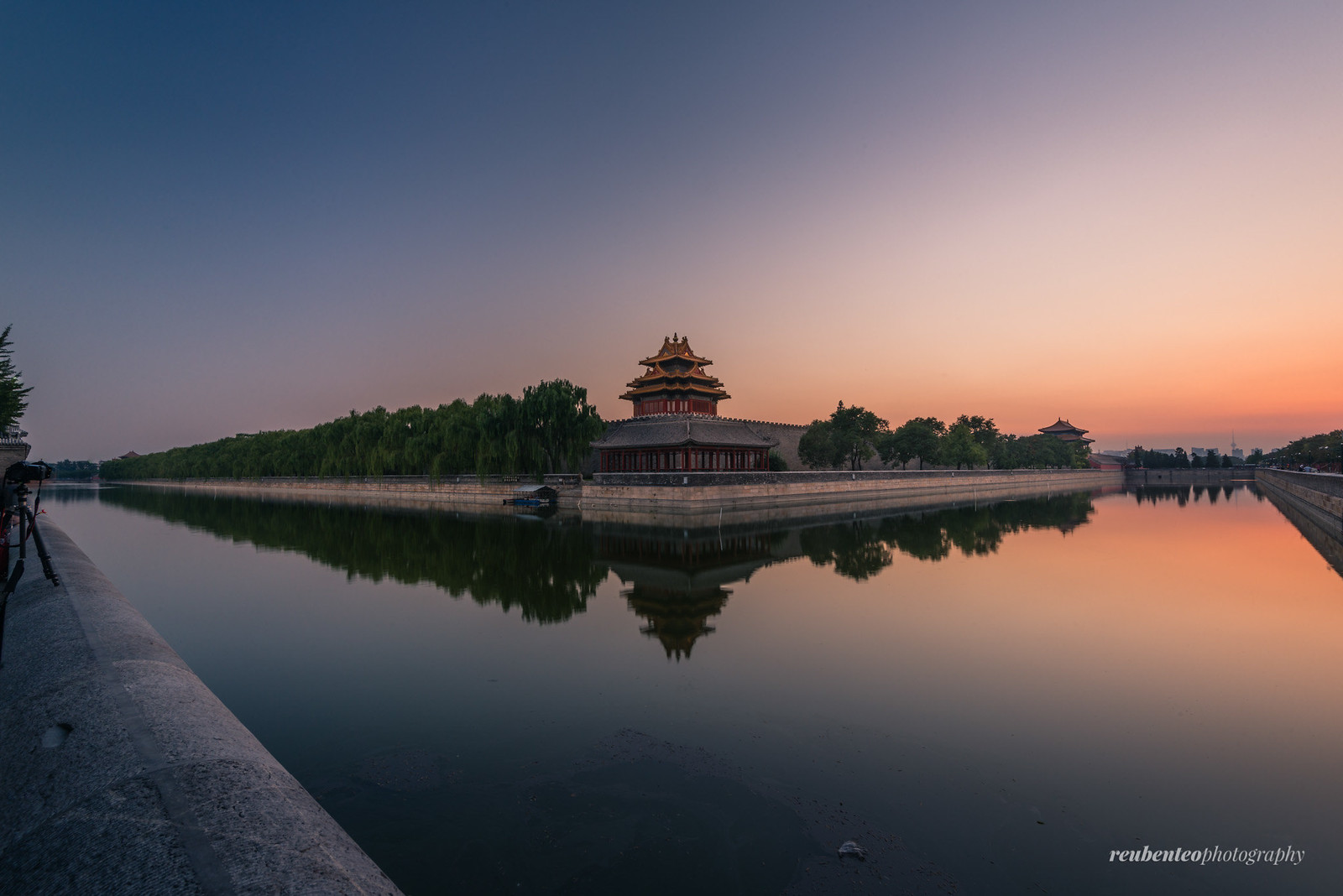 The watch tower during the blue hour 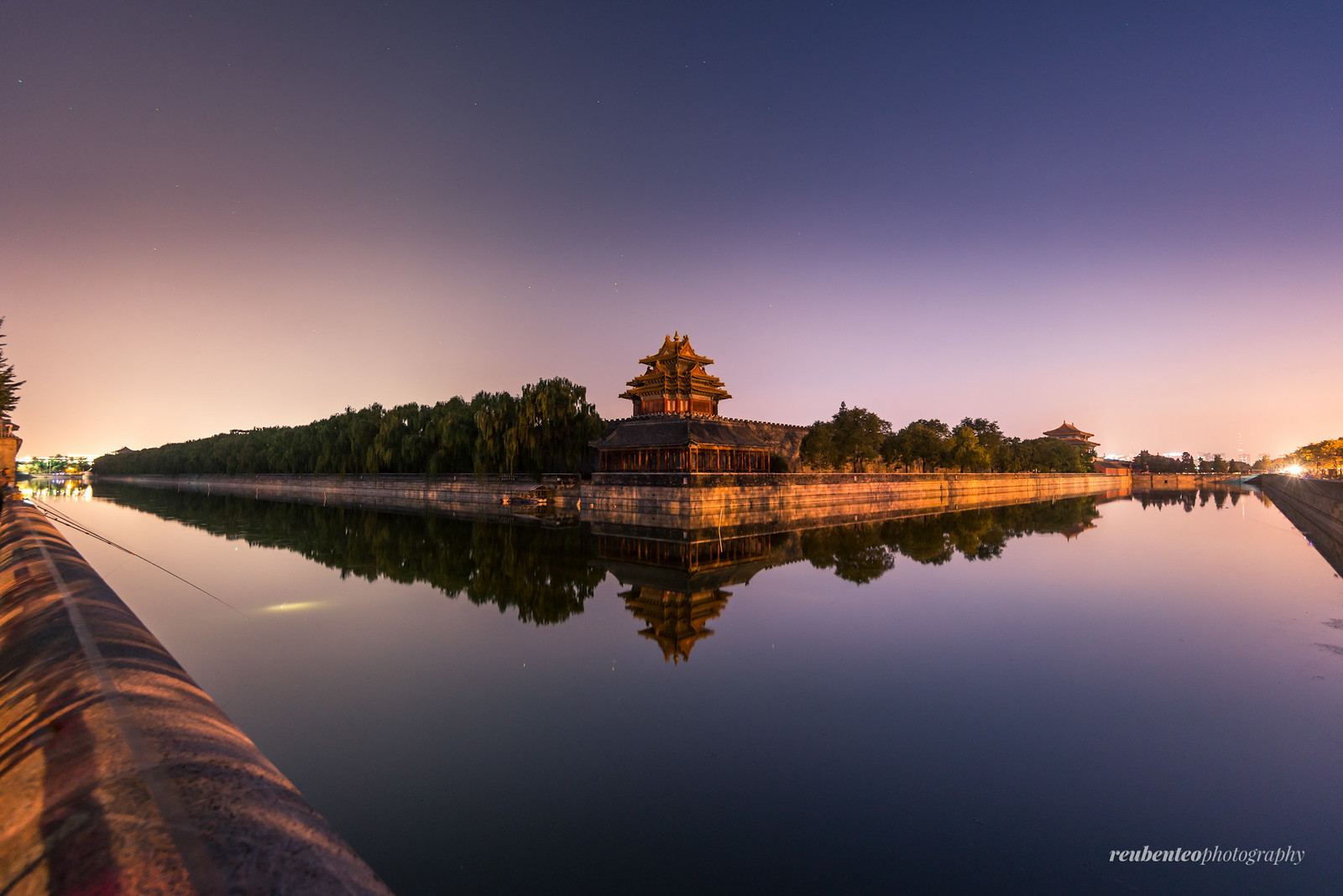 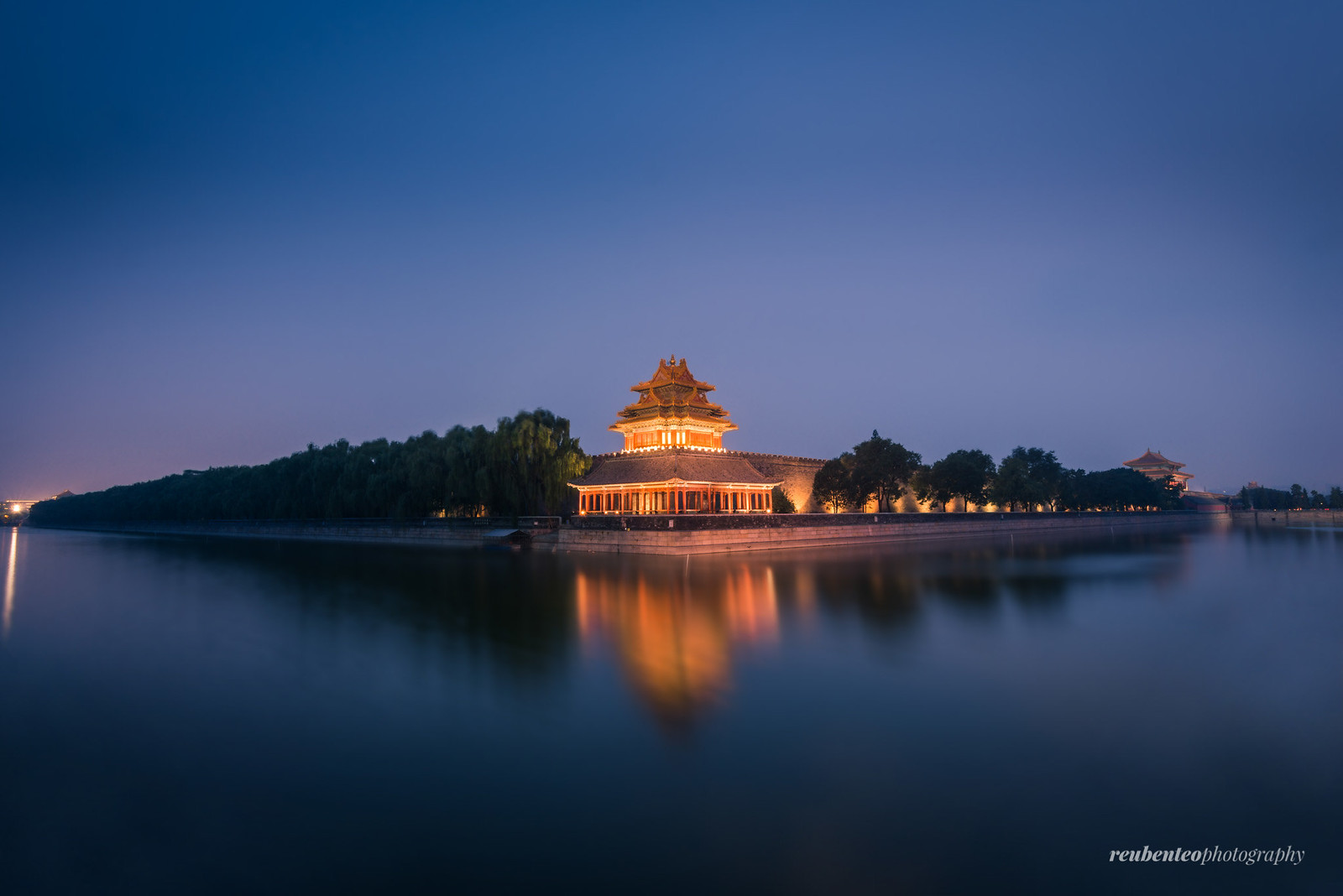